The plots of TSA Screenings / US Passenger Airline Departures continues trending in the right direction; again, the trend here is more valuable that the figure itself, which should correlate loosely with load factors. It suggests that there are more passengers per flight, and theoretically the airlines are losing less money. 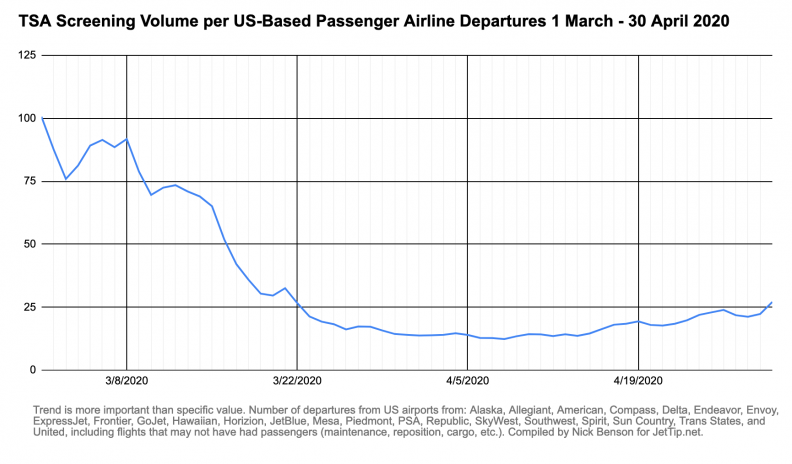 This is the first time a long while that I've compiled stats and not a single airline or airport has set a new post-crisis record - that's a low benchmark, but it's something. 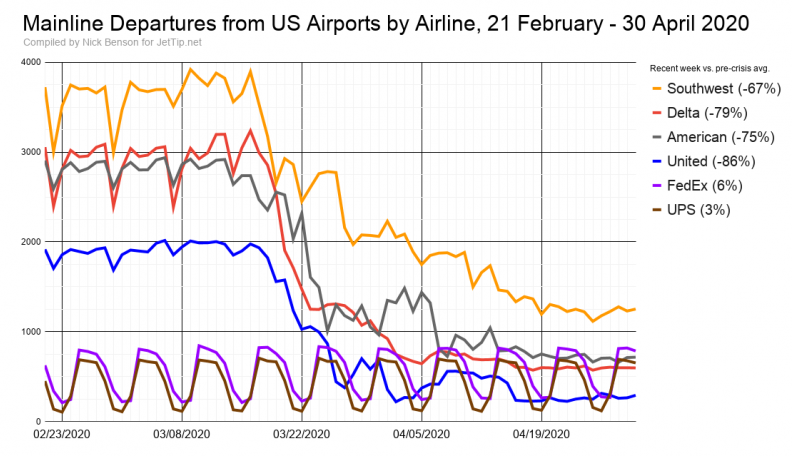 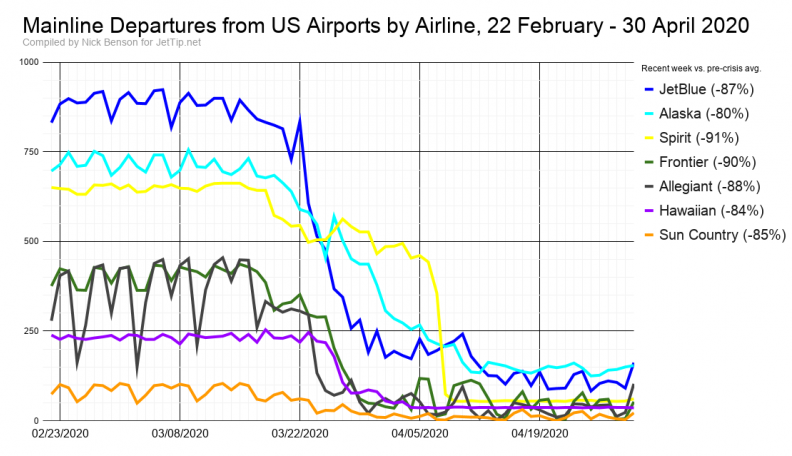 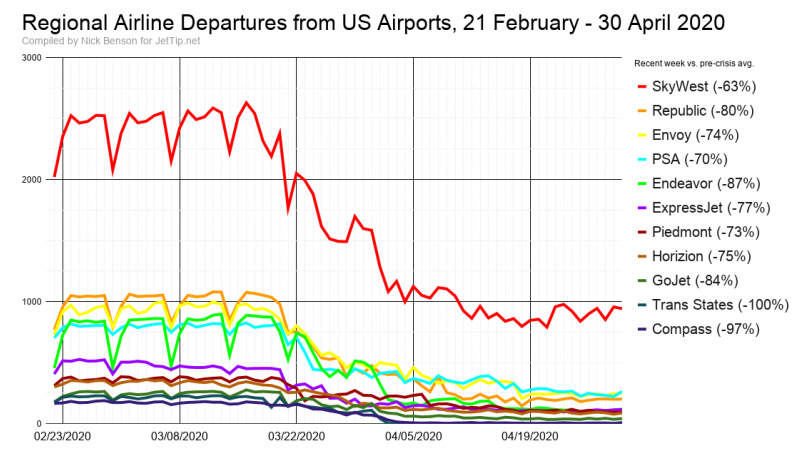 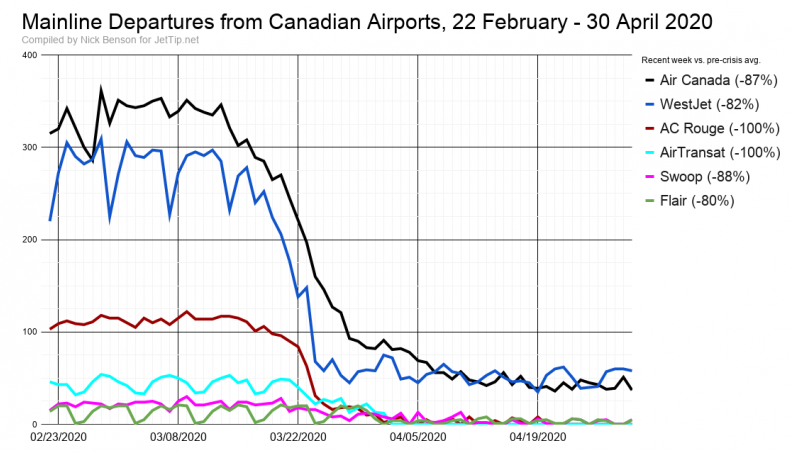 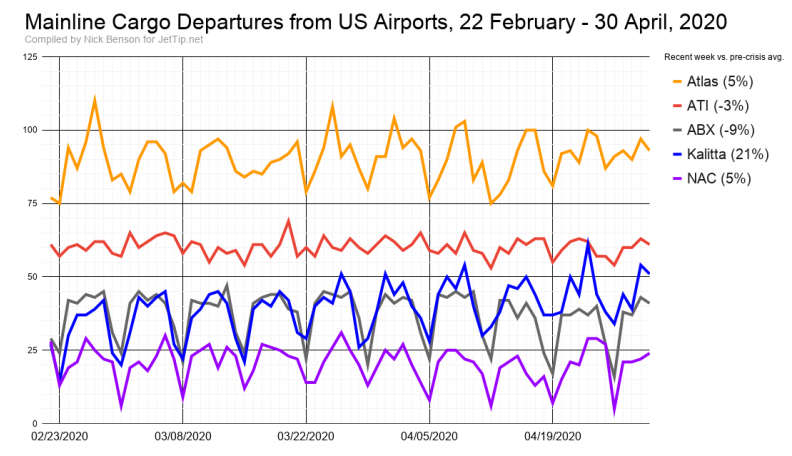 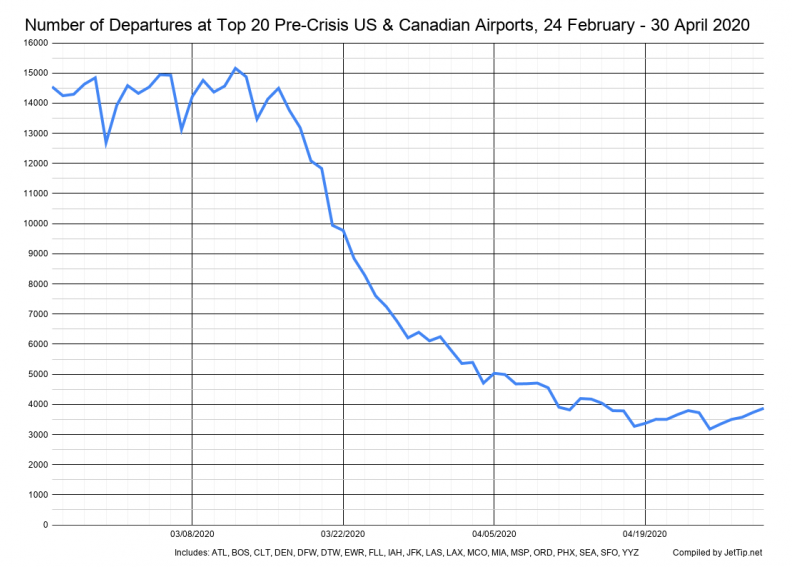