Greetings! You're probably looking for the December 6 update, which can be found here.

Last week US passenger airlines carried 37% of pre-crisis passenger volume on 51% of the flights utilizing 76% of their fleet.

Over the last three weeks since the last update, passenger flight volume has decreased as the winter schedule has kicked in at the end of October, year-over-year TSA screening volume continues to creep upwards, and derived load factors have been fairly steady in the mid-upper 60s. 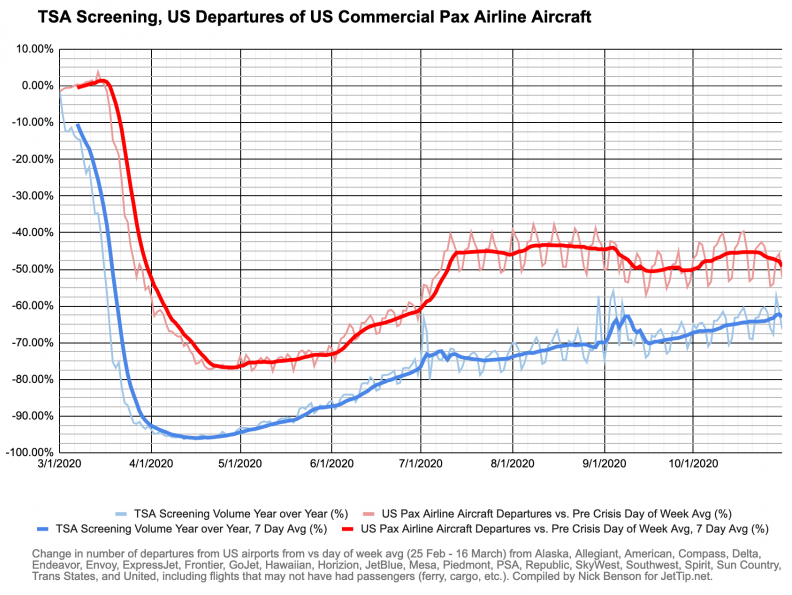 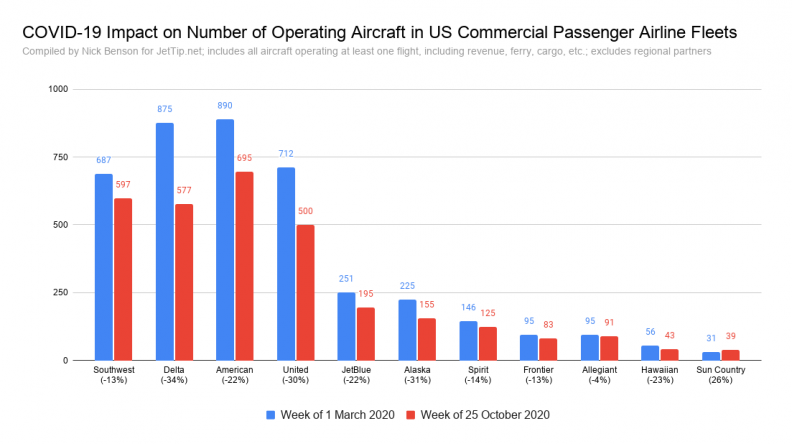 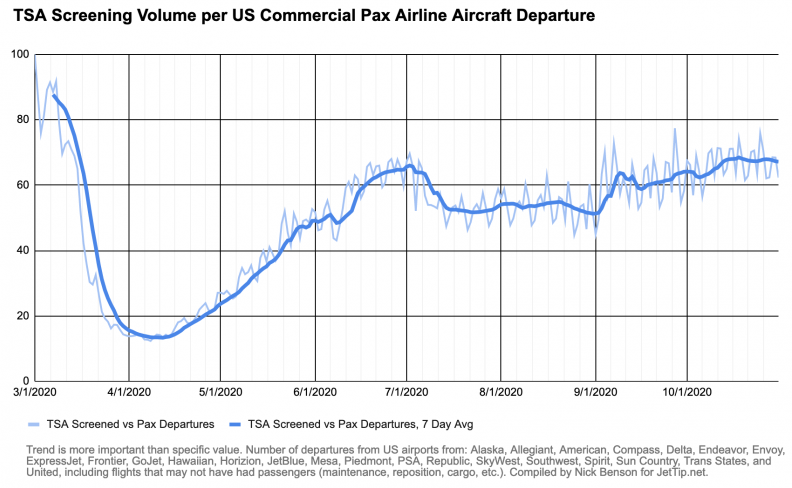 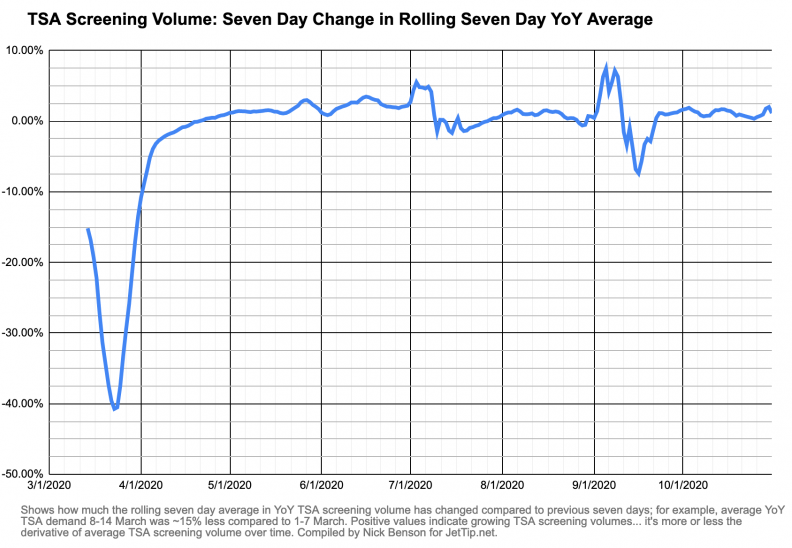 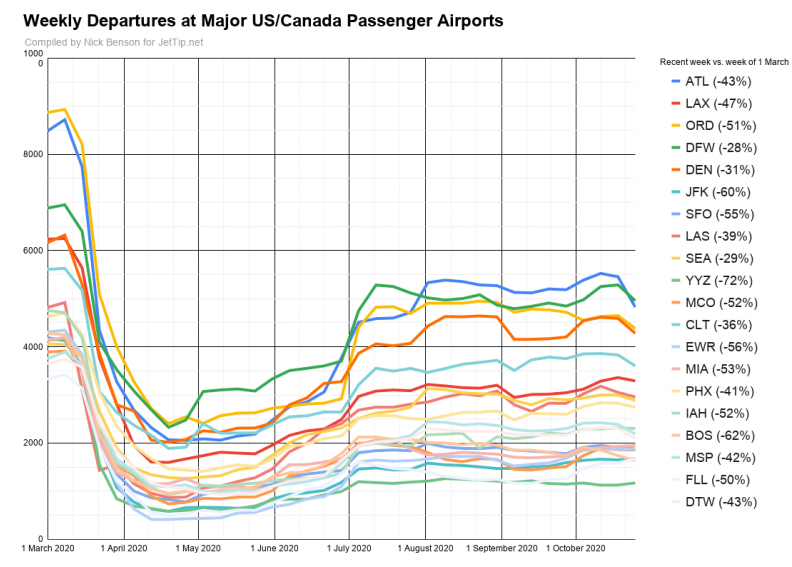 A bit of a bump/dip depending on the airline with winter schedules kicking in at the end of October. The big four are operating about 50% of their pre-crising flight volume. 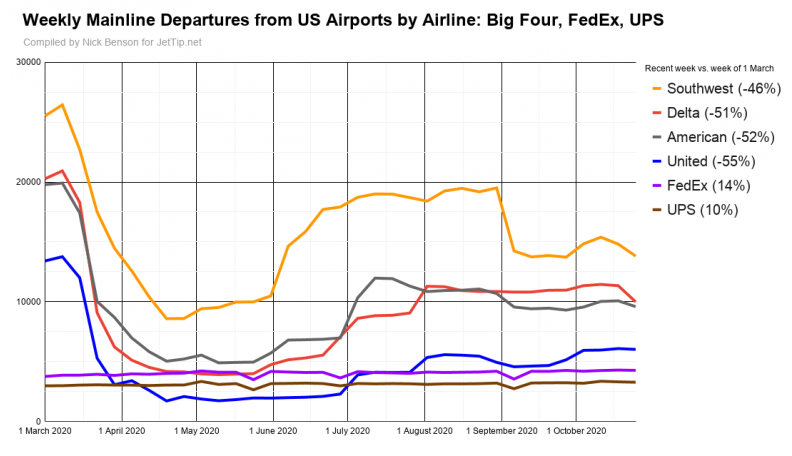 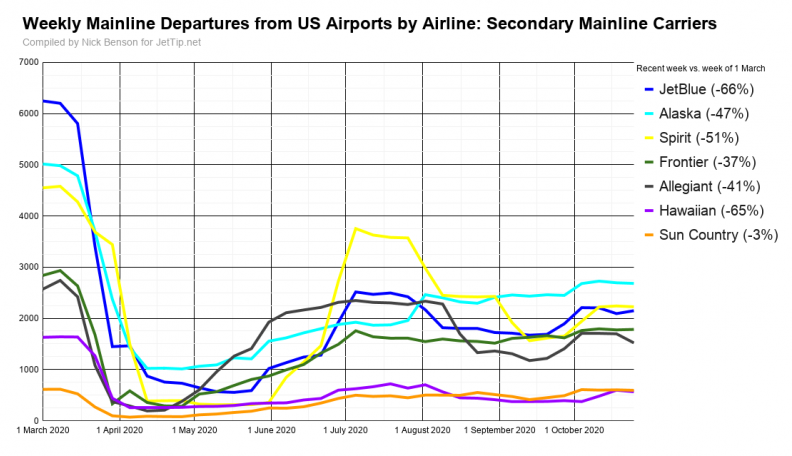 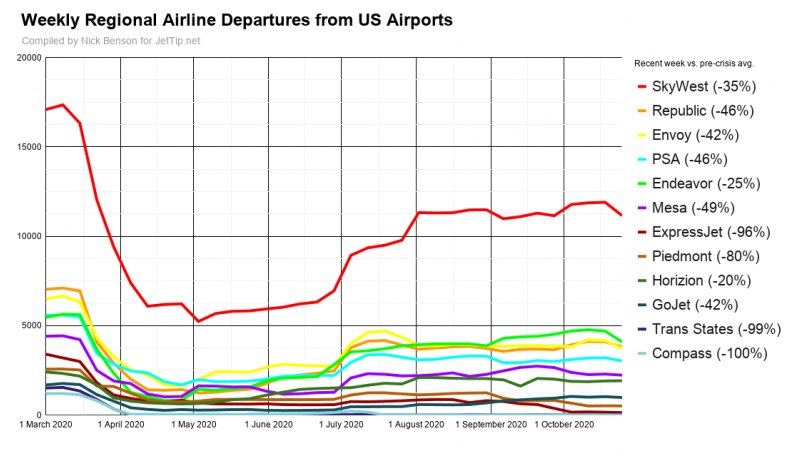 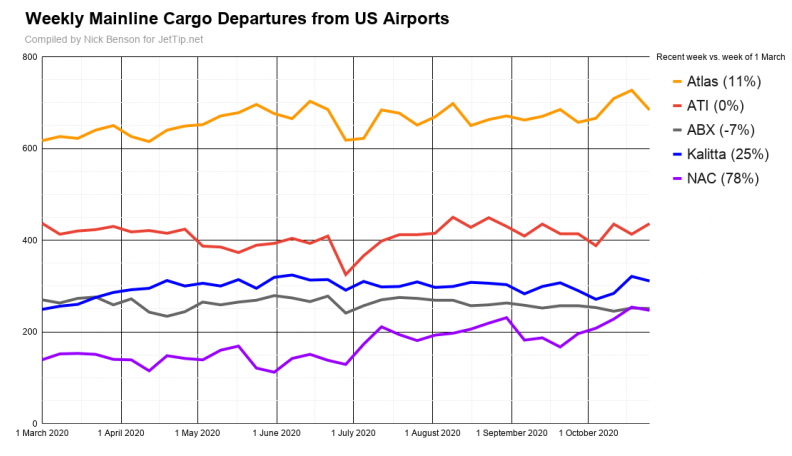 A couple of noteworthy shifts in the number of aircraft flying in the last four weeks. 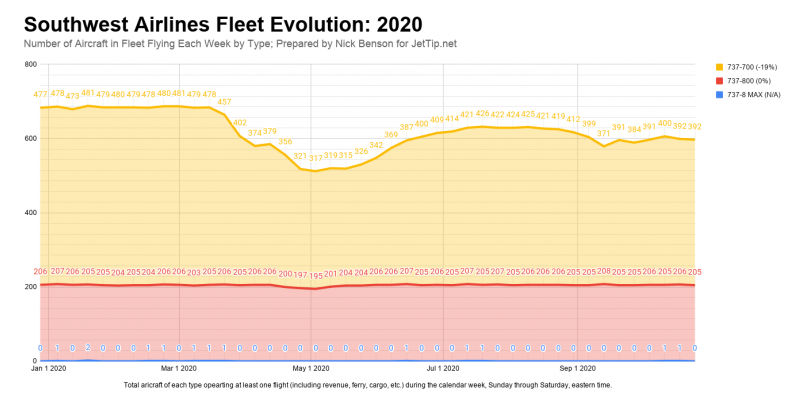 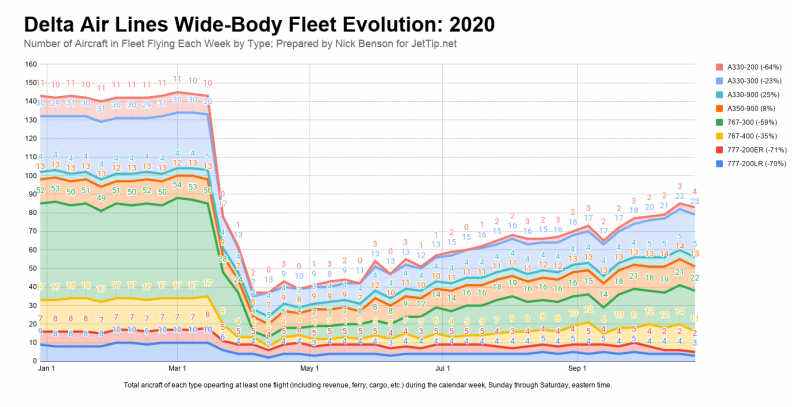 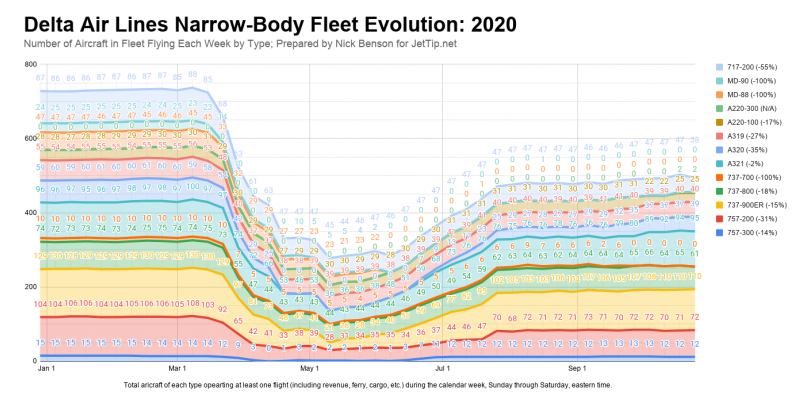 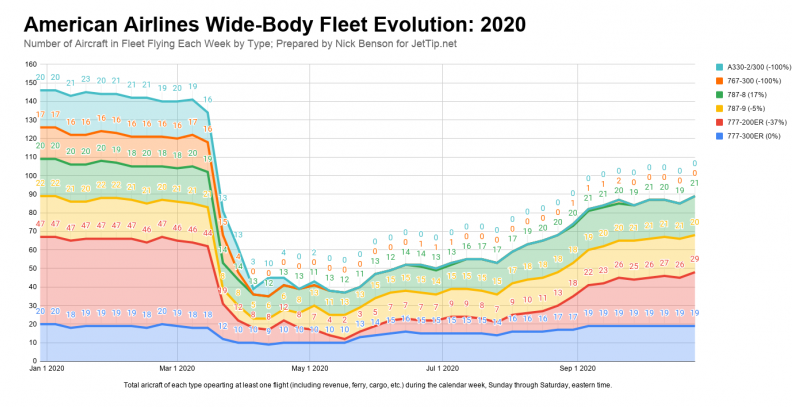 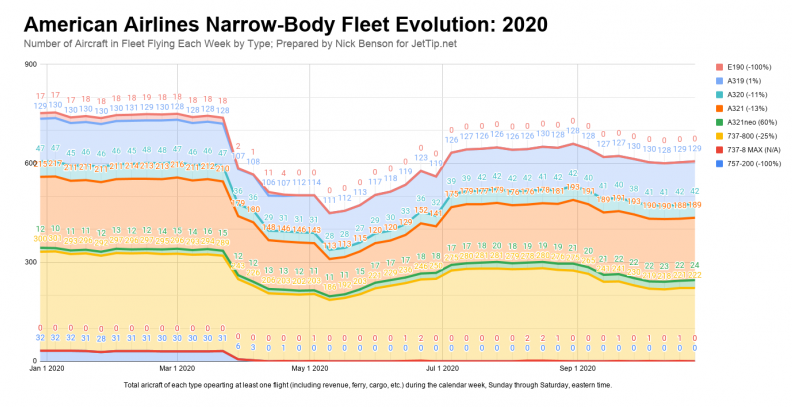 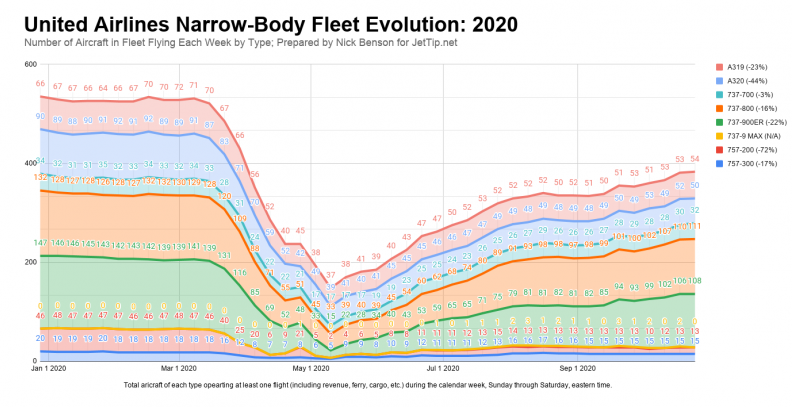 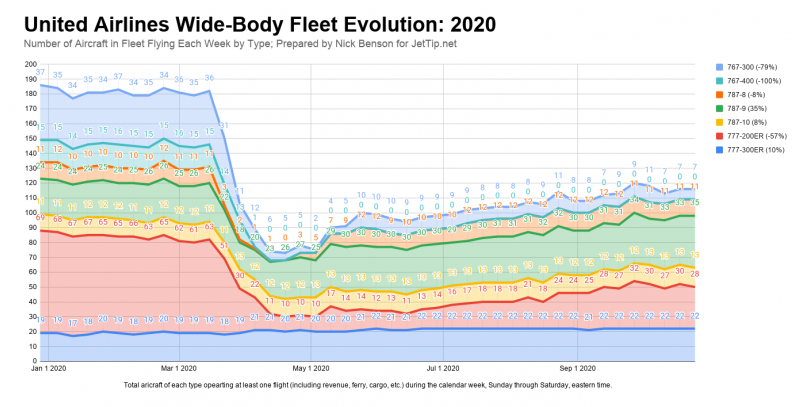 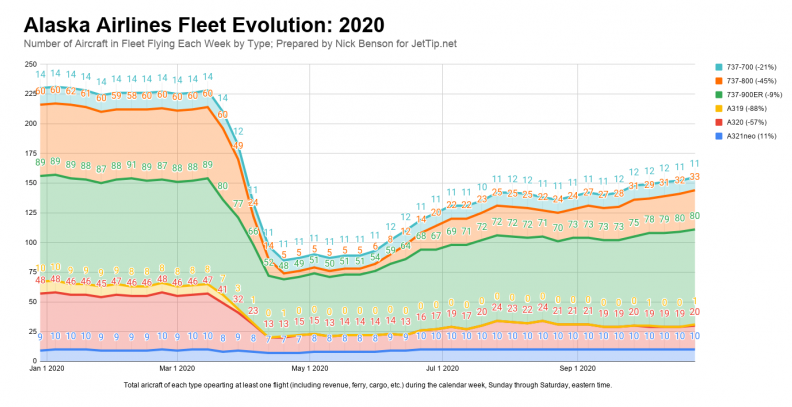 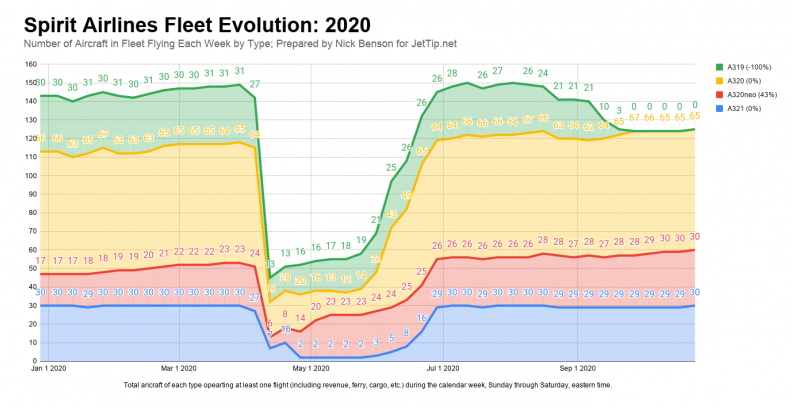 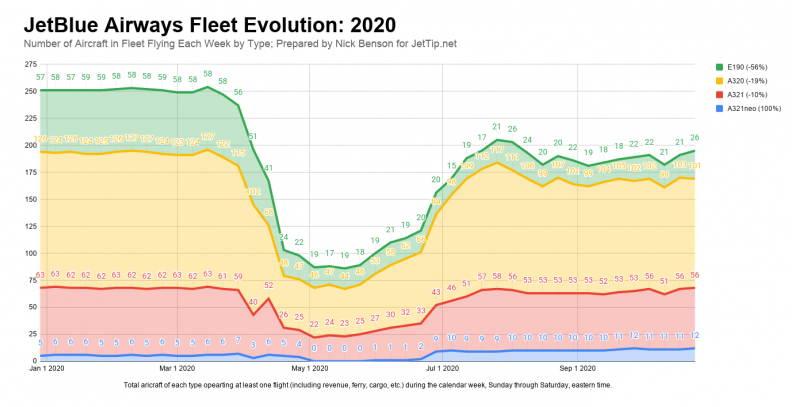 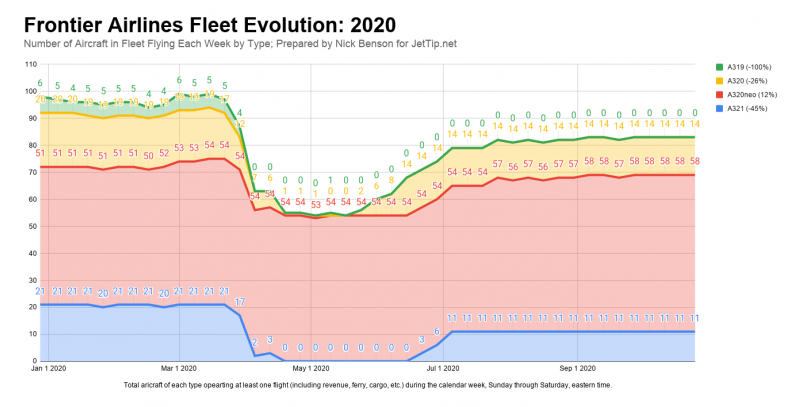 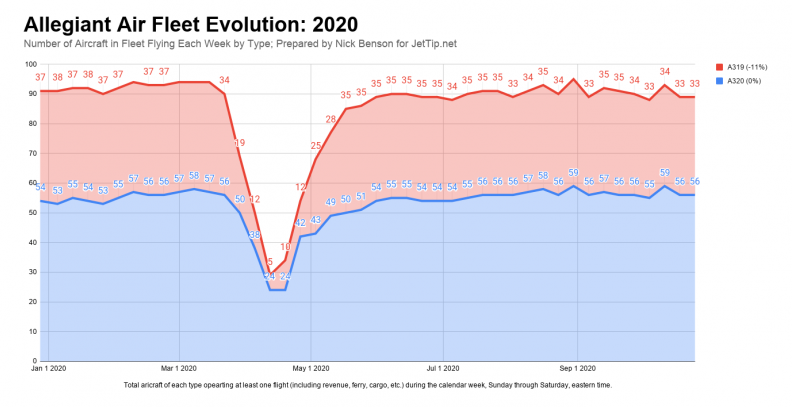 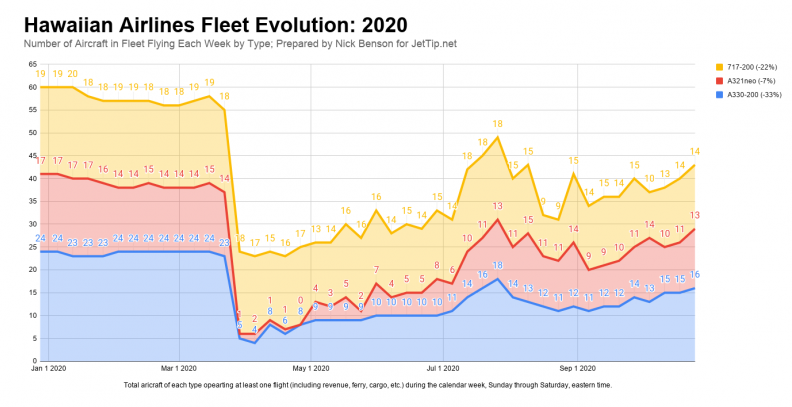 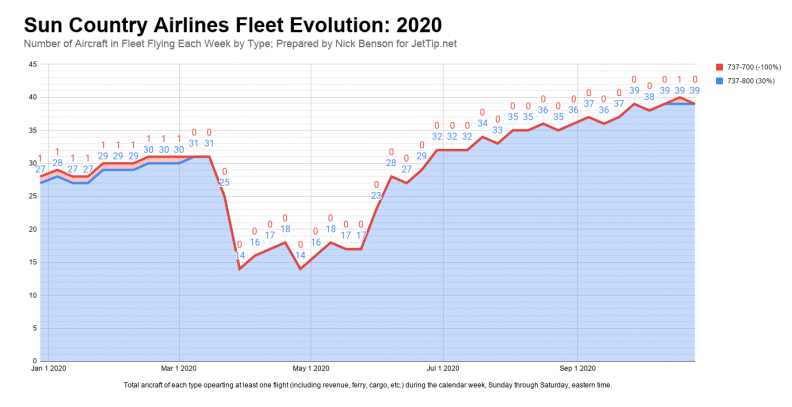