As many smart flight alert subscribers can attest, it was a busy couple of weeks for airlines increasing service here in the US; lots of alerts got sent out for aircraft types that airlines hadn't been flying to several markets since traffic plummeted in March. American, Delta, United, Spirit, JetBlue, and WestJet all had nice bumps in the number of flights operated, along with most of the regional partners.

A few bits of trivia from the recent data:

Scroll on for detailed daily and weekly breakdowns of traffic numbers by airline and airport, along with updated charts for airline fleet evolution. 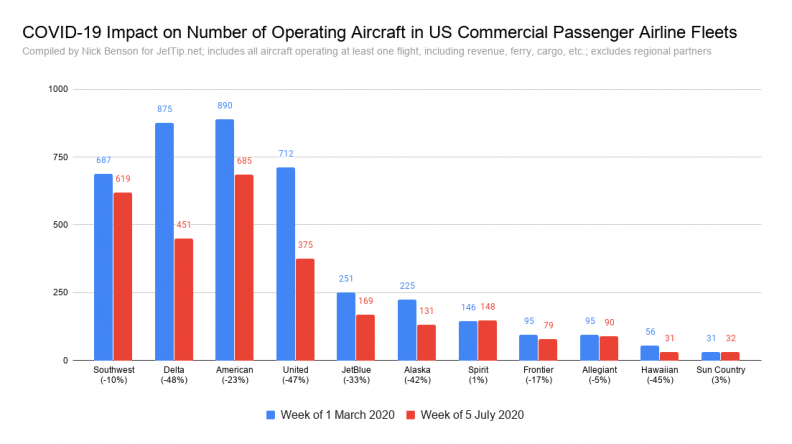 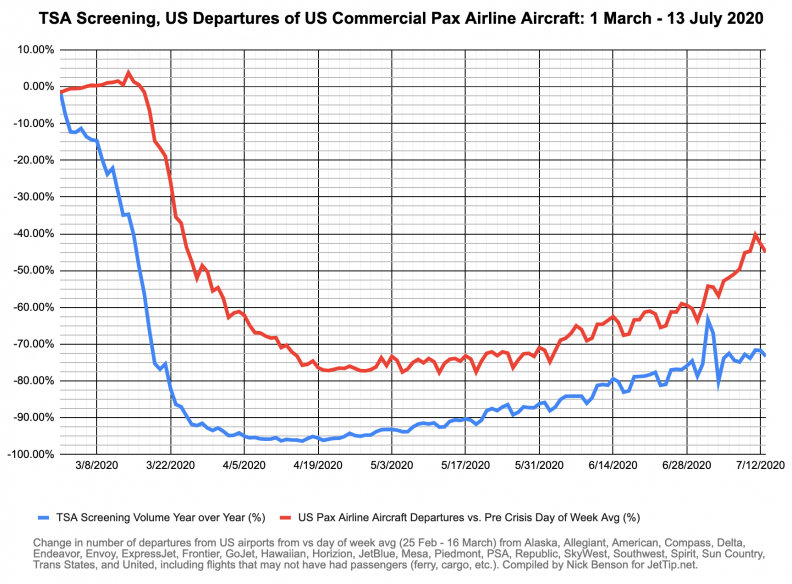 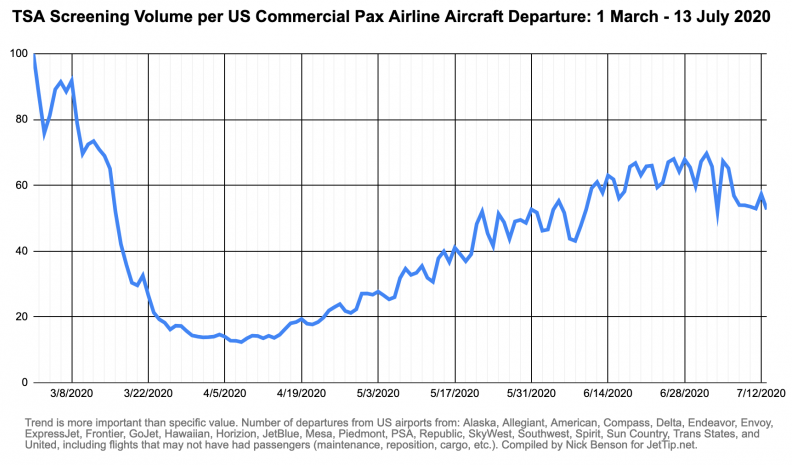 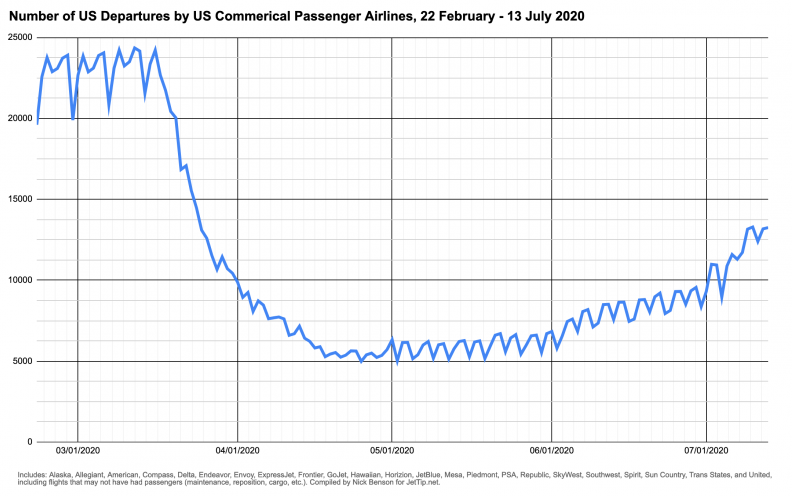 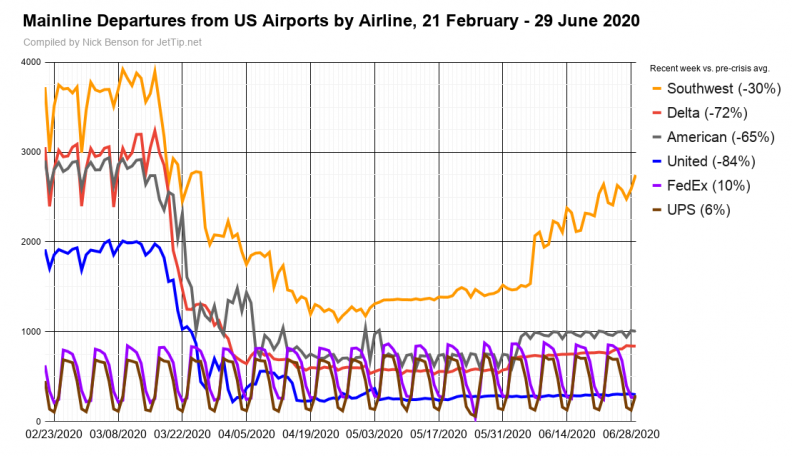 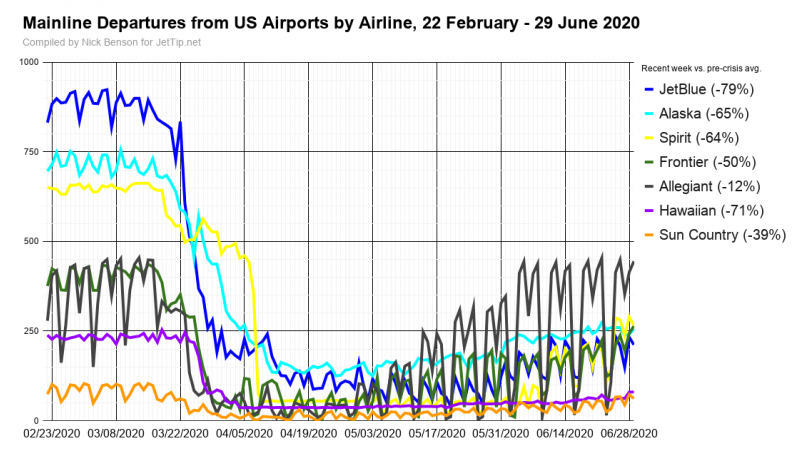 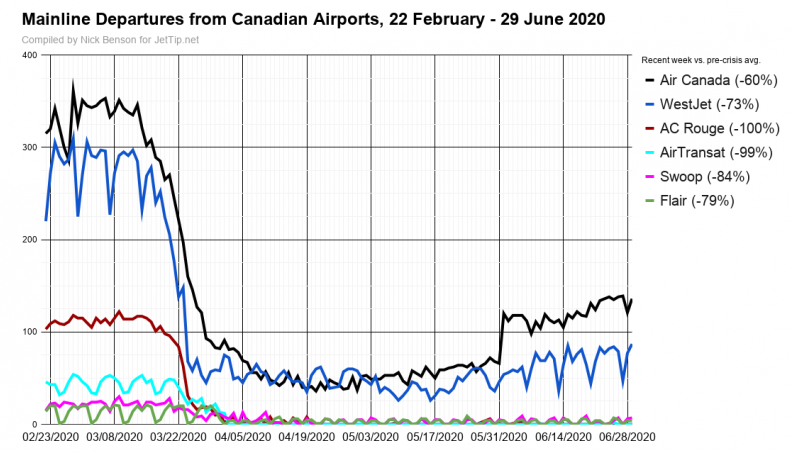 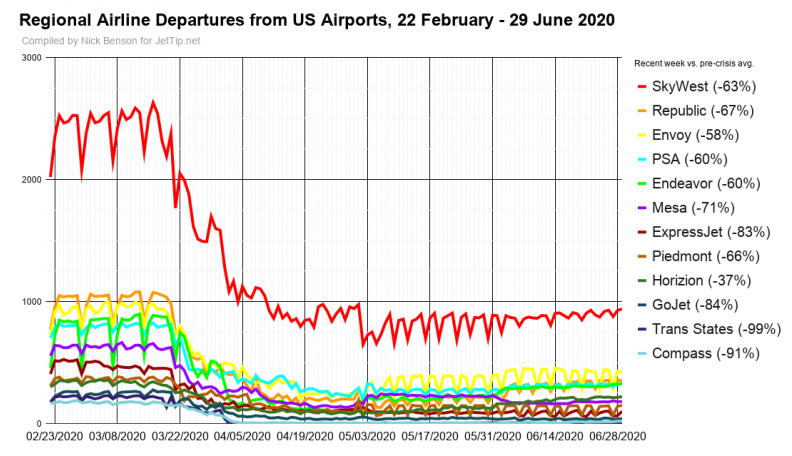 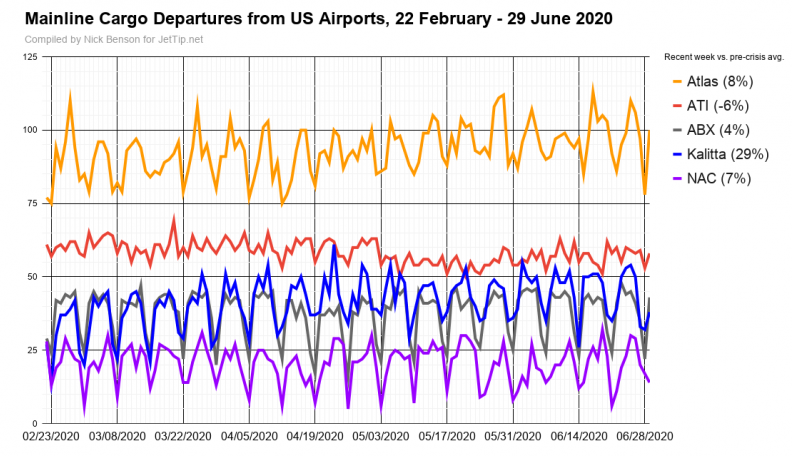 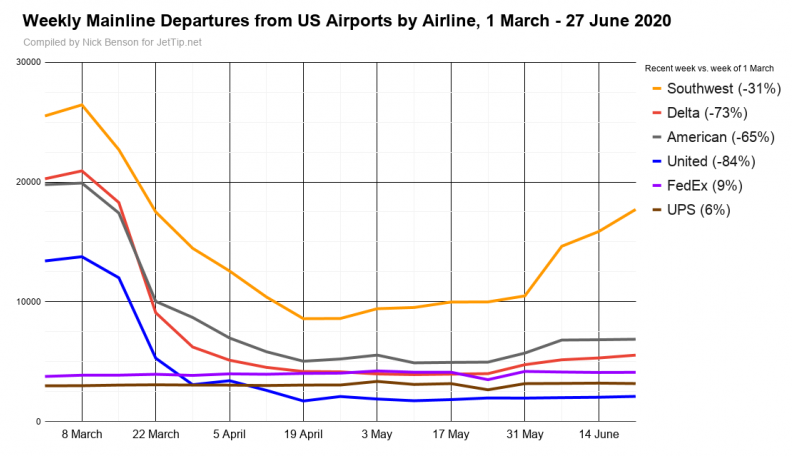 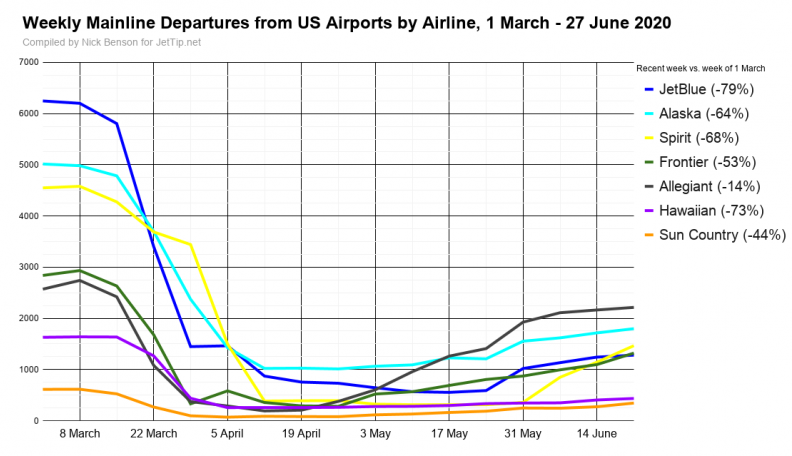 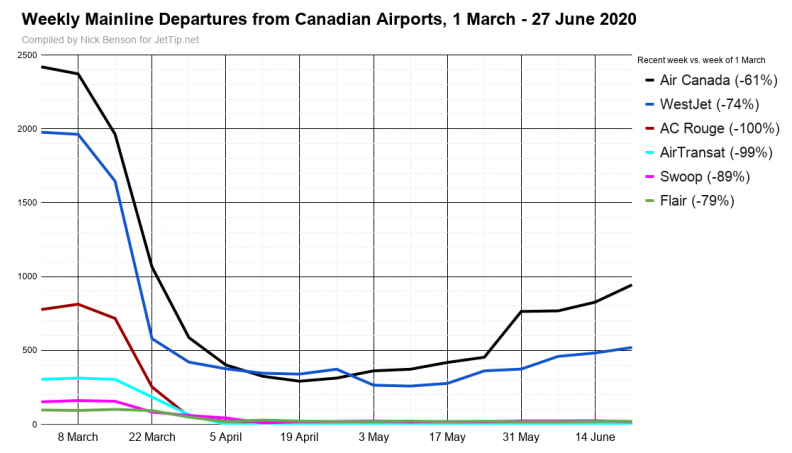 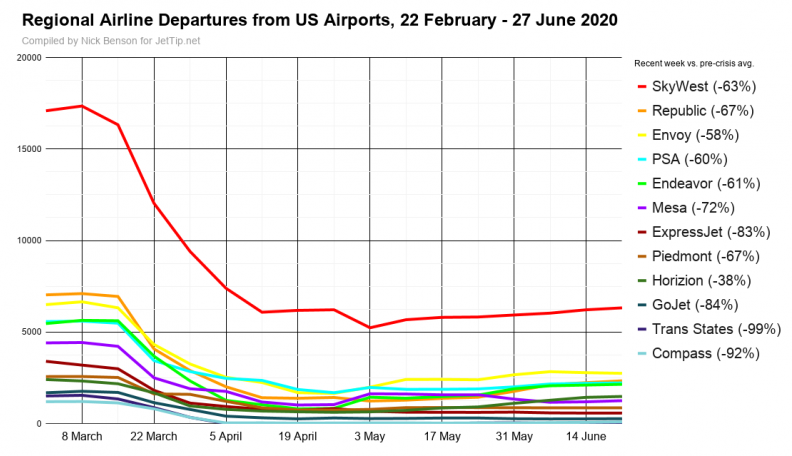 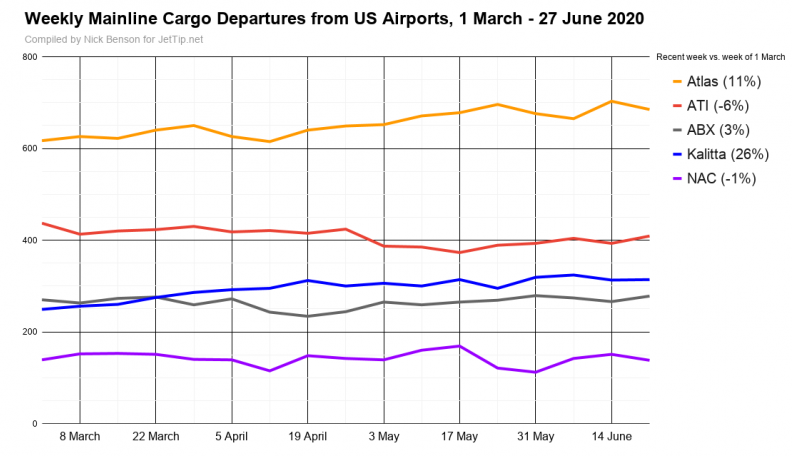 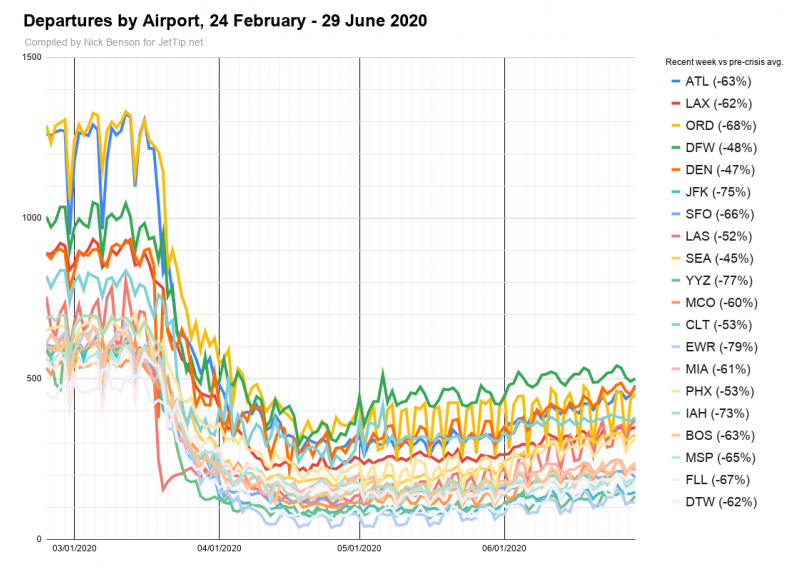 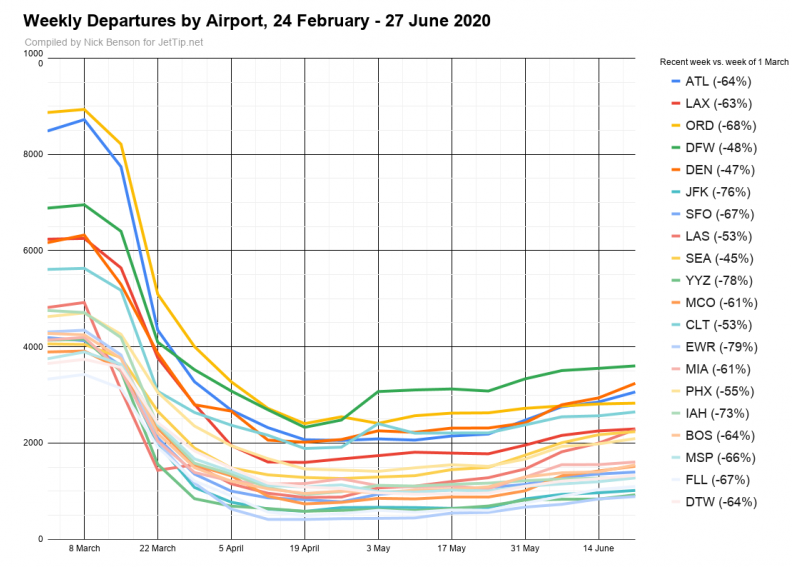 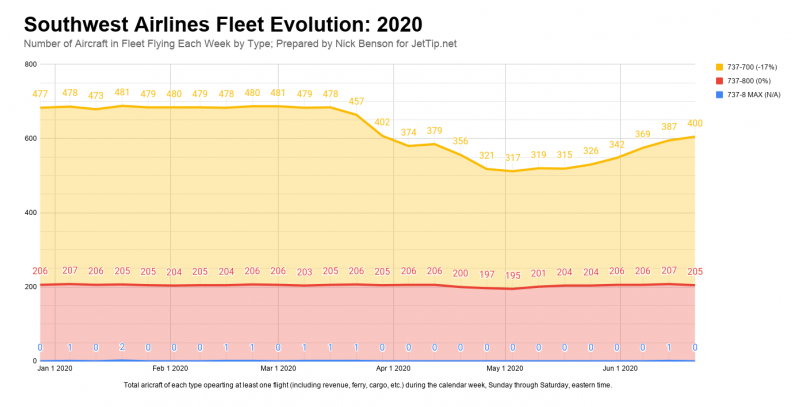 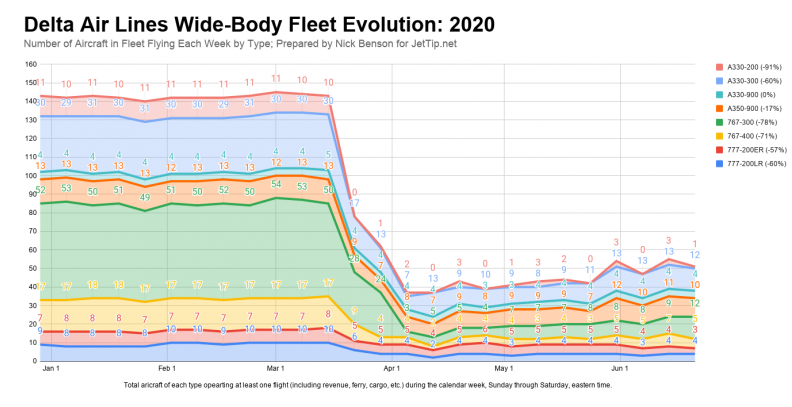 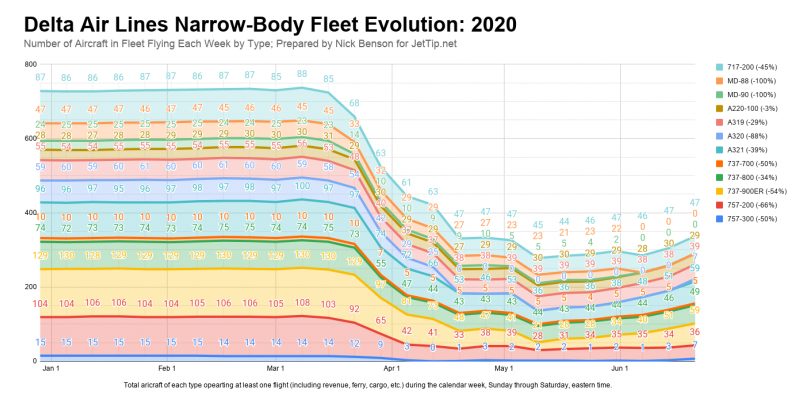 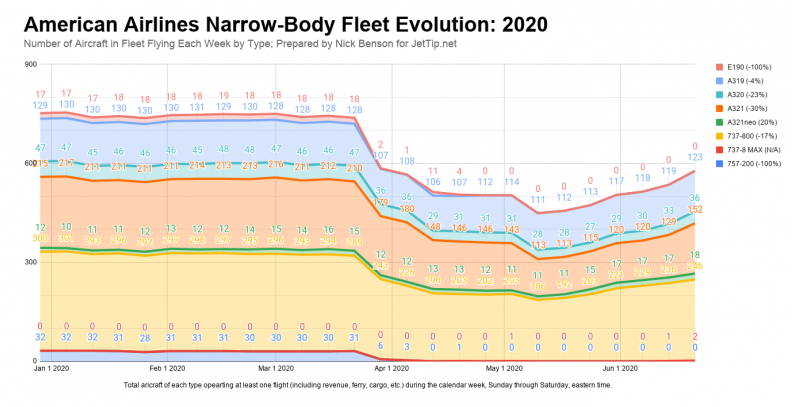 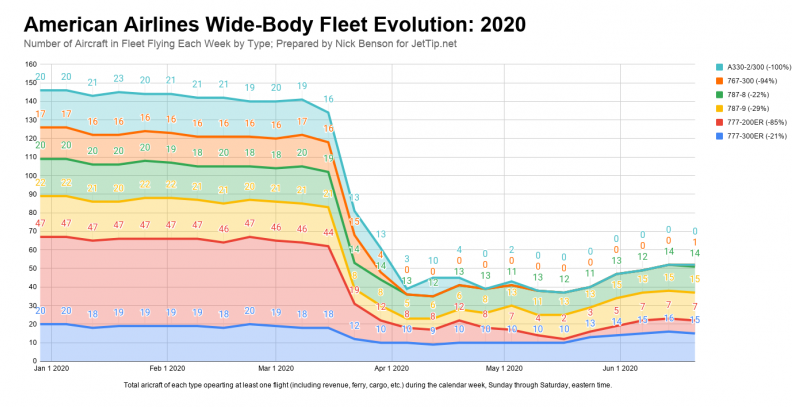 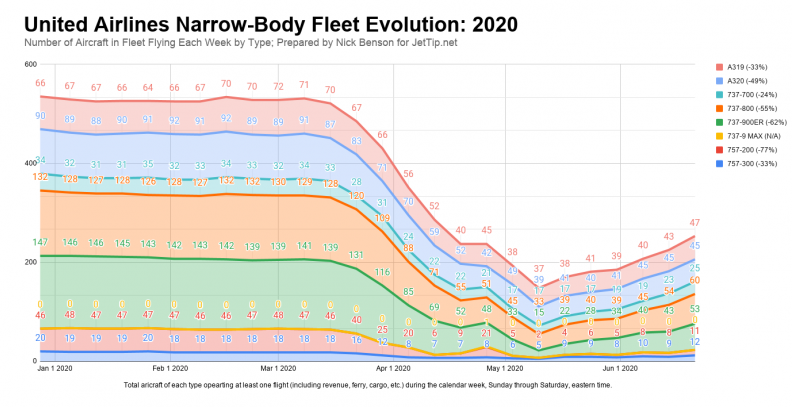 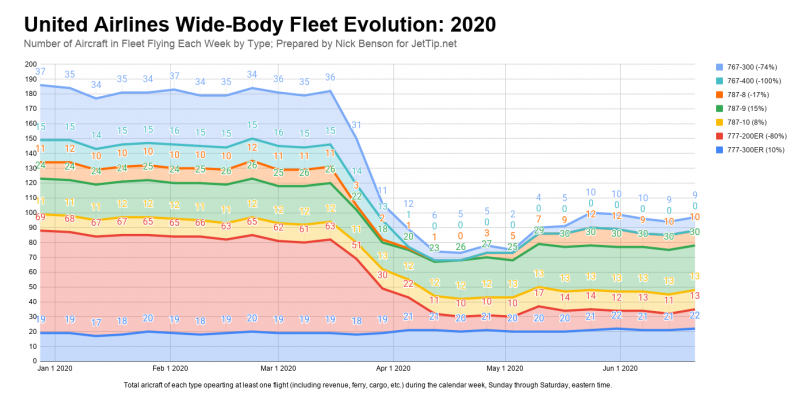 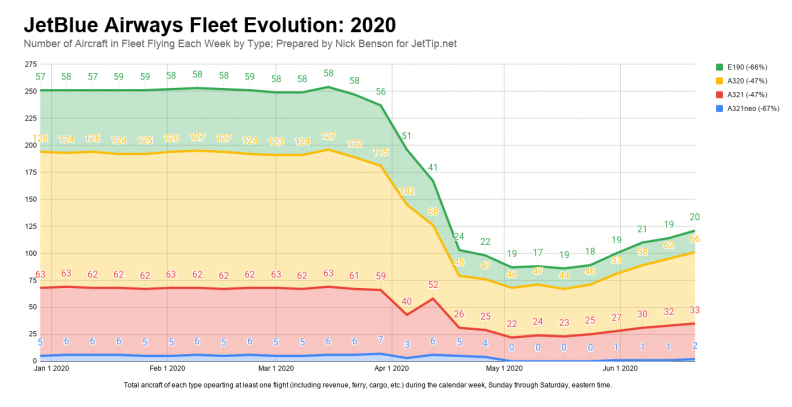 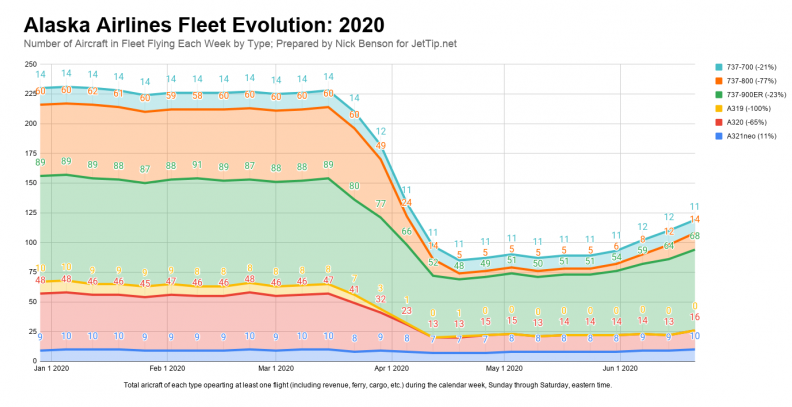 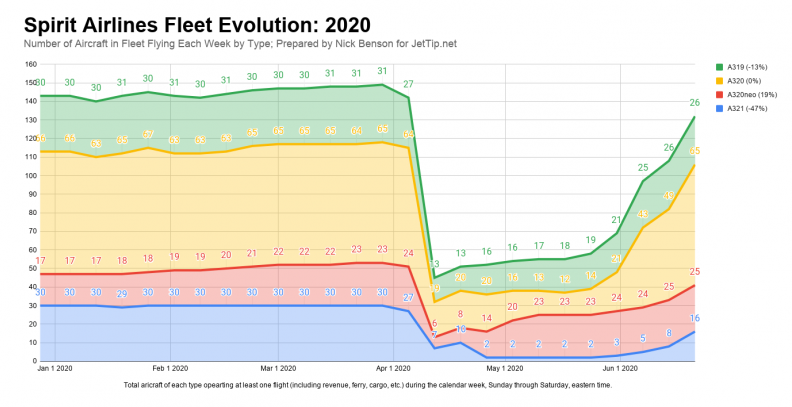 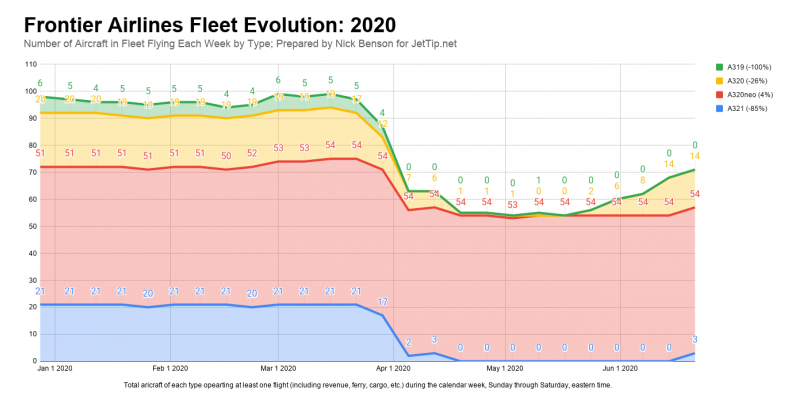 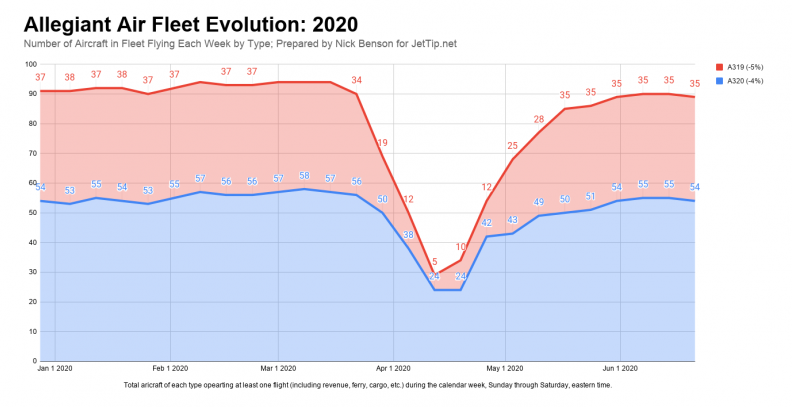 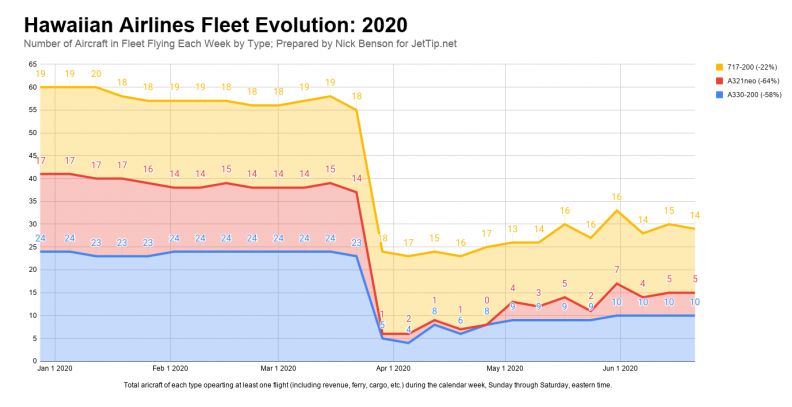 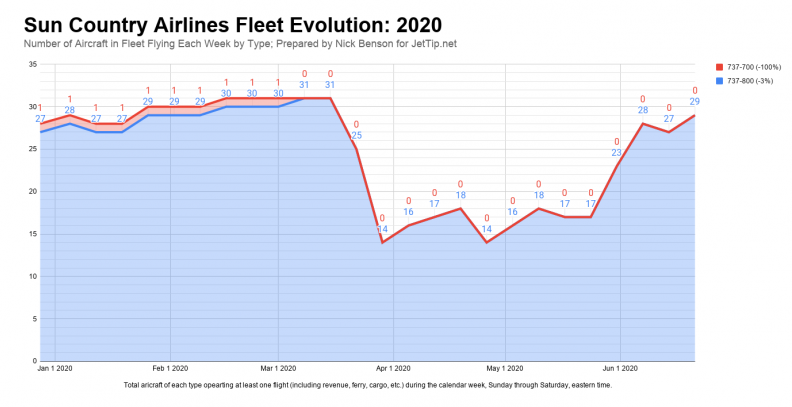