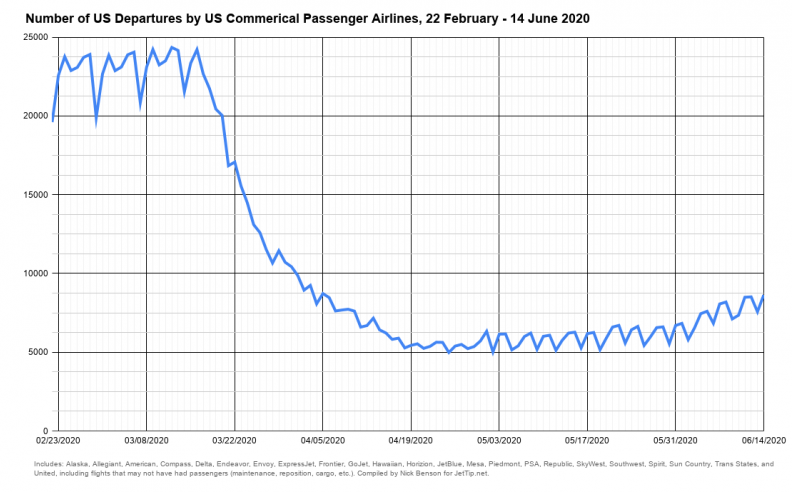 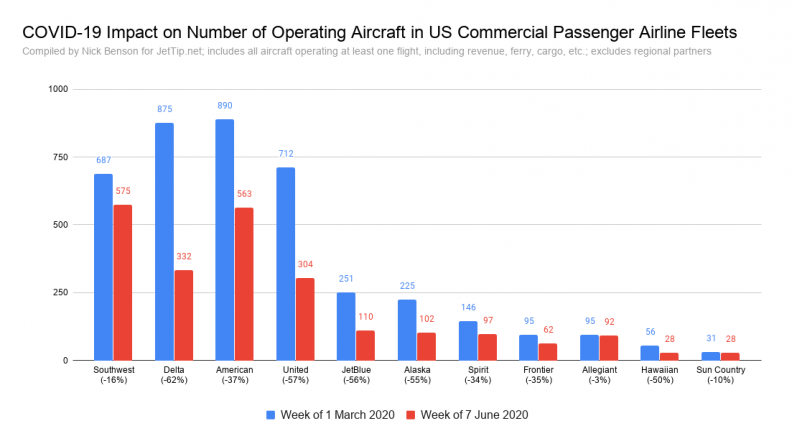 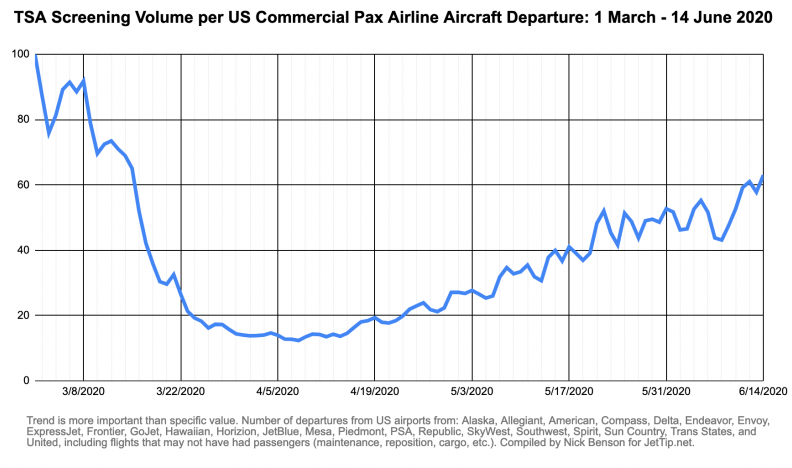 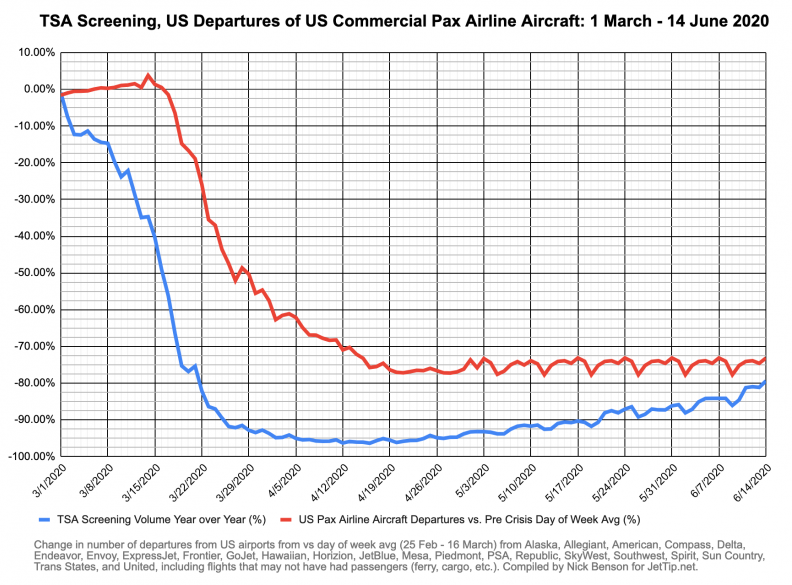 Southwest continues to grow their schedule pretty aggressively; Allegiant appears to have leveled off at 85% of their pre-crisis flight volume, which is remarkable (see Seth Miller's article at PaxEx.aero for more). United is the largest carrier who hasn't made an upwards shift in their flight volume - it's too early to know for certain which strategy will prove correct. 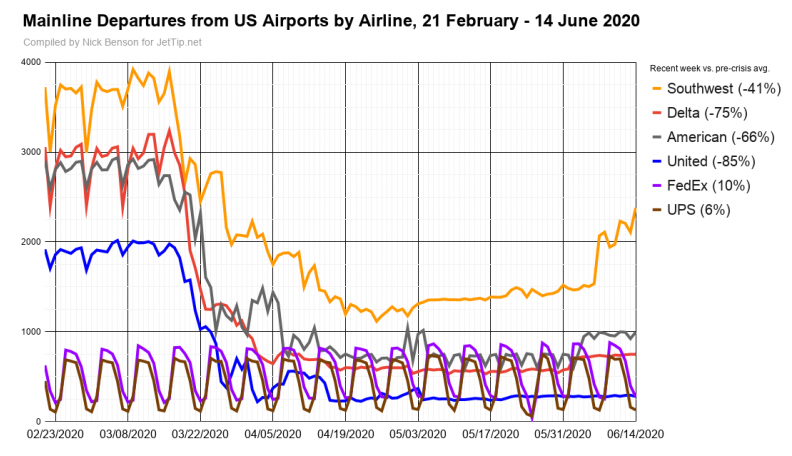 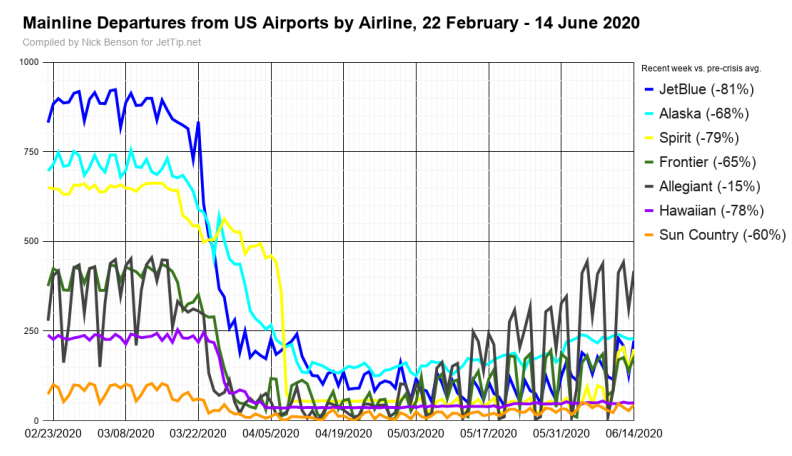 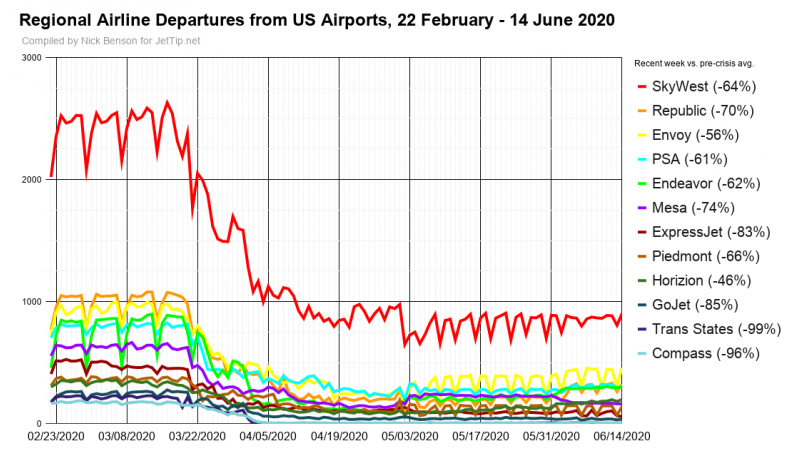 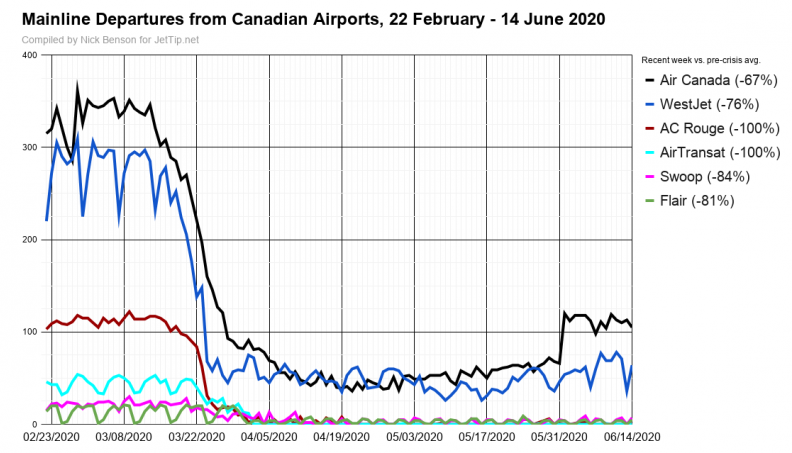 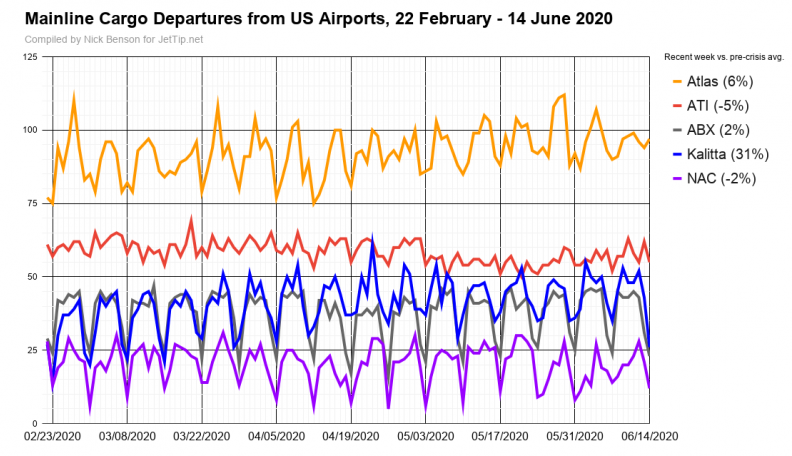 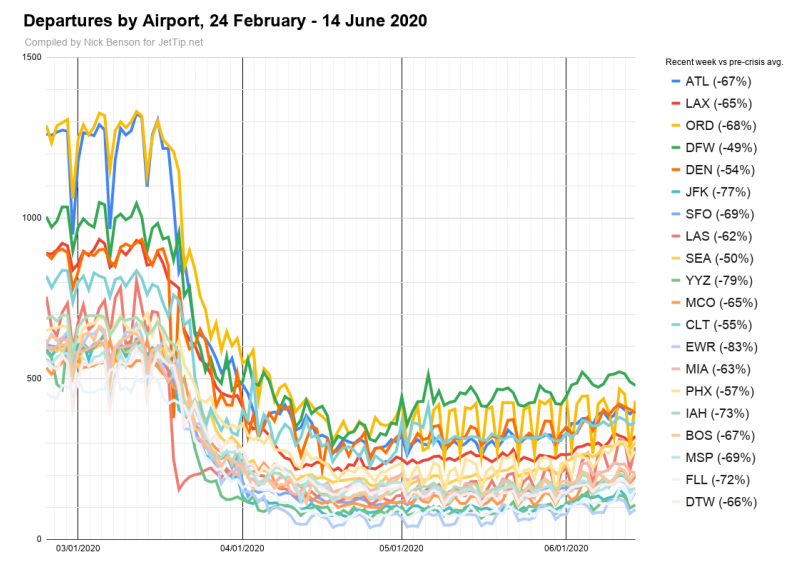 The same data as above, broken down by week for improved readability. 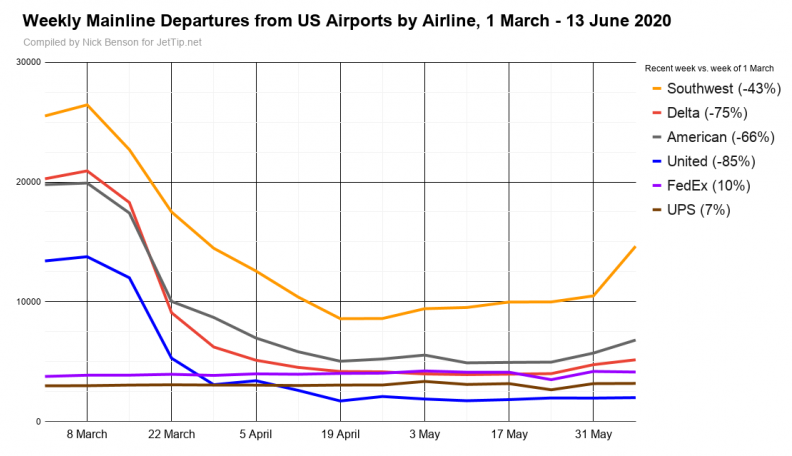 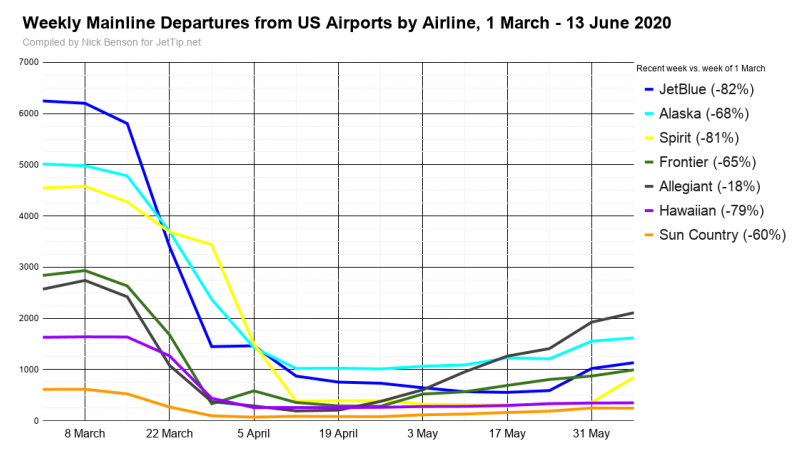 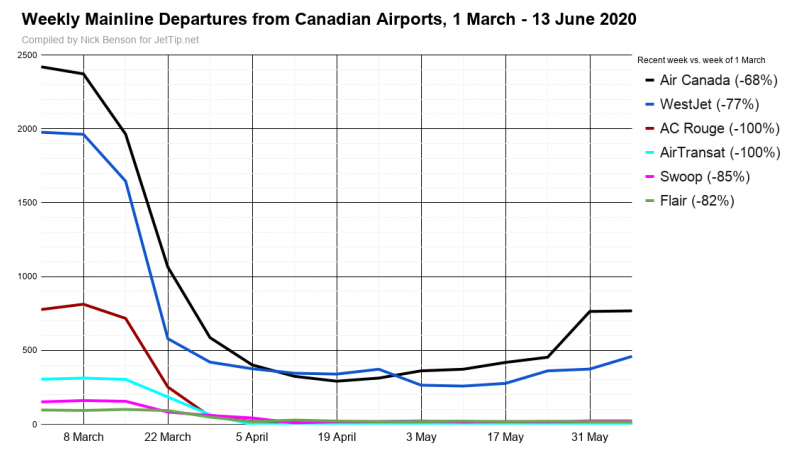 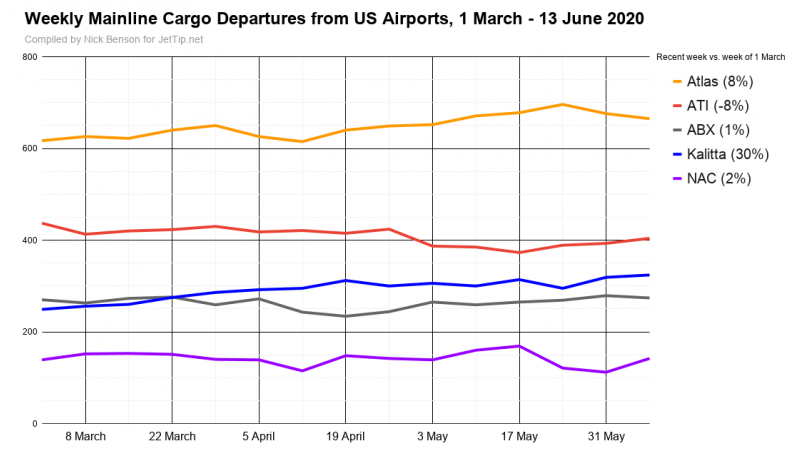 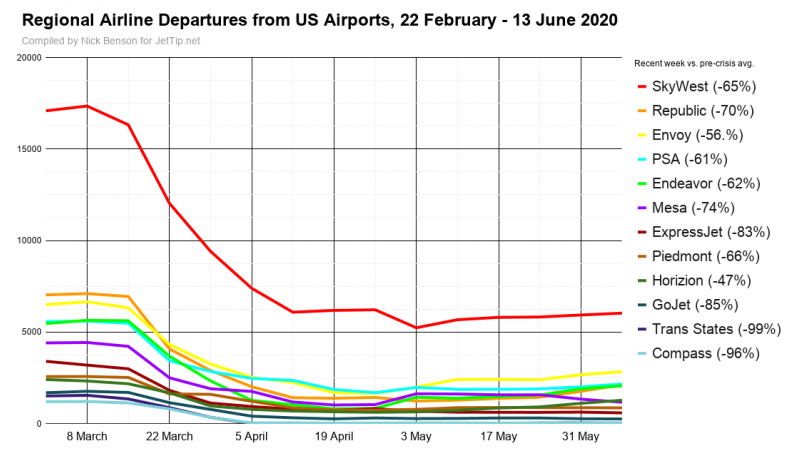 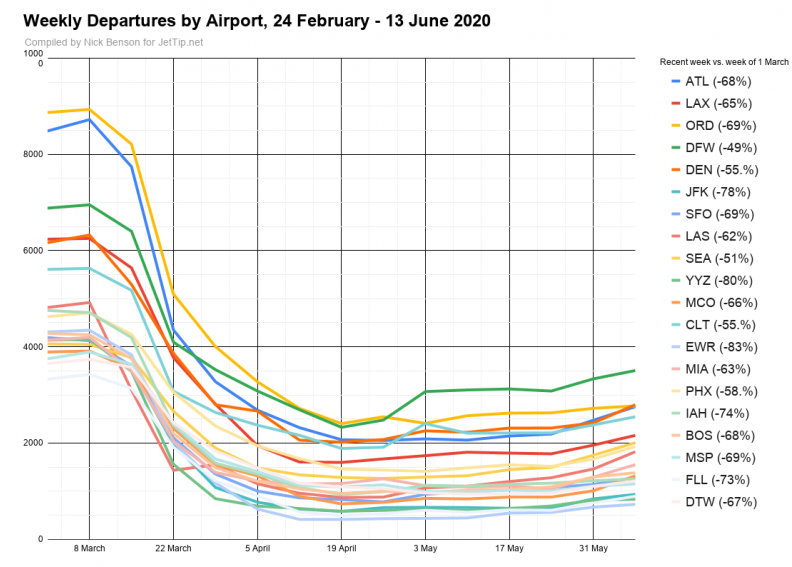 Several US airlines have been bringing aircraft out of storage; these stats aren't perfect (for example, a flight from a maintenance base to a storage base would get counted here), but the majority of the activity shown here should be indicative of aircraft in service.

Feel free the peruse the graphs below for details; a few increases of note: 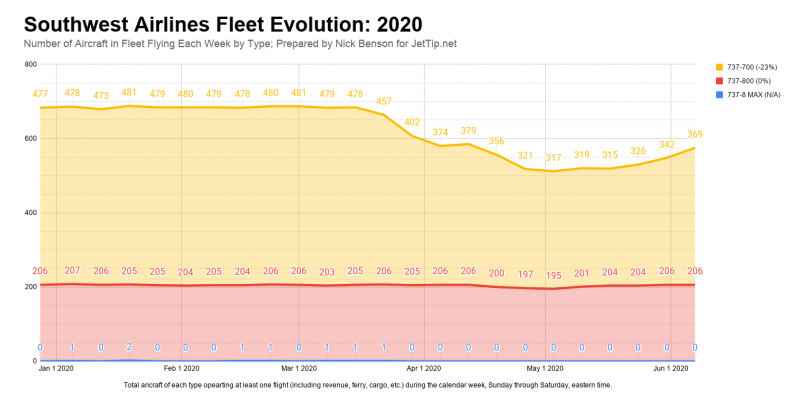 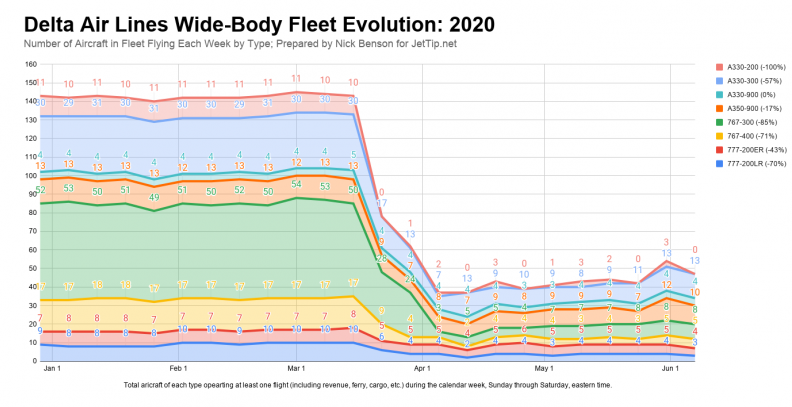 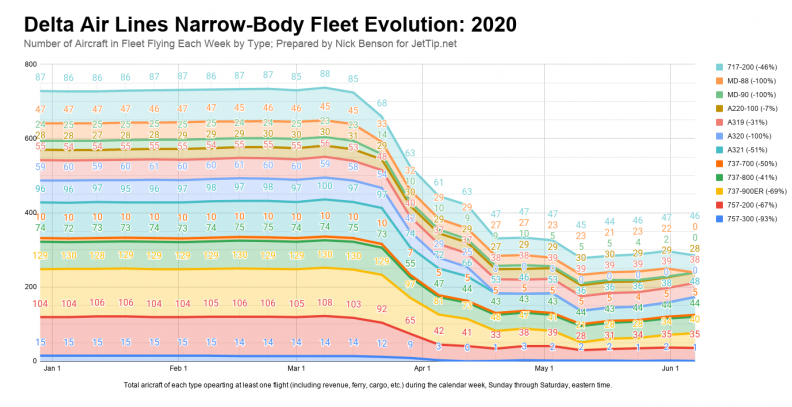 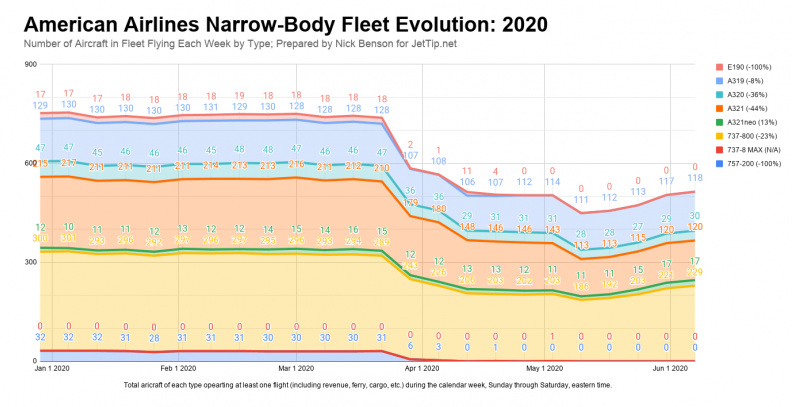 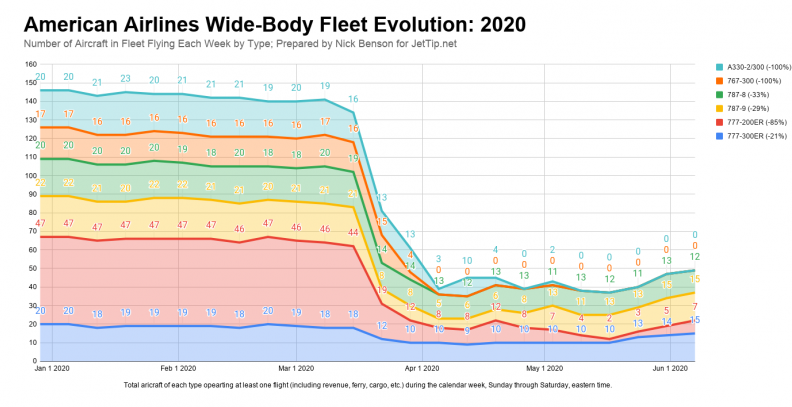 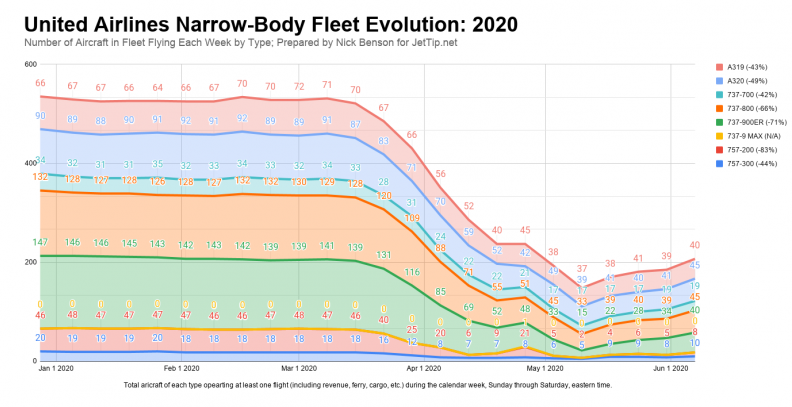 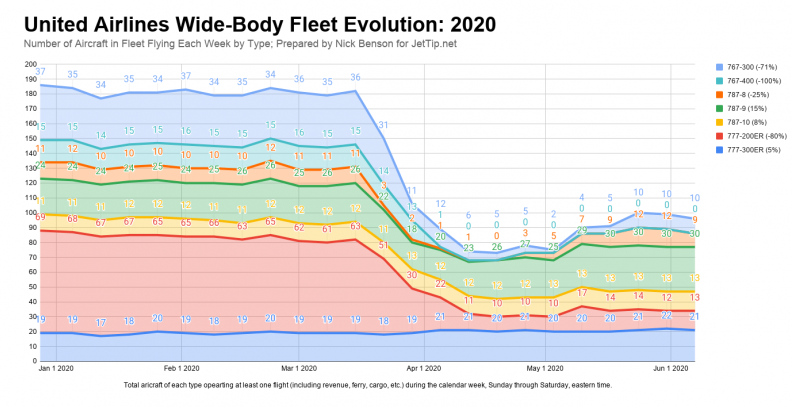 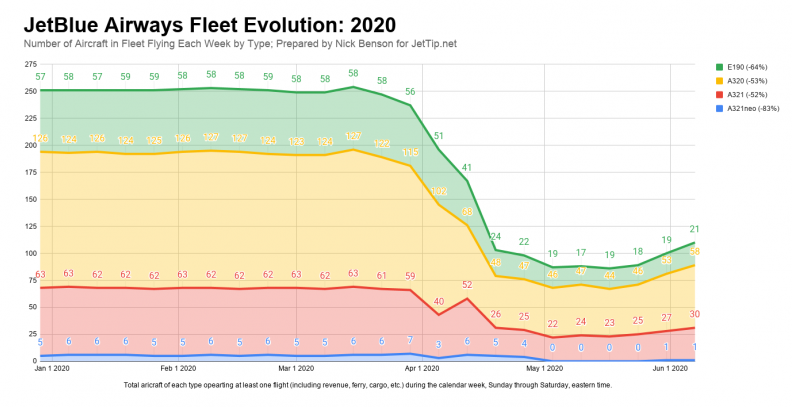 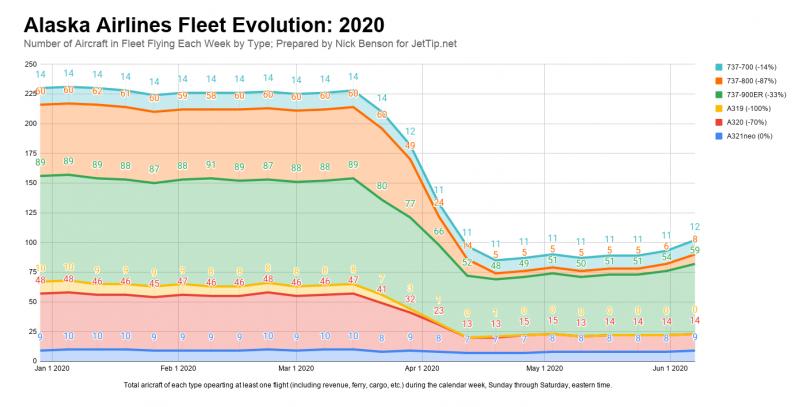 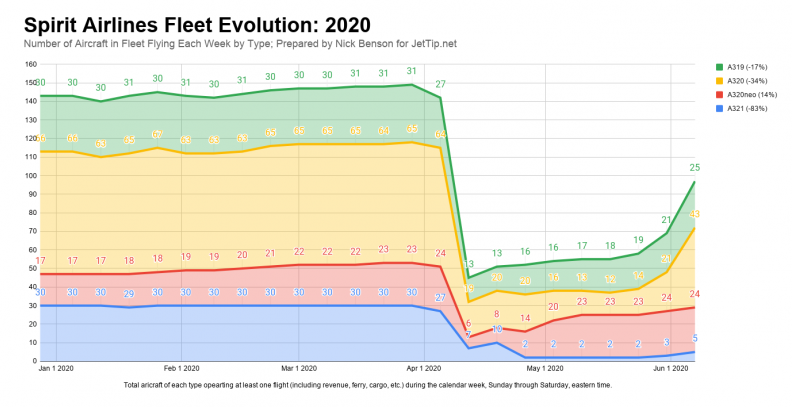 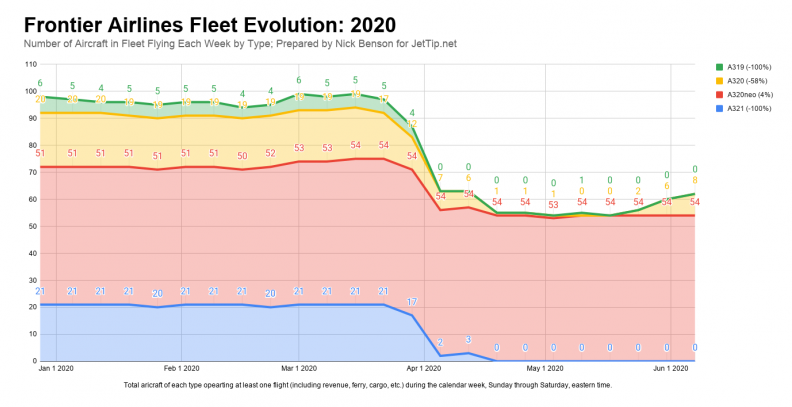 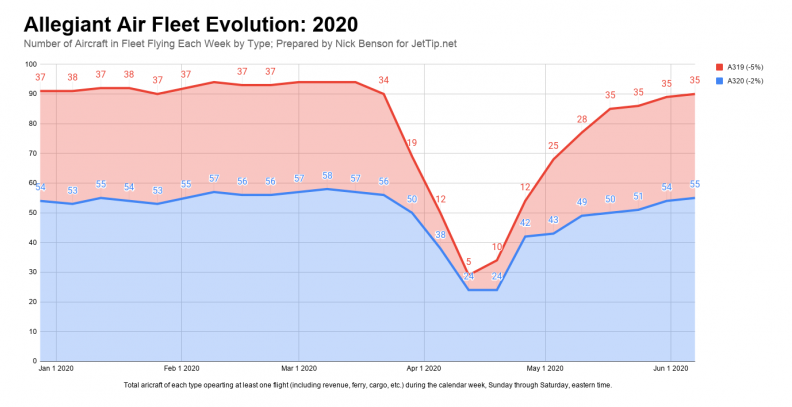 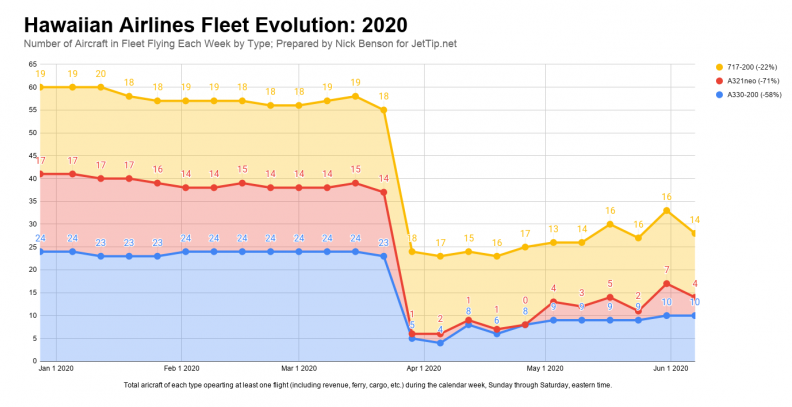 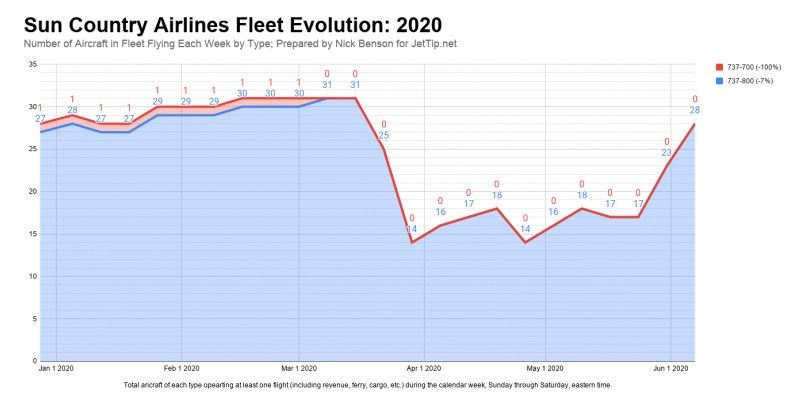