Well, we've passed Labor Day and the traditional end to the leisure travel season; year-over-year TSA screening volumes continue their modest upwards trend after a big bump for Labor Day; despite this, US-based passenger airlines are reducing the number of flights and they're operating.

We're now rapidly approaching the end of CARES Act protections here in the US at the end of the month, which have been preserving airline jobs. It will be interesting to see how COVID-19 cases respond to the resumption of in-person learning at many schools any universities, and how the airlines adjust their operations without a federal mandate controlling their network, schedule, or employee levels. 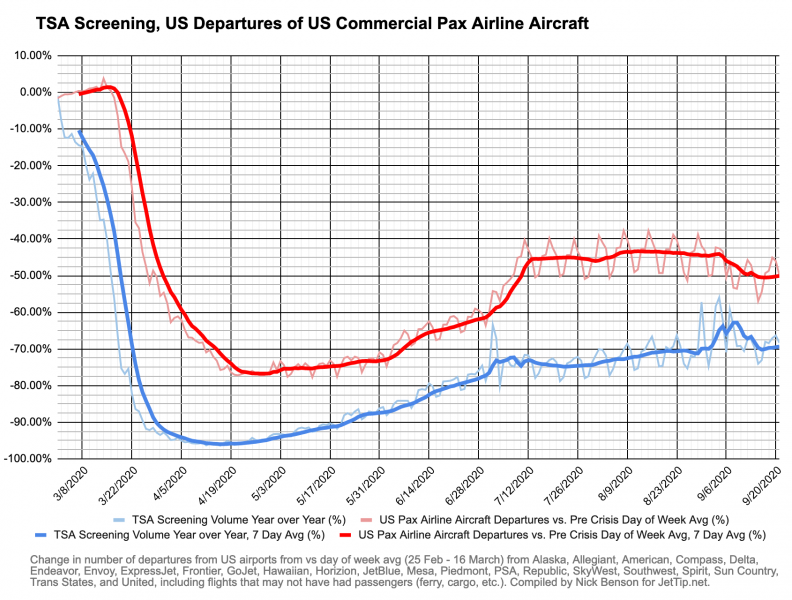 Passenger flight departures have decreased appreciably after being fairly steady since July; year-over-year TSA screening volumes have dropped after a bump at the end of the summer, though there's still a bit of an upwards trend. 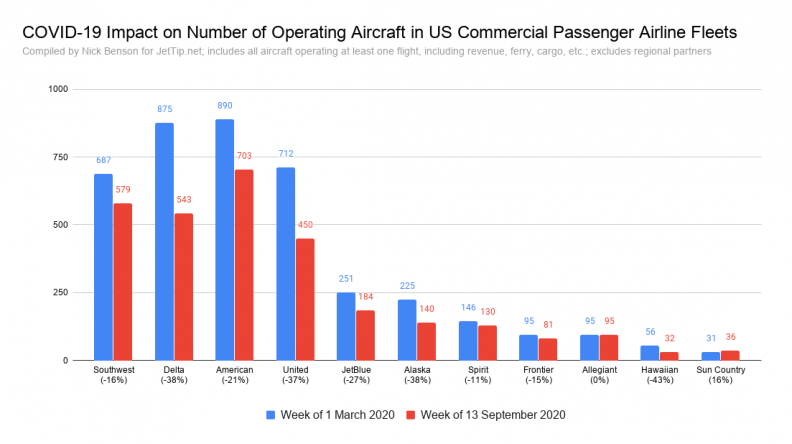 For US-based passenger airlines, 1,090 fewer aircraft flew last week than in the first of March, a decrease of 21%. 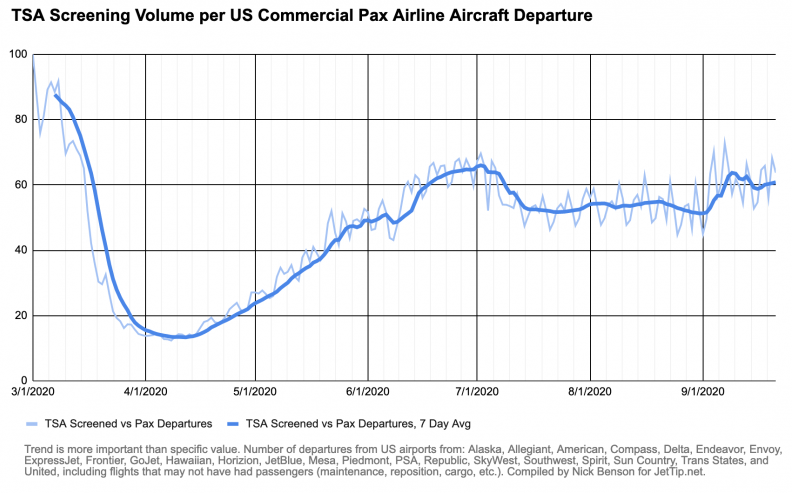 Derived load factors based on TSA screenings and passenger airline departures. Settling around 60% as the number of flights decreases faster than passenger volumes. 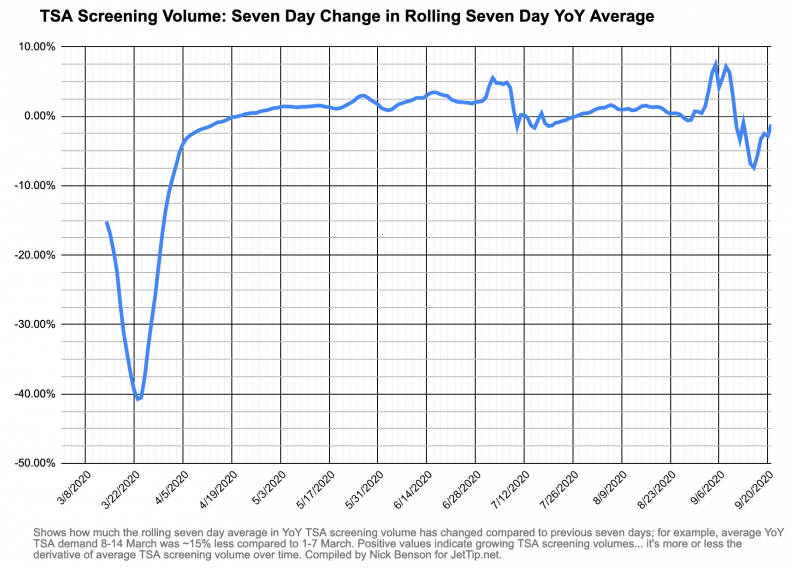 Southwest in particular stands out as having a very sharp reduction in their flight operations - they've generally been pretty aggressive in how they respond to demand. Cargo airlines are still generally doing very well. 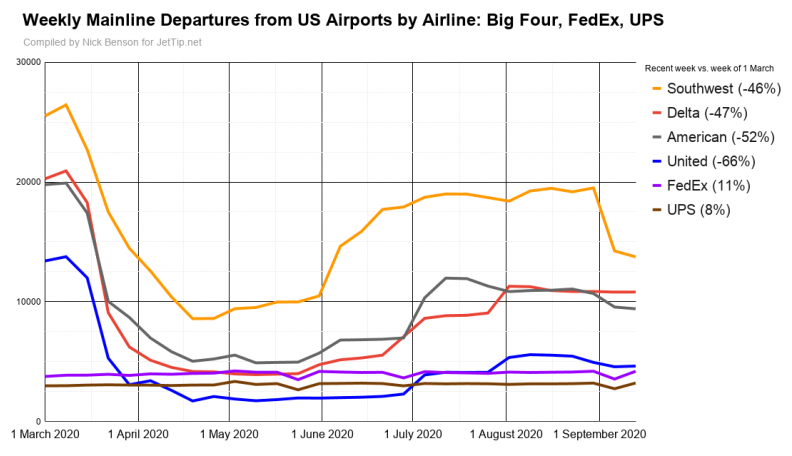 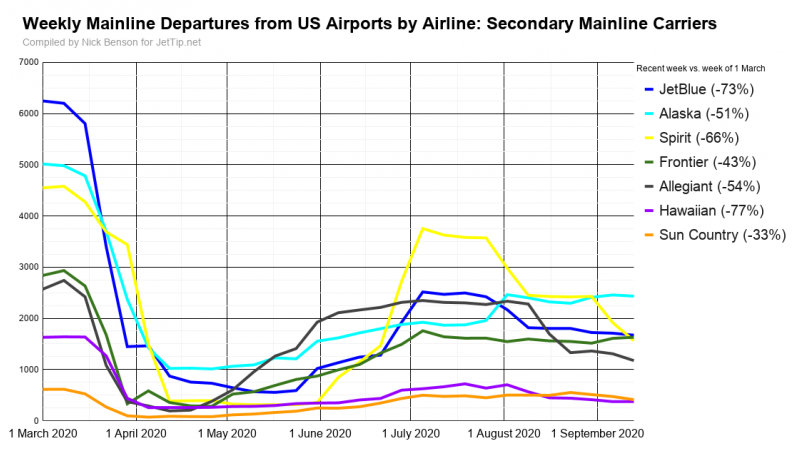 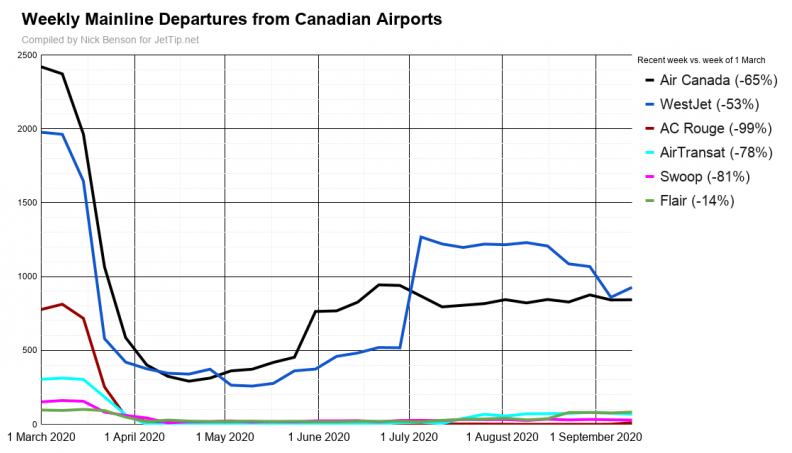 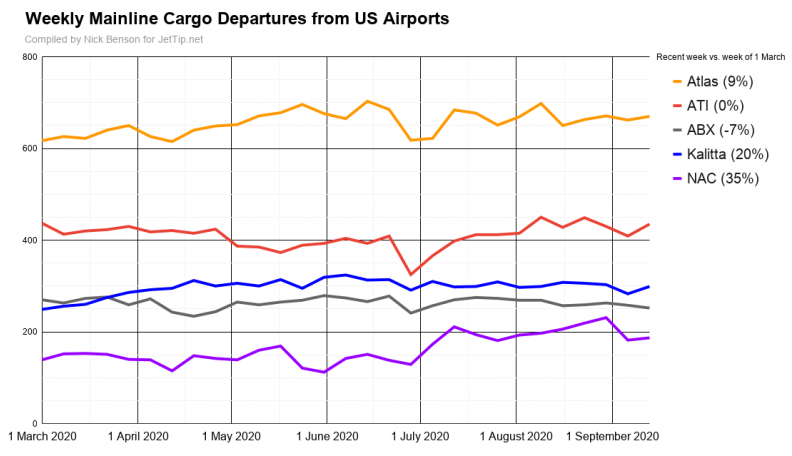 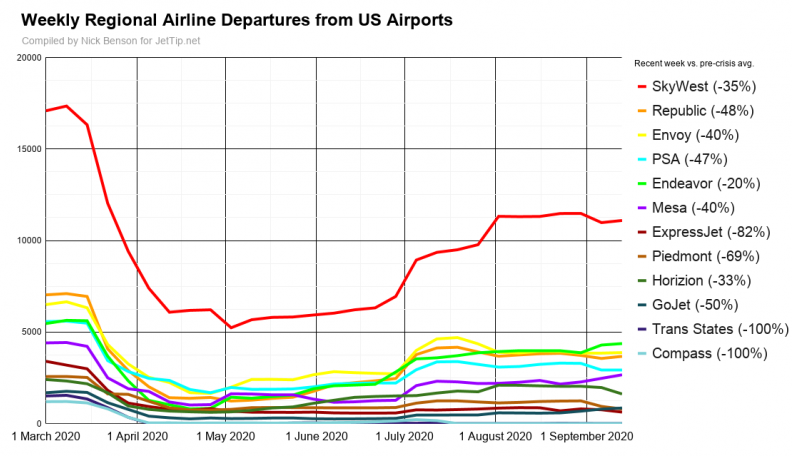 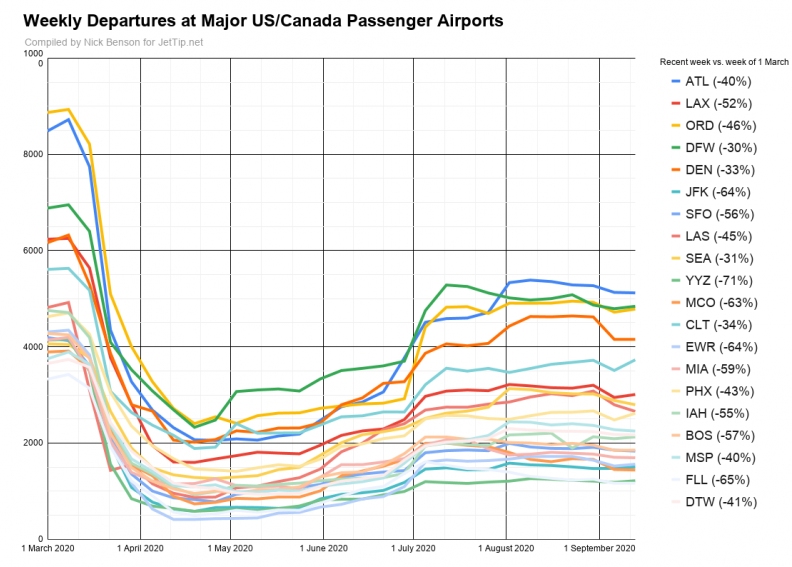 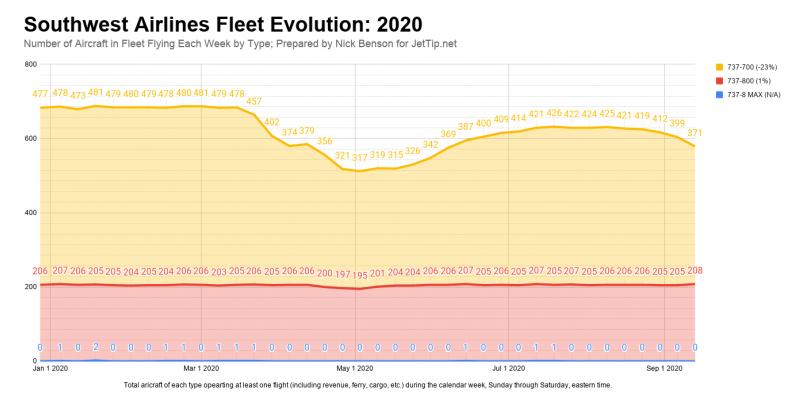 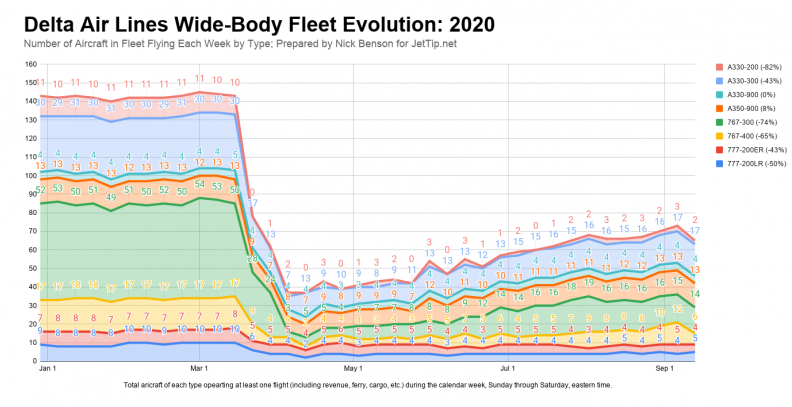 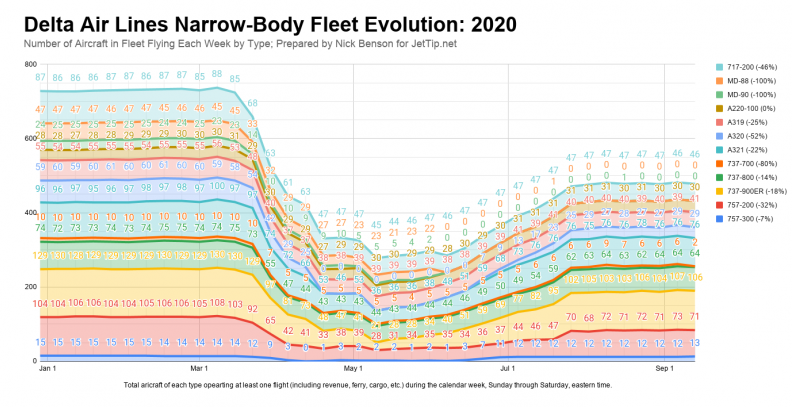 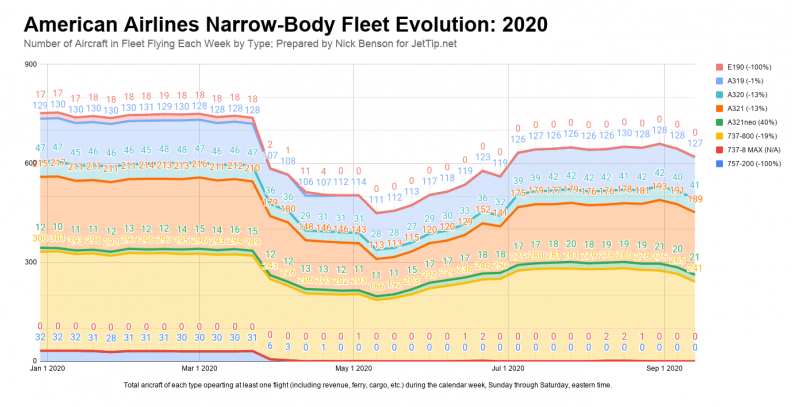 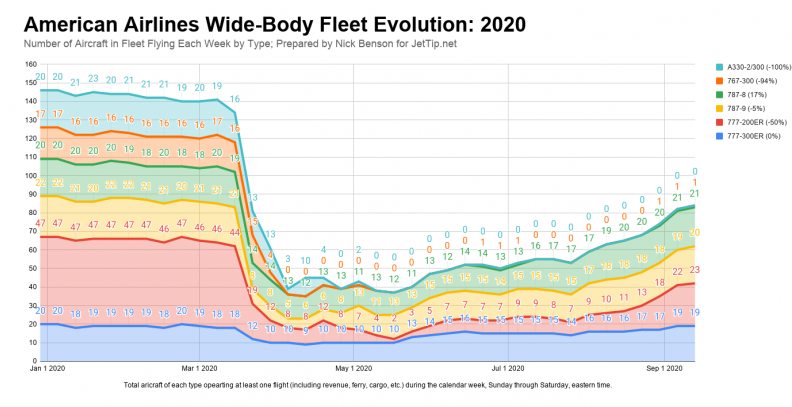 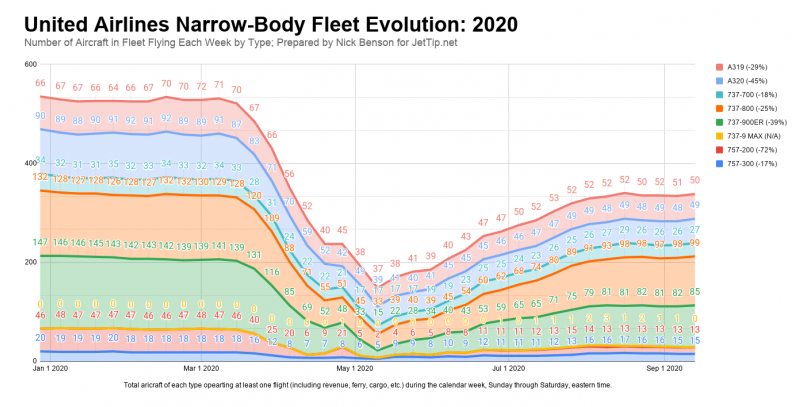 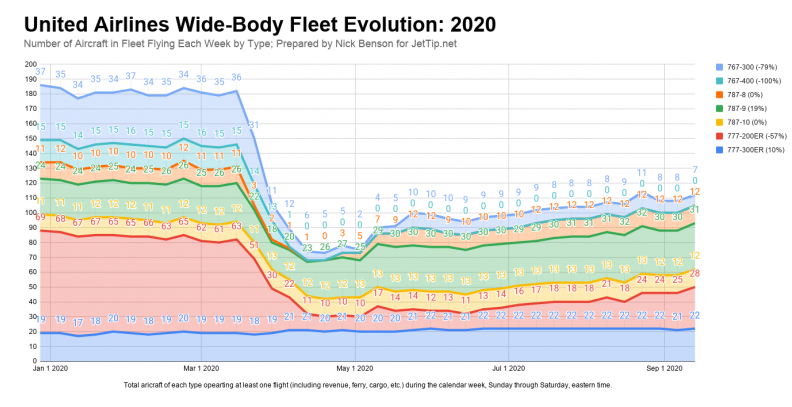 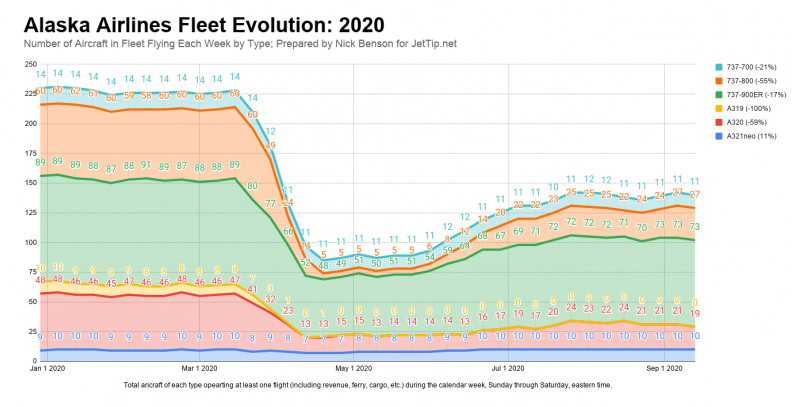 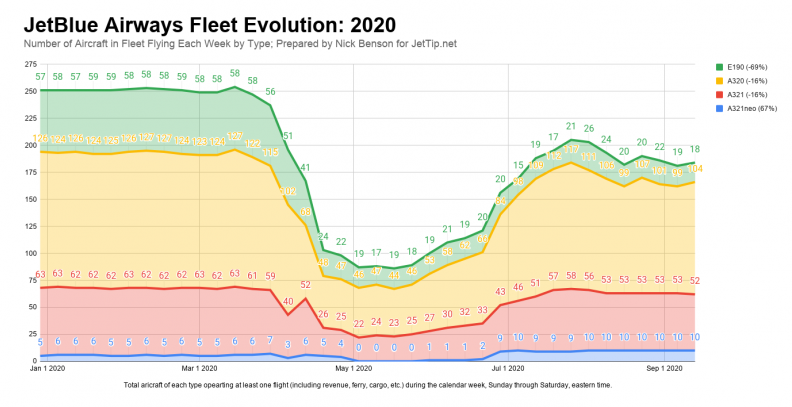 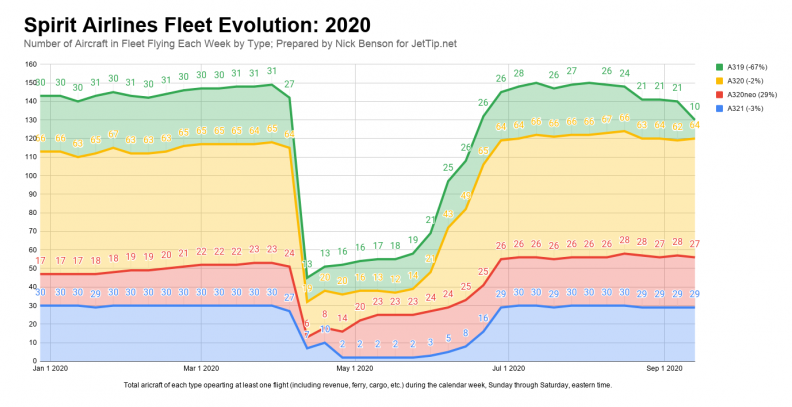 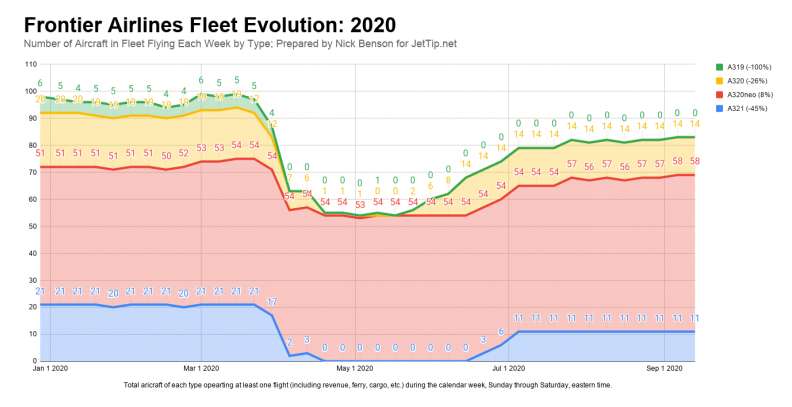 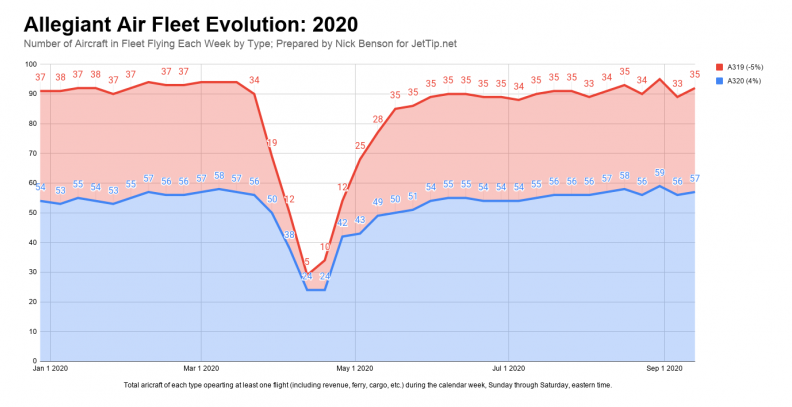 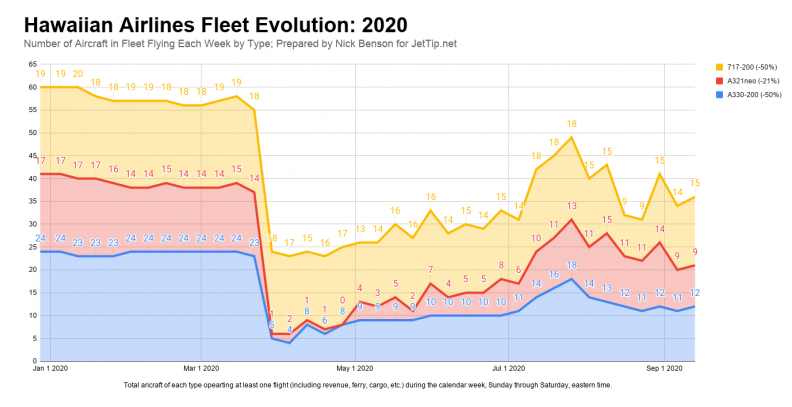 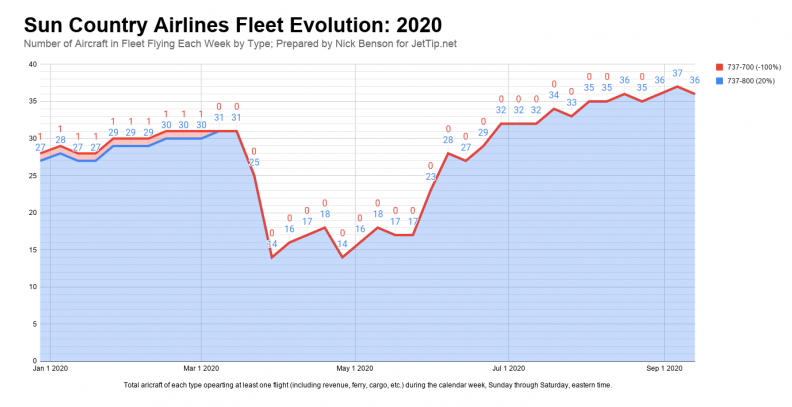