Last week (starting May 16), US passenger airlines carried 66% of pre-crisis passenger volume on 76% of the flights utilizing 89% of their fleet.

In the US, many COVID-era records for number of departures were set last week:

Notable fleet shifts since week of April 18 were mostly related to the the return of many of recently grounded MAX aircraft (see chart further below for details). 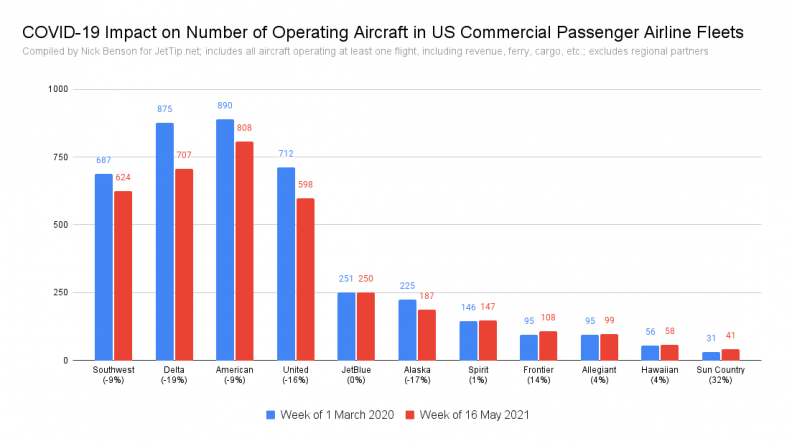 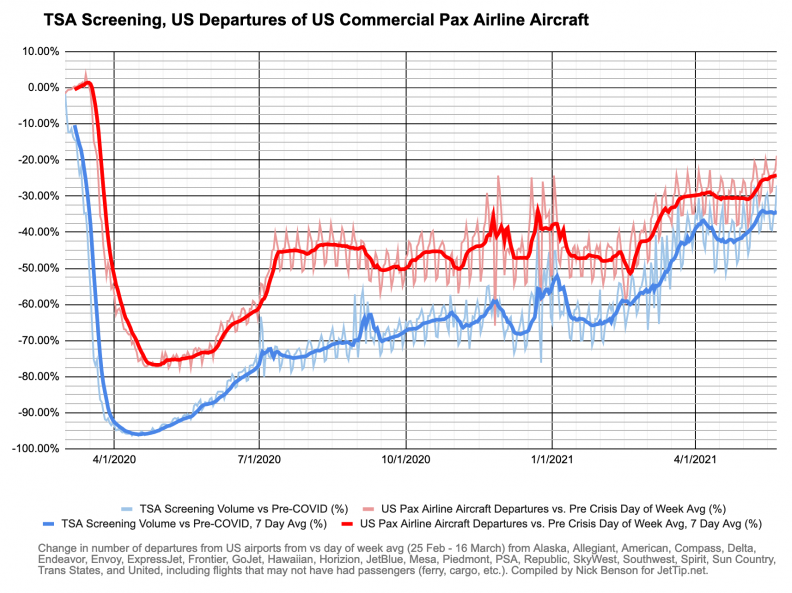 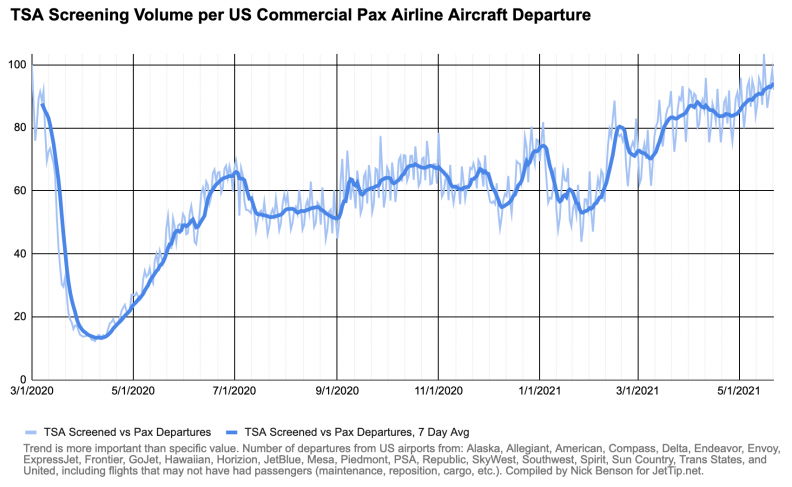 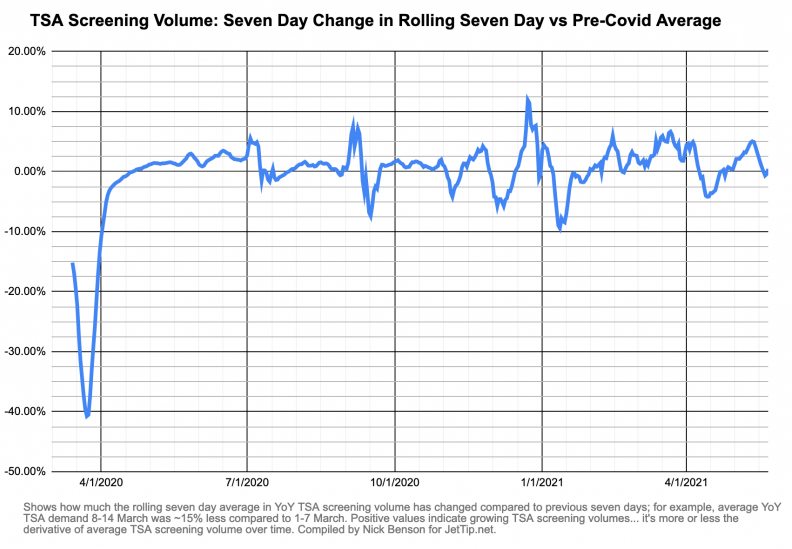 Based on these numbers, it looks like the latest round of grounding issues that impacted more recent MAX deliveries are being addressed; most of the US carriers have flown their MAXes in the last week, though it looks like Southwest still has a few that haven't gotten back into the air. 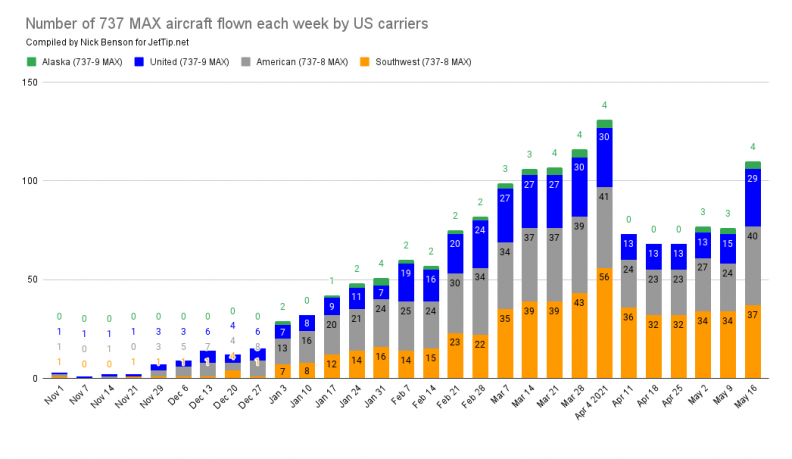 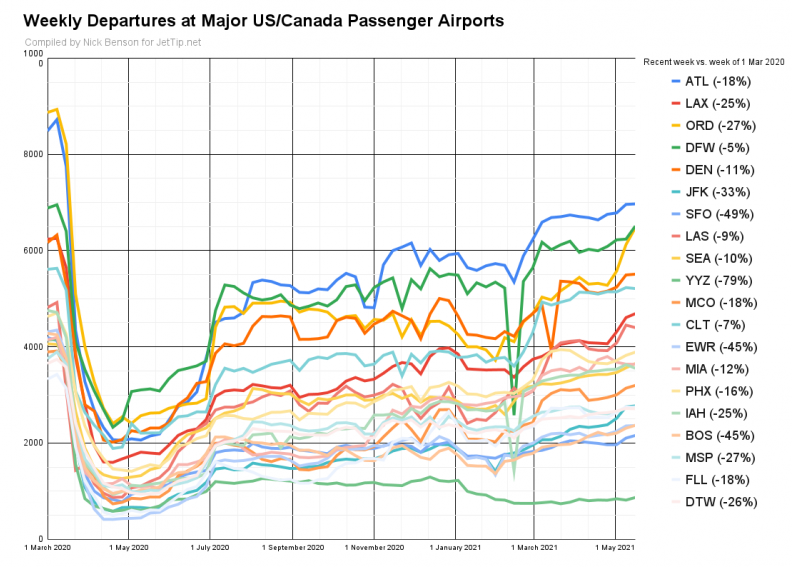 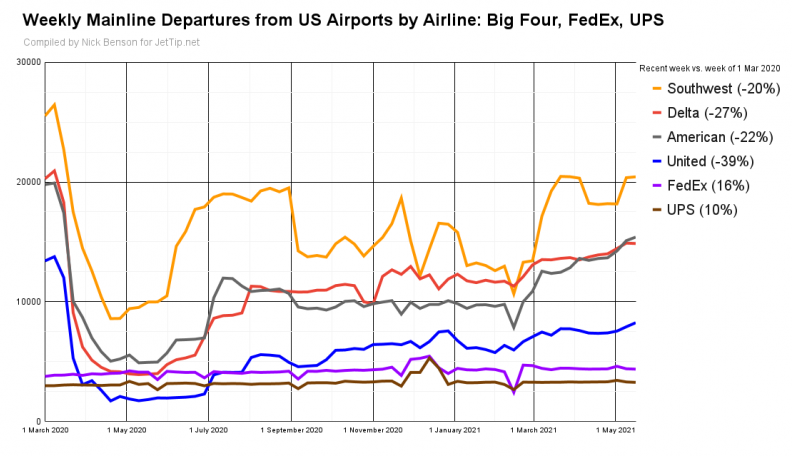 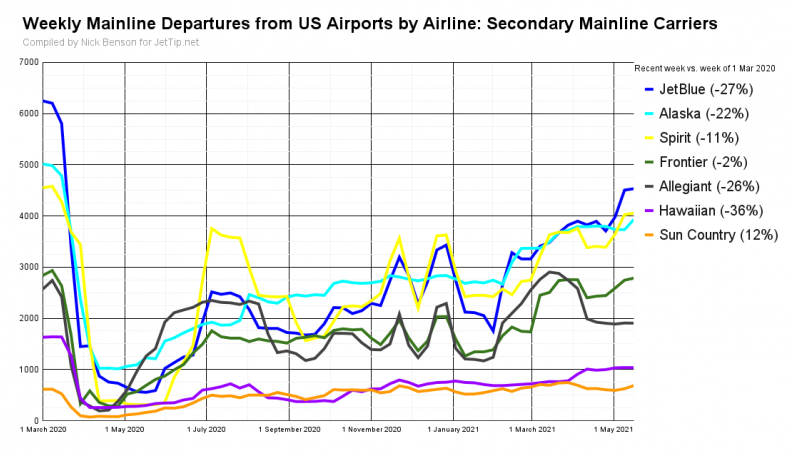 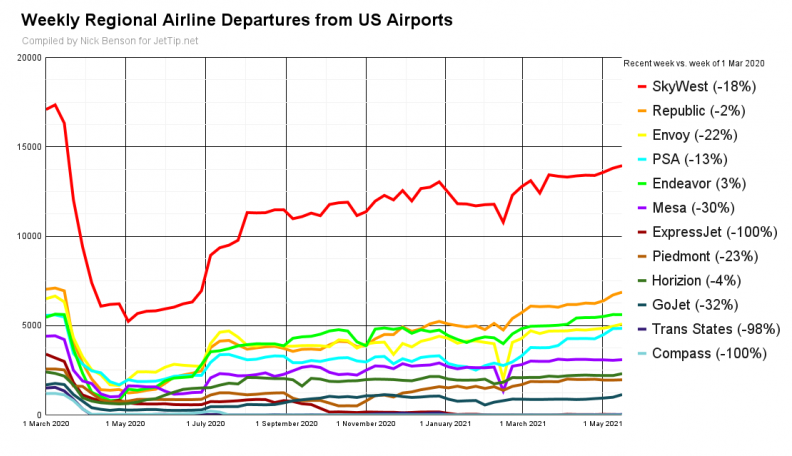 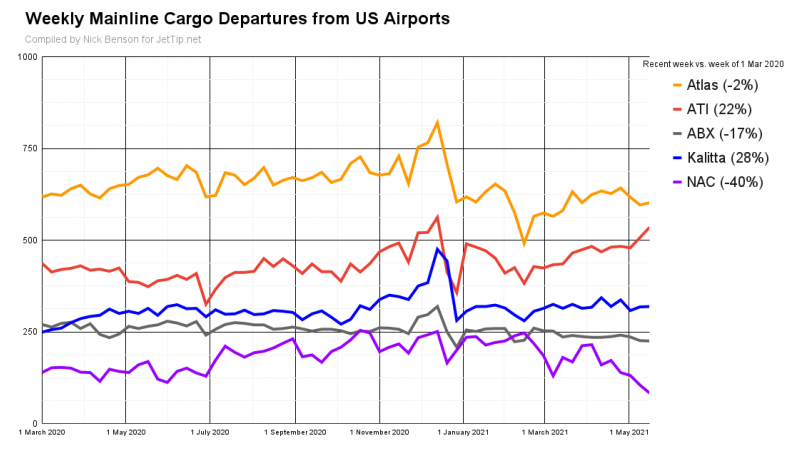 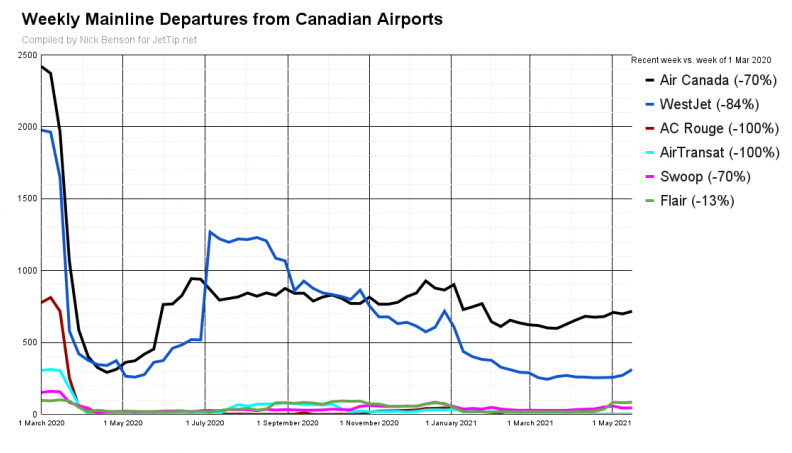 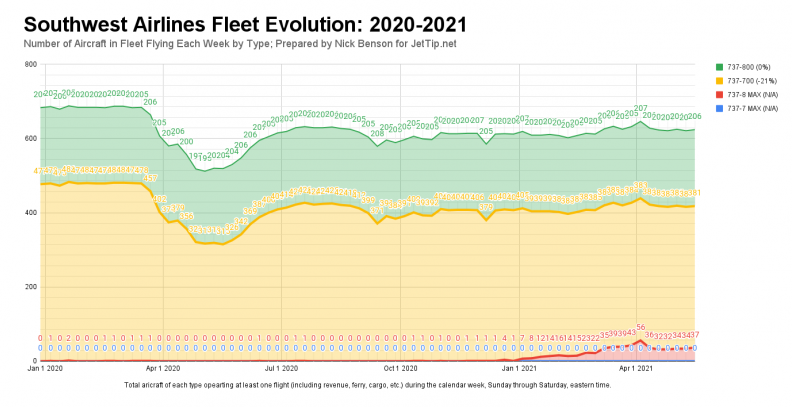 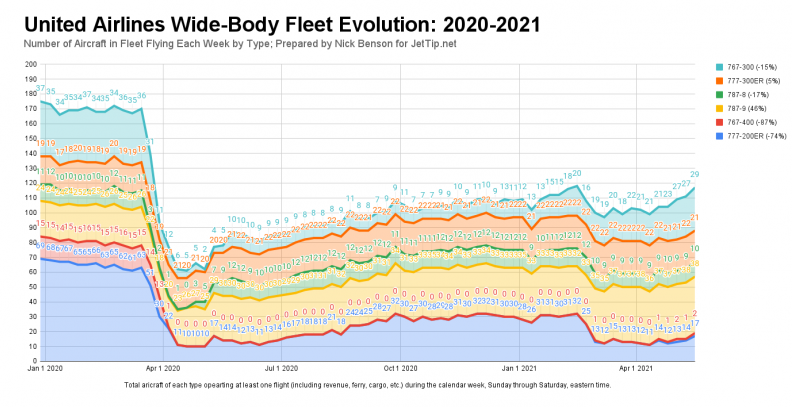 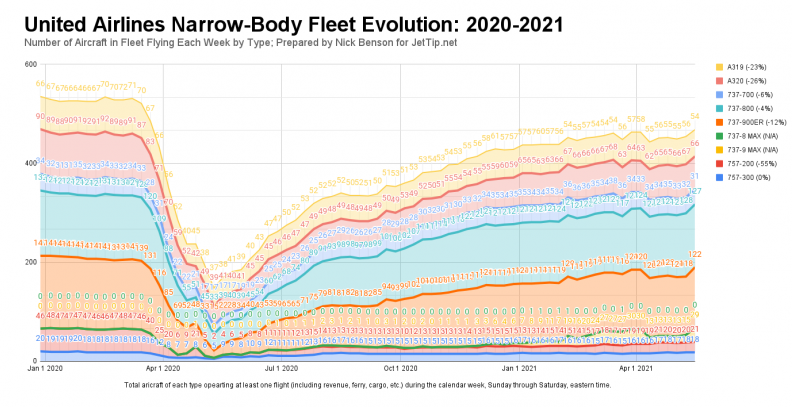 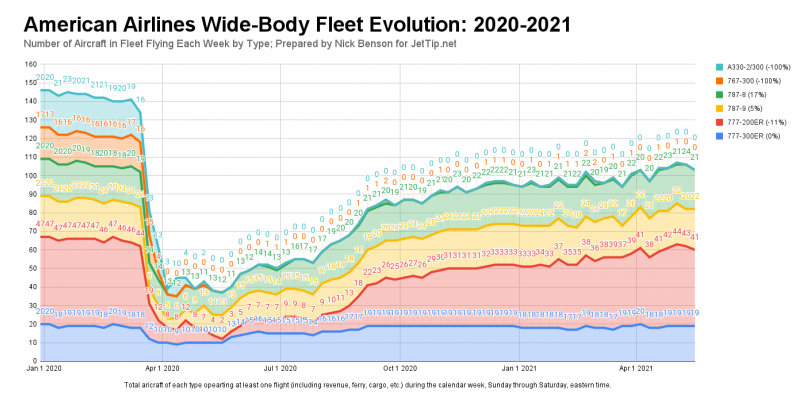 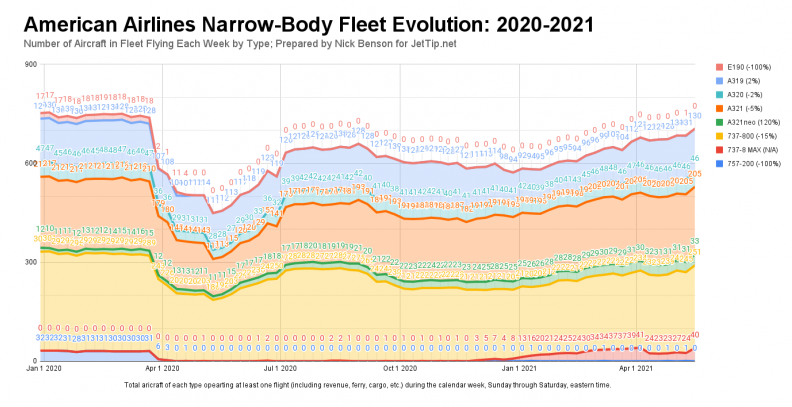 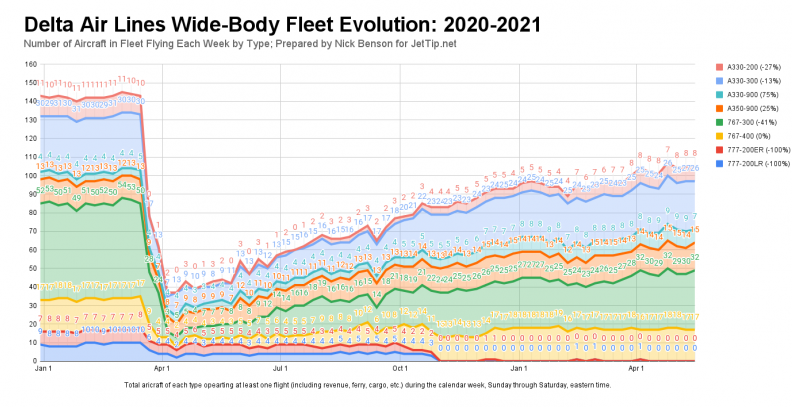 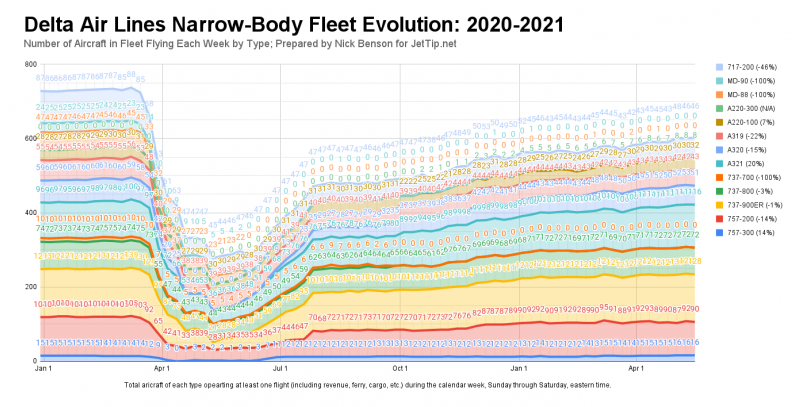 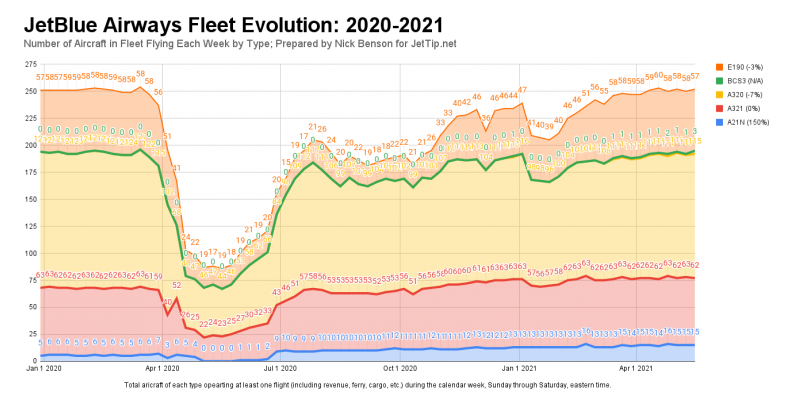 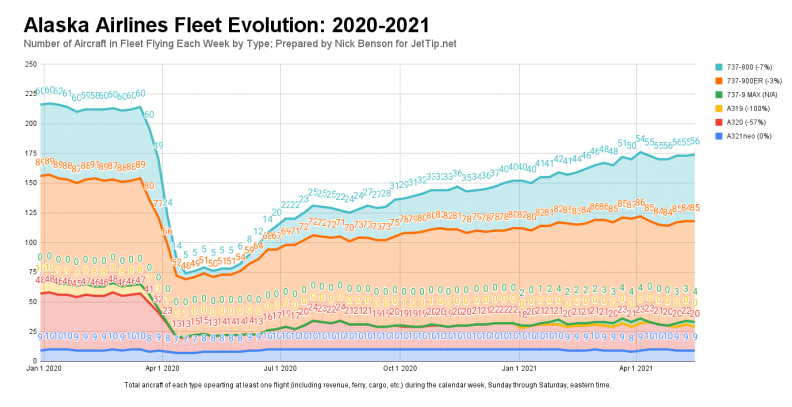 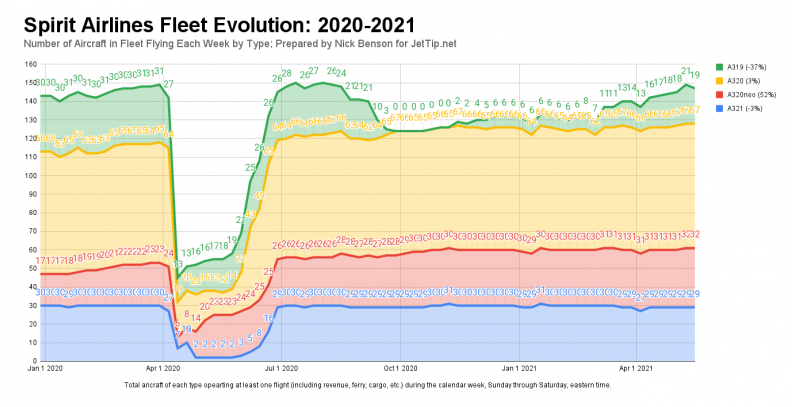 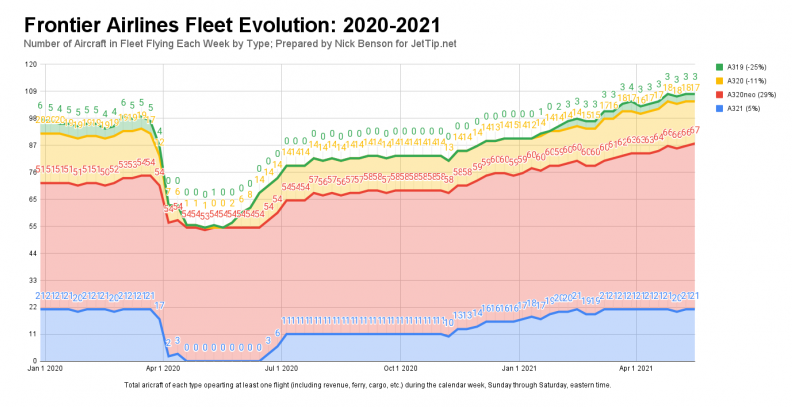 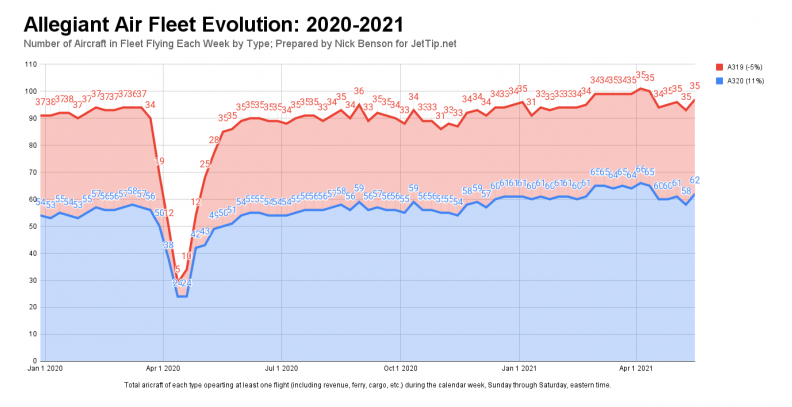 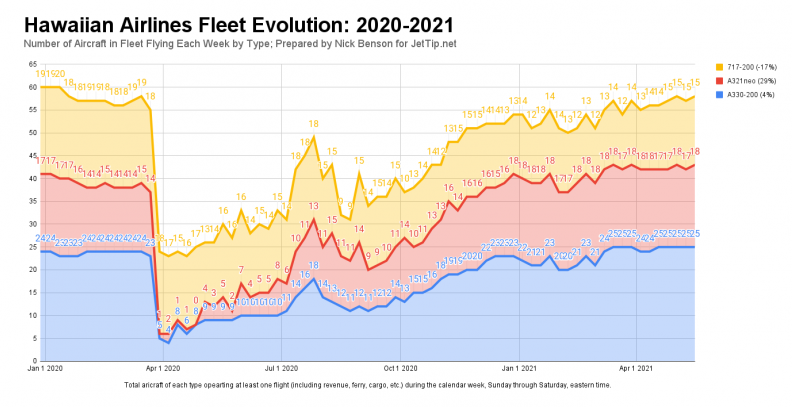 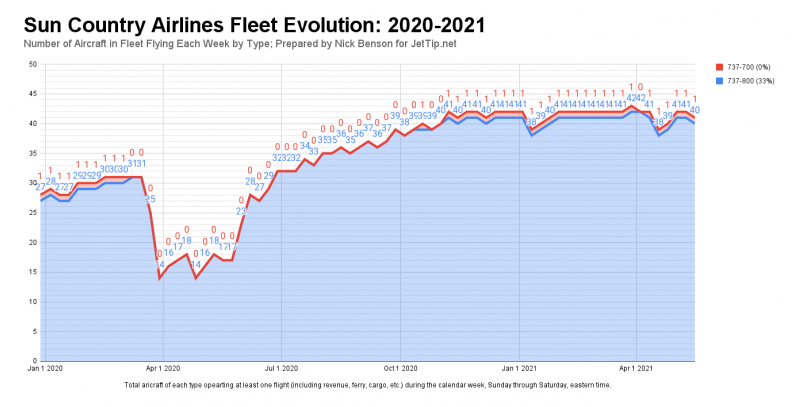