Here's an improved table of airport traffic ranks, comparing the change in the total number of departures from major US and Canadian airports from the week of February 23 and April 19. By including traffic for the whole week we get a better picture of what traffic trends really are, and moderate the effect of weekly cycles in traffic. For example, it was widely reported that Anchorage was the busiest airport overall on Saturday (which is a slow day for passenger traffic), but is ninth busiest according to our data.

No surprises here, Memphis, Anchorage, and Louisville continue to do well based on the volume of cargo they're handling, keeping their traffic relatively strong. The most extreme change in rankings is Newark, which dropped from number 10 before the crisis to 56th last week. 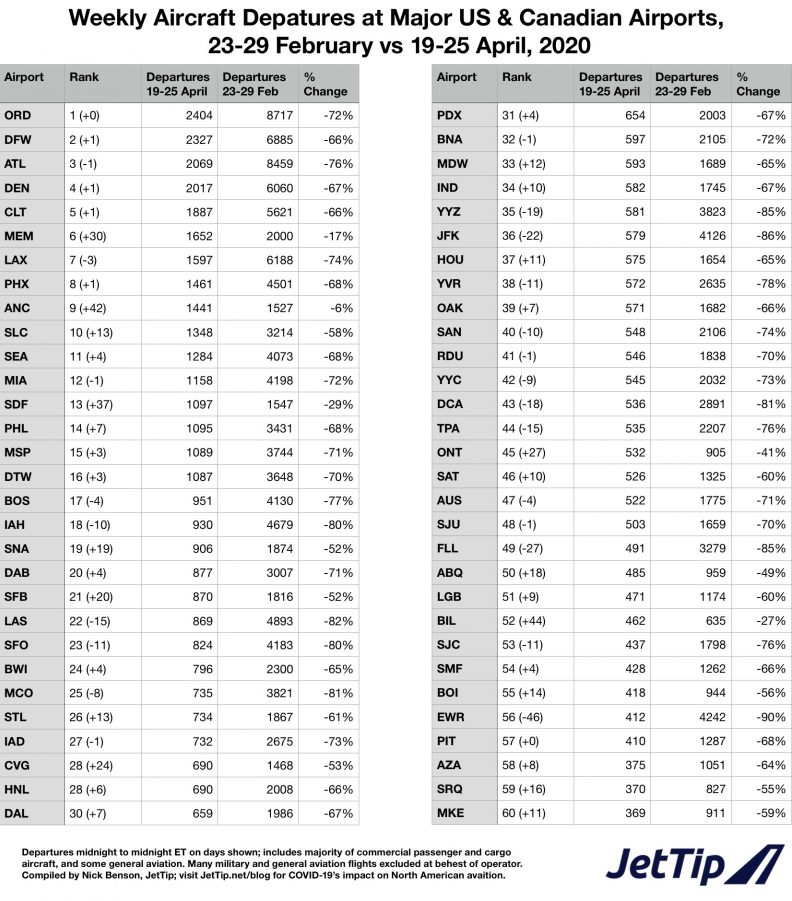 Again, this is an imperfect measure of the number of passengers per flight, but it should be a relatively reliable proxy, and I think the trend it shows could be genuinely helpful. 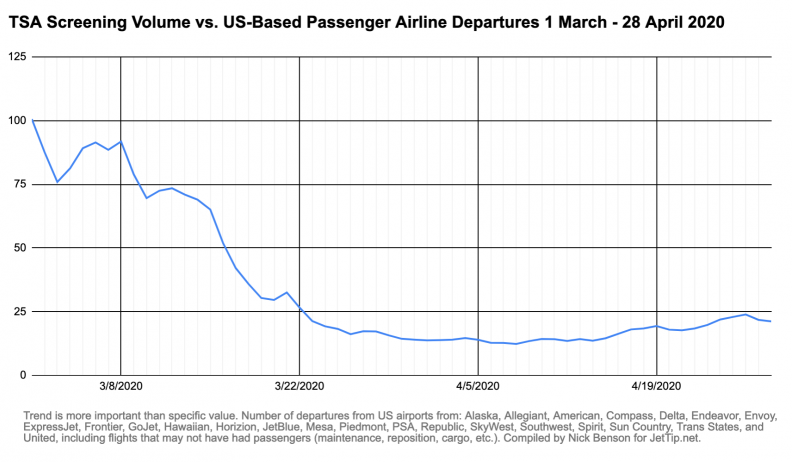 American set a new post-crisis traffic low on Tuesday, as did Endeavor and Mesa. Returning readers should take note that the percentages mentioned in the graphs are now based on weekly numbers, not daily numbers. 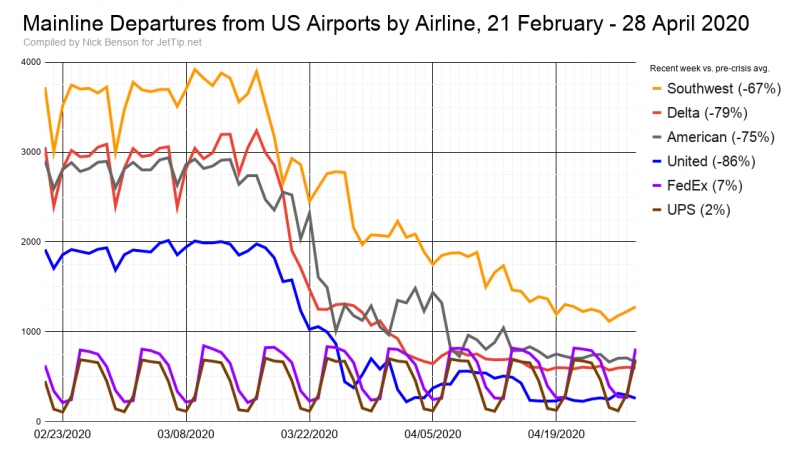 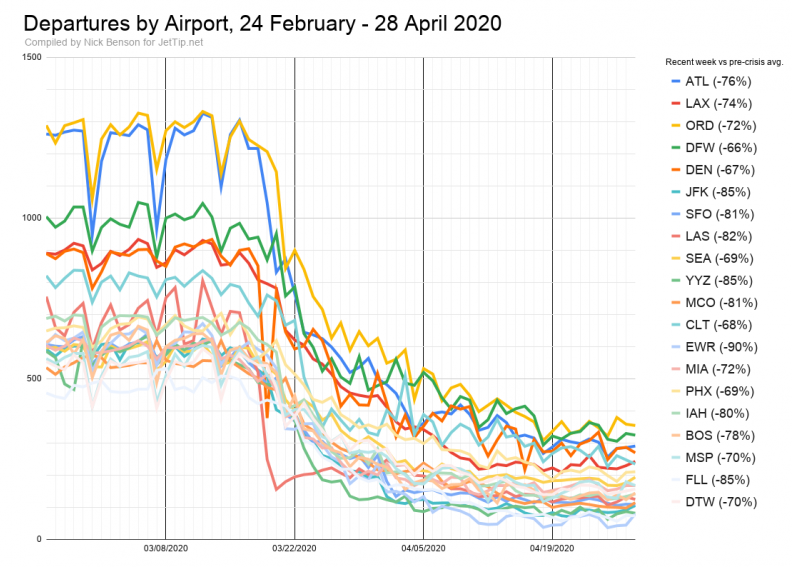 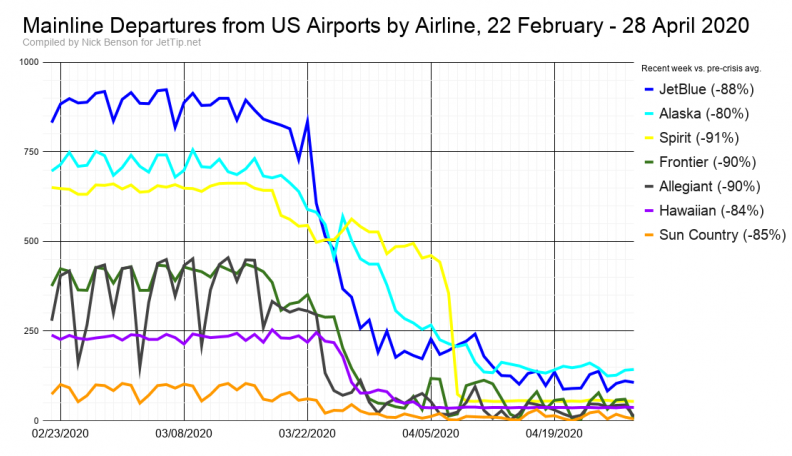 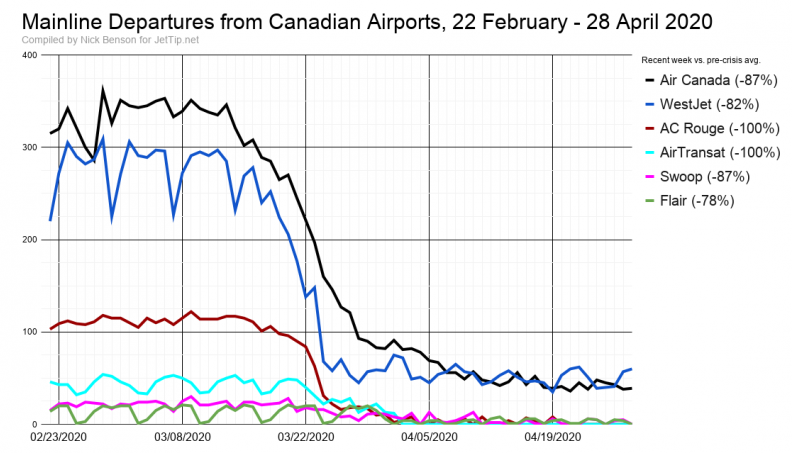 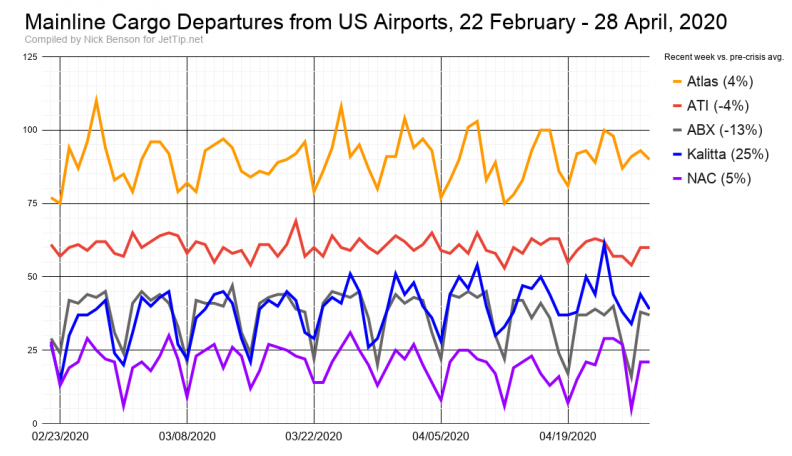 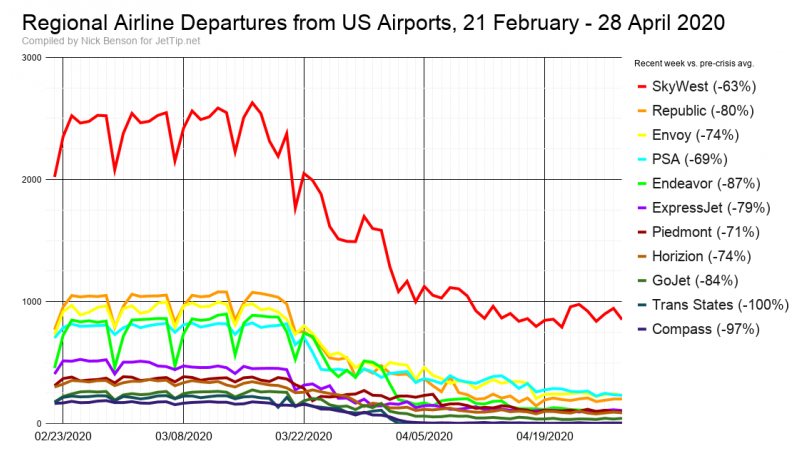 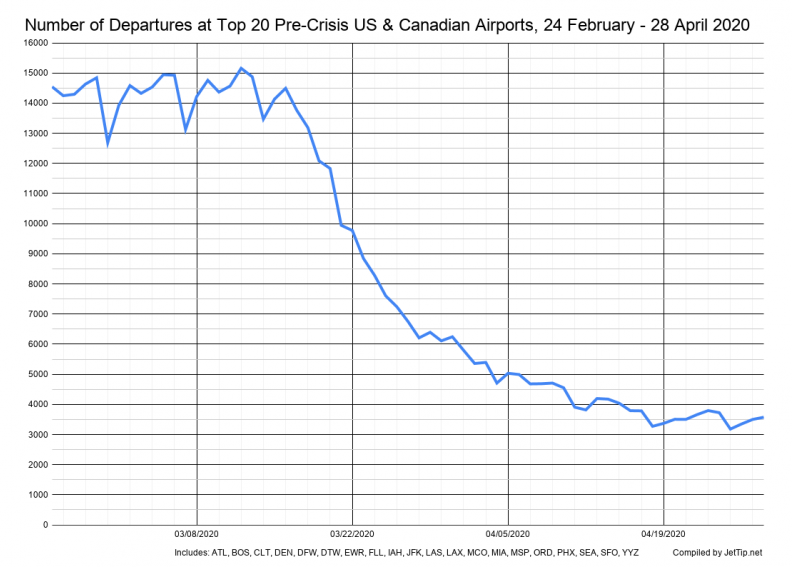