Last week (including the Sunday of Thanksgiving) US passenger airlines carried 35% of pre-crisis passenger volume on 58% of the flights utilizing 81% of their fleet. Of the big four, Southwest was the only one to drastically increase their flight operations for the week of Thanksgiving, along with Spirit, JetBlue, Frontier, and Allegiant. Passenger volumes over the holiday were strong, but year-over-year numbers decreased last week.

The number of aircraft being operated each of the passenger carriers has generally increased; a few noteworthy changes (5 or more added/removed) since November 1:

The cargo carriers, which really hit peak after Thanksgiving, are going strong, as can be expected; nearly all of the cargo carriers we've been tracking had their busiest days of the year to date last week. Our article on peak season has a fairly comprehensive overview of the aircraft getting utilized by the mainline carriers this year. 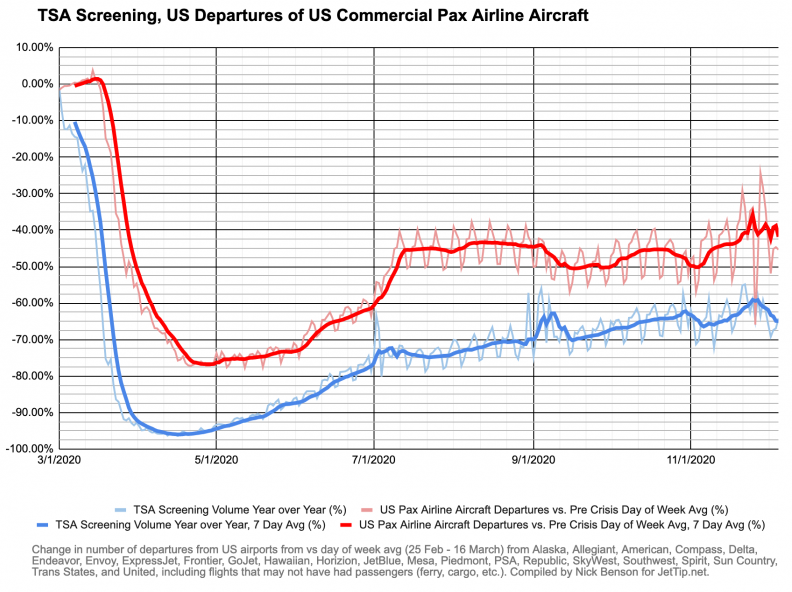 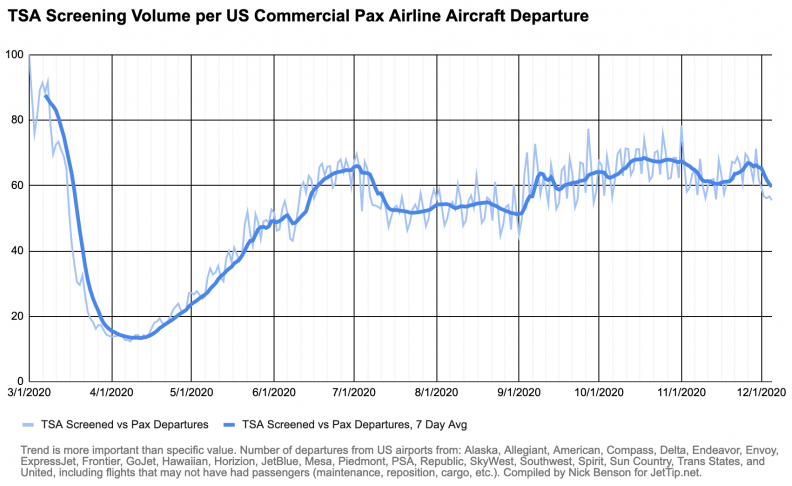 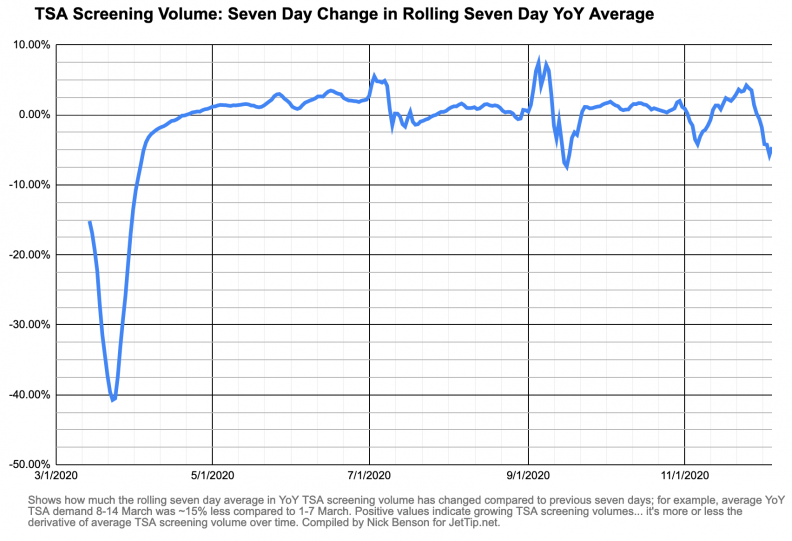 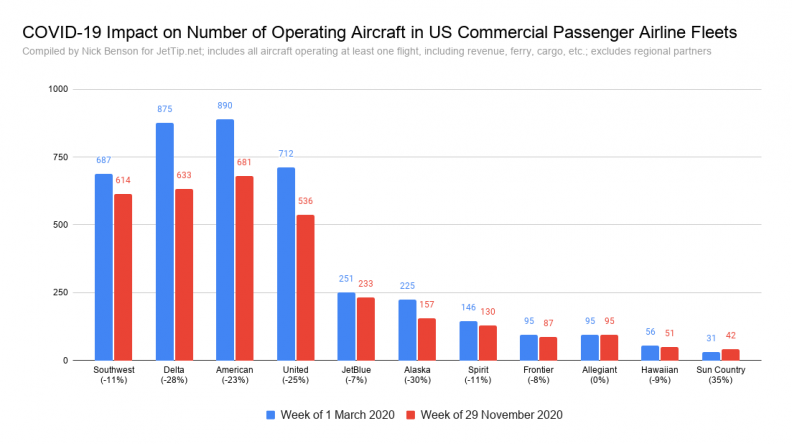 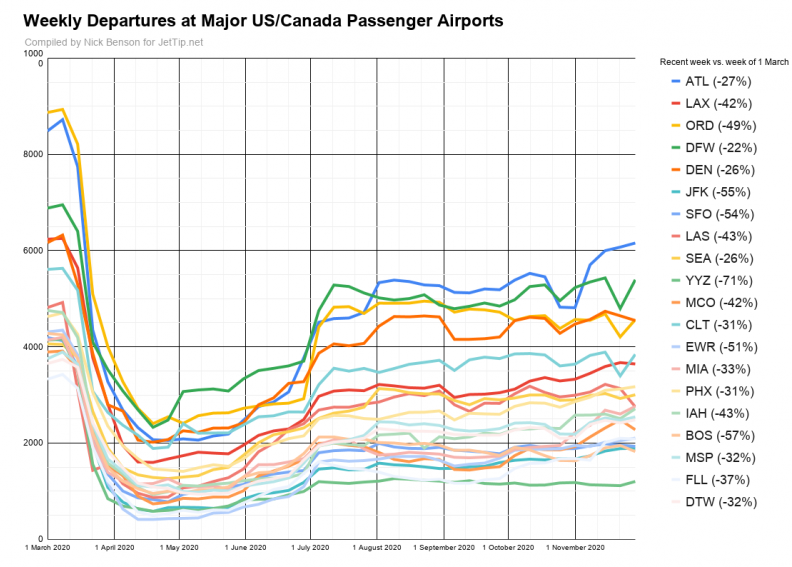 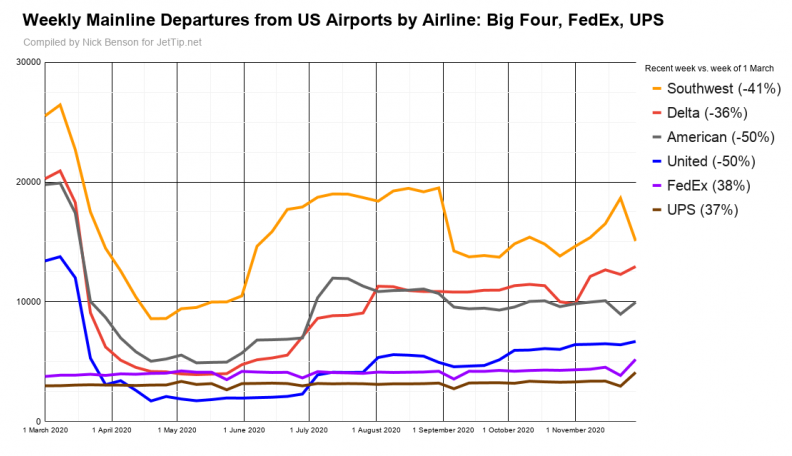 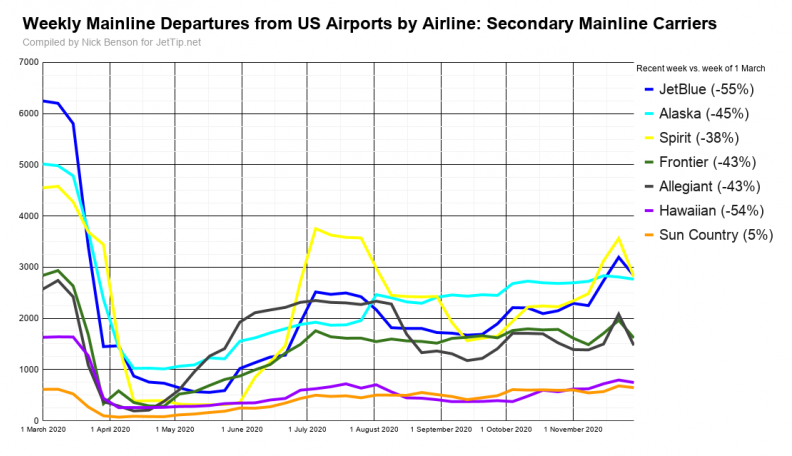 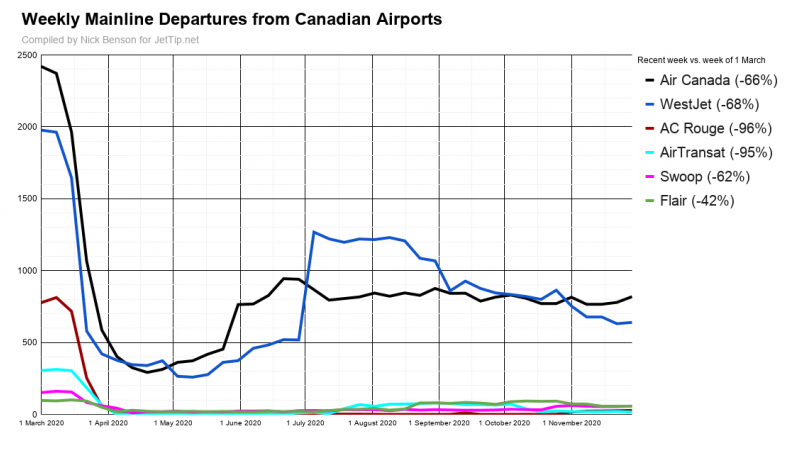 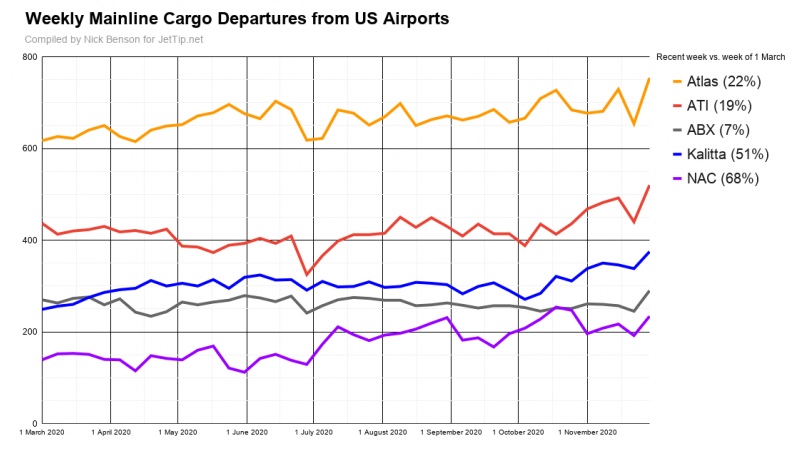 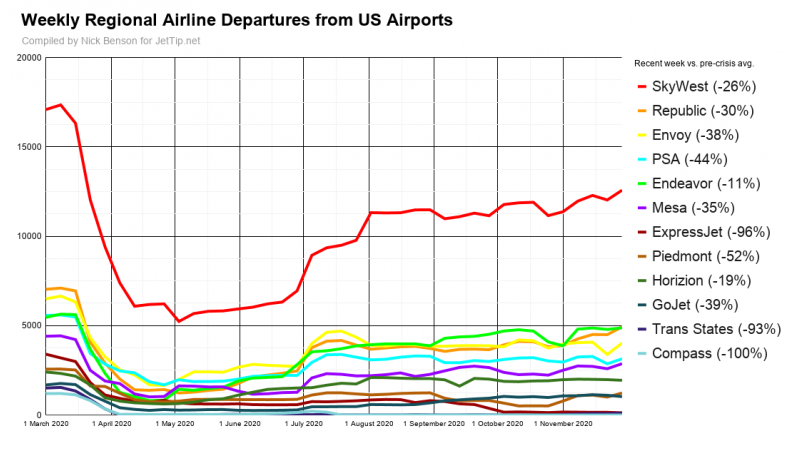 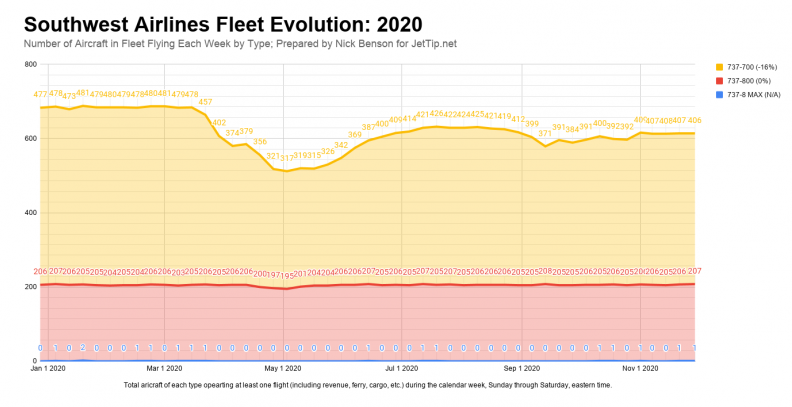 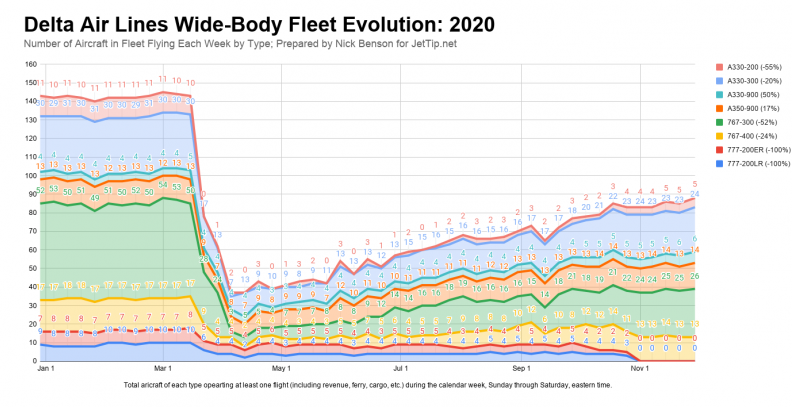 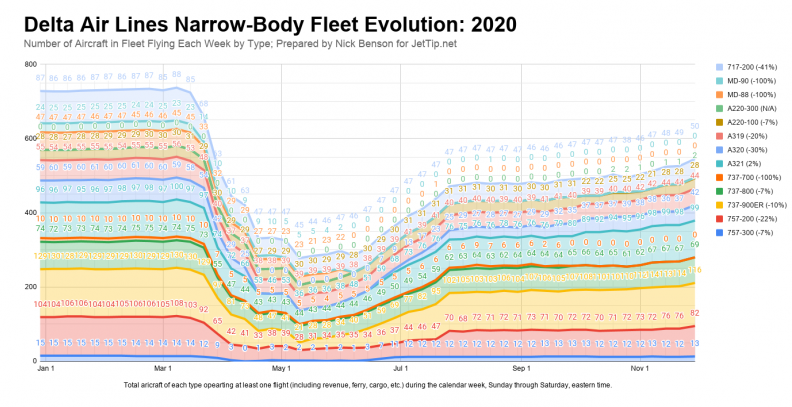 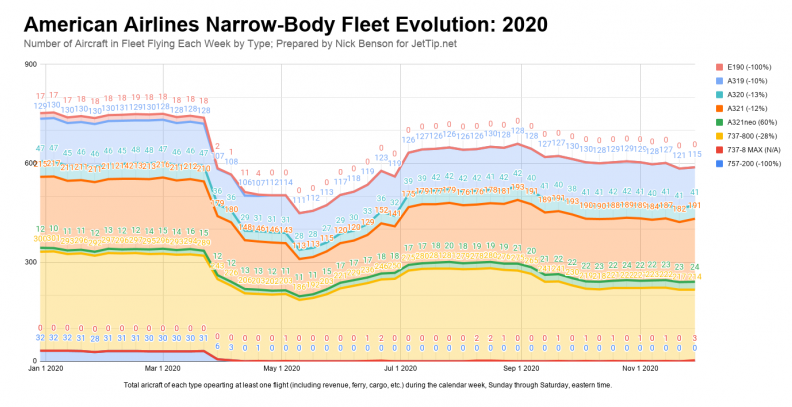 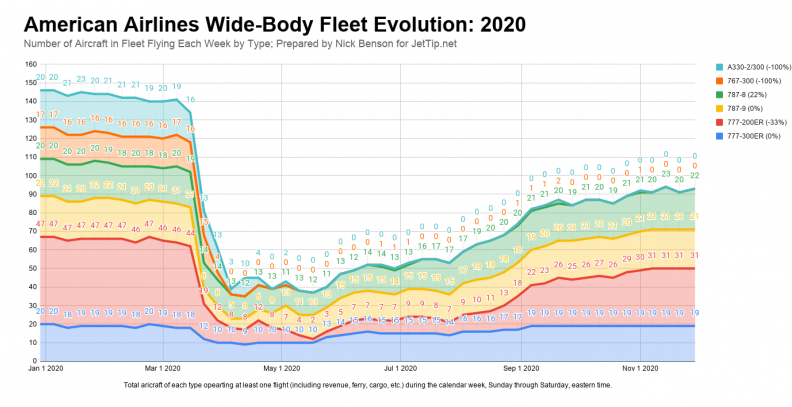 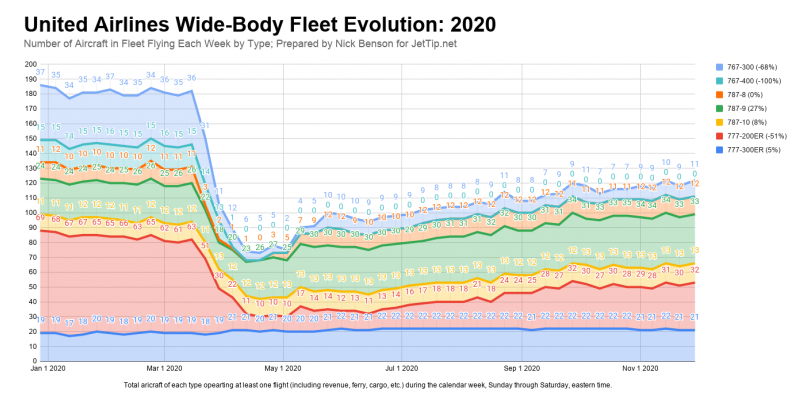 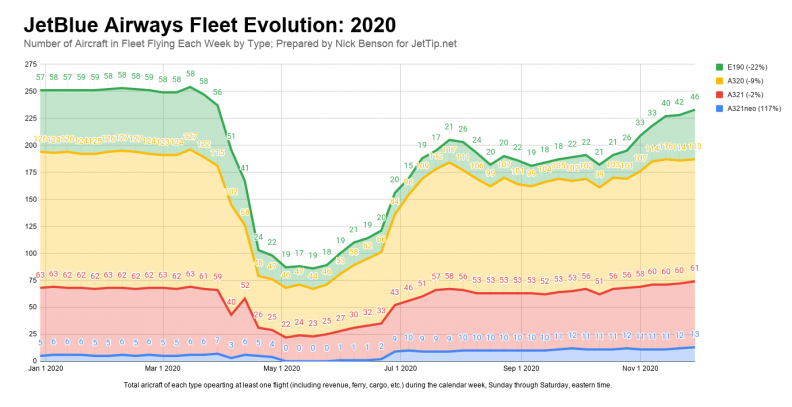 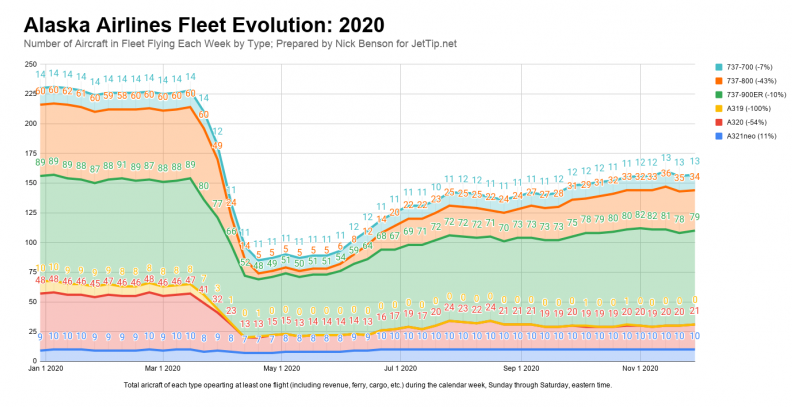 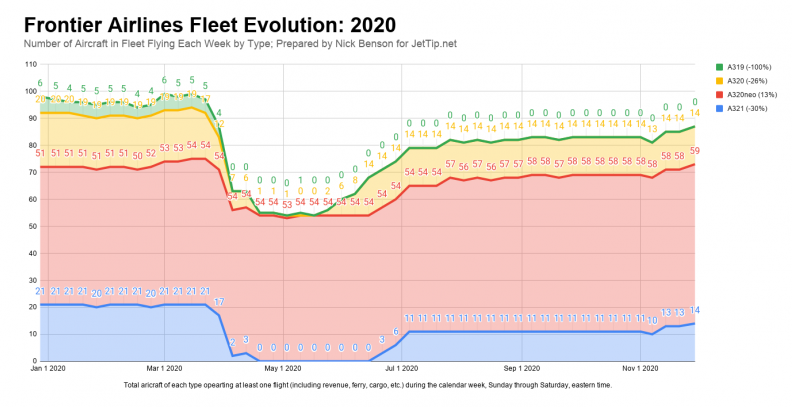 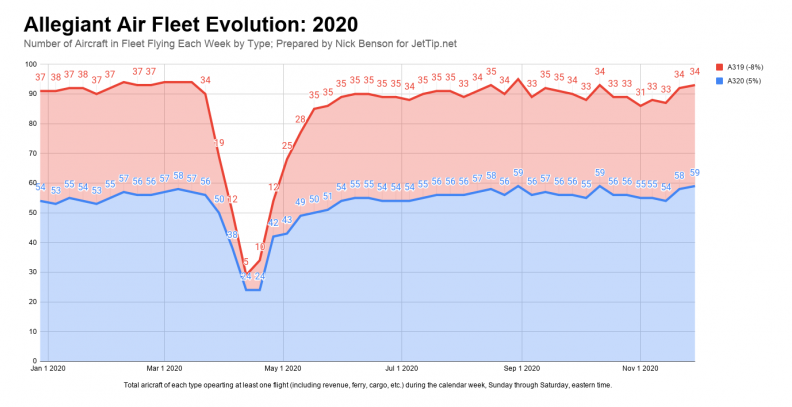 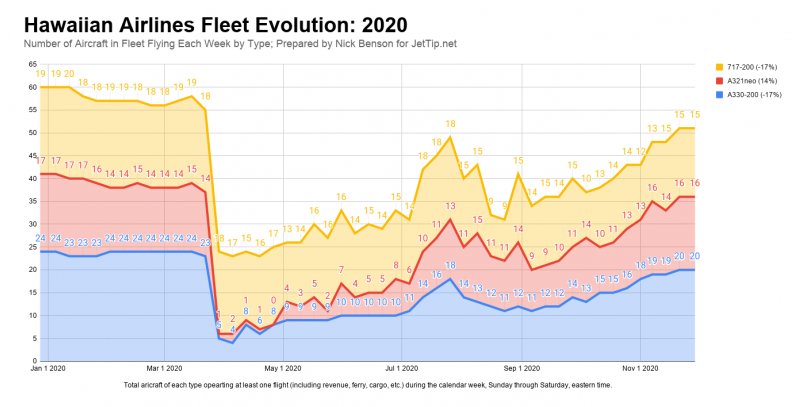