I'm going to try doing a new post every day with the latest updates, as I think there's some interesting content coming from other folks that's popping up but getting lost as I try to keep content on a single post up to date. We'll see how it goes. Traffic stats up top, additional news down below.

Nothing too unusual being revealed with yesterday's traffic stats; cargo flight operations are still relatively stable for the most part, with Kalitta still doing the best, and FedEx and UPS with modest increases. Passenger airline trends are steady; Spirit (-32%), Southwest (-52%), and American (-54%) appear to be outliers relative the the rest of the North American mainline carriers, who have cut much deeper. Yesterday's TSA screening stats holding steady at -95% year over year.

Methodology notes can be found at the bottom of this post. 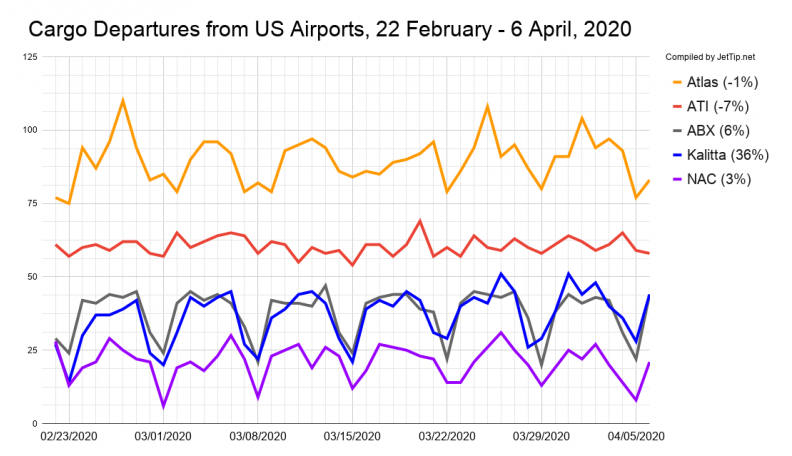 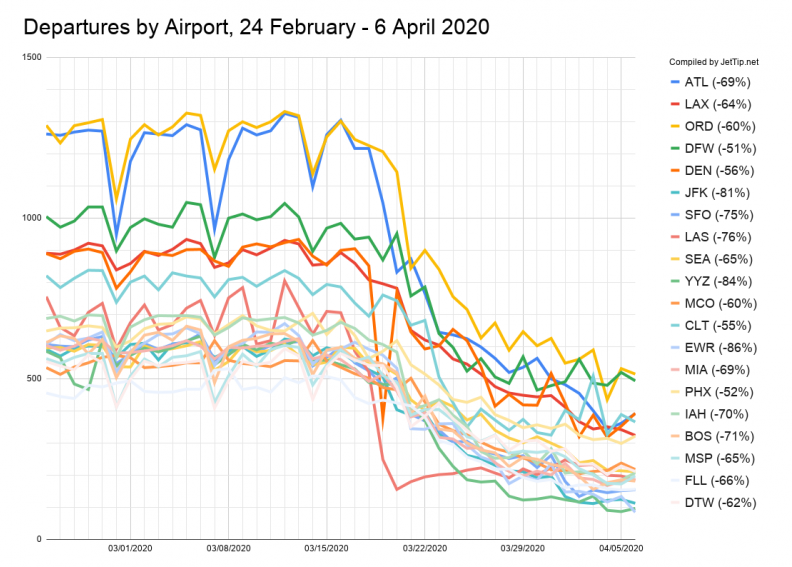 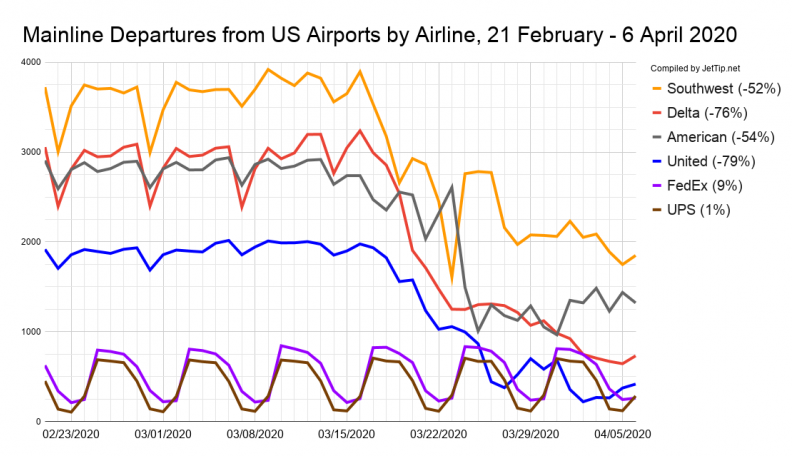 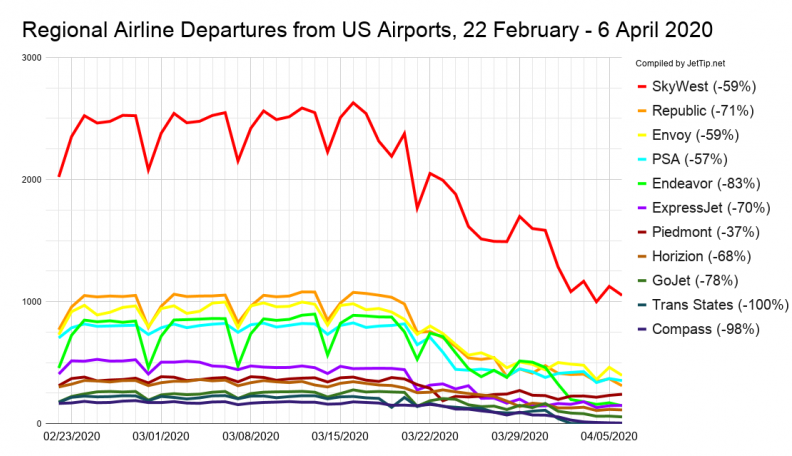 Most of this content can be found if you keep tabs on JetTip's Aviation News Twitter list. Nuggets today include Lufthansa's fleet reduction plans (they'll still be the only carrier operating all three families of the modern passenger quadjet), and the sobering expectations on how long a return to normal will take:

So, here are some graphs and an airline by airline breakdown in the decrease in traffic from US and Canadian airlines over the last month. The methodology here is to count all flights between 12:00:00 AM and 11:59:59 PM eastern time that departed from an airport in the airline's respective home country (Delta departures from US airports, WestJet departures from Canadian airports, etc.). Since commercial airline schedules are highly cyclical, the percent change is derived by comparing the specified day's count compared to the average of the number of flights each airline operated during three previous "pre-crisis" weeks, 22 February - 13 March.