Airline traffic hasn't completely bottomed out yet, sadly. Saturday (traditionally the slowest day of the week) set new post-crisis lows for several airlines and airports. Republic and JetBlue set a new lows yesterday, as did Spirit on Tuesday.

We also saw some record high traffic numbers - UPS and FedEx had their best post-crisis days on Tuesday, and then FedEx had another record day yesterday. FedEx traffic is up 10%, UPS 5%.

For those of you who've been reading, thank you; I'm going to try moving to a weekly format for these posts, with updates going live on Monday morning. 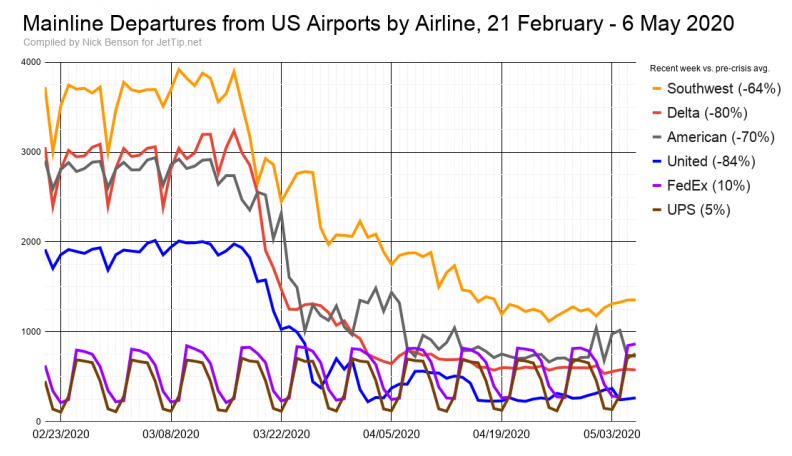 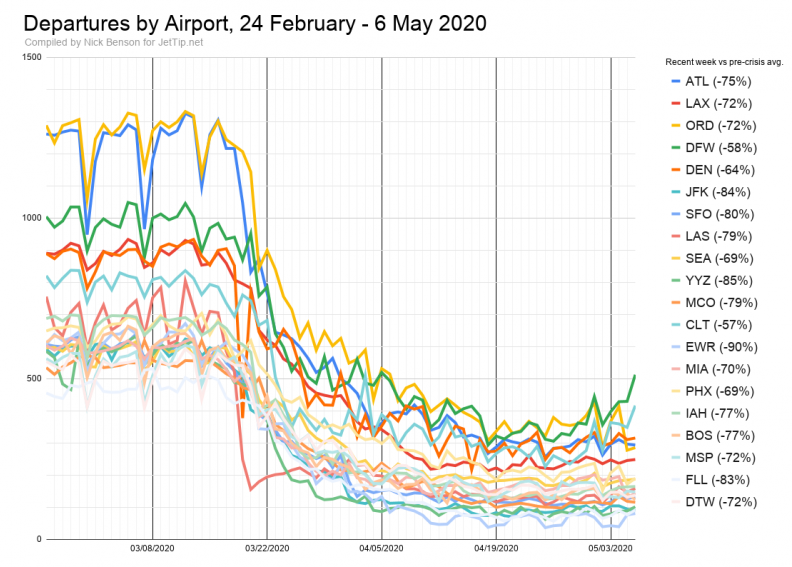 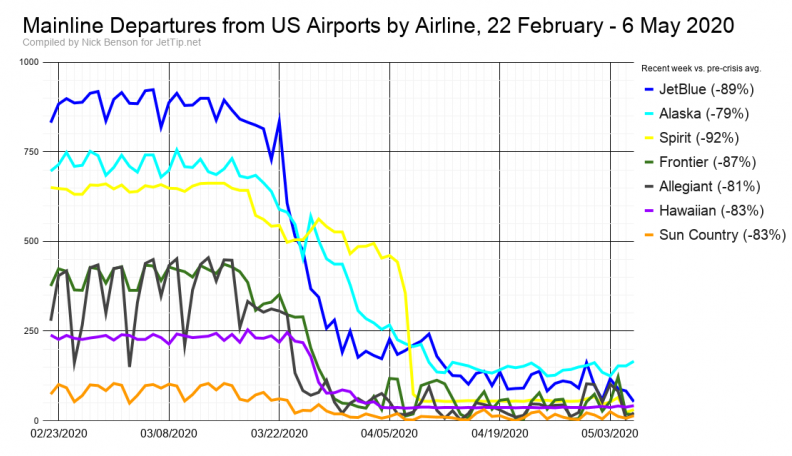 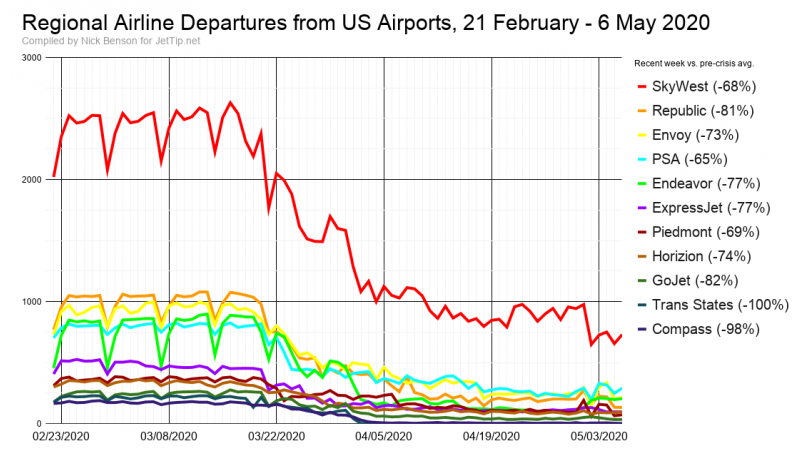 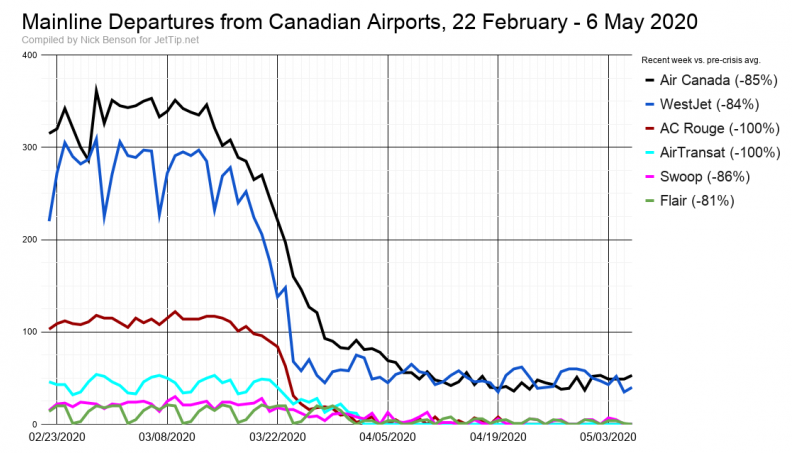 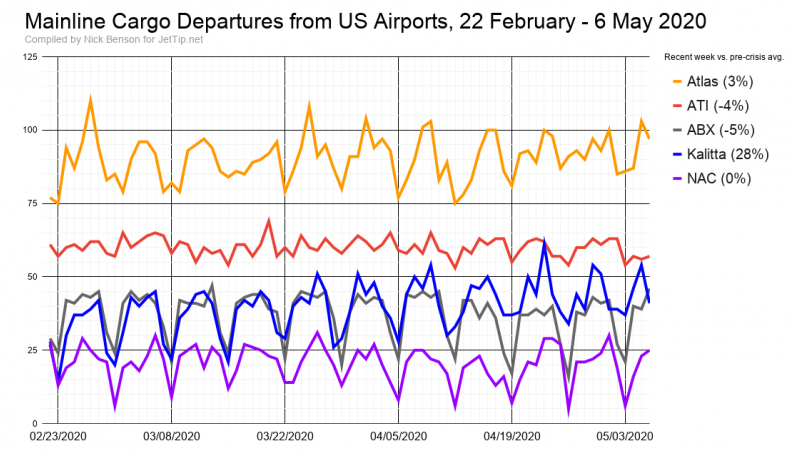 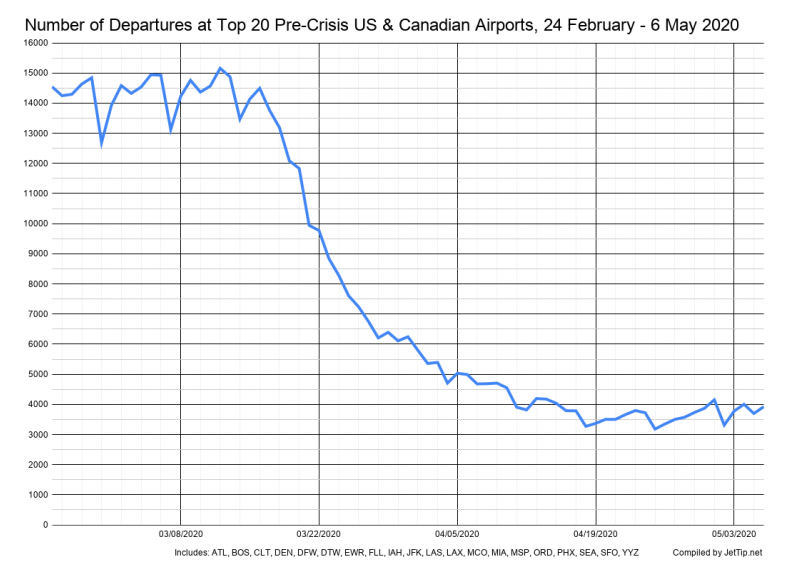 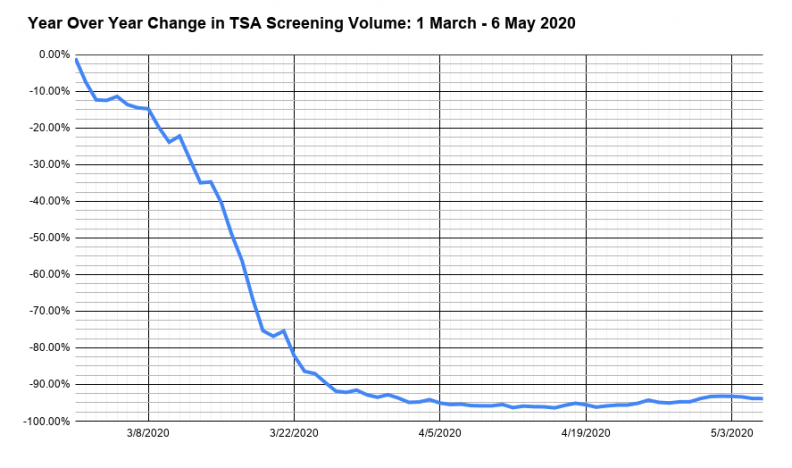 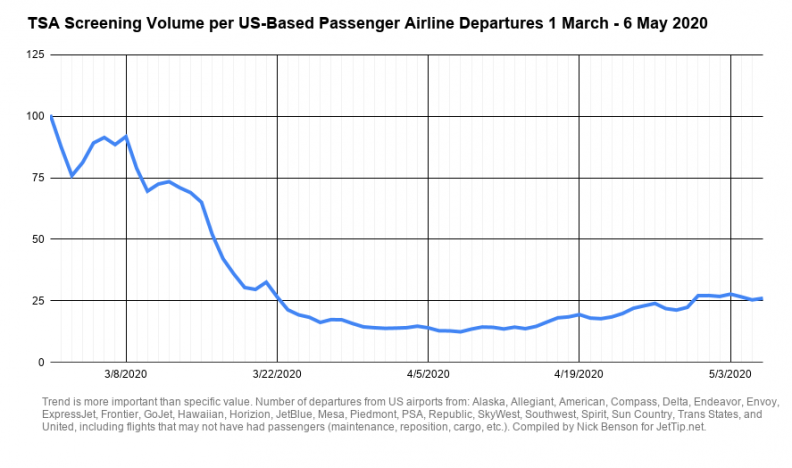 Yesterday I put together a piece for AirlineReporter on the evolution of commercial American passenger airlines; samples showing American Airlines data are below; check out the full story here. 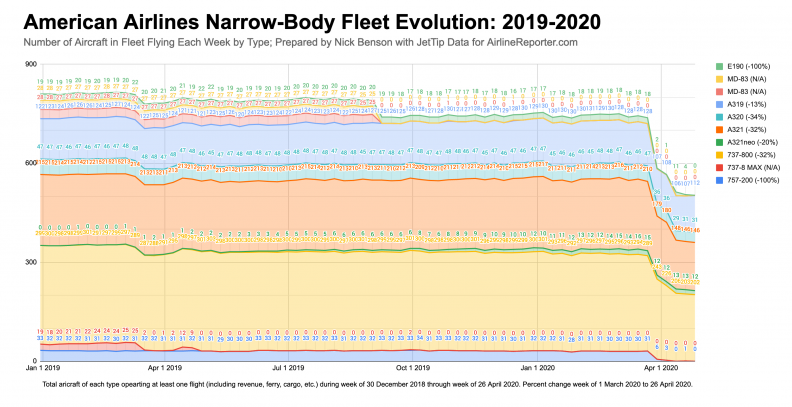 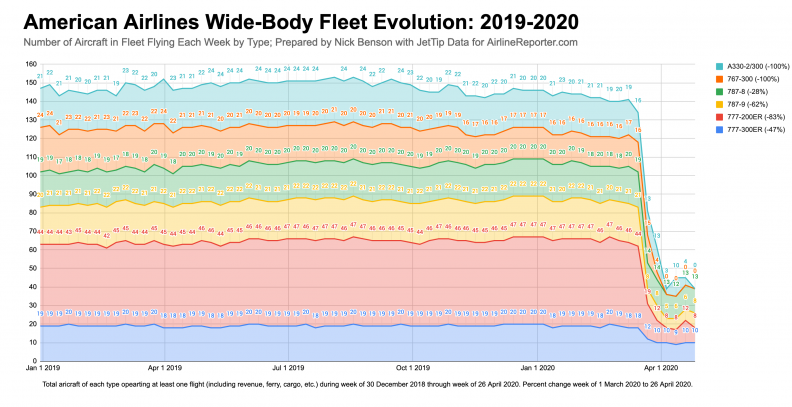