TSA screening volumes continue to increase, as do the number of flights getting operated, as many North American airlines have started operating their new schedules this week - traffic jumps on Southwest, American, Delta, Air Canada, Allegiant, Alaska, and JetBlue are most apparent.

While the trend is going in the right direction, optimism ought to be tempered by the broader view of how depressed the numbers still are relative to before COVID-19 - on Sunday US passenger airlines operated 35% of the number of flights to carry 15% of the passengers; last week the US mainline carriers didn't fly 1,733 of their aircraft - about 44% of the fleet.

As anyone following aviation news lately can attest, TSA Screening Volume stats are shared with great frequency and interest; the charts below include and compare against flight volumes, to get a rough estimate of passengers per plane, which I've now heard from several people are fairly close to the airline data they have access too - perhaps the "trend is more important than value" disclaimer is overly dismissive of the plotted figure? The average aircraft has about 50 people aboard now, compared to 100 on March 1. 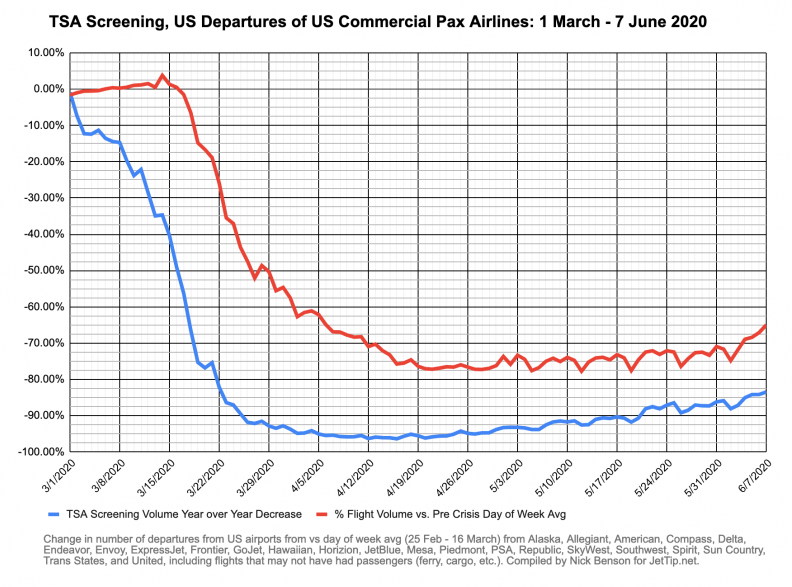 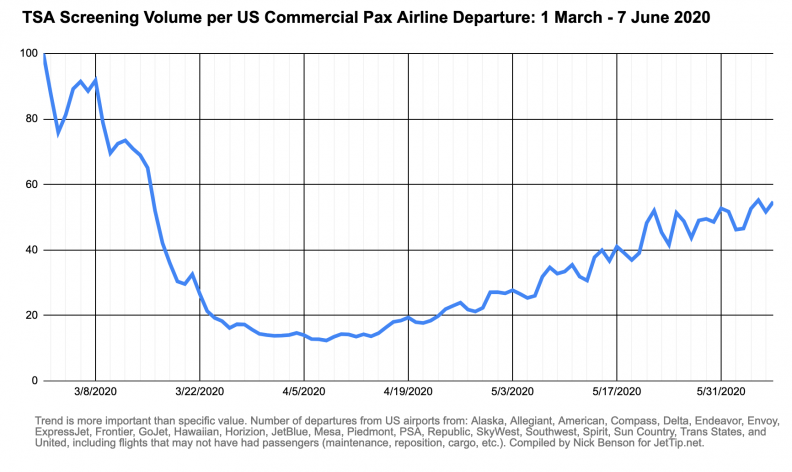 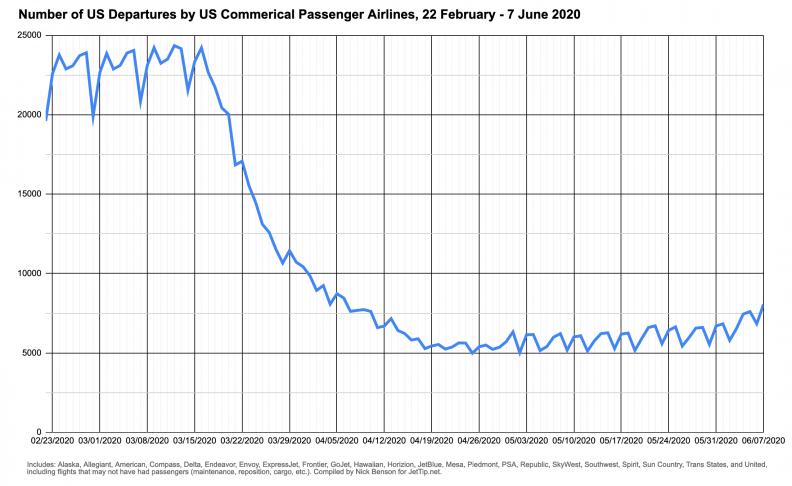 The usual airline-by-airline traffic graphs are below; if you continue scrolling, I've added graphs with a week-by-week breakdown that are a bit easier to read. 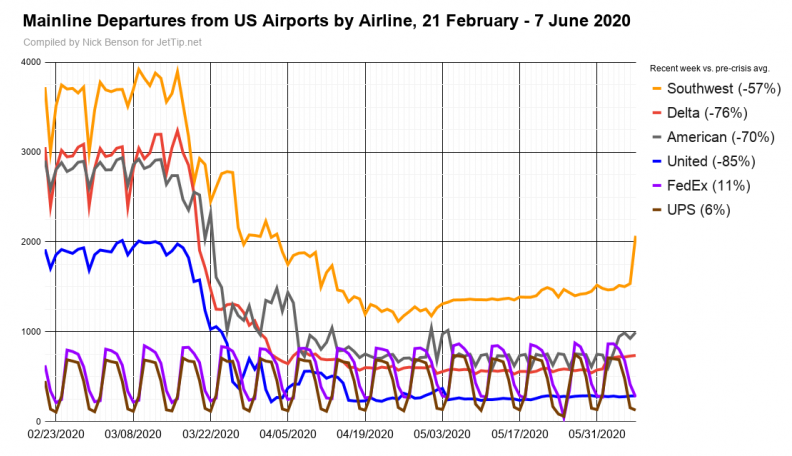 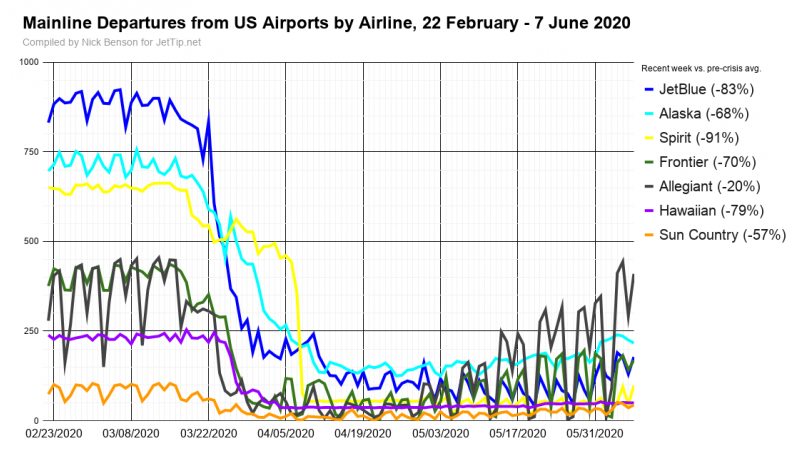 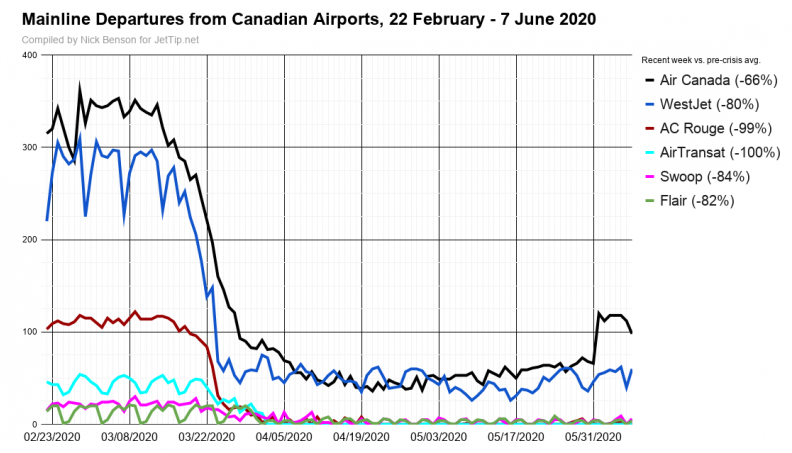 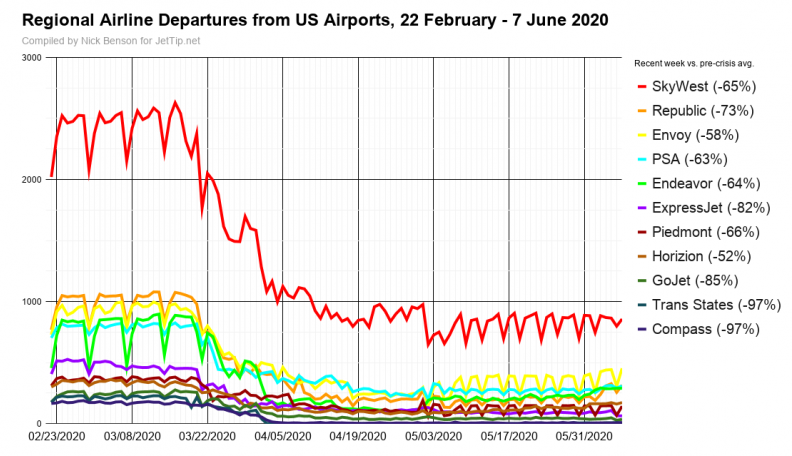 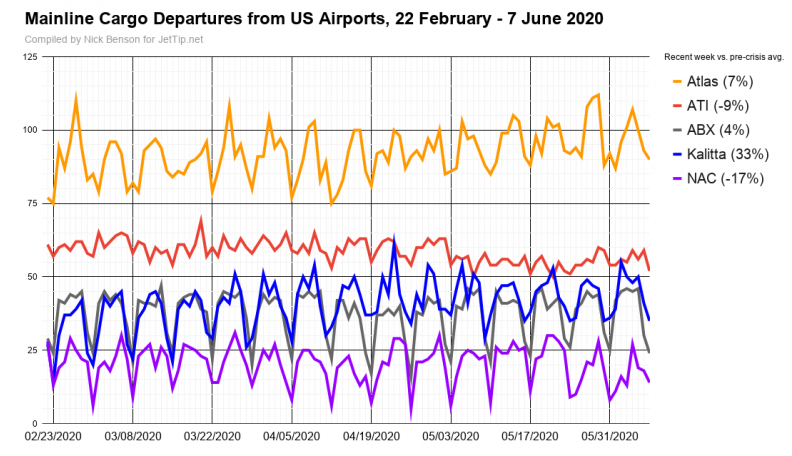 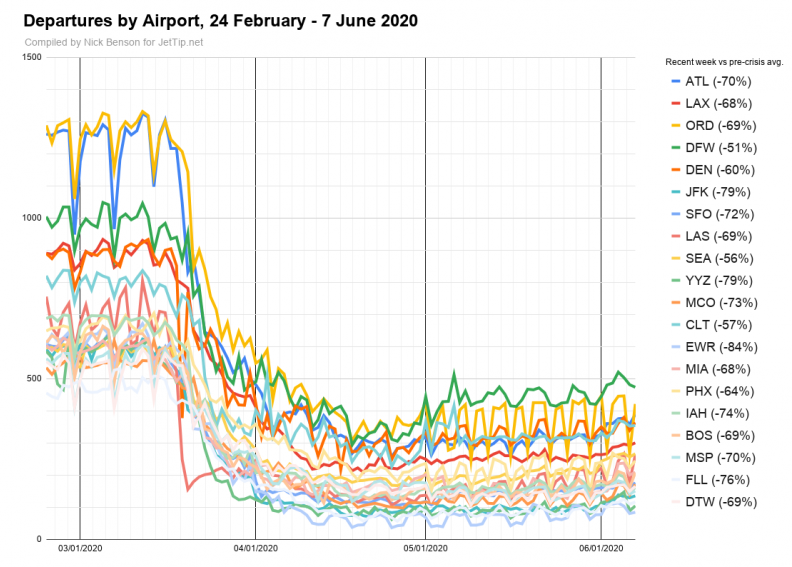 Same data as above, aggregated for readability. 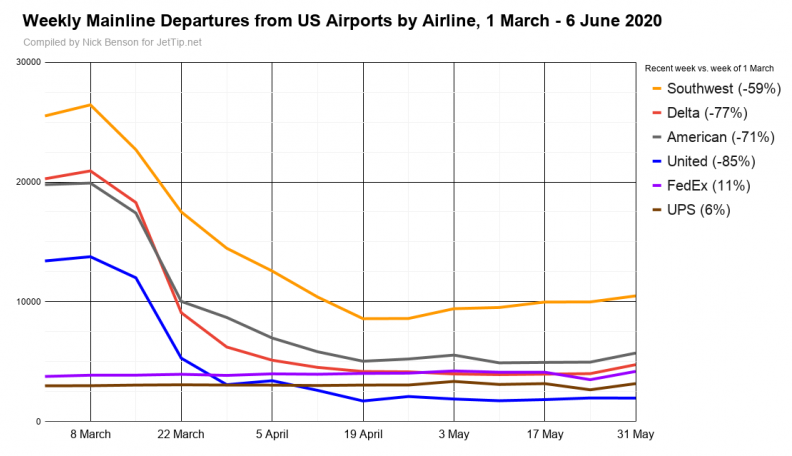 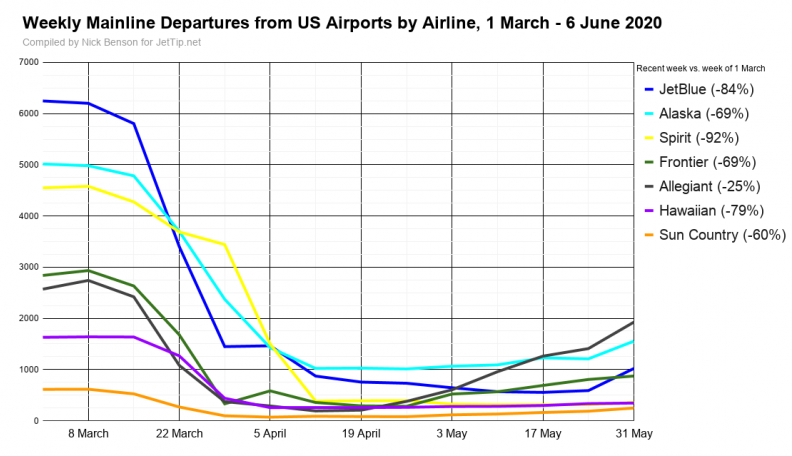 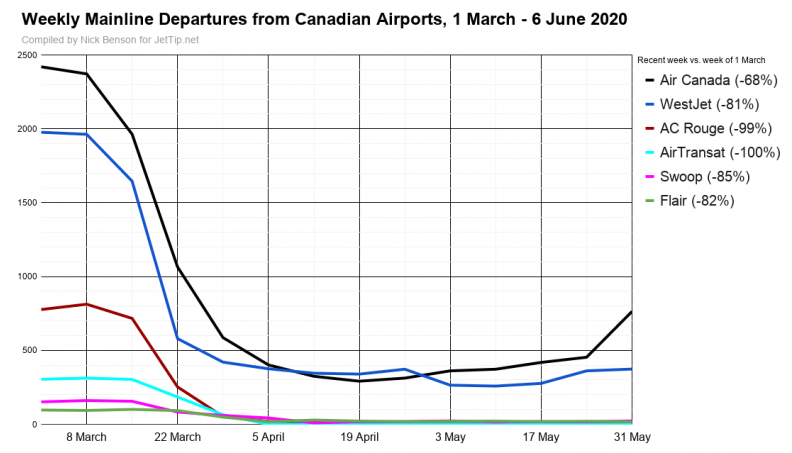 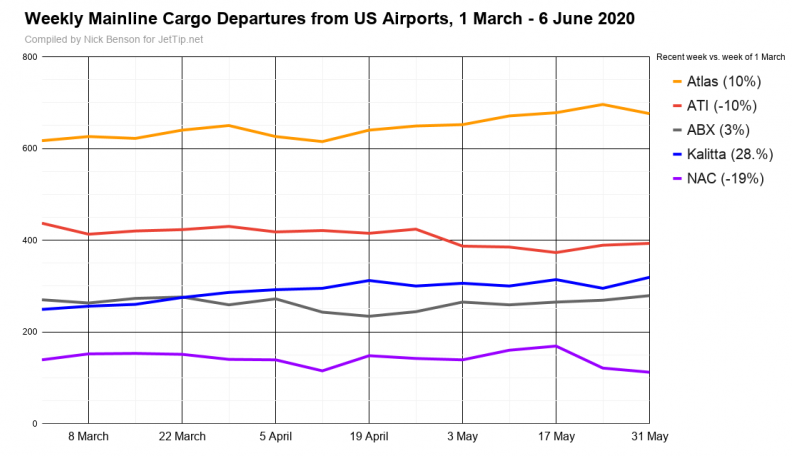 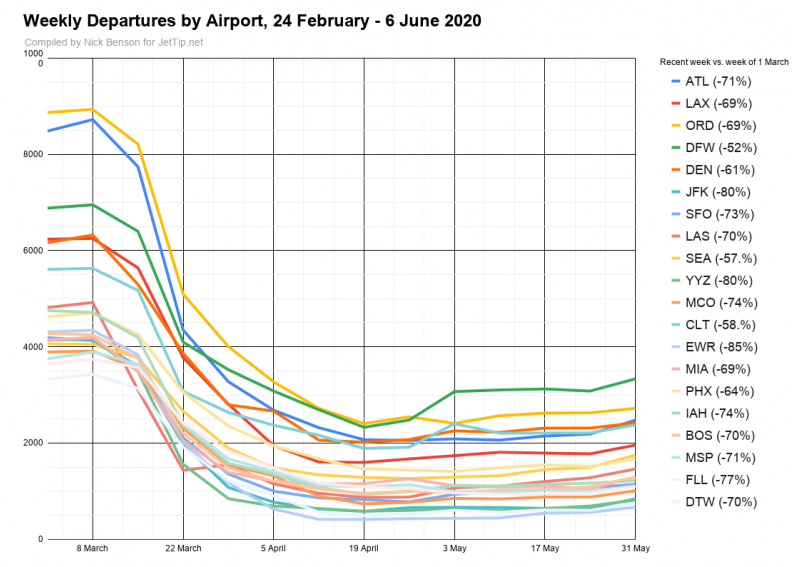 A few recent tweets had me expecting a decent number of aircraft coming out of storage, but that isn't shown in the stats - there are a few types getting more use on a few airlines, but broad growth is pretty modest. 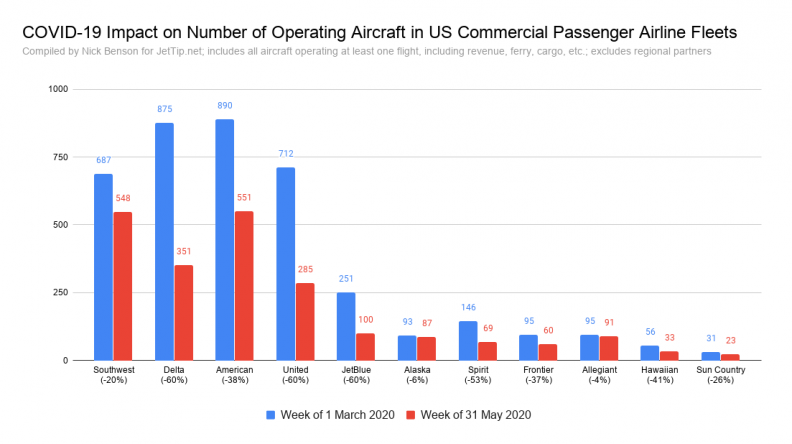 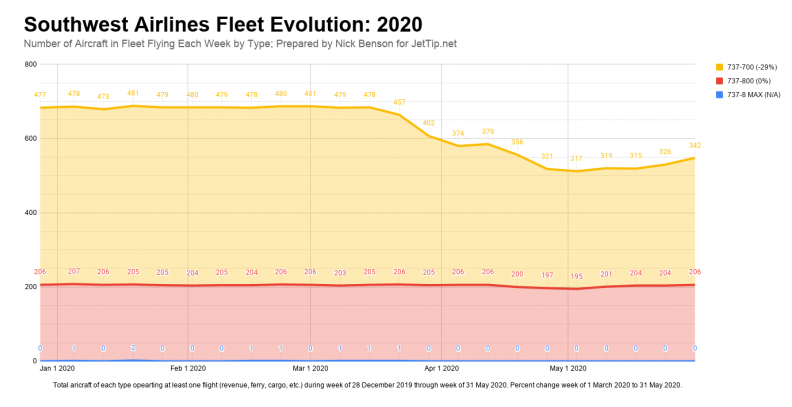 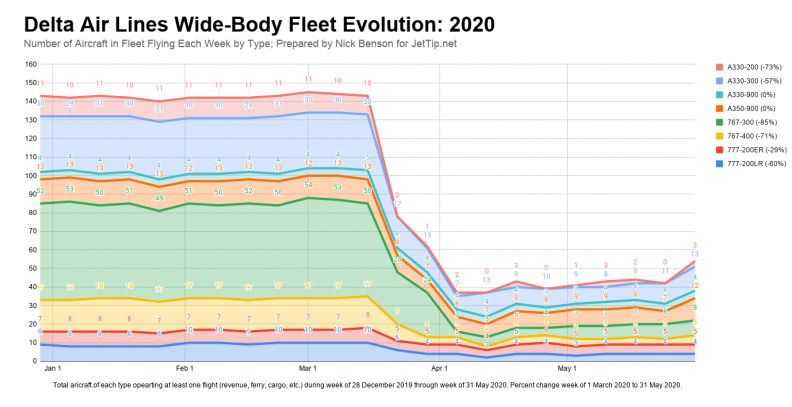 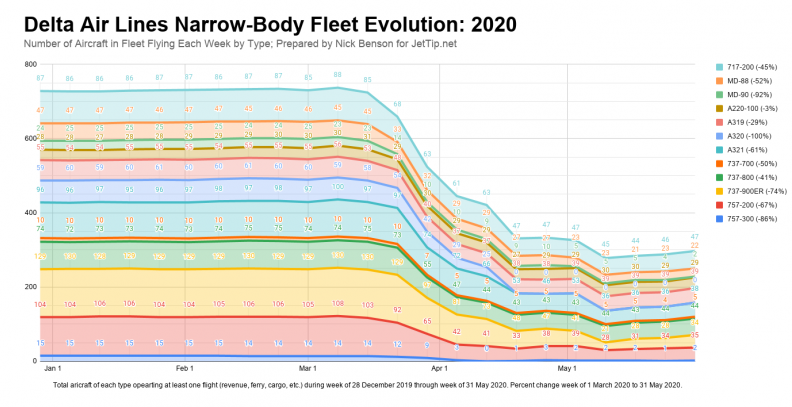 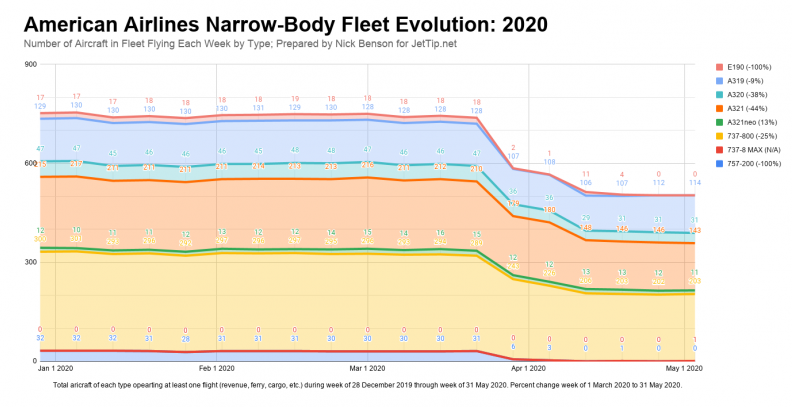 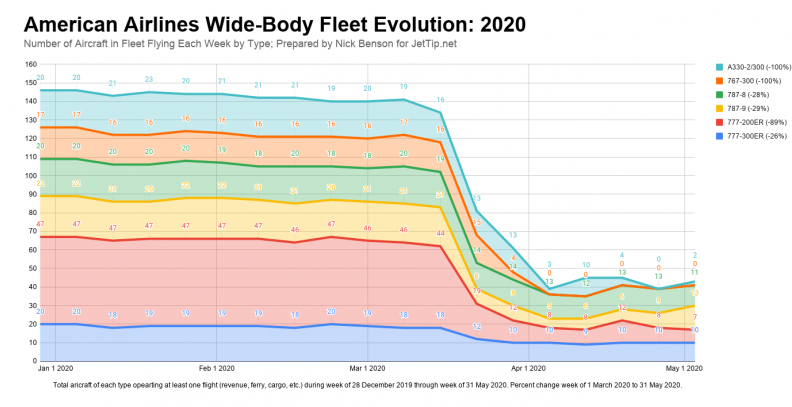 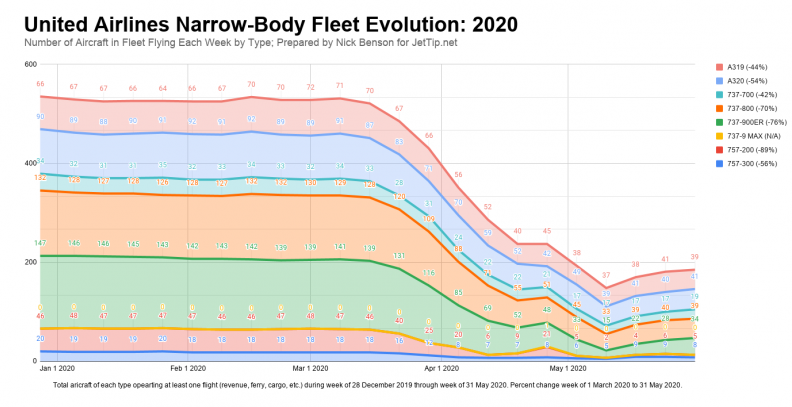 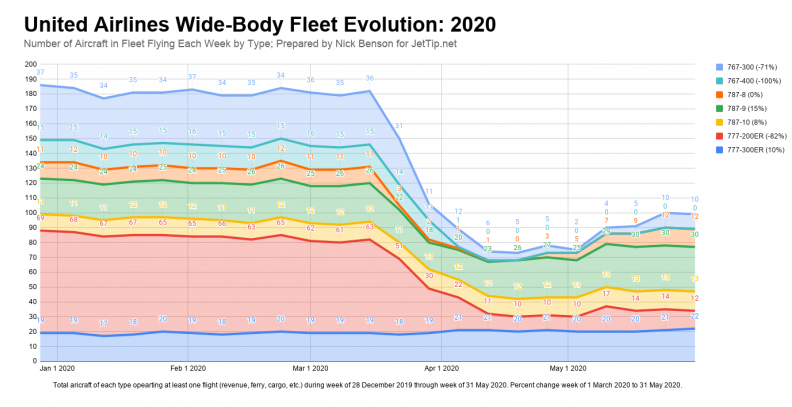 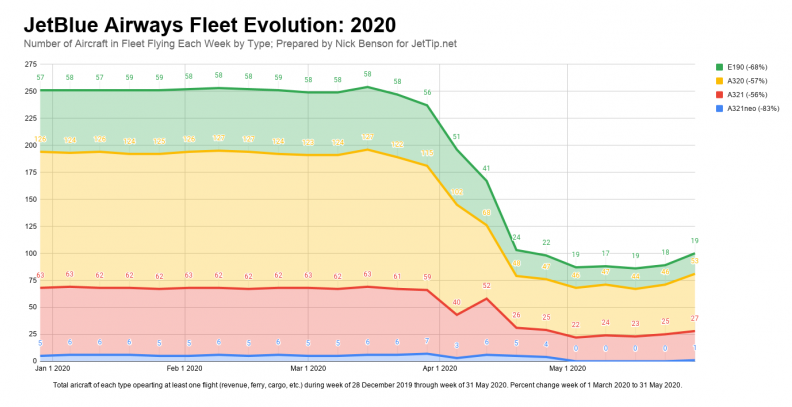 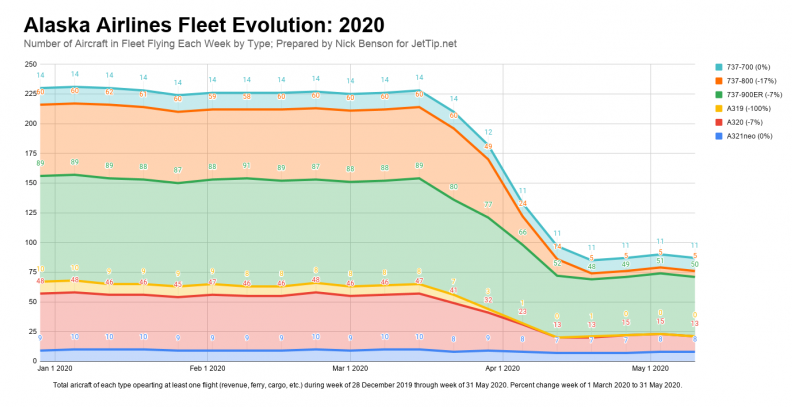 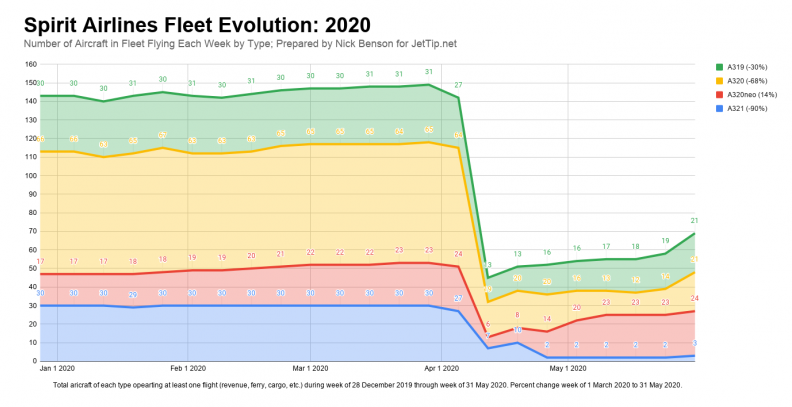 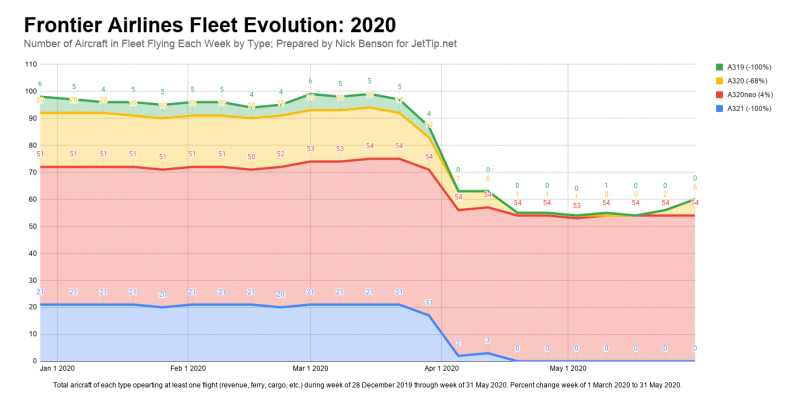 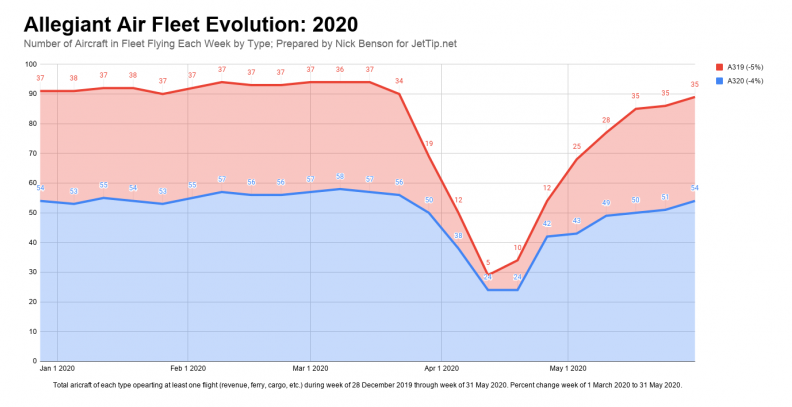 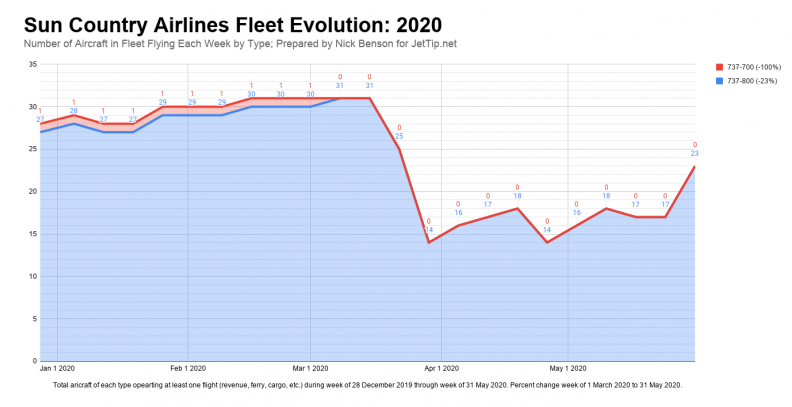 A few well-written stories have been published in recent weeks regarding the safety of flying during COVID-19; the fact that an industry supposedly built around safety first is doing so much to encourage passengers to get back on their aircraft, despite the fact that it's virtually impossible to comply with CDC distancing and masking guidelines on an airplane or at an airport, which many crew and passengers disregard as a personal liberty issue, and not one of safety, is baffling to me, and why I won't be choosing to fly for the foreseeable future - even if I can take measures to protect myself and others to prevent spread, it's almost assured other people sharing the space won't be.

That said, there are smart folks out there who've thought and written about the topic more thoroughly than I have here, and have arrived at different conclusions; I'd encourage anyone interested in the topic to read all three of these pieces:

Sorry for the Delay!

A handful of you wrote in asking where the updates were - I'm glad some of you enjoy the data! I apologize for the delay in getting this edition out; life's been hectic lately with my home-office ripped up and loved ones disturbingly close to the recent civil unrest here in the Twin Cities; the office is largely reassembled, and the loved ones are safe, so hopefully I can get back on track with more frequent updates. In the meantime, keep an eye on @JetTipNet on Twitter, where I occasionally post updated graphs when something interesting pops up.