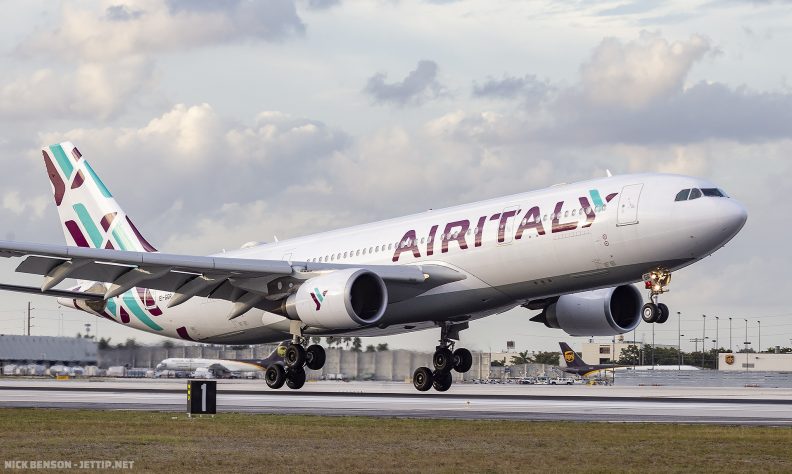 Air Italy has announced they're ceasing operations on February 25. No additional flights will be operated with Air Italy equipment, and the schedule for the next two weeks will be operated by other aircraft - if you haven't already documented Air Italy metal in the United States, it looks like it's too late.

In JetTip's coverage area in the US and Canada, Air Italy operated a pair of flights with A330-200s:

Edit: per sleuthing from FlightRadar24, it appears Wamos will be operating a few of their A330-200s for Air Italy. The following tails are heading in or out of MXP today:

In the last month, Wamos operated a pair of flights to JFK on behalf of Norwegian; they haven't made recent visits to MIA.