If you don't feel like scrolling through all of the graphs I've painstakingly created, the upshot is that passenger traffic here in the US is trending upwards, but we've got a long way to go. Here in the States, compared to pre-crisis stats, last week the airlines flew 51% of the aircraft in their fleets, operated 25% of the flights, and carried 9% of the passengers. Steadily increasing passenger screenings relative to fairly stable flight volumes mean the airlines are losing less money on each flight as time goes on. Lipstick on a pig, sure, but good news nonetheless.

Yesterday evening I recorded an appearance on The Next Trip Podcast, where I discussed many of these numbers - give it a listen via the embedded link below, or find it on your favorite podcast machine.

Making graphs of TSA screening volume is very trendy in the avgeek analytics scene right now; my value-add is taking departures into account to see how the airlines are responding. Again, very promising upward trends with respect to passenger volumes and inferred load factors over the last couple of weeks.

Note: the TSA screening volume YoY percent change was erroneously plotted on account of account of spreadsheet error I made, which used the 12 May 2019 comparable volumes to tabulate YoY change instead of the values for the most recent days; as a result, the plotted value for 13 May 2020 to 18 May 2020 was 0-4% too high; the error has now been corrected. Note TSA YoY volume has not exceeded -90%, yet. 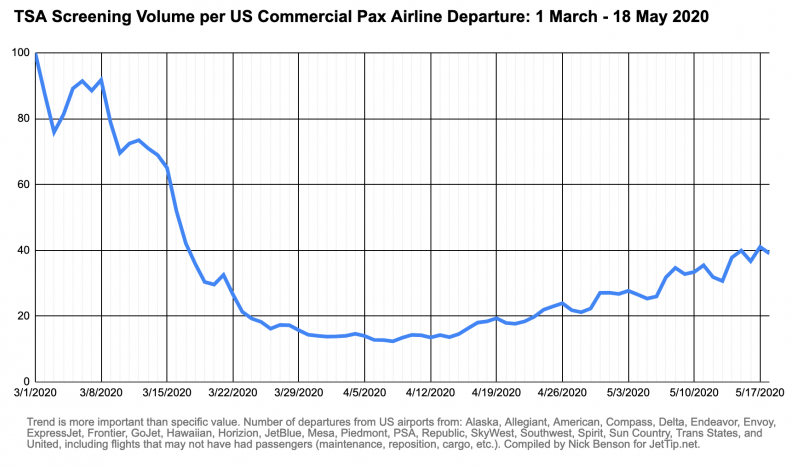 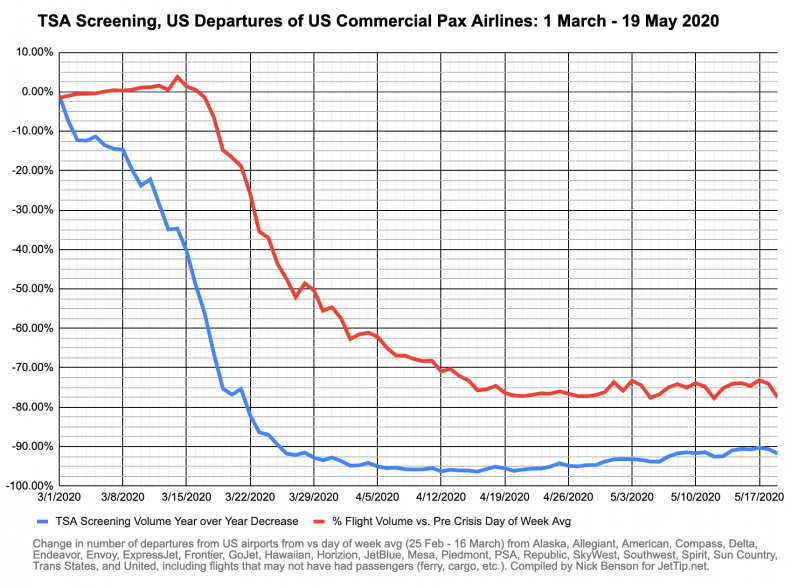 The airlines have largely found their post-crisis grooves with respect to flight volumes, pretty steady numbers across the board. Allegiant and Enovoy are outliers, both have increased their operations this month, not sure what the story is there, but might be worth looking into. FedEx and UPS are still up since COVID-19 hit, but their flight volumes decreased slightly last week.

For the first time in a long while, none of the major airports tracked hit post-crisis lows this Saturday, though Delta and ExpressJet did, but just barely. 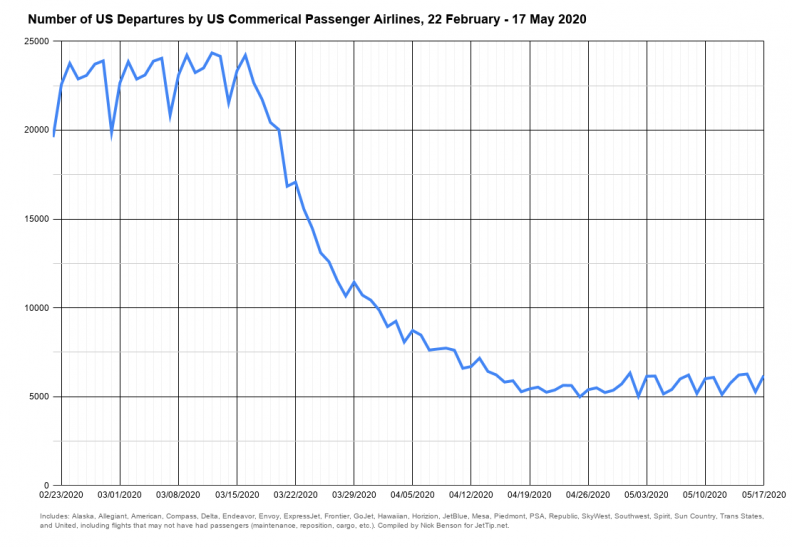 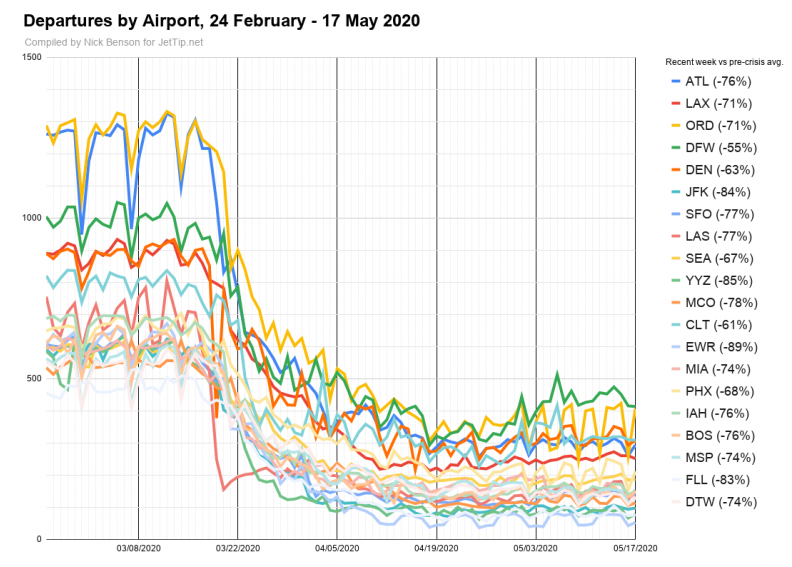 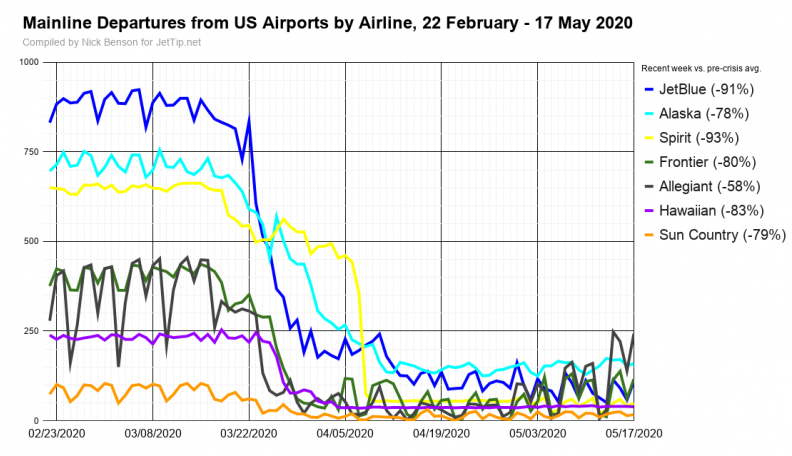 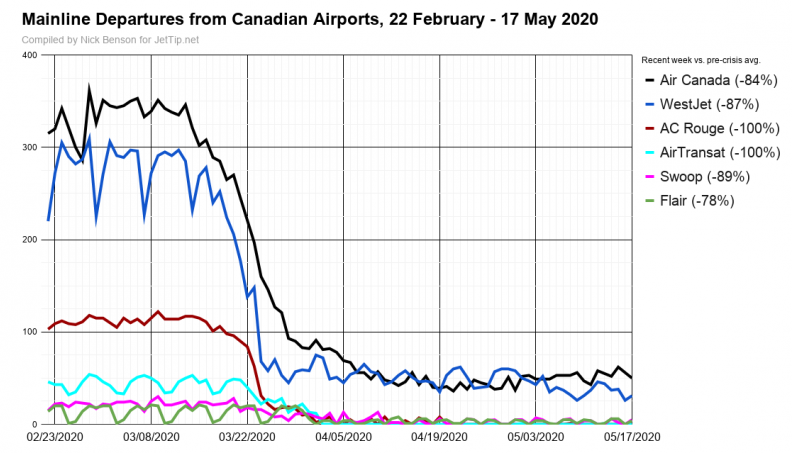 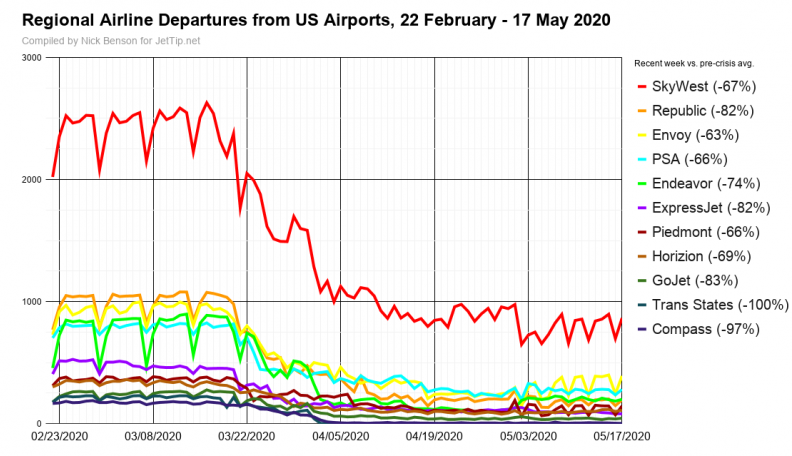 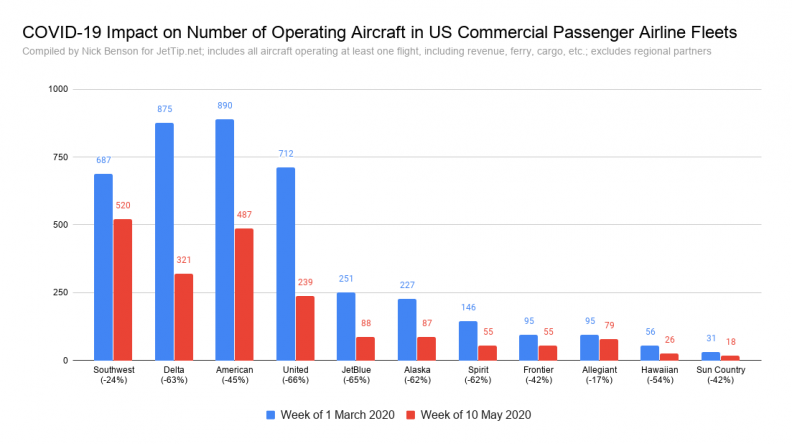 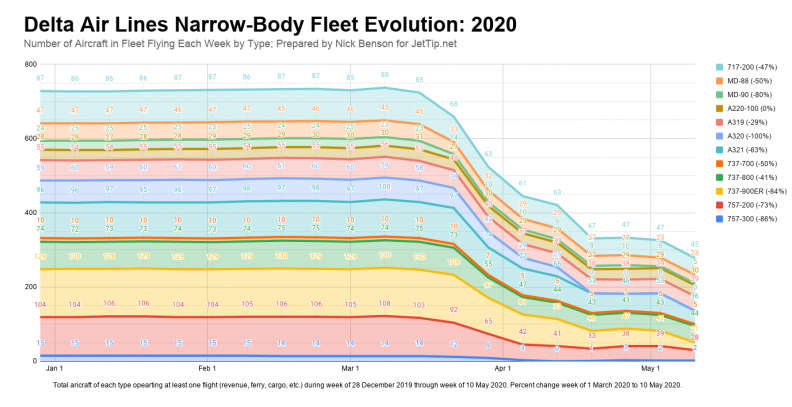 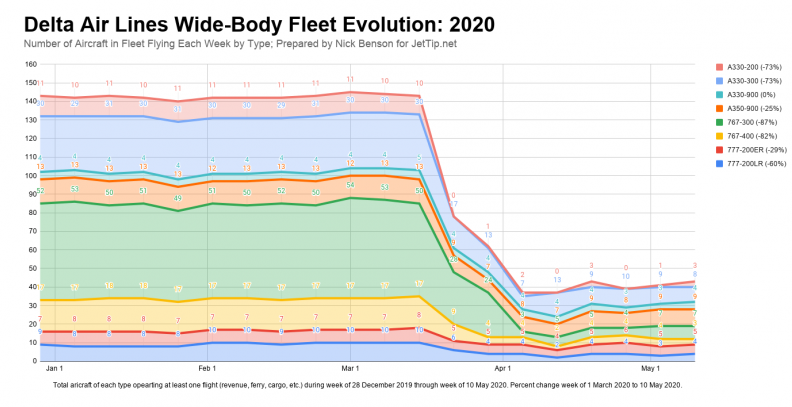 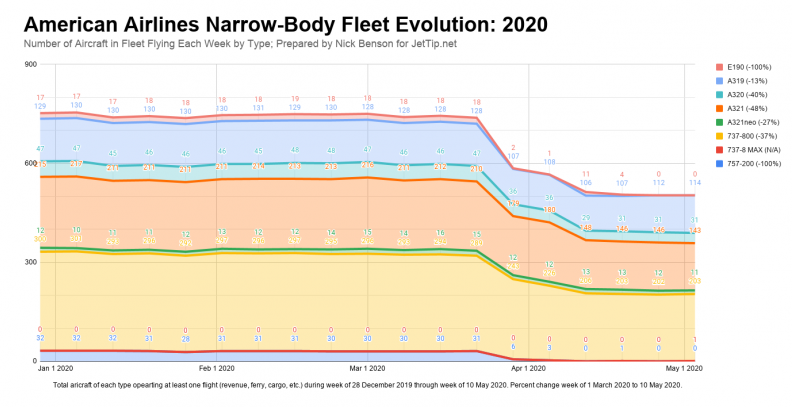 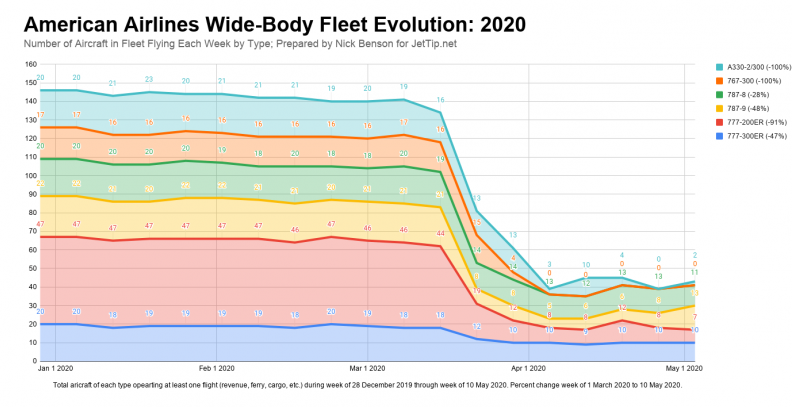 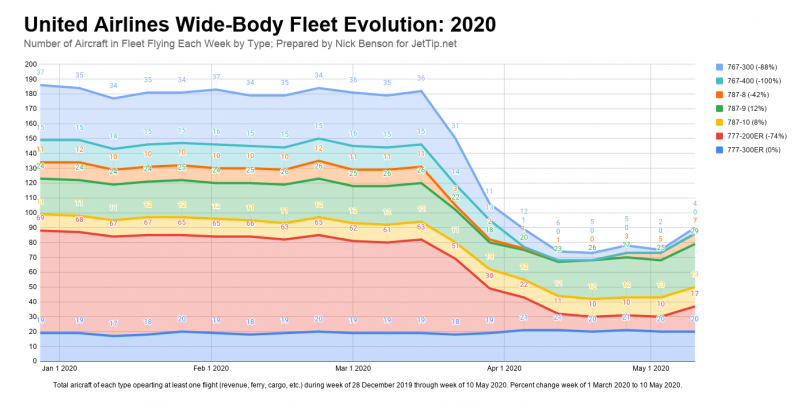