Not too much to be excited about with the aircraft and passenger stats over the last couple of weeks; there has been modest growth in the year-over-year TSA screening stats over the last few weeks, from -75% to -70%, but the rate of growth is dipping again. Average derived load factors have been pretty steady as the airlines have adjusted their schedules appropriately, with 50-55 screenings per passenger flight here in the US. As the traditional leisure travel season comes to an end as Labor Day approaches, and as the airlines announce more layoffs, I suspect there will only be one or two more updates where the graphs are pointing up or staying flat.

With respect to fleet activity, most airlines have been pretty stable with the number of aircraft they've been operating, though JetBlue and Hawaiian are trending downwards. Amerian's wide-body growth is somewhat noteworthy, with a handful of heavies of all types getting flown more. About 25% of the US mainline passenger fleet, roughly one thousand aircraft, didn't fly last week. 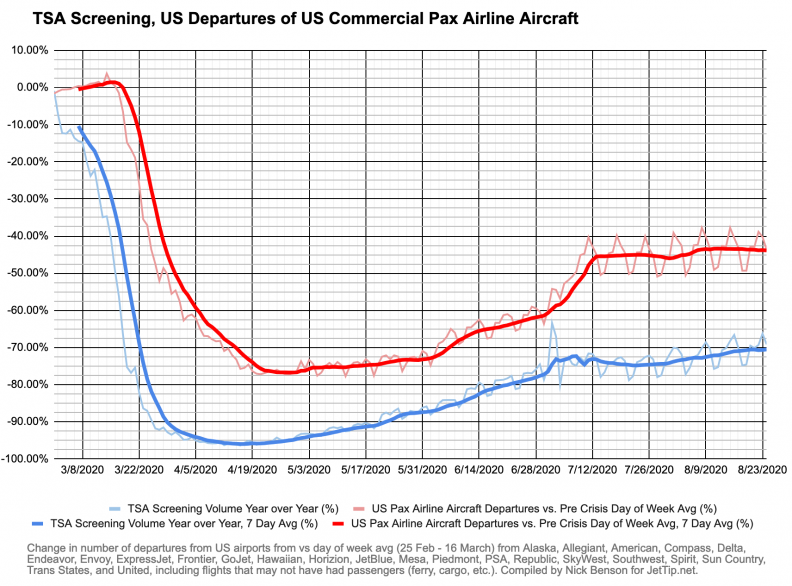 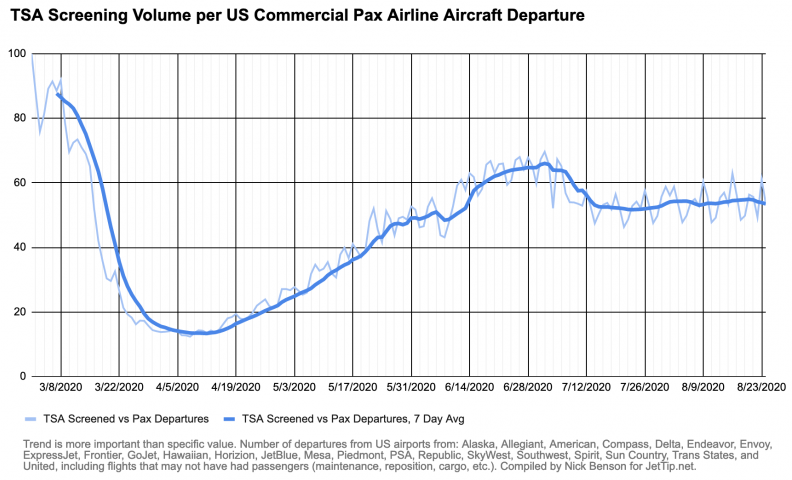 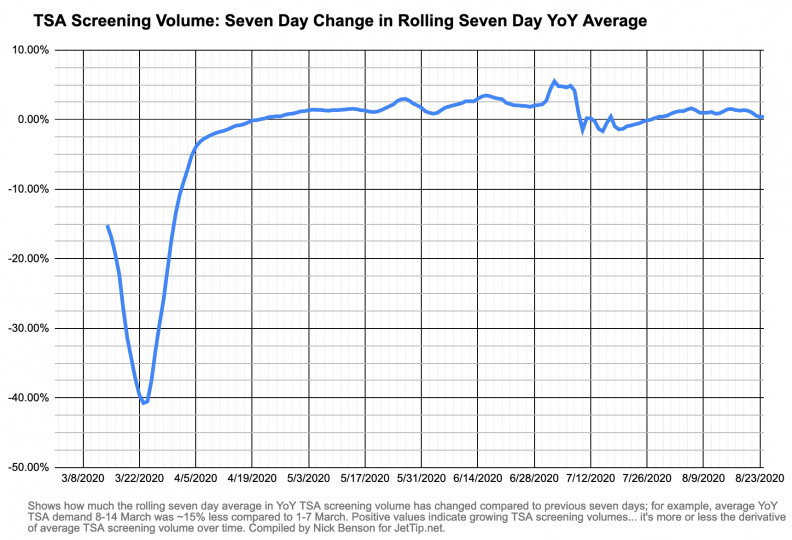 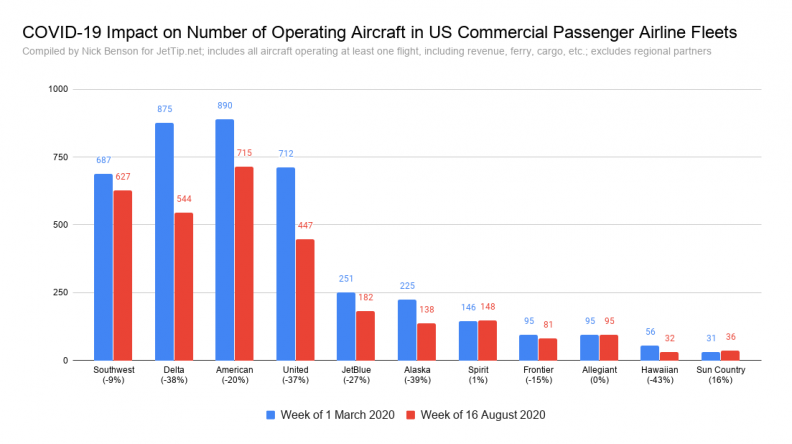 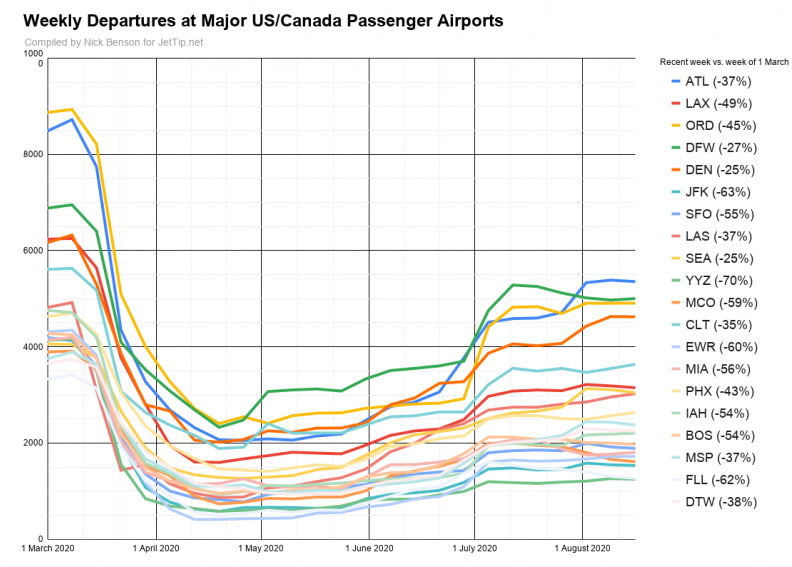 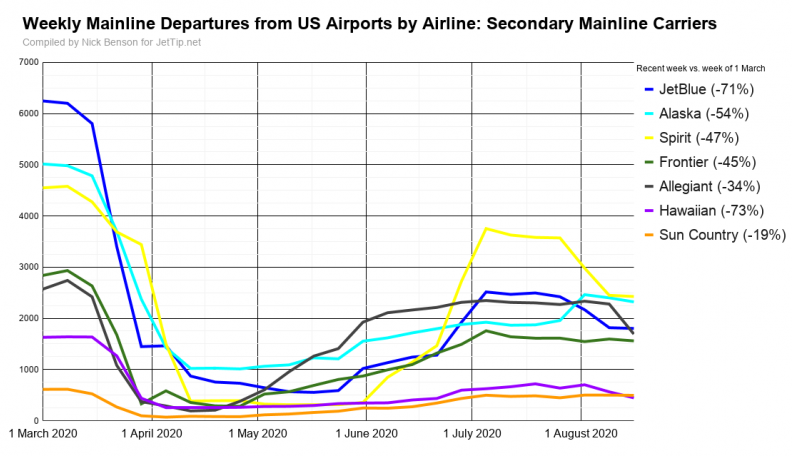 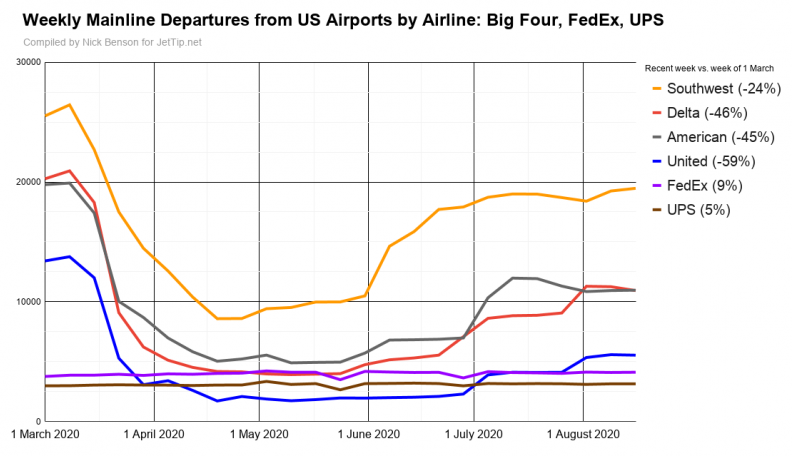 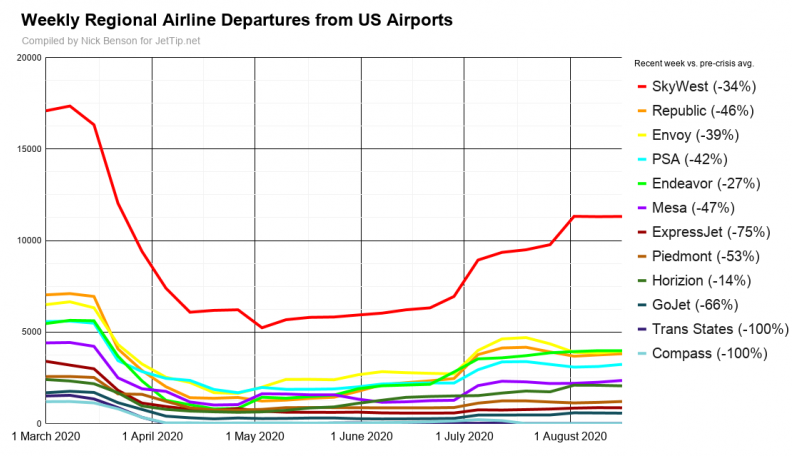 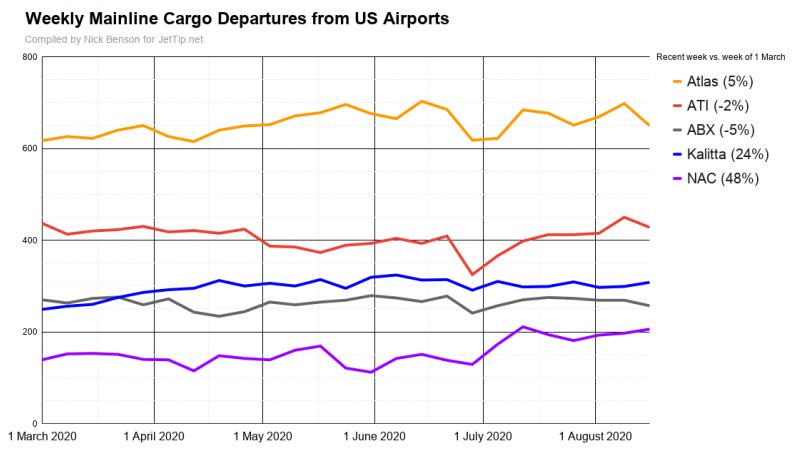 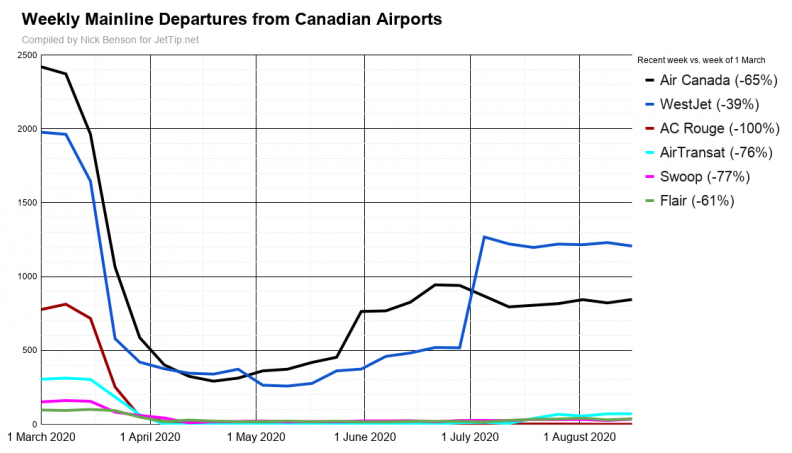 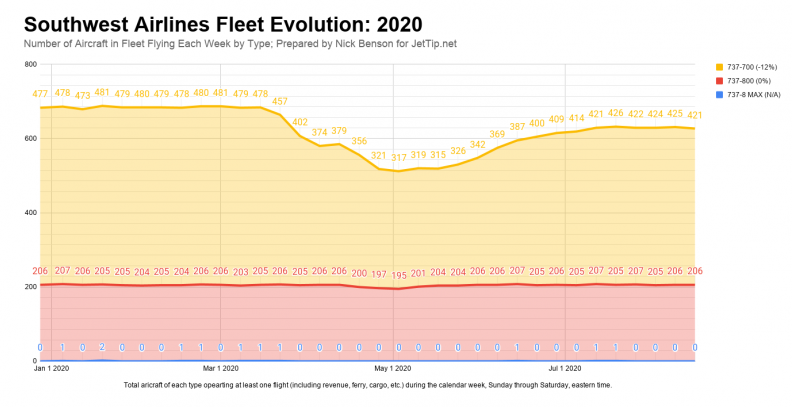 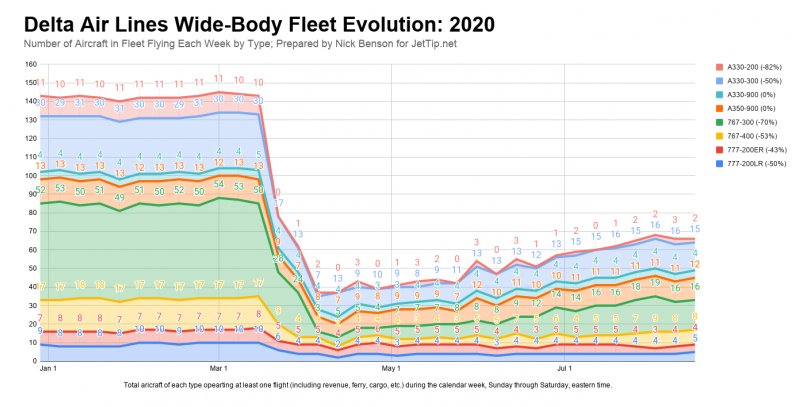 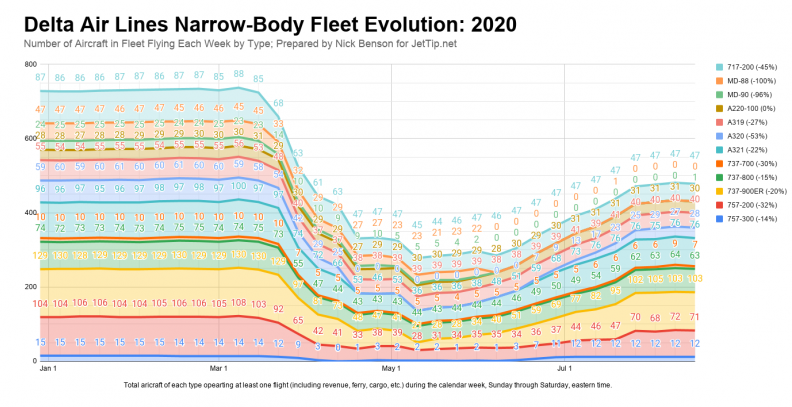 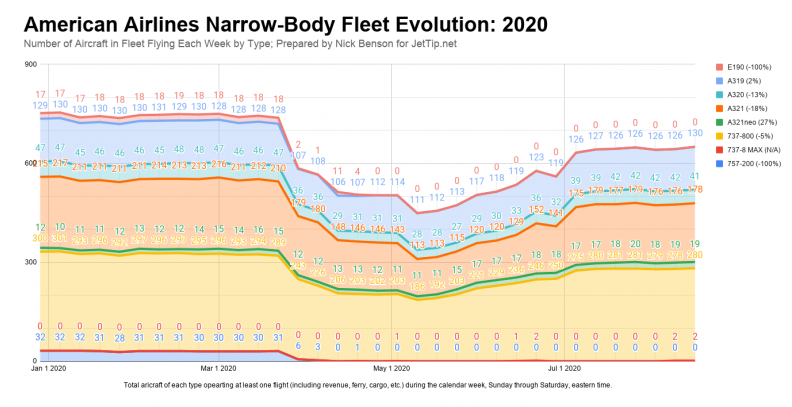 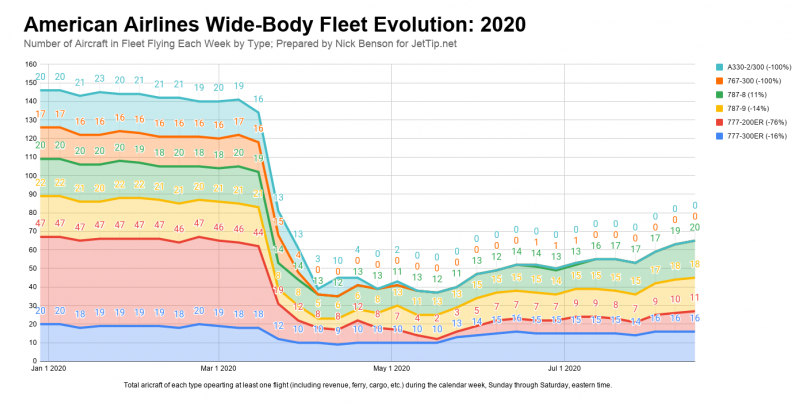 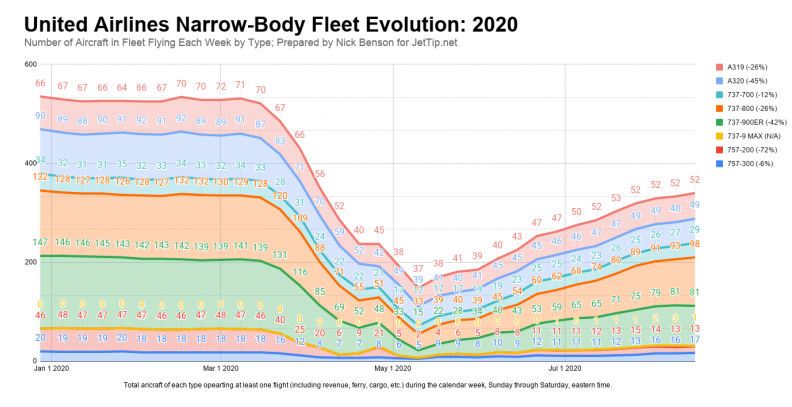 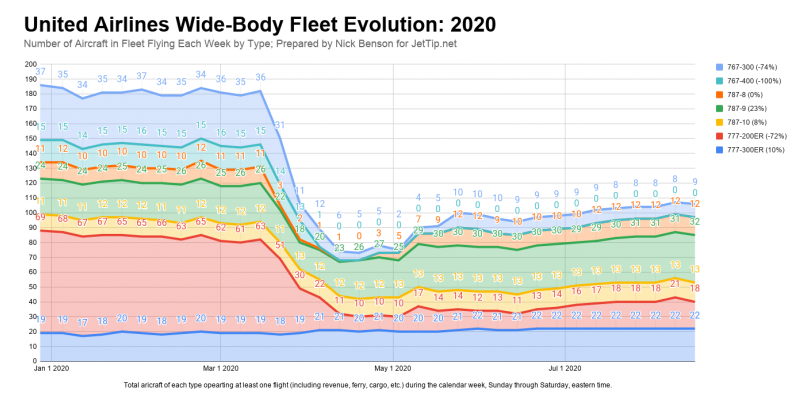 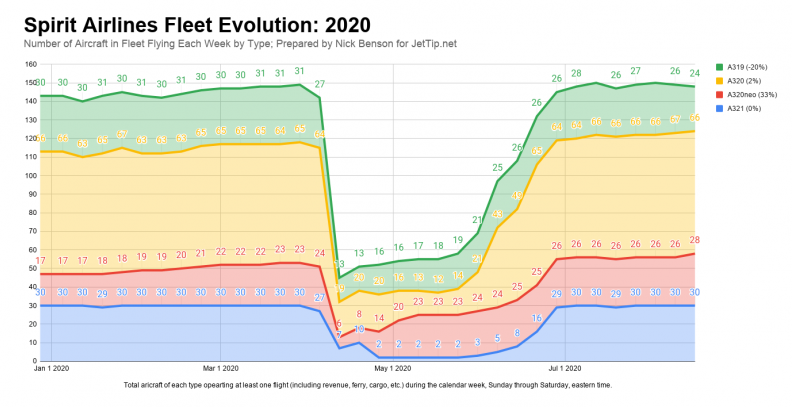 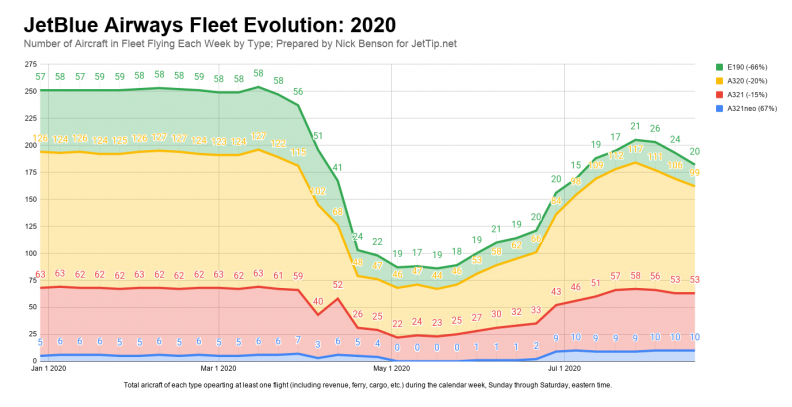 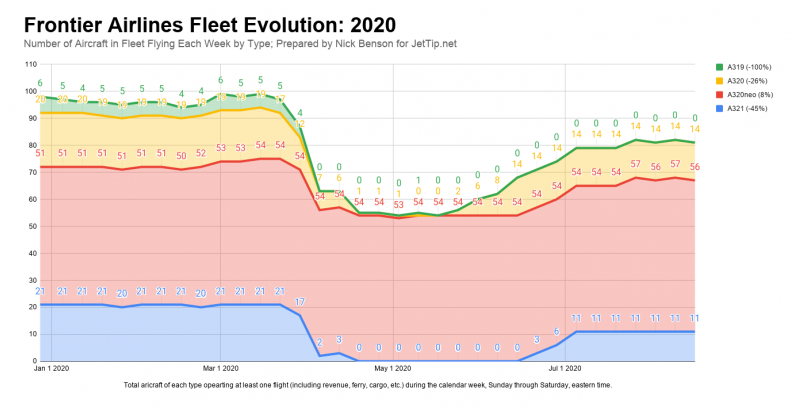 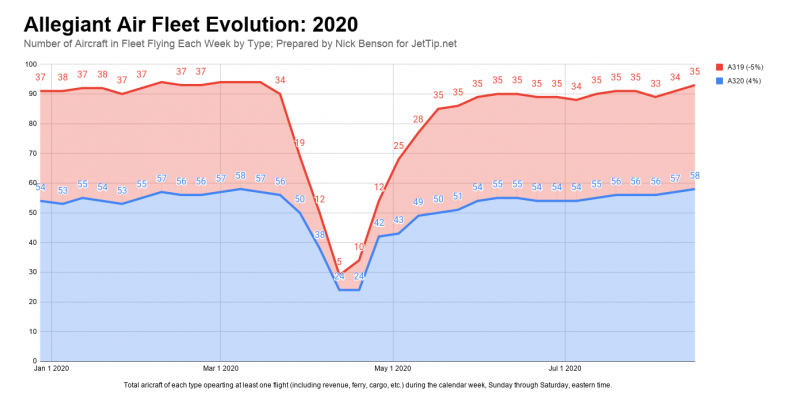 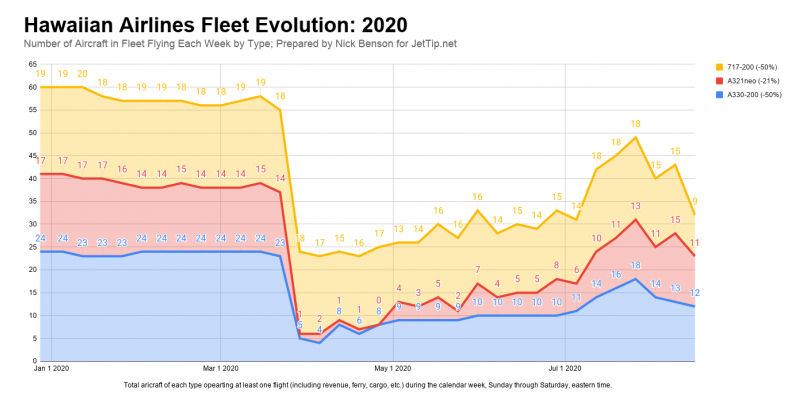 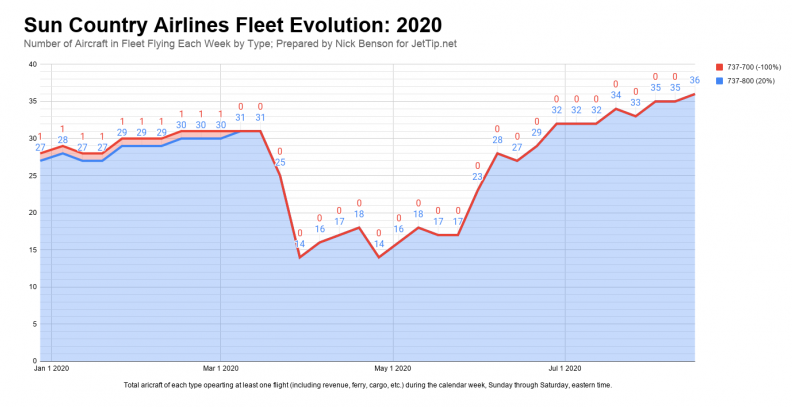