Given the amount of attention the A380 and 747 get, the A340 seems to be a relative sleeper in the avgeek community; while lacking the icon shape of the 747, or the "largest" superlatives of the A380, it is a legitimately impressive aircraft. An often-cited bit of trivia is that it was the longest passenger aircraft until Boeing introduced the 747-8 in 2010... not too shabby!

As with the aforementioned quadjets, the A340's are falling victim to the the superior economics of twin-jets that are reliable enough to safely cross large expanses of ocean, and many current operators are in the process of reducing their fleets.

Here's where A340's operated within JetTip's US and Canadian coverage area in February, 2019. If you're interested in catching on at your airport, be sure to check out JetTip's smart flight alert service. 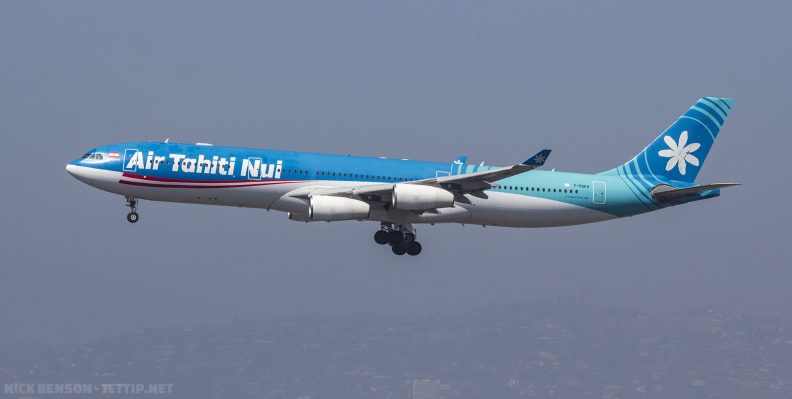 The Tahiti Nui A340-300 fleet is dwindling as deliveries of 787-9 continue, but they're still regular visitors at Los Angeles (LAX).

Perhaps the least-known A340 operator in the United States, Venezuela's Avior operates a daily A340-300 to Miami (MIA). 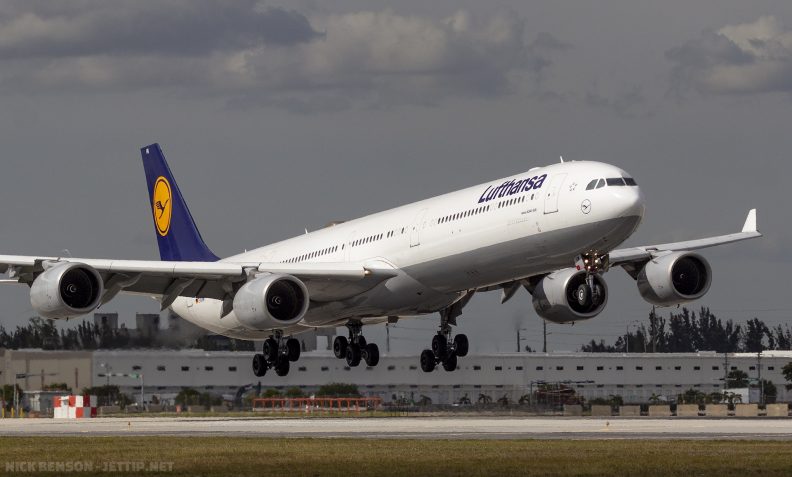 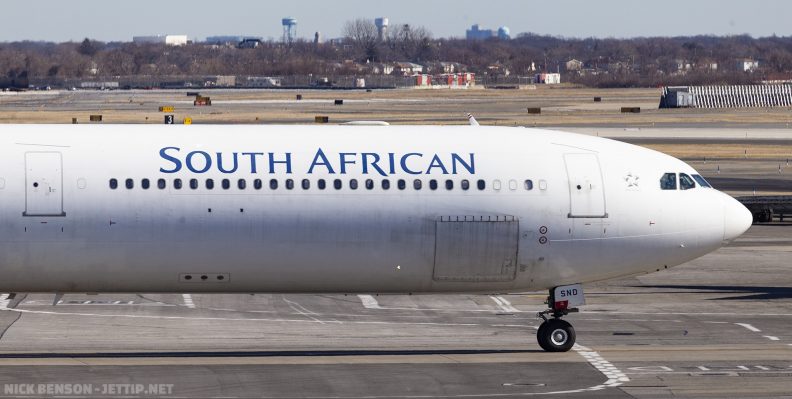 Virgin Atlantic operates A340-600's out of Atlanta (ATL), New York (JFK and EWR), and San Francisco (SFO). They also seem to end up on oddball pro sports charters between the US and UK once in a while, accounting for one visit to Charlotte (CLT) this month.

North American Airports with Frequent A340 Service in February, 2019