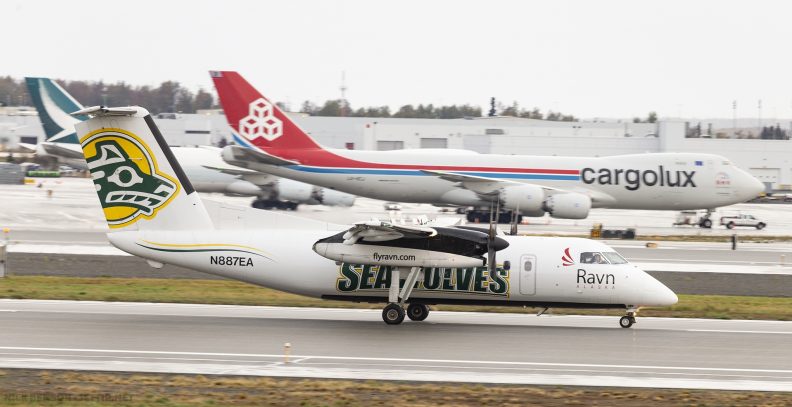 N887EA, a Ravn Dash 8-100, in special colors for the University of Alaska Anchorage Seawolves.

Mrs. JetTip and I recently made a trip to Alaska, and we carved out a morning for plane spotting at Anchorage's primary commercial airport, Ted Stevens International.

ANC is probably best known to aviation enthusiasts as being a hub for international cargo - the vast majority of air freight between Asia and North America stops there for sorting and/or re-fueling. As a result, there are more 747 arrivals/departures here than any other airport in North America (and very probably the world... I don't have global stats though, sadly).

Of course, there are lots of things beyond the heavy freighters you'll see every day at major airports in the Lower 48; I'd been hoping to catch a Dreamlifter, a Lynden C-130, or an Everts DC-6 (I managed to go 1 for 3 on that trio), but was pleasantly surprised by several airlines and aircraft that weren't on my radar.

At the time we were there, runway 15/33 was out of service, which meant all of the traffic would get funneled through a single area - it was perfect for me - nothing was going to escape unphotographed by arriving/departing on the other end of the field! Following guidance from SpotterGuide.net, we found a great spot at the north end of South Airpark Place. 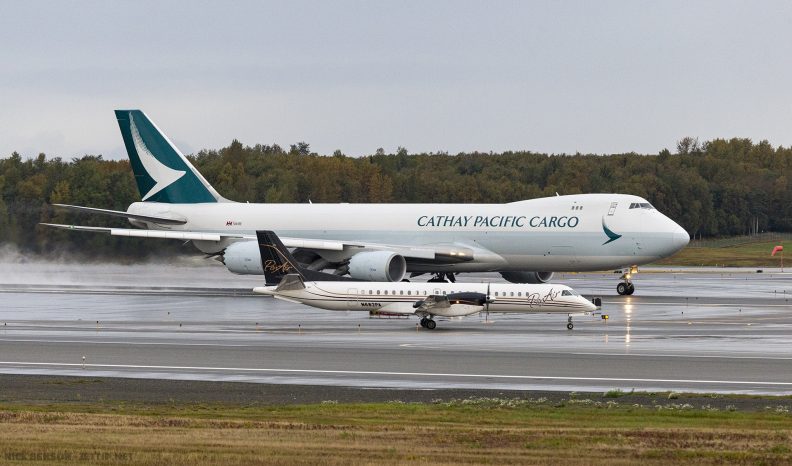 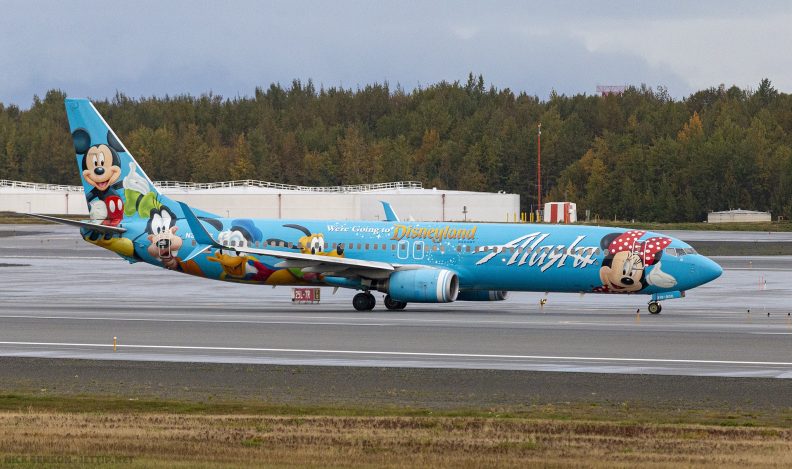 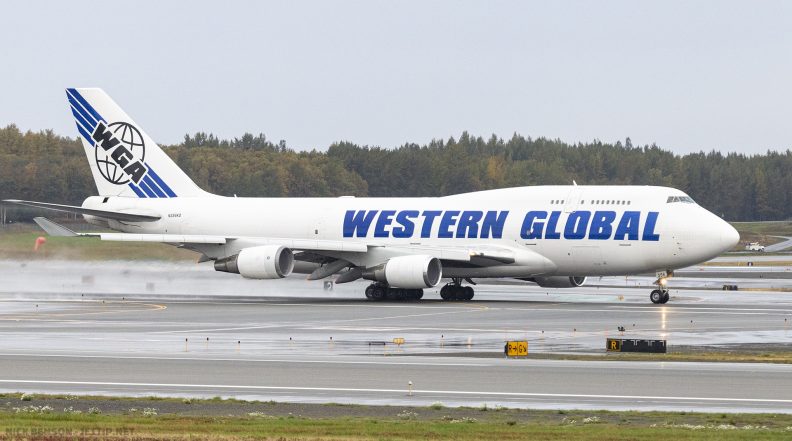 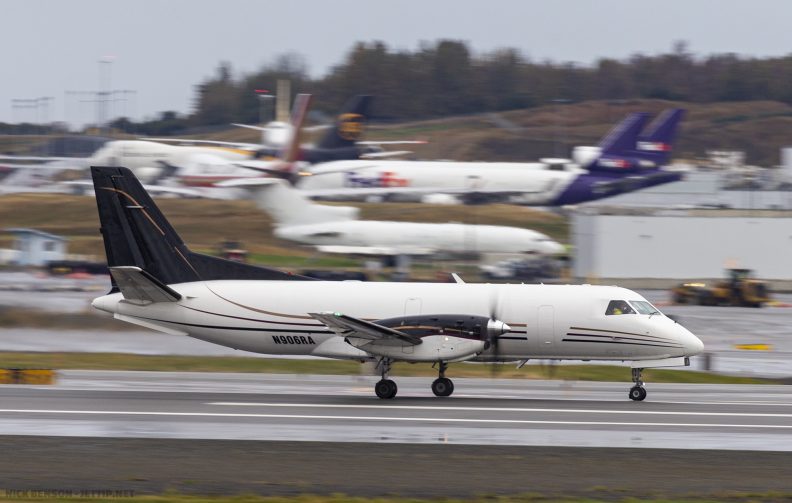 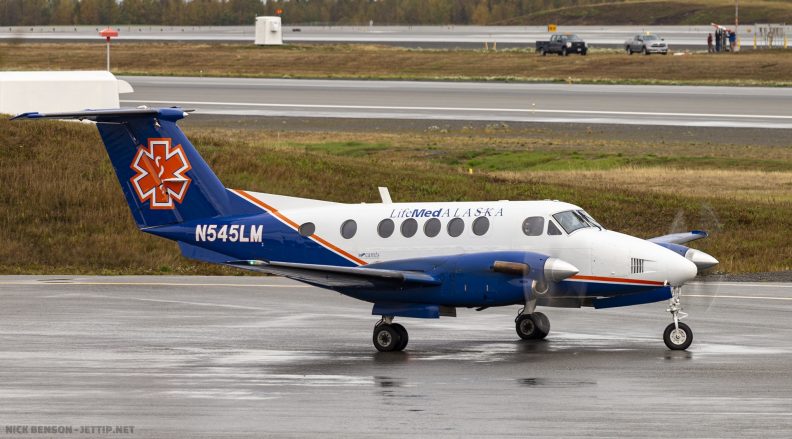 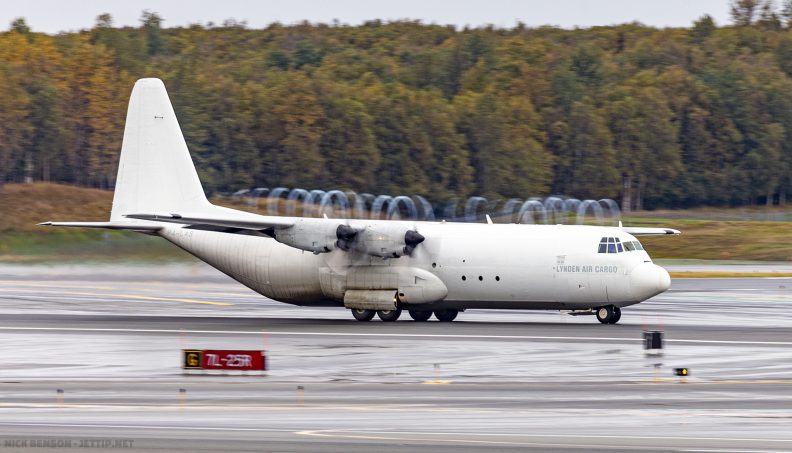 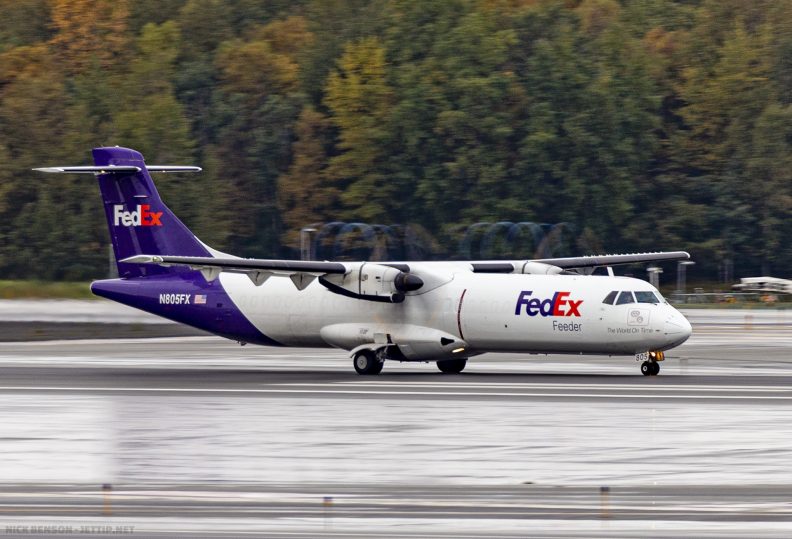 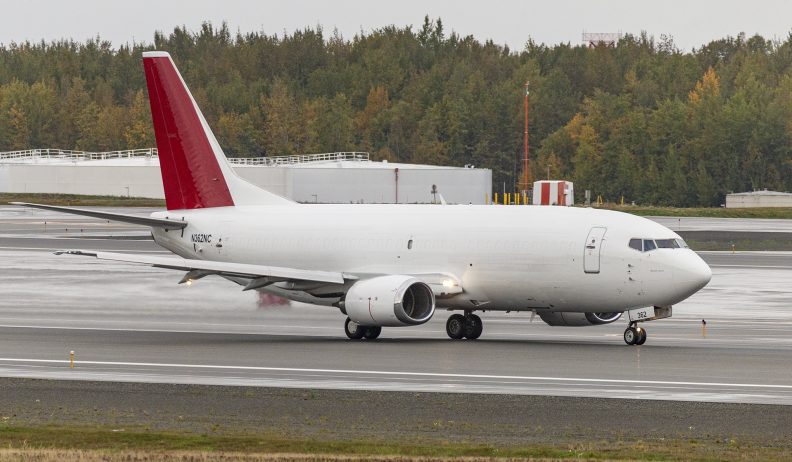 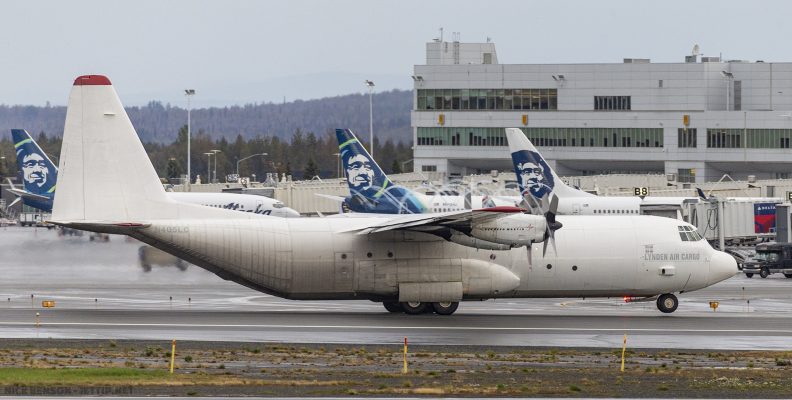 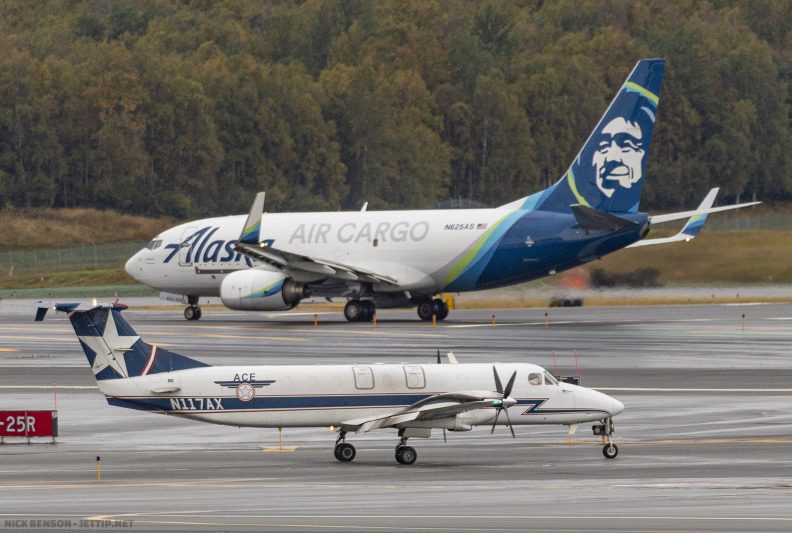 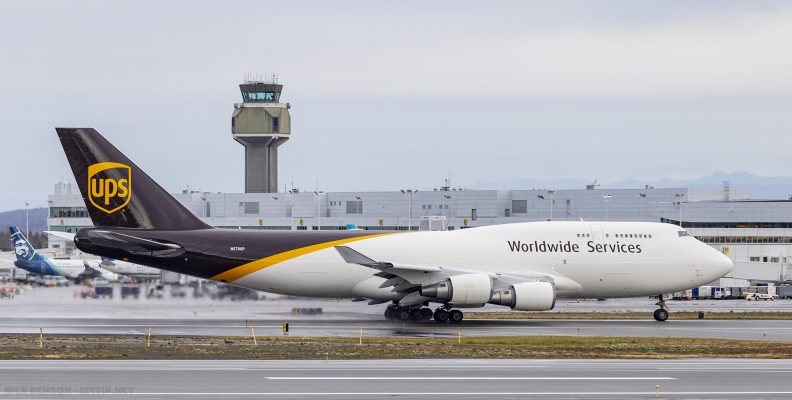 ANC is a crew base for UPS 747 pilots. Trivia: N578UP is one of two former passenger 747s in their fleet - note the longer, passenger-sized hump. 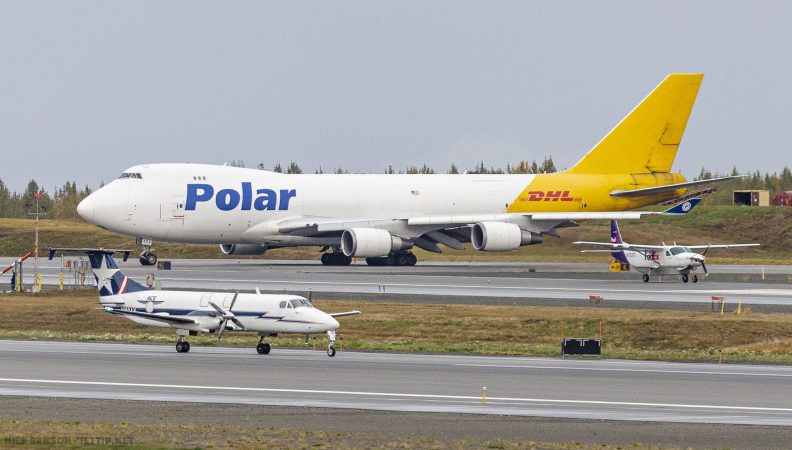 A Kalitta Charters II 737-400F, N405CK arriving as a Ravn Dash 8-100 departs, with assorted cargo heavies in the background. 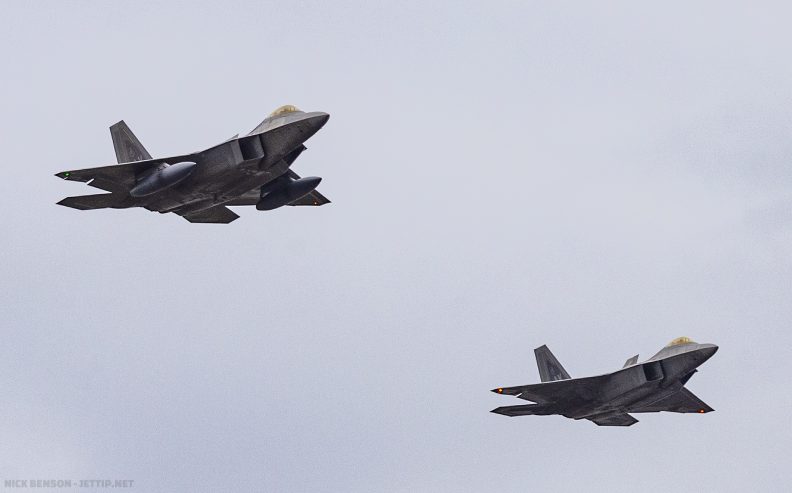 I'd spent the morning mildly frustrated by the dozen or so F-22s and handful of C-17s that had been flying out of Elemdorf Air Force Base, which at 8 miles away, was close enough to see what was happening, but too far to photograph. Not sure what was going on exactly, but a pair of the Raptors flew an approach on 7R and gave us a great show. Kudos to Mrs. JetTip, who noticed these coming and helpfully suggested I stop staring at my phone! 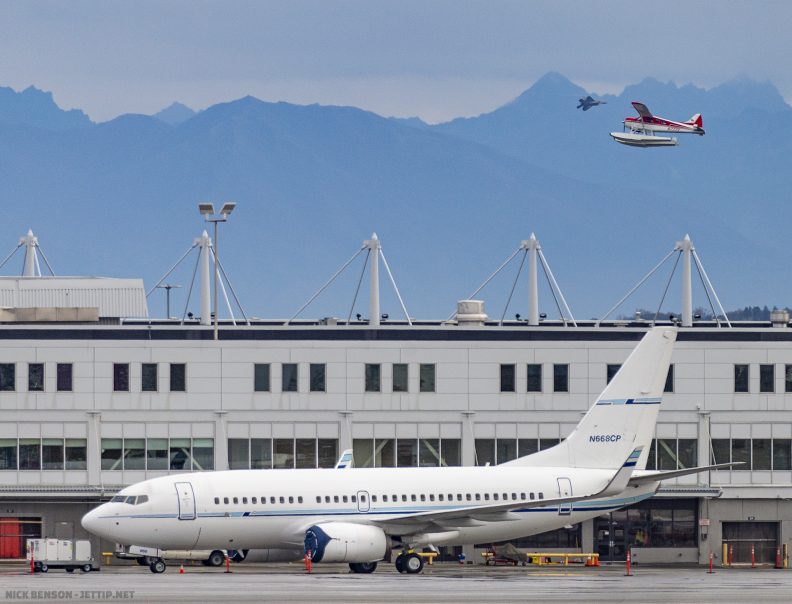 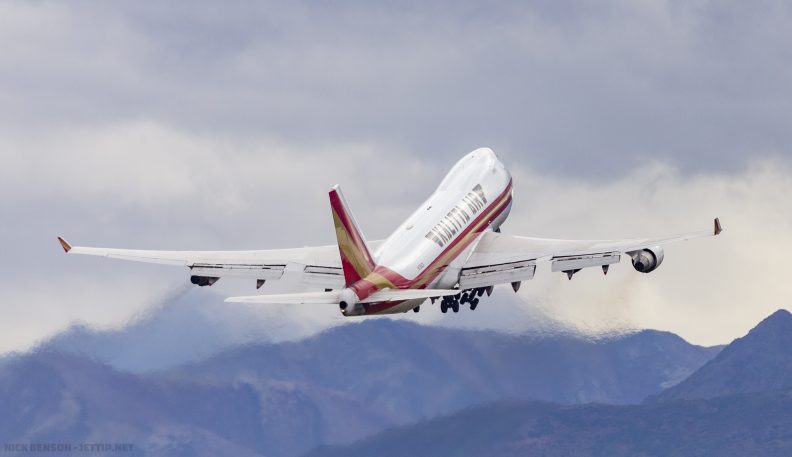 N706CK, a Kalitta 747-400F, which fortuitously departed on 7R (everything else departed 7L), allowing it to hit this picturesque position relative to the mountains at a much closer range.