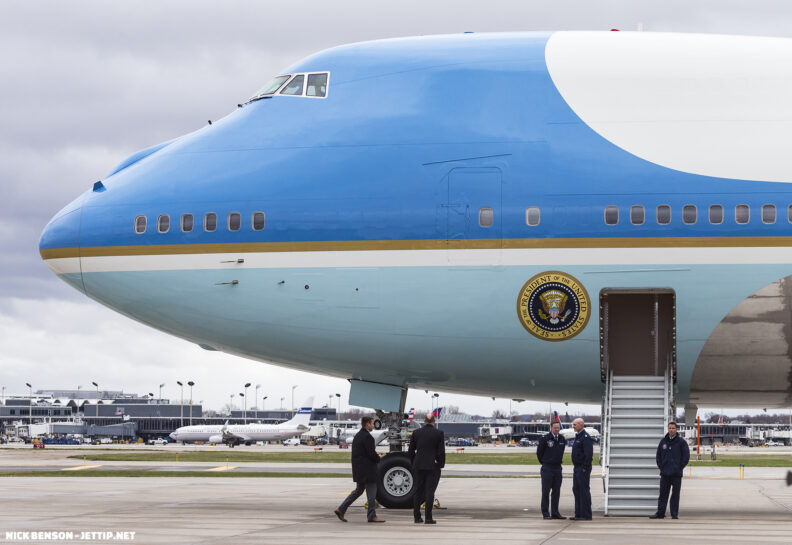 Air Force One delivered President Joe Biden to Minneapolis today so he could attend the memorial service for Vice President Mondale. 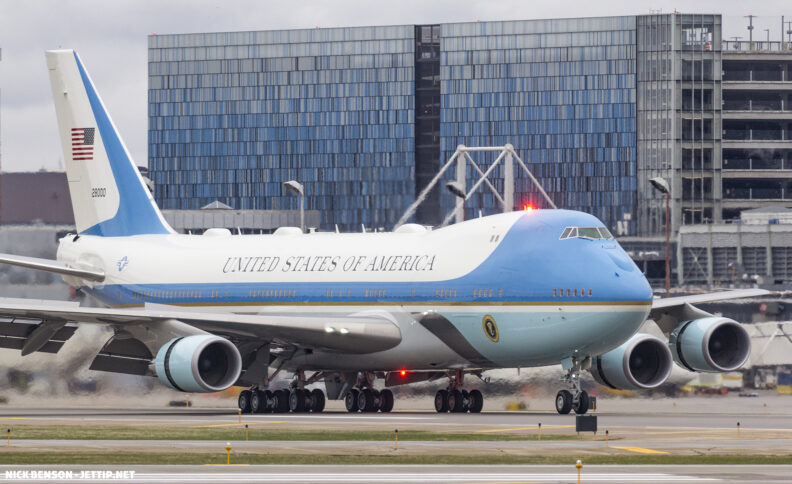 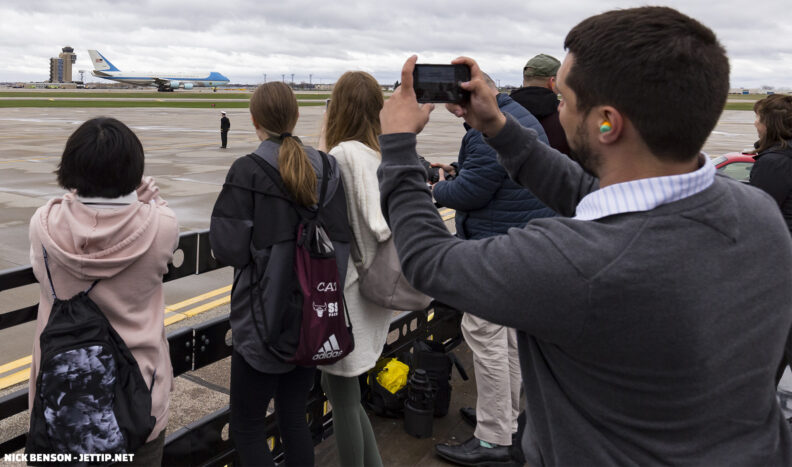 Reporters and photographers from a local middle school paper document the arrival of Air Force One in Minneapolis. 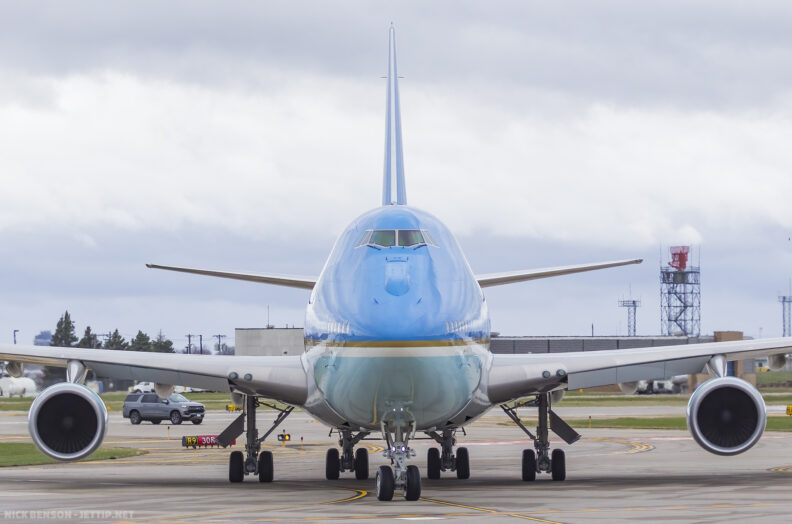 The VC25-A has a very distinctive nose. 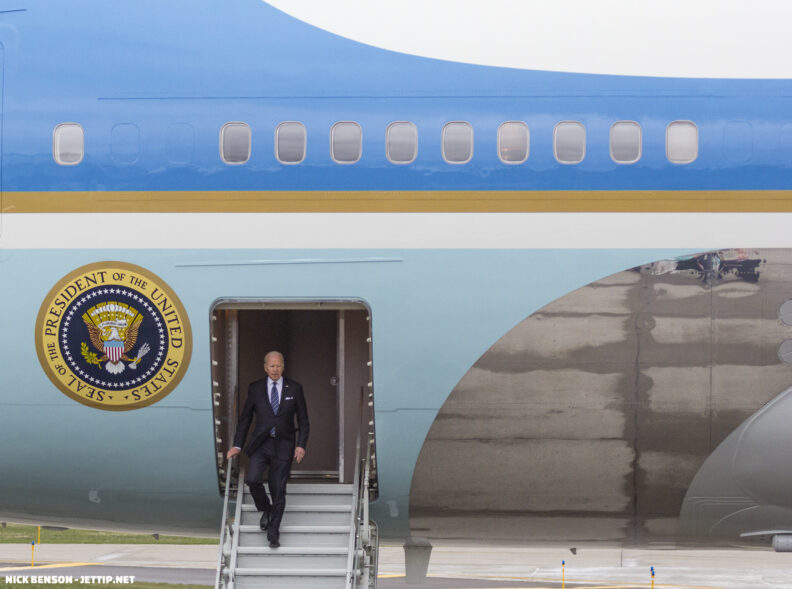 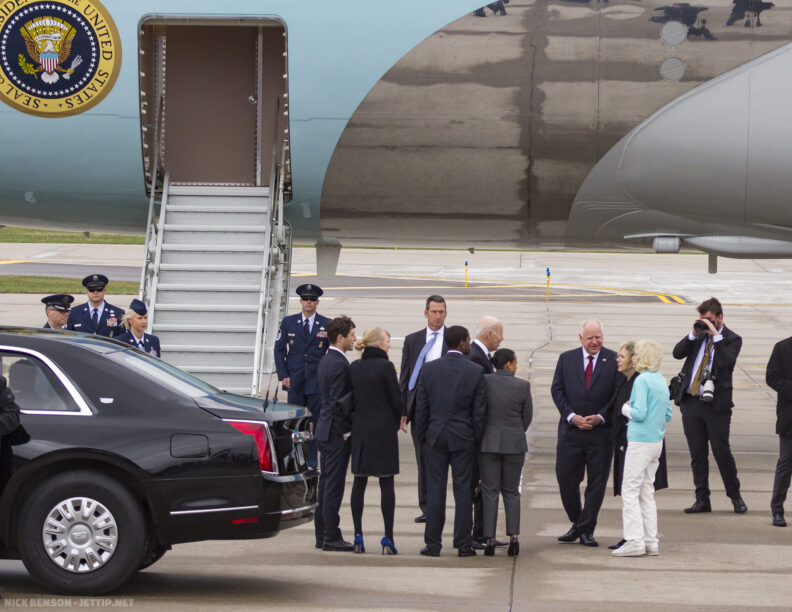 President Joe Biden meets with Mayor Frey of Minneapolis, Mayor Carter of St. Paul, Governor Walz, and their families after emerging from Air Force One at MSP. 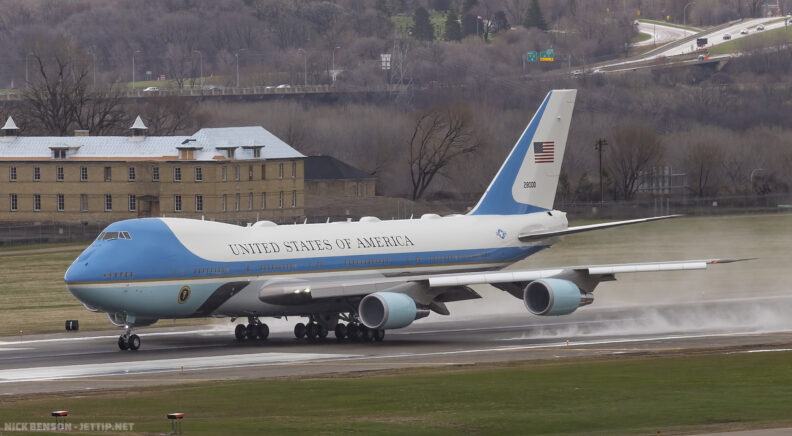 Kicking some rain off of runway 30R. 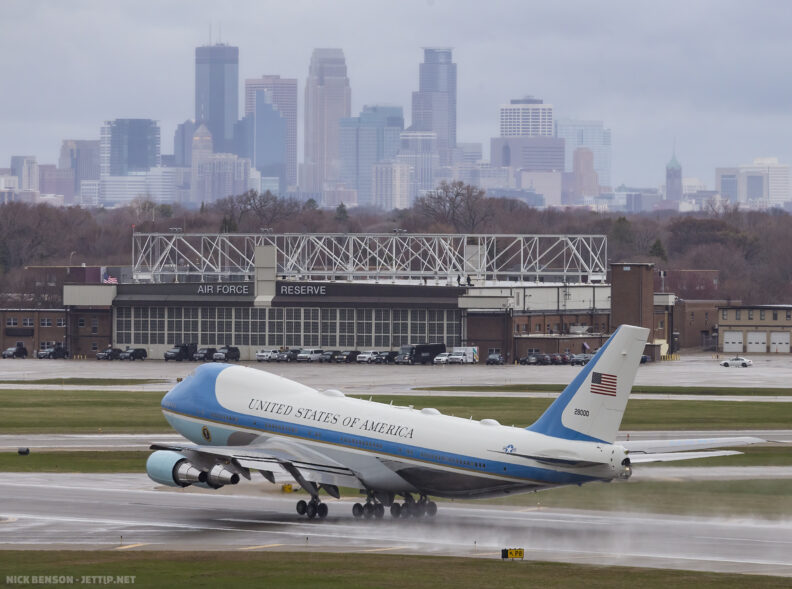 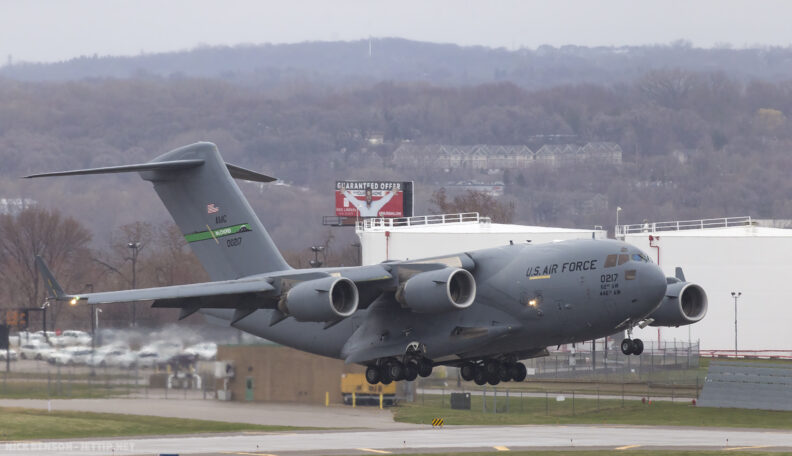 ... and a quick bonus shot of the C-17 that arrived right after Air Force One's departure. This aircraft was in town to collect support vehicles and equipment. Twin Cities residents will be very familiar with the ubiquitous billboard in the background.

Unfortunately Air Force One isn't trackable by our smart flight alert service for security's sake, but we do keep tabs on thousands and thousands of other interesting aircraft. If you'd like to know when cool aircraft are visiting your airport, check out our smart flight alert service; if you're interested in keeping tabs on MSP specifically, we have a wonderful community on Facebook.