When I stumbled across information that NASA's ER-2 (their version of the famed U-2 spy plane) would be operating science flights out of Salina, KS this summer, I immediately knew where I'd be taking the kids on our annual road trip.

I did some preliminary online scouting with Google Maps, and figured there were pretty good photo angles regardless of wind direction / runway use or time of day (that turned out to be wrong - there aren't any great spots for afternoon arrivals on 35 - low rolling hills and limited surface access stymie any photo options near the ground), and learned about SLN's wonderful aircraft viewing area, Fossett Plaza, which proved to be an excellent location to watch activity, especially in the morning. 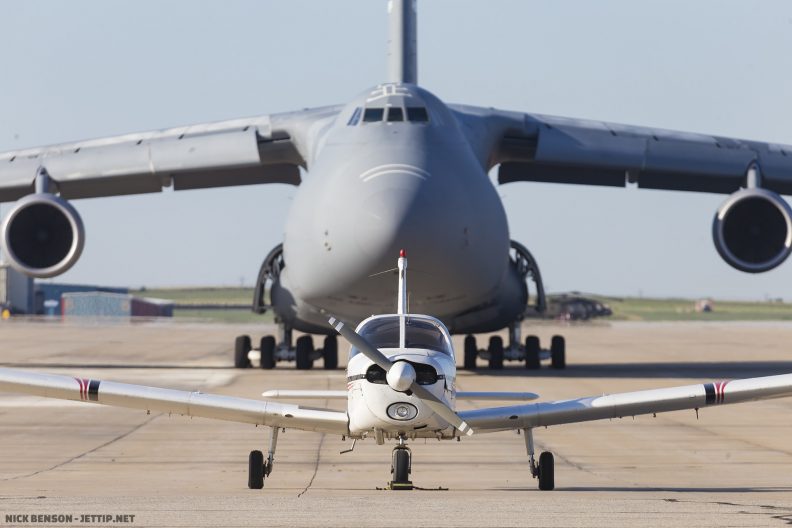 The trope of a small aircraft in front of a large one is a cliche for a reason - love the contrast in size/design. A pair of C-5Ms had been at SLN, one of which had departed the previous evening, this one remained on the ramp all day without any activity.

A panoramic view of Fossett Plaza, looking SE on the left to NW on the right. There are excellent views of activity to the south, west, and northwest. Make sure your car's air conditioner is in good working order or bring some sun umbrellas if visiting in the summer. 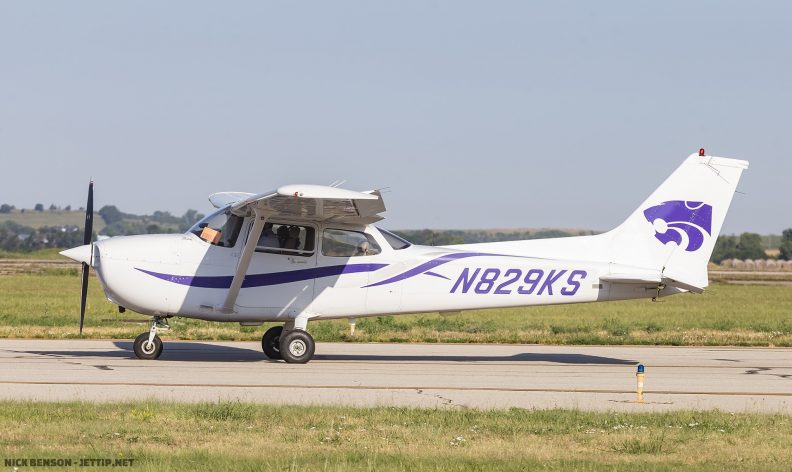 K-State Salina's Cessna 172s are a ubiquitous sight at SLN; here N829KS taxis ahead of a departure past Fossett Plaza. 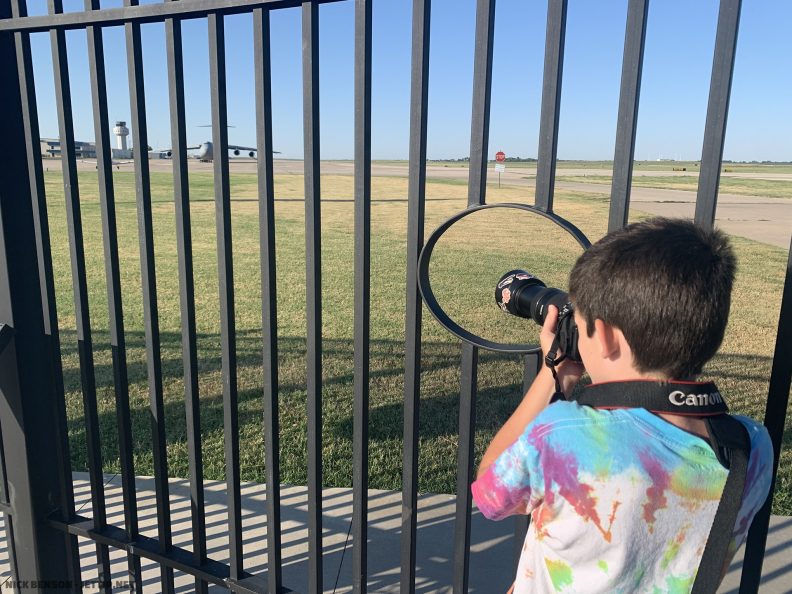 A young avgeek enjoys a generously sized and placed camera hole at Fossett Plaza. Despite this amenity, several local enthusiasts were observed standing atop the plaza's picnic table. 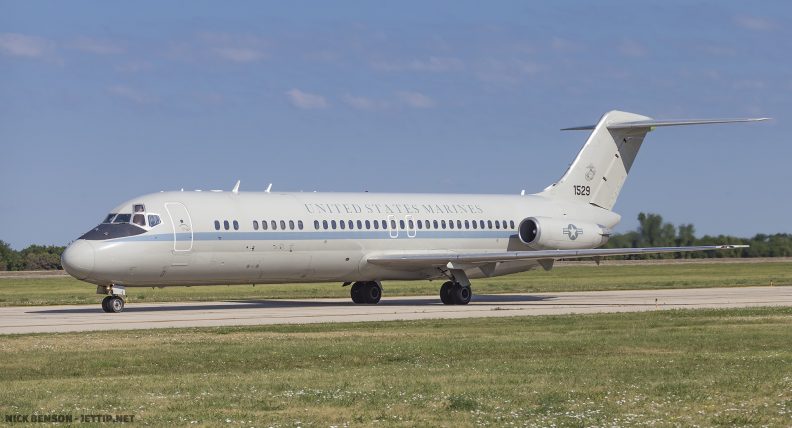 A fun surprise was this C-9B Skytrain II (the US Navy / Marines version of the DC-9-32CF), tail 161529, which appears to be in town for some sort of testing program. Per Planespotters.net, this frame had been withdrawn from service and stored between 2015 and 2020. 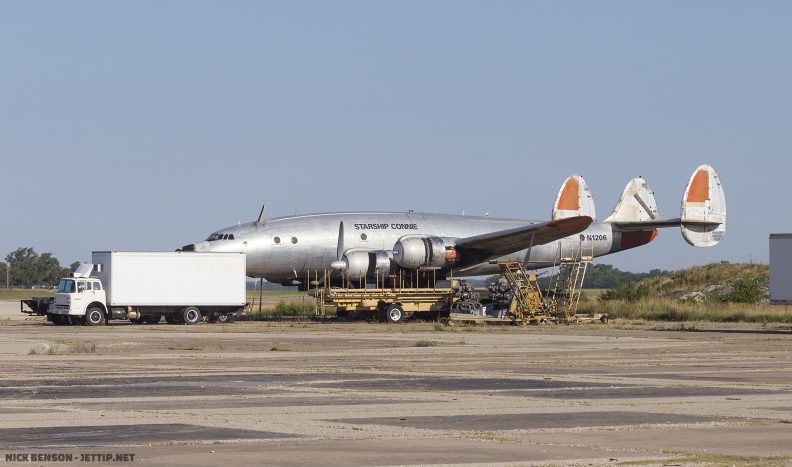 Another fun aircraft to spot at SLN is Constellation N1206, which has apparently been parked here since 1967. See this write-up by Ralph M. Pettersen for more.

NASA operates a pair of ER-2s which are utilized for high-altitude science missions; this summer N809NA has been assigned to supporting the DCOTTS project, which studies the impact of thunderstorms on the chemistry of the upper atmosphere. The aircraft will do approximately 15 science flights this summer, through August 25, and return to Palmdale on August 26 (if you'd like a "guaranteed" time to spot 809 yourself, the 26th is the date). 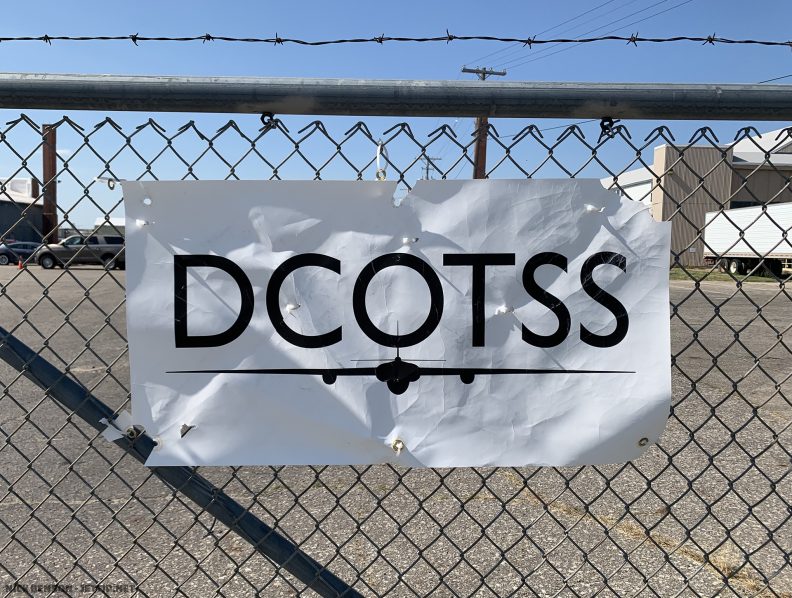 DCOTSS signage revealing the location of the mission hangar for staff on the ground at Salina, KS. 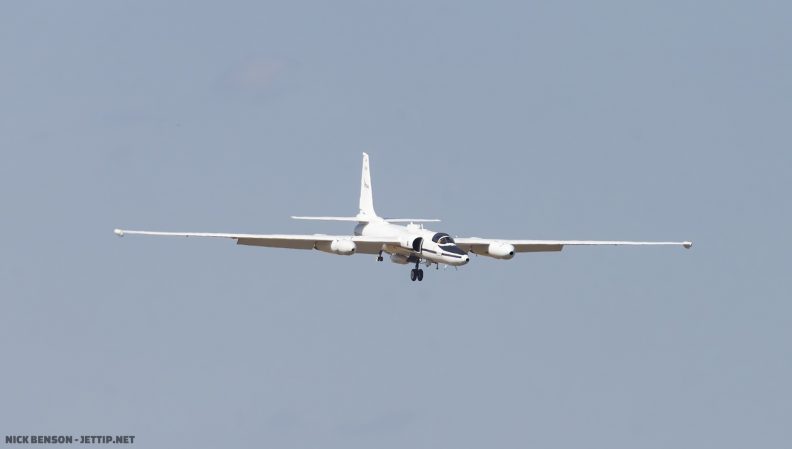 An unmistakable profile approaching SLN's 17. Why, precisely, they arrived on 17, when every other flight that day used 35, I'll never know, but I'm thankful for the photogenic runway assignment. 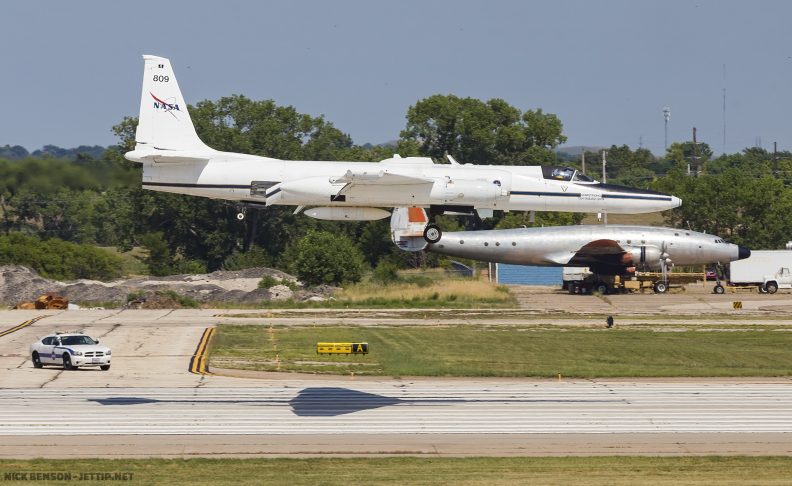 It'll be hard to ever top this one! NASA ER-2 809 arriving at SLN, with NASA's chase car accelerating onto the runway, and another wonderful Lockheed product resting in the background. 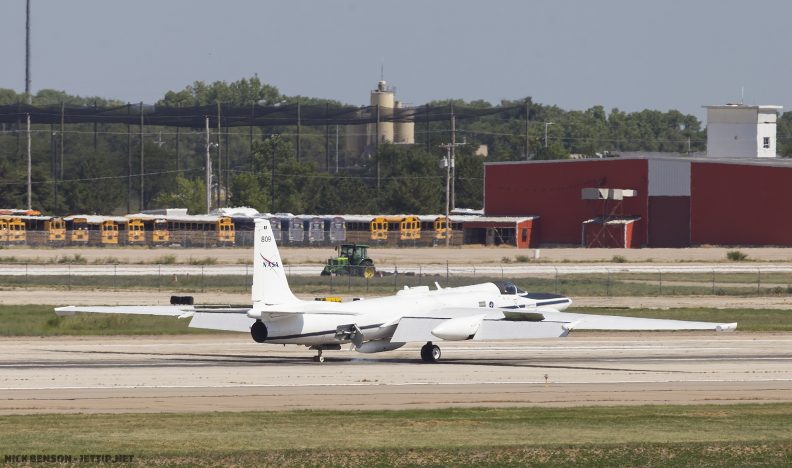 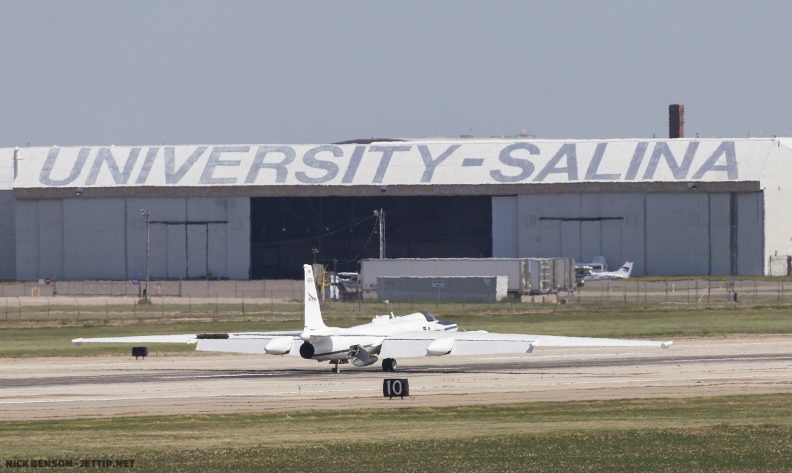 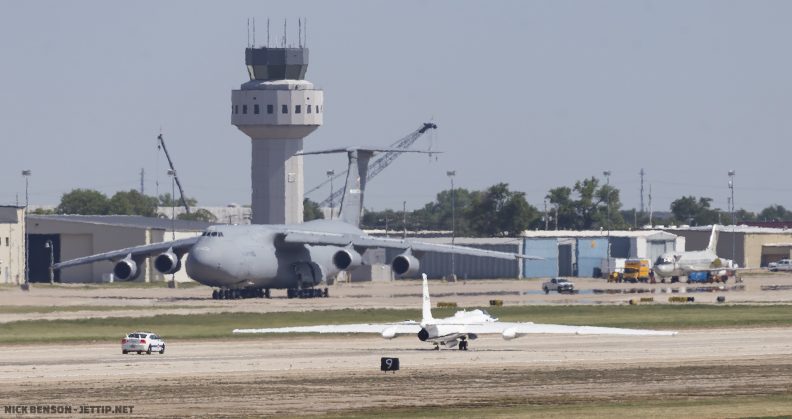 ... and another Lockheed two-fer, this time with the NASA's ER-2 and a USAF C-5M. A USMC C-9 is also visible in the background.