The Navy League of Minnesota hosted "Top Gun - Behind the Curtain" on Wednesday, June 1, which allowed members of the public to visit with Naval aviators, see aircraft depicted in the film up close, attend a private IMAX screening of the film followed by a question and answer session with pilots.

Media were invited to document the arrival of the aircraft on Tuesday, May 31, and the aircraft left with dramatic, unrestricted climbs on Thursday, June 2. 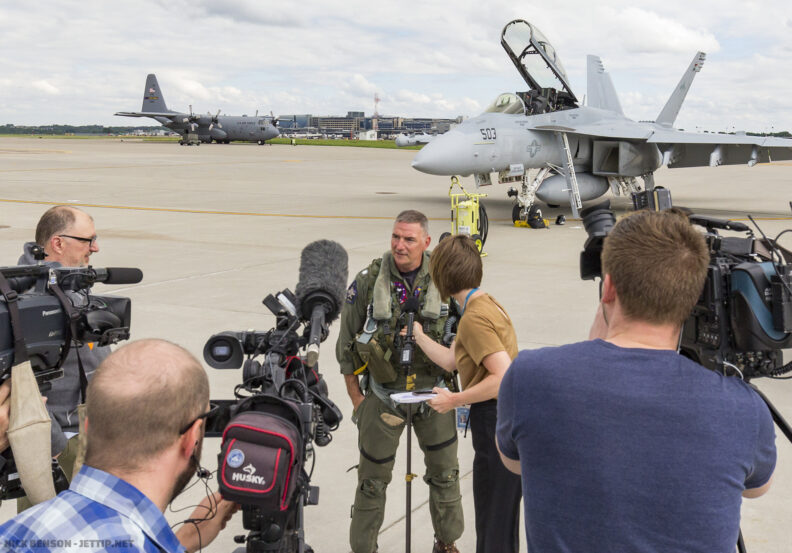 Navy Commander Tom Herrold getting the Hollywood treatment as camera crews from KSTP, WCCO, and KARE document the action. 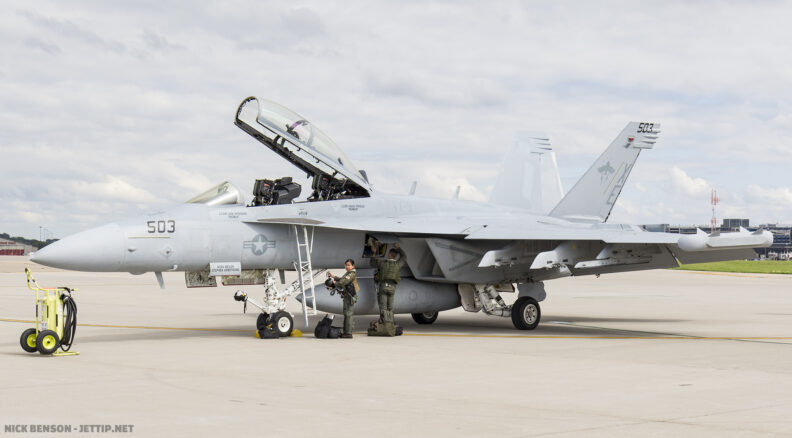 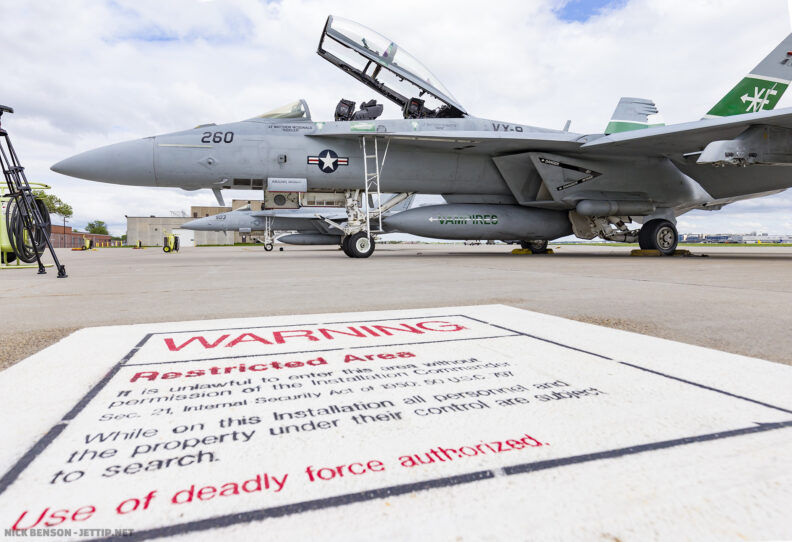 Use of deadly force authorized; fortunately we were on base with an invitation from the 934 AW and Navy League of Minnesota. 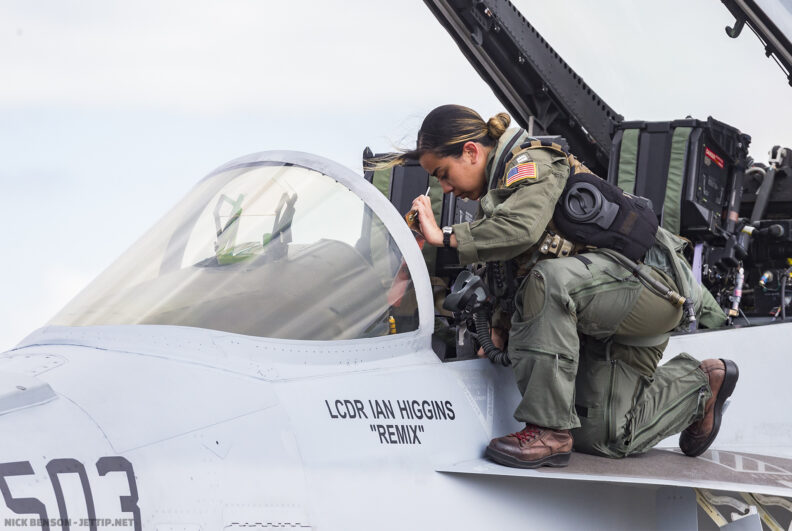 "Muppet" buttons up her EA-18G after arrival in Minneapolis. 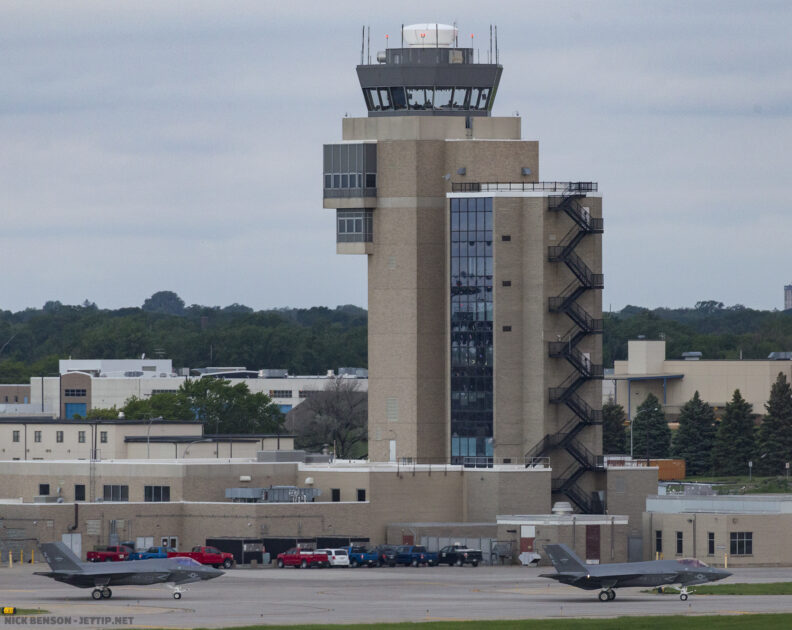 The arrival of the F-35Cs was delayed a couple of hours by weather in Kansas, where they'd stopped for fuel; they arrived just before sunset on Tuesday, and are seen here taxiing past MSP's tower. Tails 169940 and 169939. 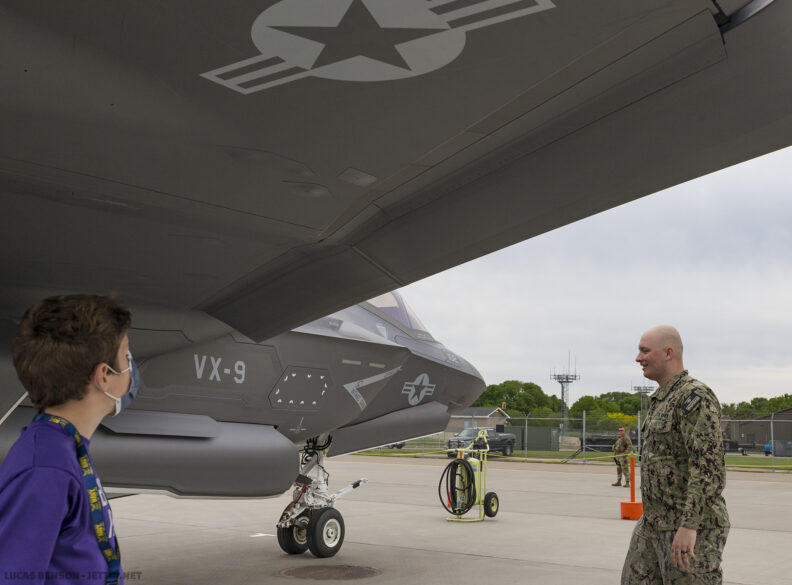 A young aviation enthusiast learns about the ejection seat of the F-35C. 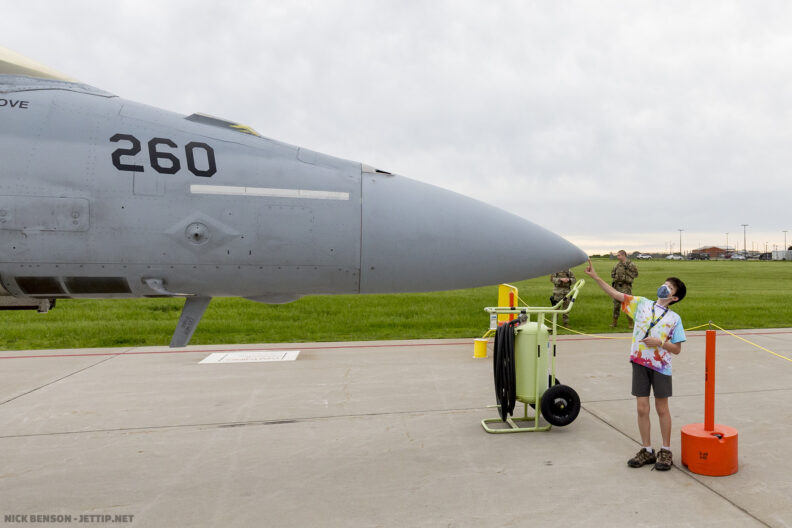 Booping the snoot, as one does when given the opportunity. 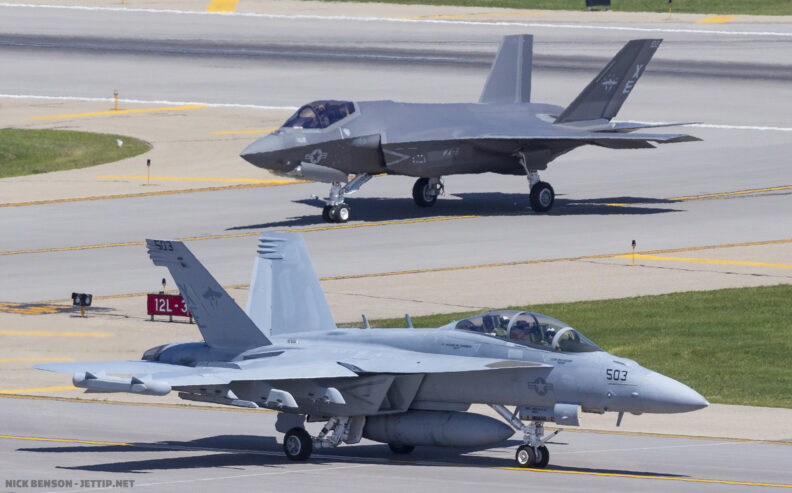 EA-18G and F-35C taxiing ahead of departure on Thursday. 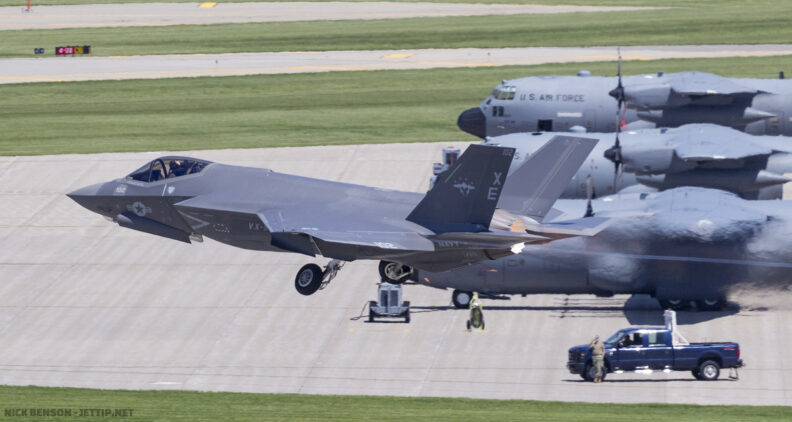 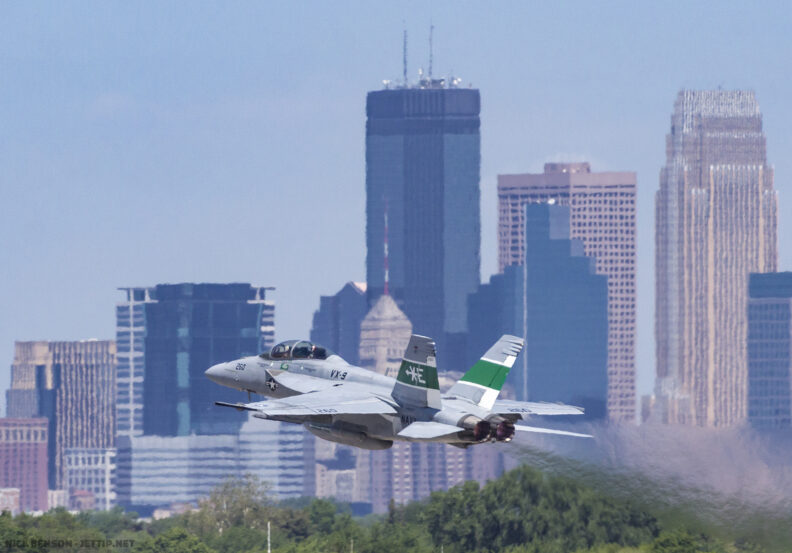 Sadly fast jets like the ones seen here aren't usually tracked by our flight data provider, but if you'd like to know when interesting commercial and general aviation aircraft are visiting your airport, check out our smart flight alert service. If you'd like to keep up with aviation happenings at MSP, check out the Minneapolis /St. Paul Aviation Spotting group.