Thanks for following along, everyone; here's to positive growth across all of these charts through the end of 2021!

Last week (starting December 27), US passenger airlines carried 47% of pre-crisis passenger volume on 62% of the flights utilizing 81% of their fleet.

The surge of travel over Christmas was pretty impressive - certainly the largest volume of people traveling since COVID; estimated load factors were ~75% last week, up from ~55% in early December.

Noteworthy fleet shifts since the end of November, by airline: 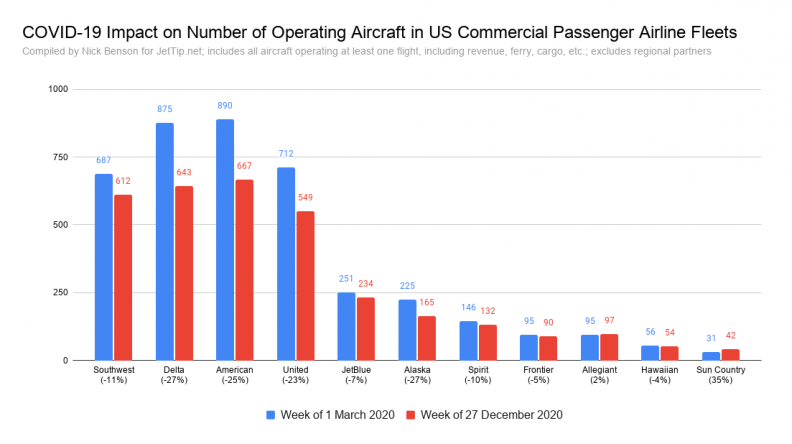 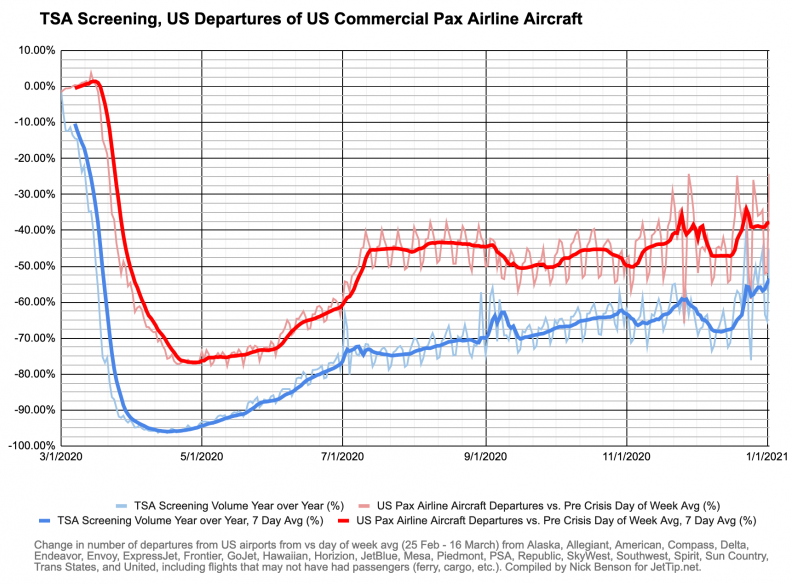 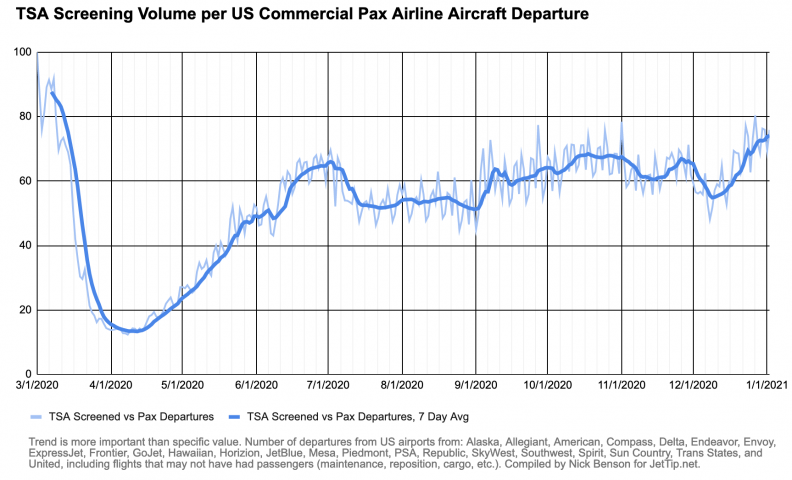 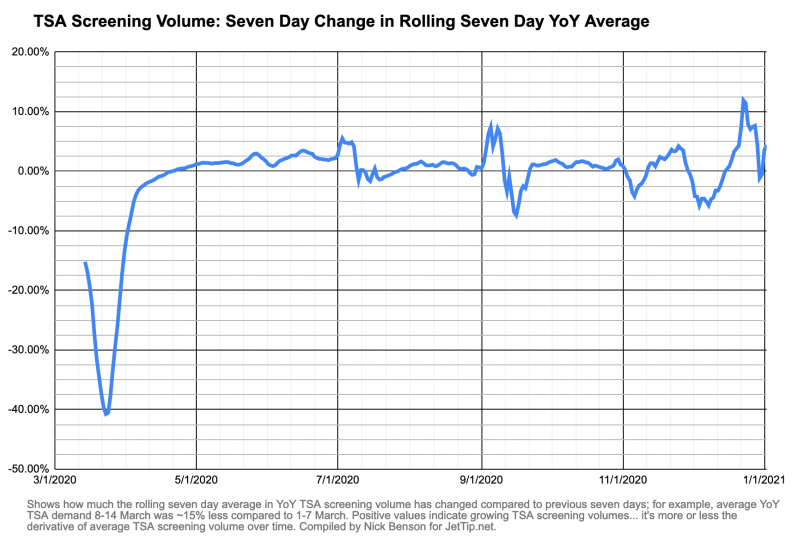 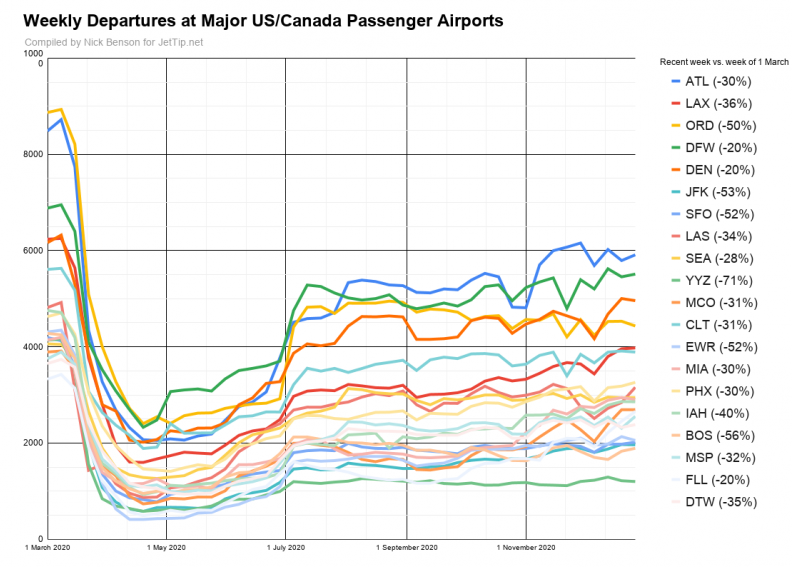 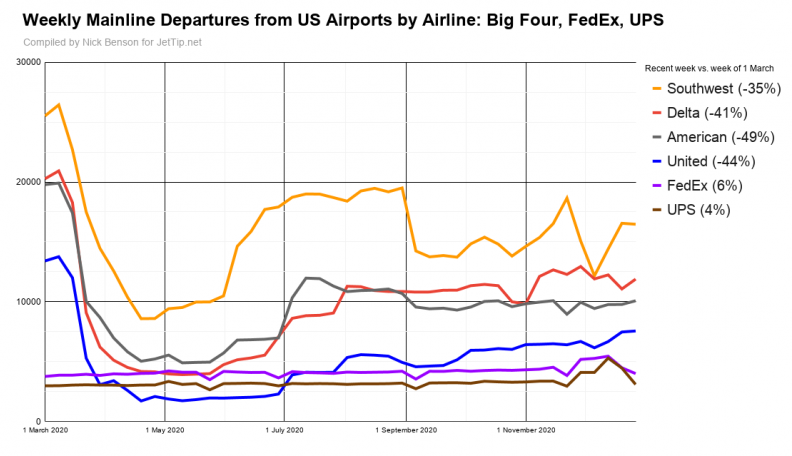 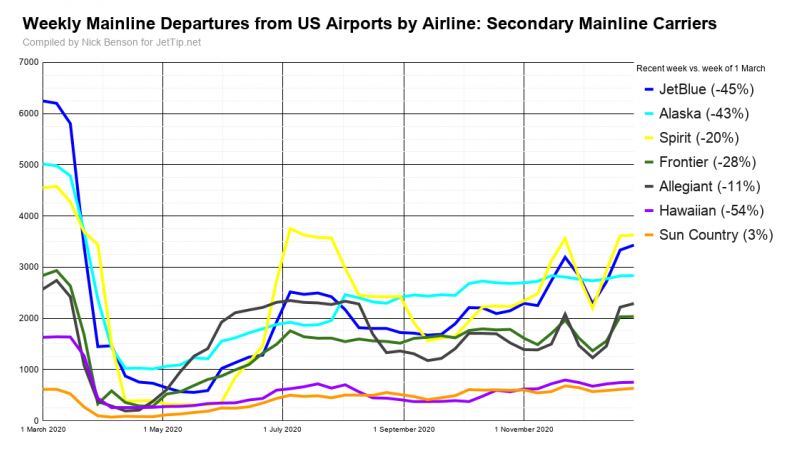 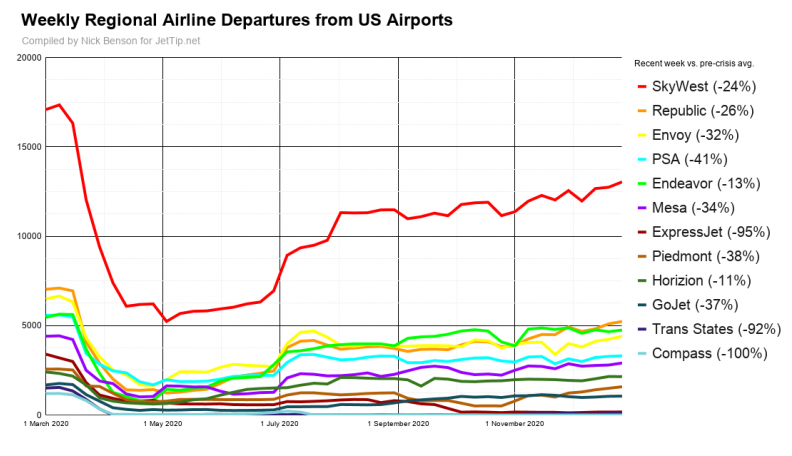 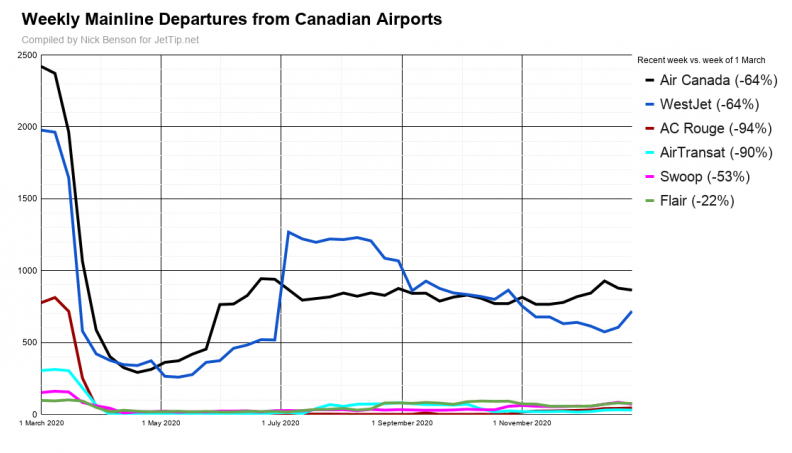 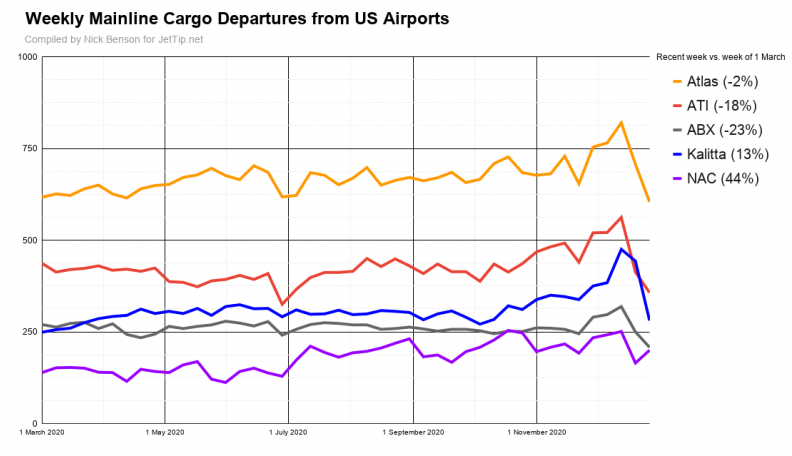 Please note: the percent change shown in the legend on these charts is most recent week vs. March 1. 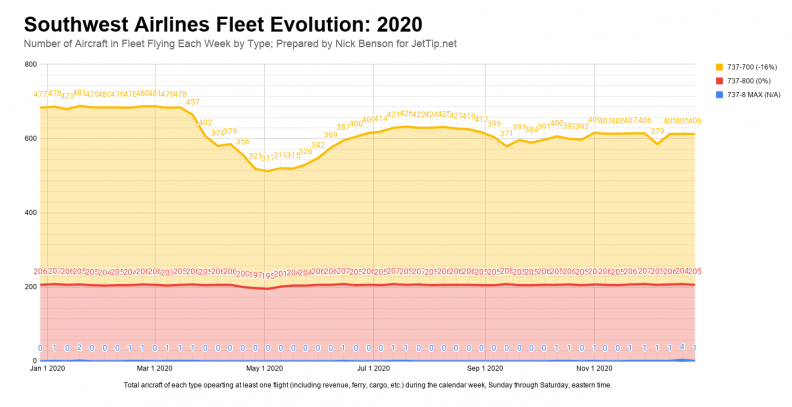 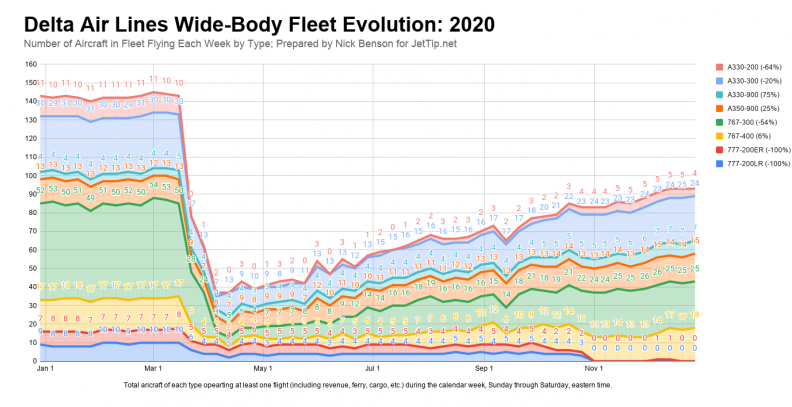 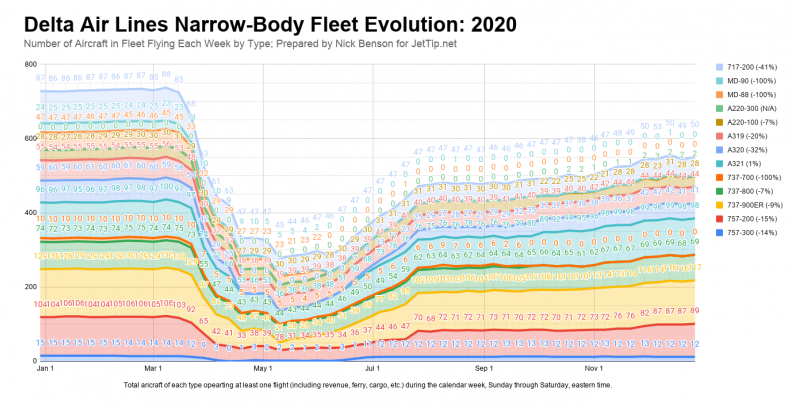 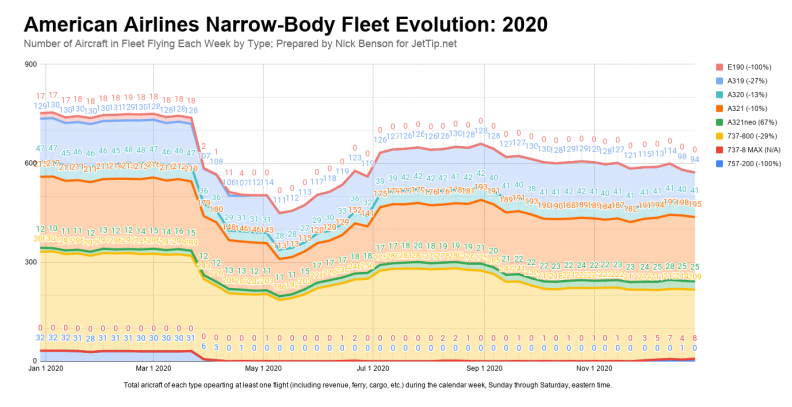 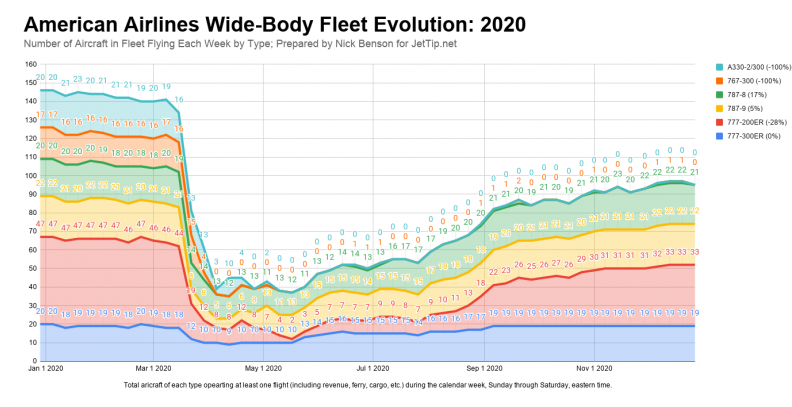 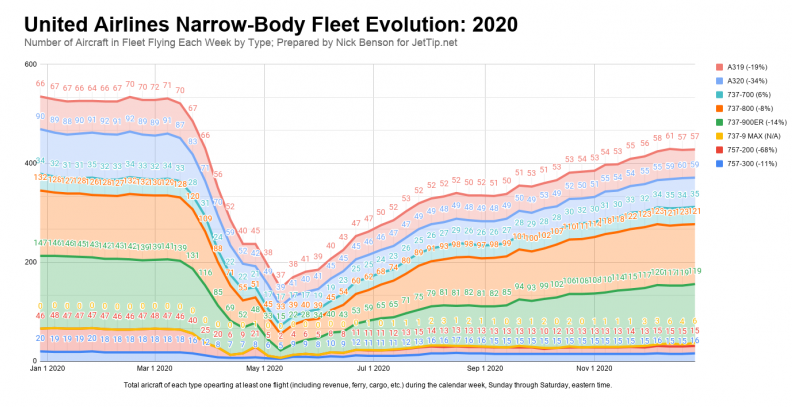 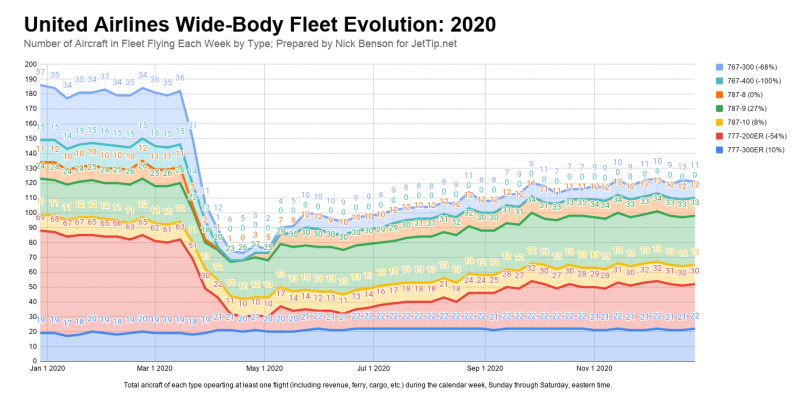 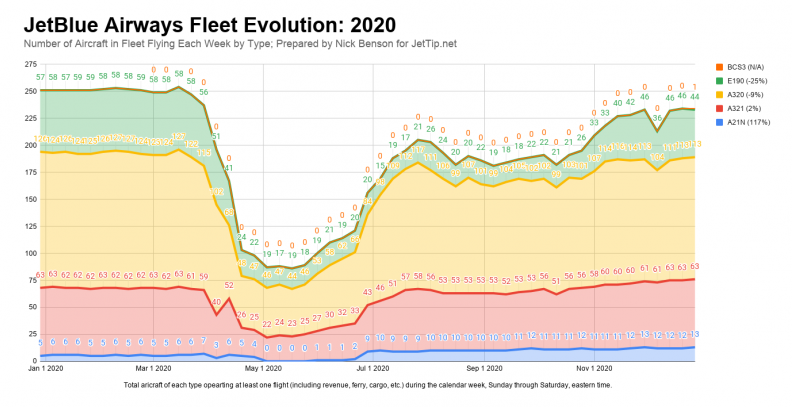 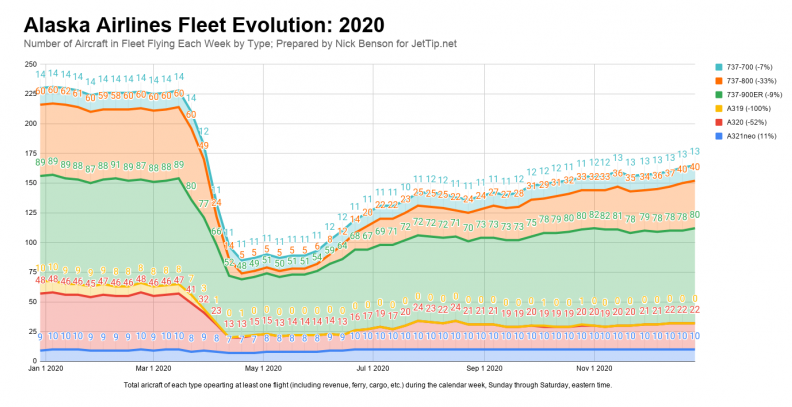 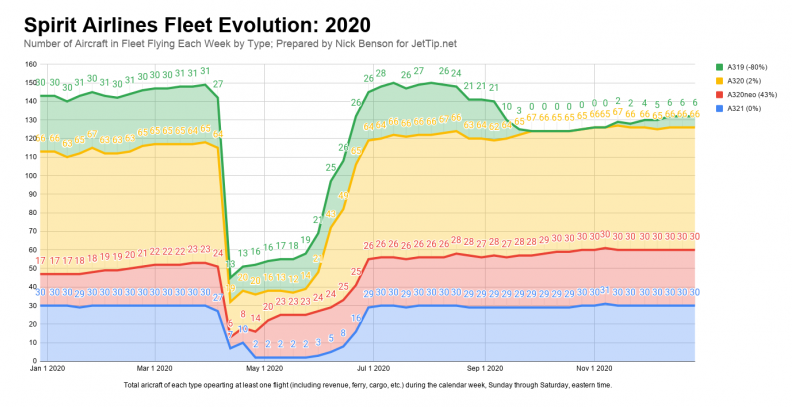 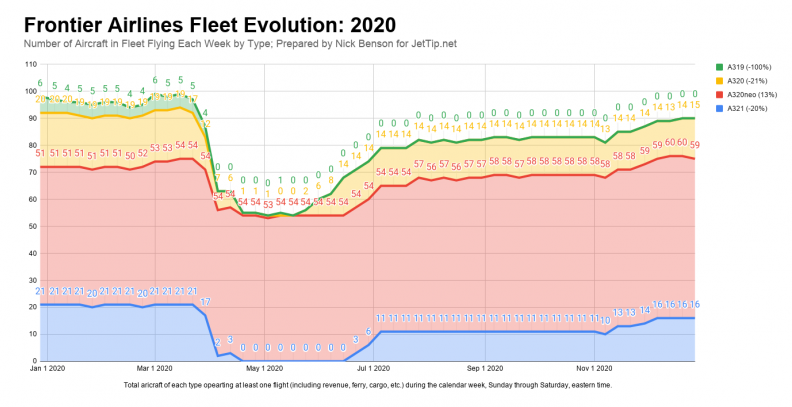 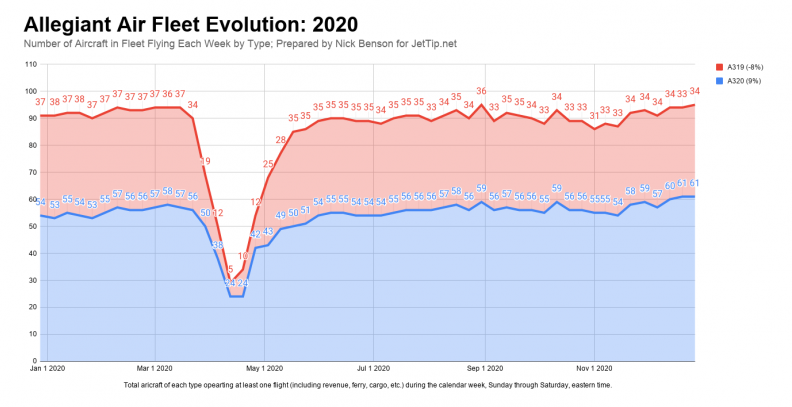 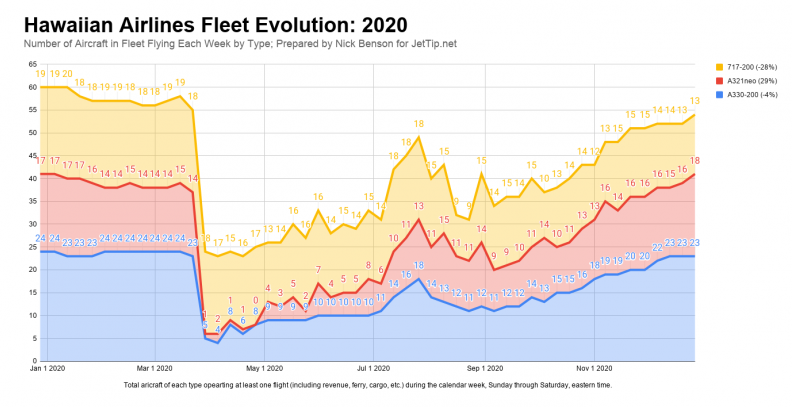 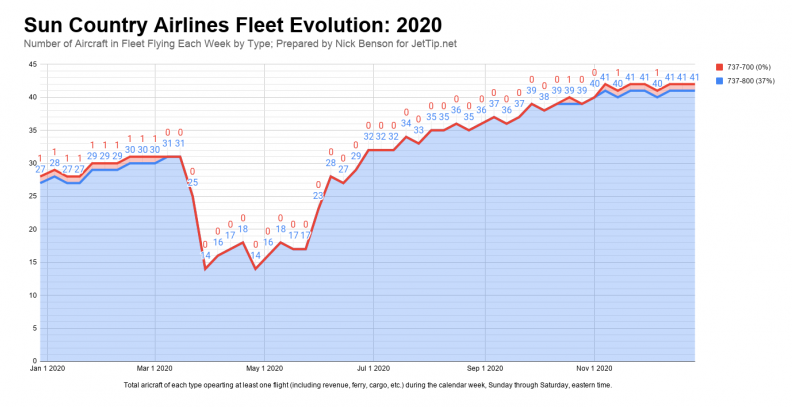