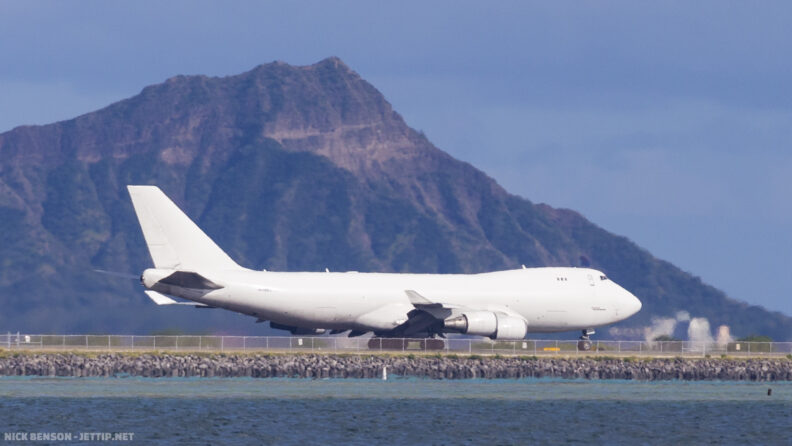 An Atlas Air 747-400F on taxiway RB, heading to runway 8R, with Honolulu's landmark Diamond Head looming in the background. Heavily cropped at 400mm with lots of heat distortion - it wouldn't make a great poster, but it's a cool angle from the north end of Kapilina / Iroquois Beach.

I was fortunate to spend a day watching aircraft in Honolulu on Monday, February 14, 2022. While the ongoing COVID-19 pandemic is certainly impacting traffic (ANA, Air Canada, Japan Airlines, and WestJet were the only non-US passenger carriers operating flights to HNL that day, each with a single flight), it's still pleasant spotting aircraft in paradise. If you'd like some notes on spotting in Honolulu, continue to the bottom of this post - otherwise enjoy some photos! All of these images were taken from Kapilina / Iroquois Beach, which is just west of the airport, on the west side of the entrance to Pearl Harbor. 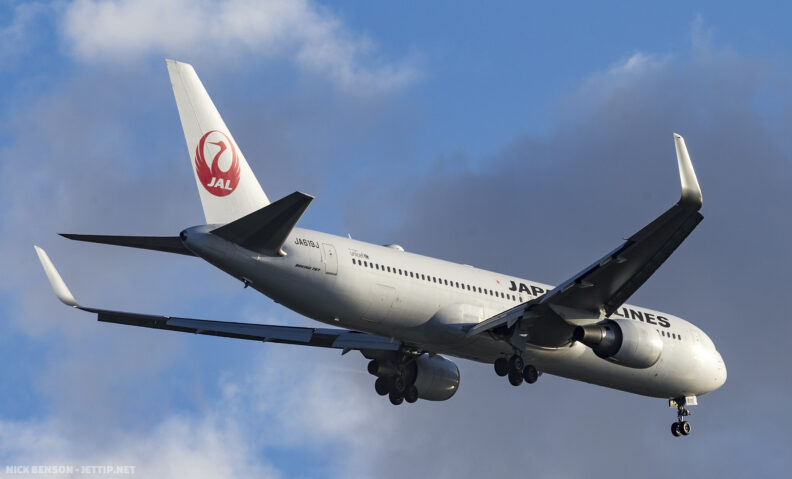 I was excited to catch this Japan Airlines 767-300ER; HNL is the sole US destination for JAL's 767s, though -300s are set to begin service to Kona in a couple of weeks. 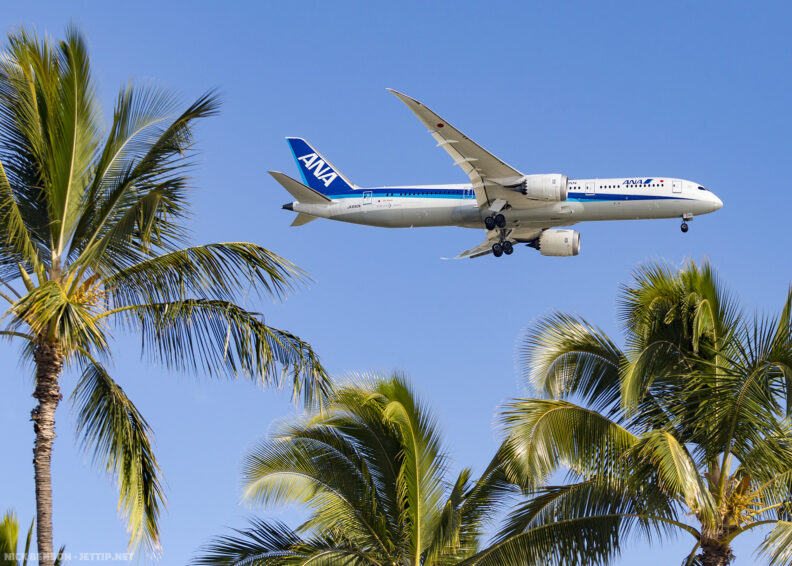 While not one of the specially painted A380s, it was still a treat catching this ANA 787-9. 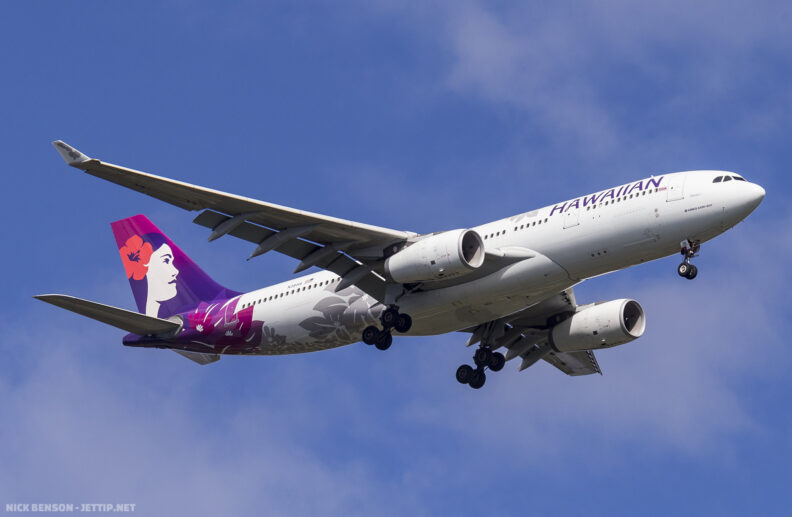 Airlines in the Pacific know how to do branding, and Hawaiian is no exception, with one of the best looking liveries around. Their A330-200s will remain the largest type in the fleet until the first 787-9 arrives next year. 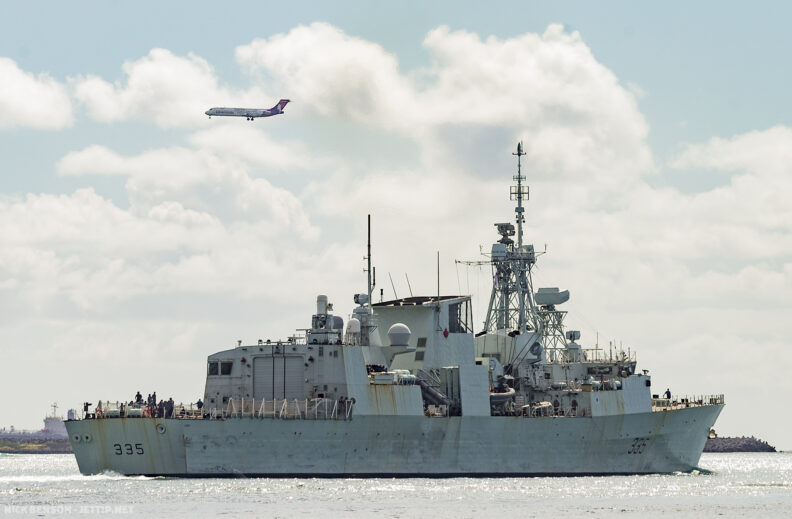 HMCS Calgary, a Canadian Halifax-class frigate, departs Pearl Harbor with a Hawaiian 717 on final for 4R in the background.

HMCS Vancouver, the second Canadian Halifax-class frigate spotted this day, departs Pearl Harbor with a Hawaiian 717 on short final for 8L in the background. 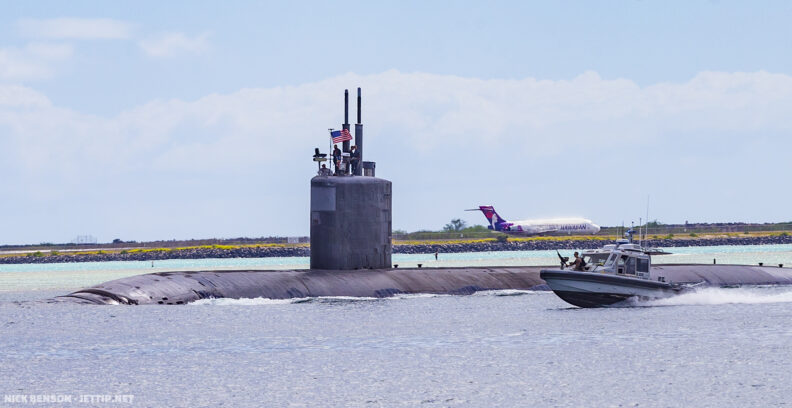 A Los Angeles-class submarine arriving at Pearl Harbor as a Hawaiian 717 prepares to depart on 8R. 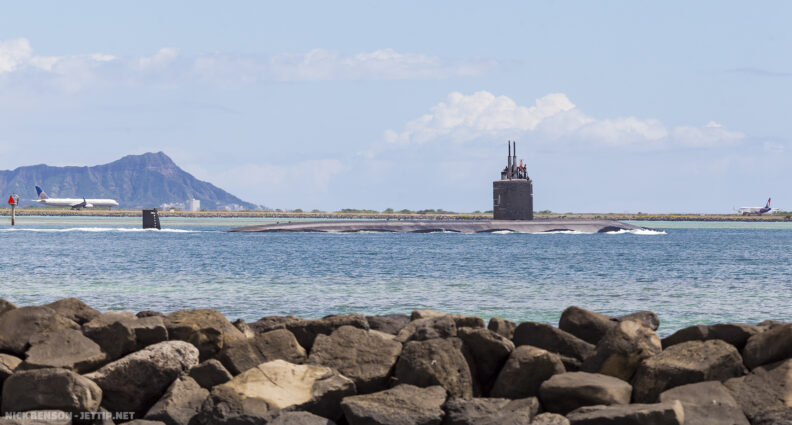 A Los Angeles-class submarine departs Pearl Harbor with a United 757-300 taxiing to Runway 8R, where a Hawaiian A321 is about to depart. 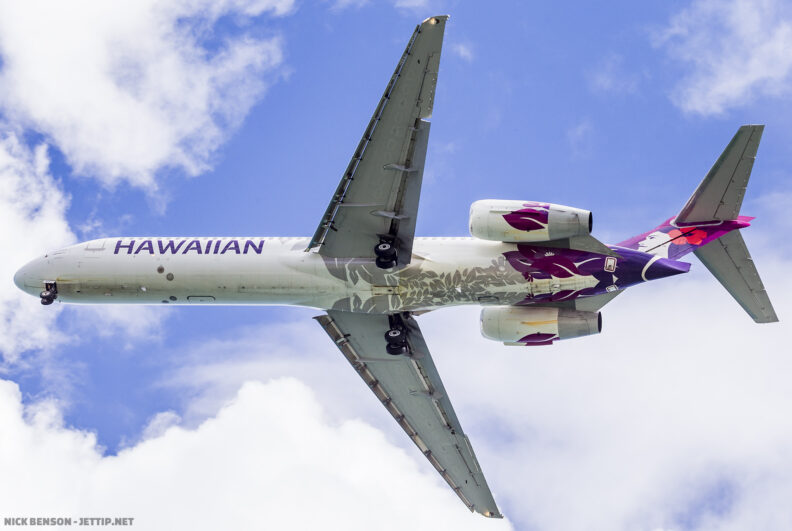 A Hawaiian 717 shows off her belly as she begins a sharp right turn to line up with runway 8L, just over the entrance to Pearl Harbor. 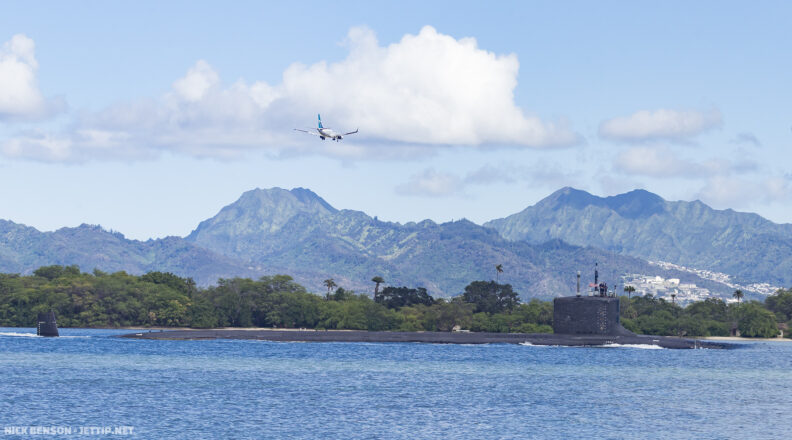 A Viginia-class submarine departing at Pearl Harbor as a WestJet 737 MAX arrives on 8L. 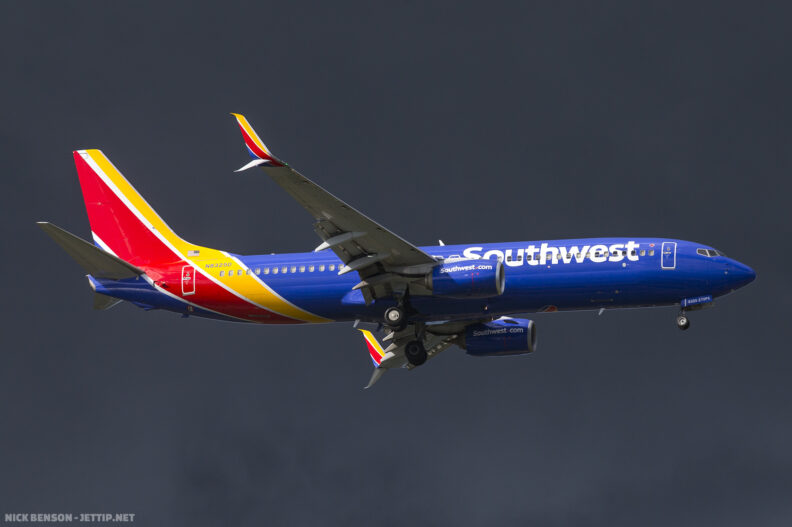 One advantage of the near-constant threat of rain showers is the occasional opportunity to catch an arrival in outstanding light. 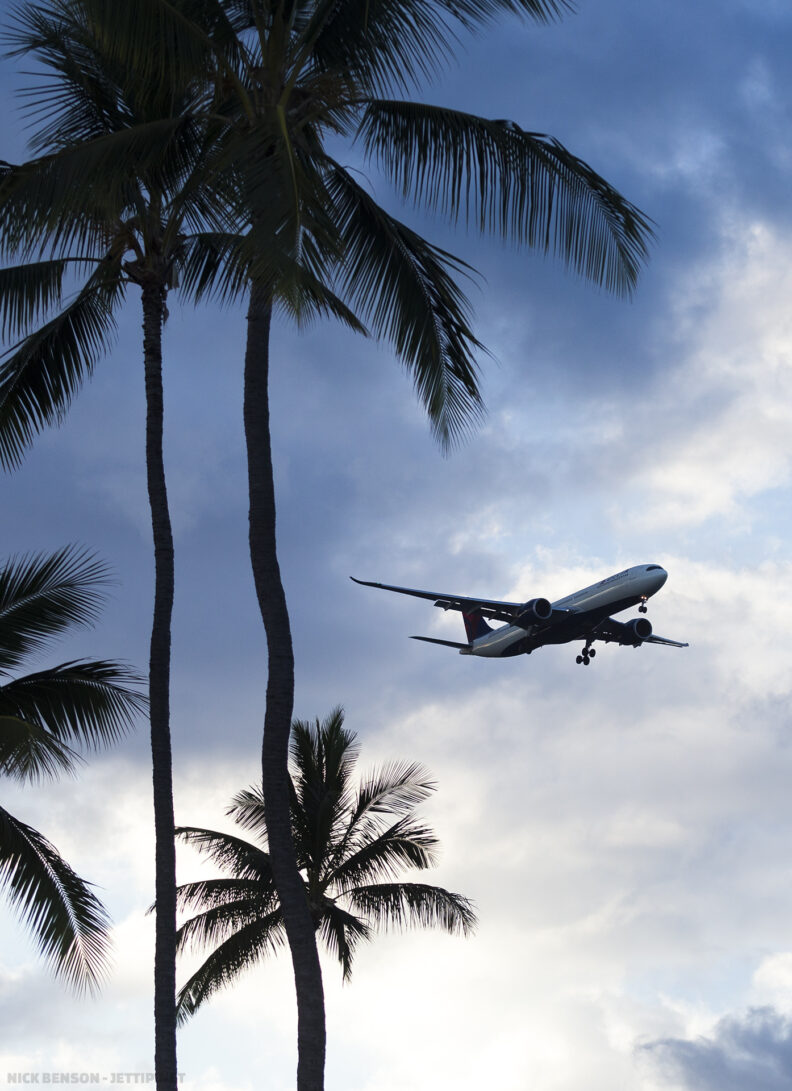 The lovely lines of a Detla A330-900neo arriving from Seattle. 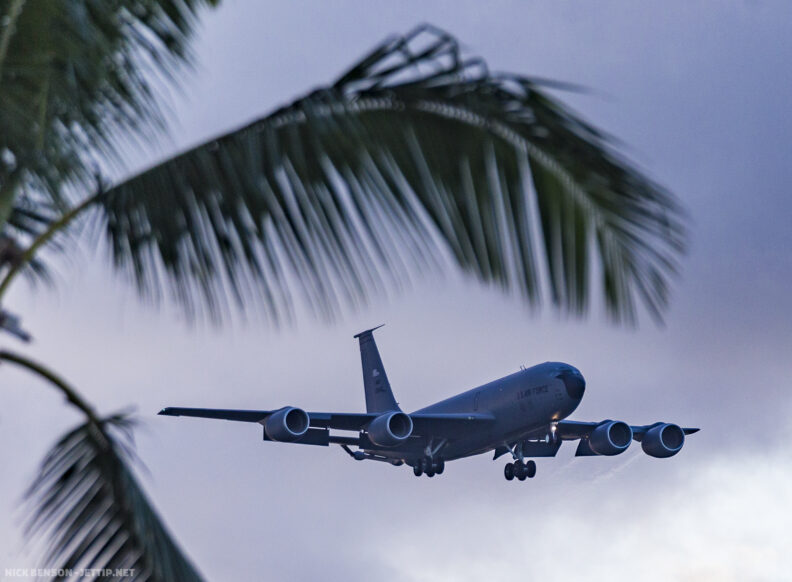 Other photos from around Oahu

Of course I didn't spend my entire trip to Hawaii on a low-quality beach next to Pearl Harbor; a few quick grabs from the rest of the trip, from various locations around Oahu. 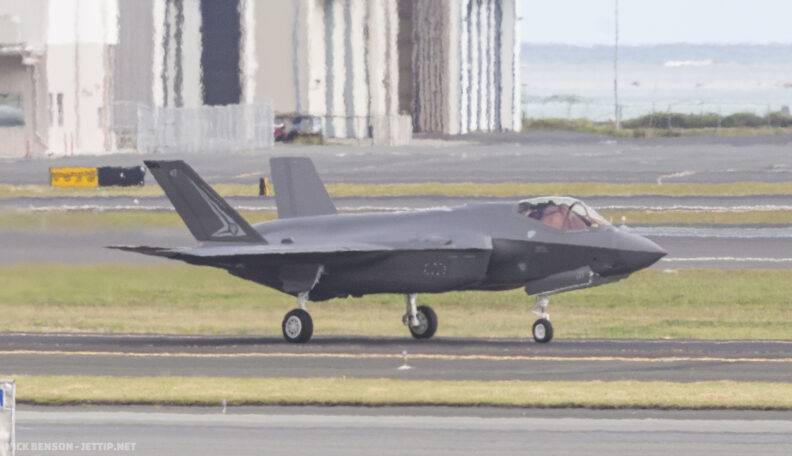 From the open walkway in the terminal between E2 and F1, currently used as a holding area for arriving passengers to be screened for COVID-19, one of four Royal Australian Air Force F-35As that taxied past. 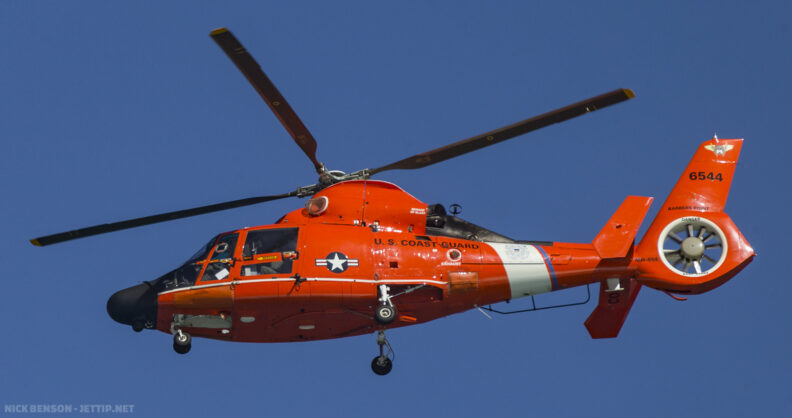 A USCG MH-65 Dolphin; a common sight along the coasts, but very exciting catch for this corn belt avgeek. 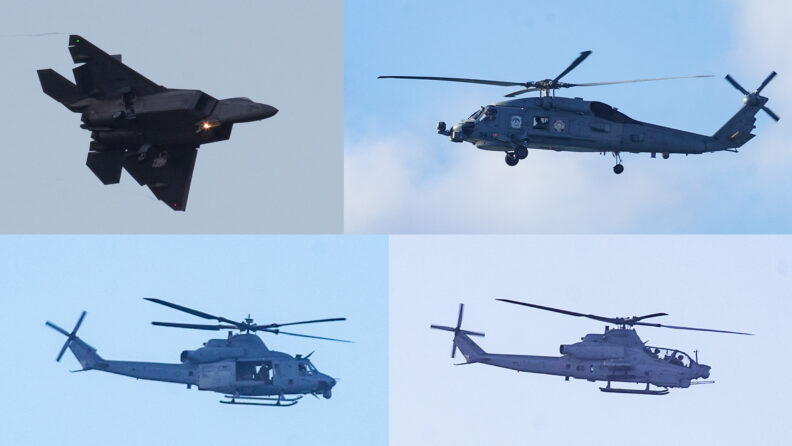 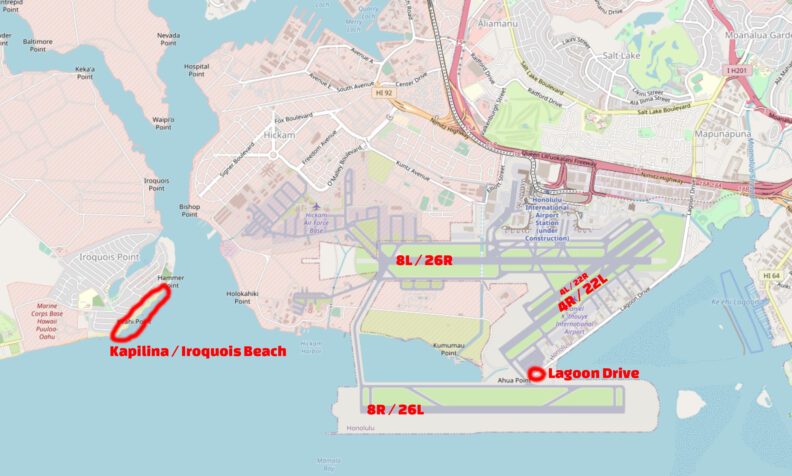 During normal conditions with easterly winds, military and larger passenger/cargo traffic arrives on 8L, the northerly of the main parallel runways; smaller aircraft and regional cargo arrives on 4R, the larger of the diagonal runways. Traffic generally departs on 8R, the southerly, reef runway, though 8L was used in the morning when there were limited arrivals.

While a single, minimally-planned trip to an airport does not en expert make (please see the guides at HNL RareBirds, Spotters Wiki, and Spotter Guide for better deep dives on the topic), a few things worth mentioning that I hadn't picked up when doing my research:

With respect to Kapilina / Iroquois Beach: