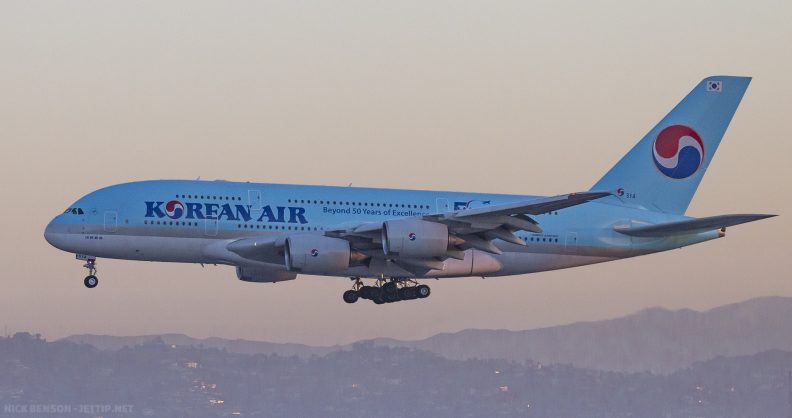 Korean Air has a fleet of ten A380 super-heavies, which before COVID-19, operated between their hub at Seoul to London, Los Angeles, New York, Paris, Sydney, and Taipei; by March 8 they were no longer flying.

Starting at the end of September, a single A380 rejoined the active fleet, and began operating a weekly flight between Seoul Incheon (ICN) and Guangzhou Baiyun (CAN) on Wednesdays.

A spokesperson from Korean Air confirmed the flights to Atlanta were for cargo, and that they'll continue to operate as long as market conditions allow.

Timing of the A380 flights were suspiciously close to the retirement of Delta's 777s, but that appears to be coincidental. A spokesperson from Delta declined to comment; Korean said the flights to ATL were unrelated to Delta's 777 retirement. Looking at Delta's fleet activity, the 777s haven't been regular visitors at ICN for some time.

Another interesting flight to keep tabs on is Jin Air's 777-200ER, which appears to be on a weekly schedule between Seoul and Los Angeles, flight 761 arriving at LAX on Saturday and departing on Sunday as flight 762. Jin Air is the LCC sibling of Korean Air.