After arriving at LAX mid-morning from MSP, I walked from Delta's terminal to the H Hotel, which served as the base for the SpotLAX event. Several members of the group had arrived the day before and had already left to tour Edwards Air Force Base; I met up with a few of the remaining folks on the rooftop deck for to grab a few photos; Sam Voit and I decided to head over to Imperial Hill - here are a few photo highlights.

One of Alaska's "More to Love" A321s preparing to depart, as seen from the H Hotel's rooftop deck. 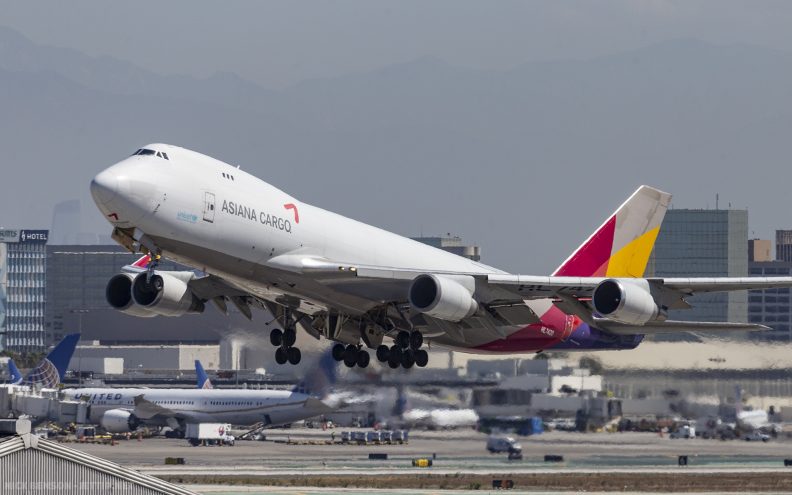 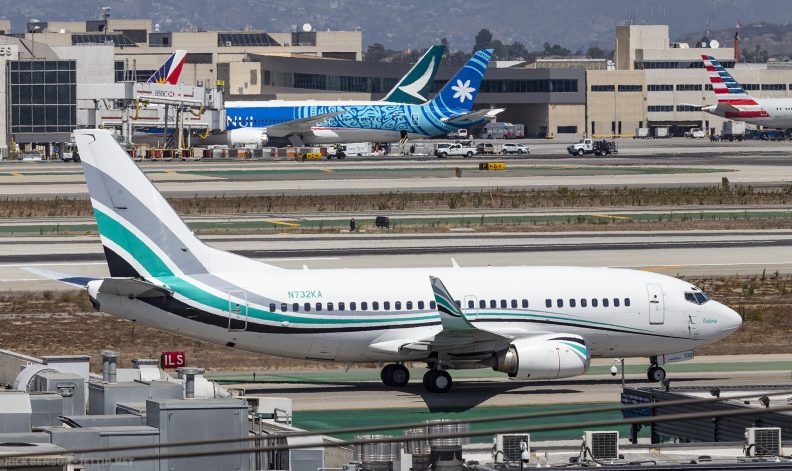 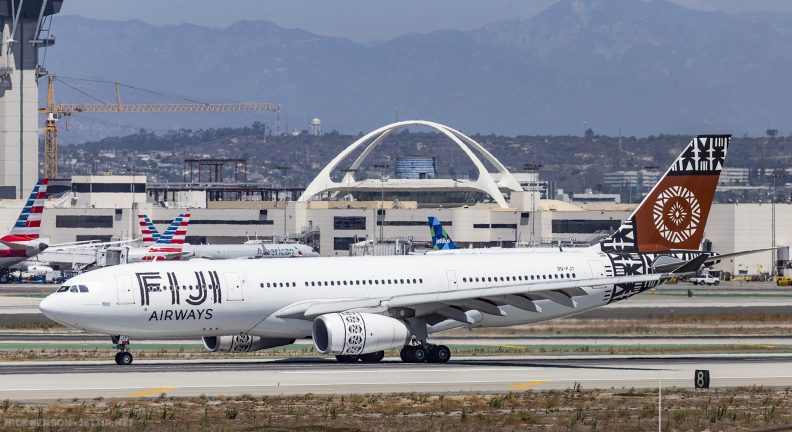 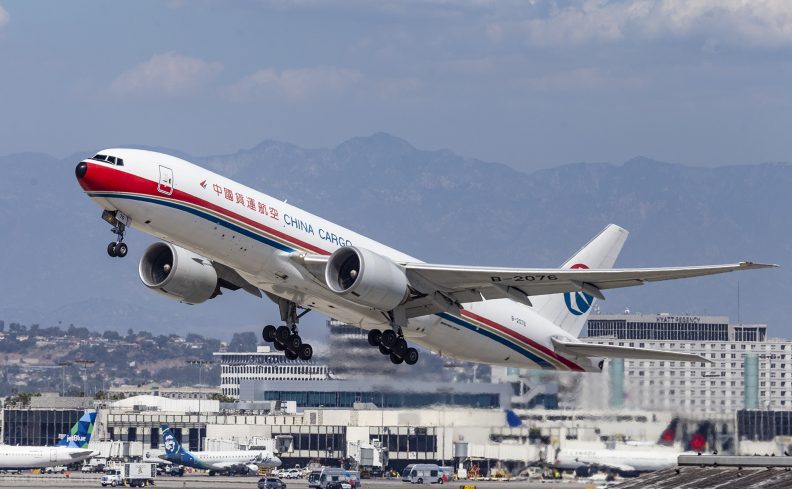 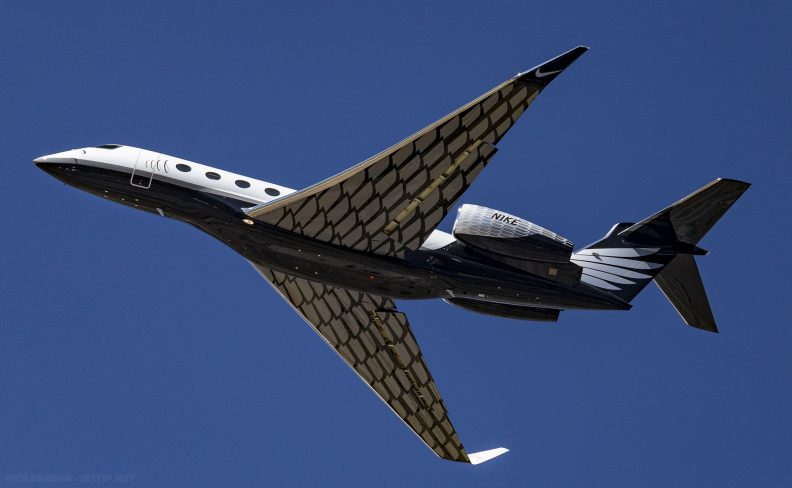 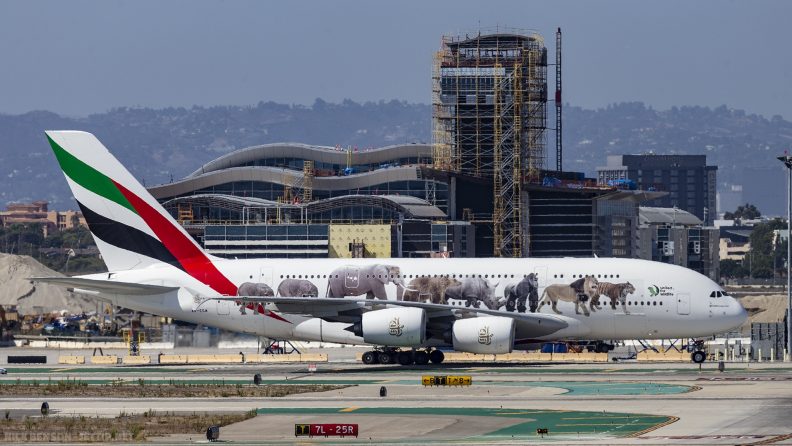 Emirates A380, United for Wildlife livery. 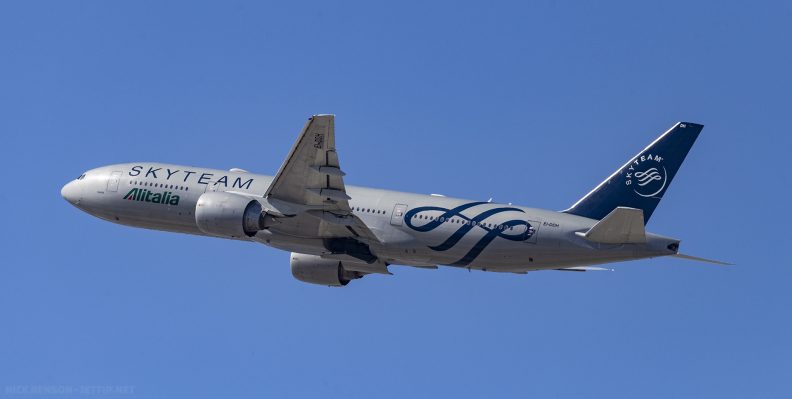 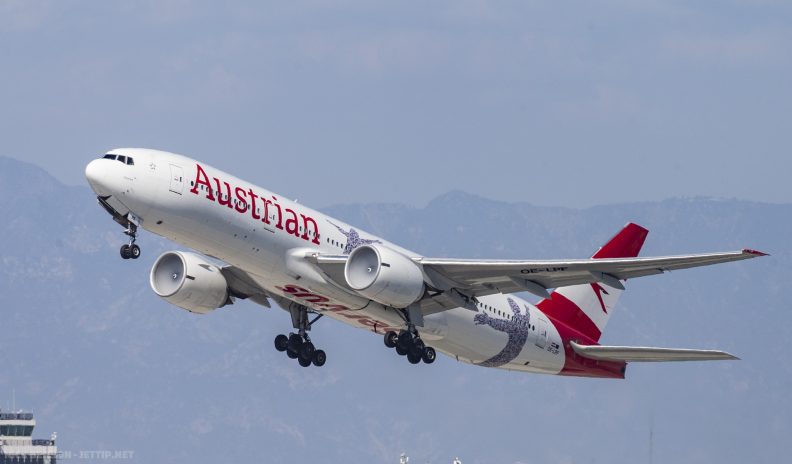 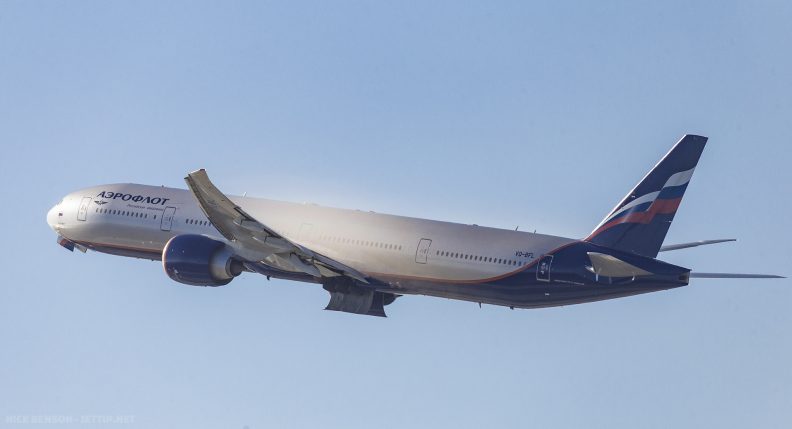 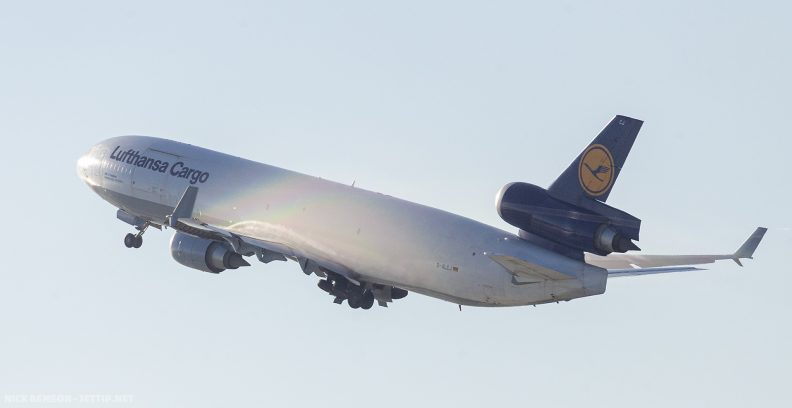 Lufthansa Cargo MD-11F; this was my first time witnessing the rainbow effect in person - pretty wild!

After the departure of the Lufthansa Cargo MD-11F, we met some friends for dinner at Hacienda Playa. The first official event of NYC Aviation's SpotLAX was the night photo workshop, alas I was fried after a very long day, and turned it to get some rest ahead of Saturday's activities.

After a good night's rest, I was up bright and early to catch some sunrise shots from the rooftop deck at the hotel. 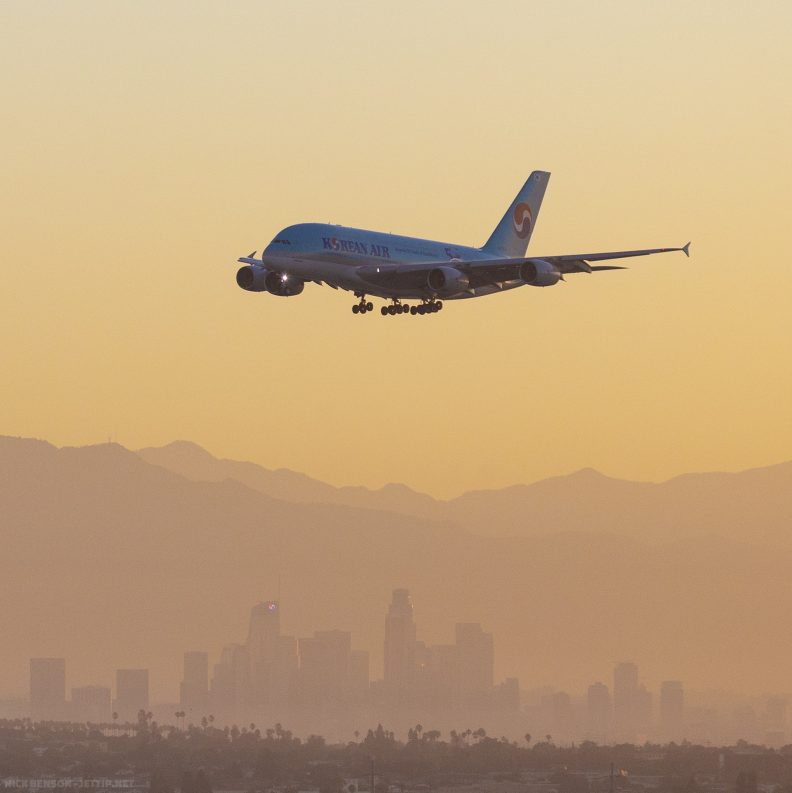 Korean Air A380 on approach over Downtown Los Angeles; I didn't realize it at the time, but, that's the Korean Air logo on the building in the background - apparently the structure and the airline are children of the same parent company. 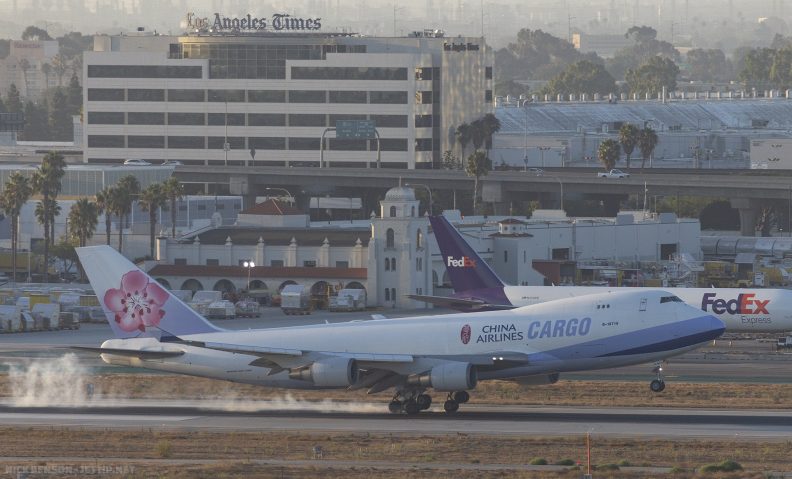 China Airlines Cargo 747-400F arrival; the Los Angeles Times building in the background is one of my favorite props visible from the H Hotel.

Saturday morning's next event was the Dorkfest airfield tour. We met at the Flight Path Museum (which is fantastic, and warrants a visit if you're ever in the area), got a look at the exhibits, and enjoyed some donuts and coffee before hopping on a pair of bendy buses and taking an airfield tour. The first stop was a short distance away where we got to take some photos from a unique vantage point.

After the photo stop, we drove around the airport, making it all the way to the west end were we could see the Qantas facility, then snaked our way back through TBIT, Terminals 4-8, and past many of the cargo facilities. While it wasn't a photo tour (at least for snooty guys like me who don't like shooting through bus windows), it was an absolutely fantastic experience - we had close encounters with a very healthy sampling of the aircraft operating at LAX that morning.

At the conclusion of the tour, we were dropped off at Flight Path, where we re-grouped and carpooled to get up to the main Dorkfest event, which was just getting started near the In-N-Out Burger. There was a huge crowd, and I was in sales mode, and handed out 150+ of the custom Dorkfest 2019 keychains, aircraft checklists, and stickers. While I didn't get a selfie with United CEO Oscar Munoz, my friend JL Johnson, who happened to be wearing one of the new JetTip t-shirts, did - how cool is that?

New for this year's swag collection was an aircraft checklist I put together, which had all of the operators for the major airliner families operating at LAX - it was awesome seeing it click with some people - there was some impressive dedication to getting them filled out! 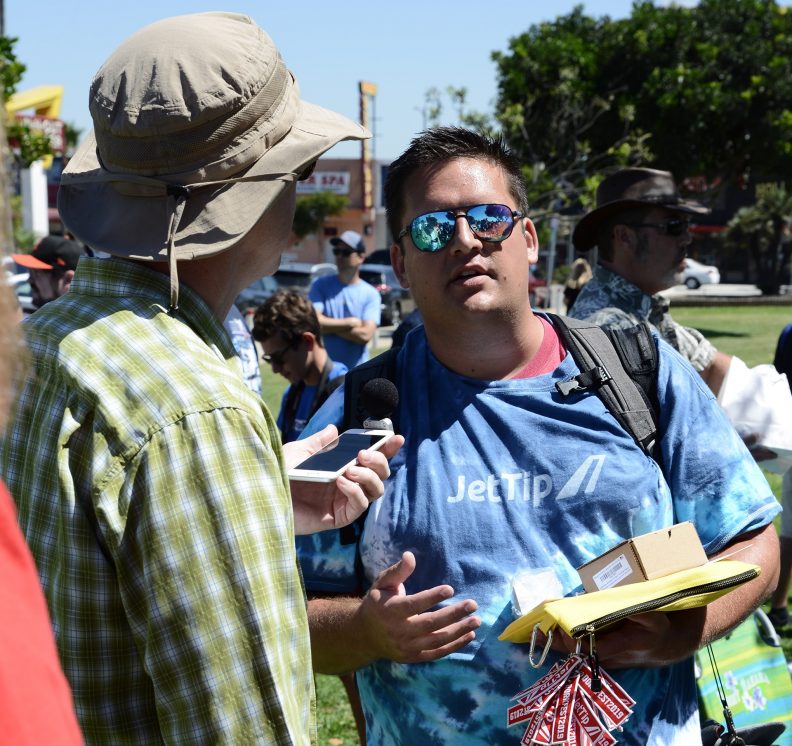 Getting interviewed by Brian Coleman for the Airplane Geeks Podcast.

Kudos to Brett Snyder / Cranky Flier for arranging another fantastic event! He's got a great write-up on his blog that's worth checking out. I can't wait for next year.

After things wound down at In-N-Out, a few of us went back to the hotel for a quick photo session from the deck. 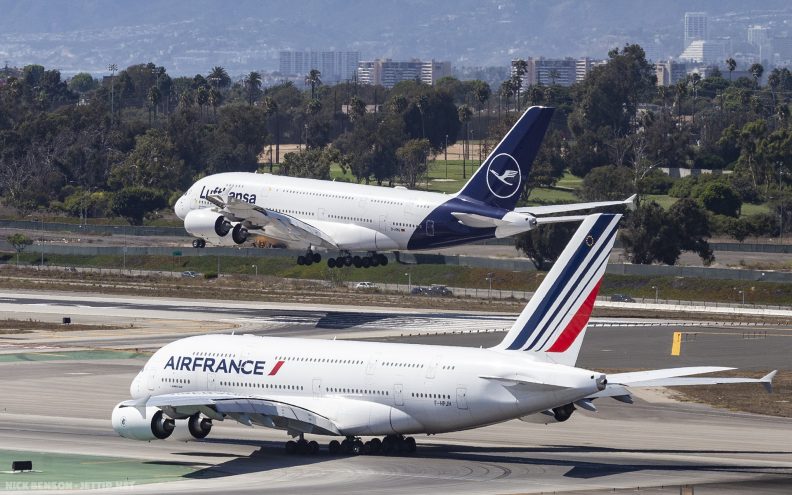 Lufthansa and Air France demonstrating the effects of flight on wing flex. 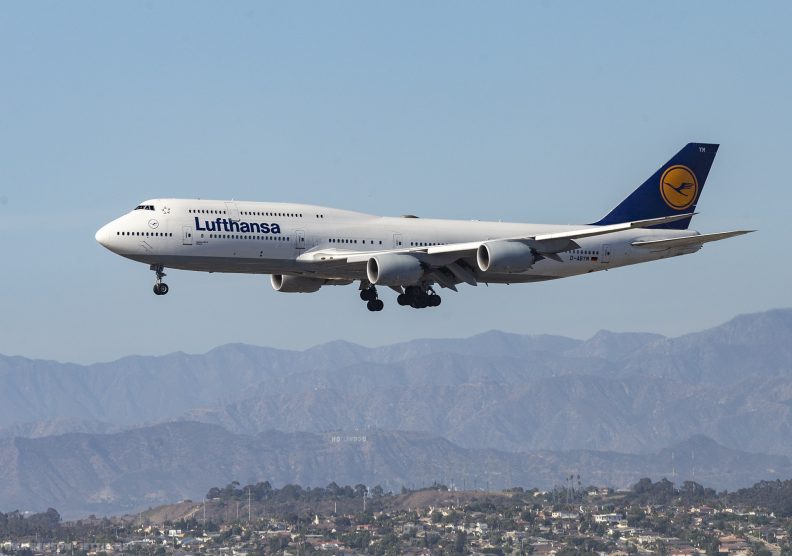 A Lufthansa 747-8i arriving over the Hollywood sign... did I mention the H Hotel is an awesome vantage point?

As evening rolled around, it was time for the SpotLAX dinner at Proud Bird, where we had a good-sized crowd for aviation trivia, which was overseen by Isaac Alexander. As dinner wrapped up, we received a smart flight alert for an inbound A340 - Hi Fly was operating one on behalf of Norwegian - wohoo! With Air Tahiti Nui recently ending their A340 operations at LAX, we were thinking we might not catch any. 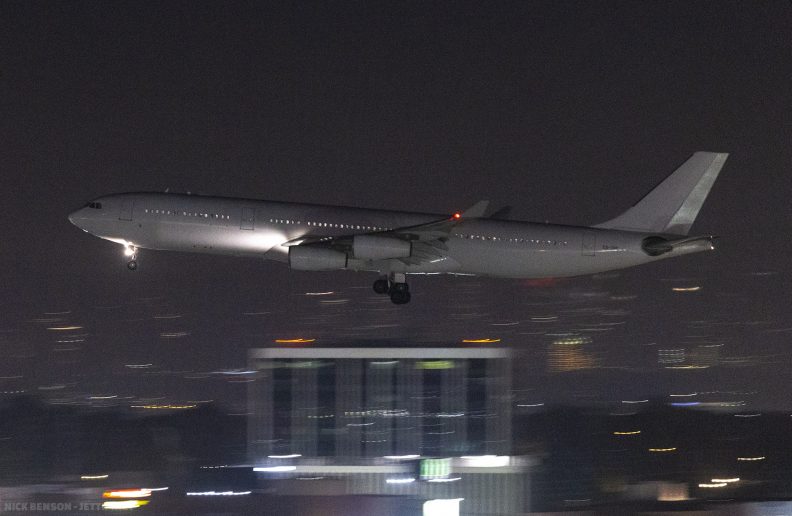 After a packed Saturday, Sunday was relatively low-key. Donuts on the Deck, the last official event of SpotLAX, took place, and many of us spent the morning hanging out watching airplanes arrive. 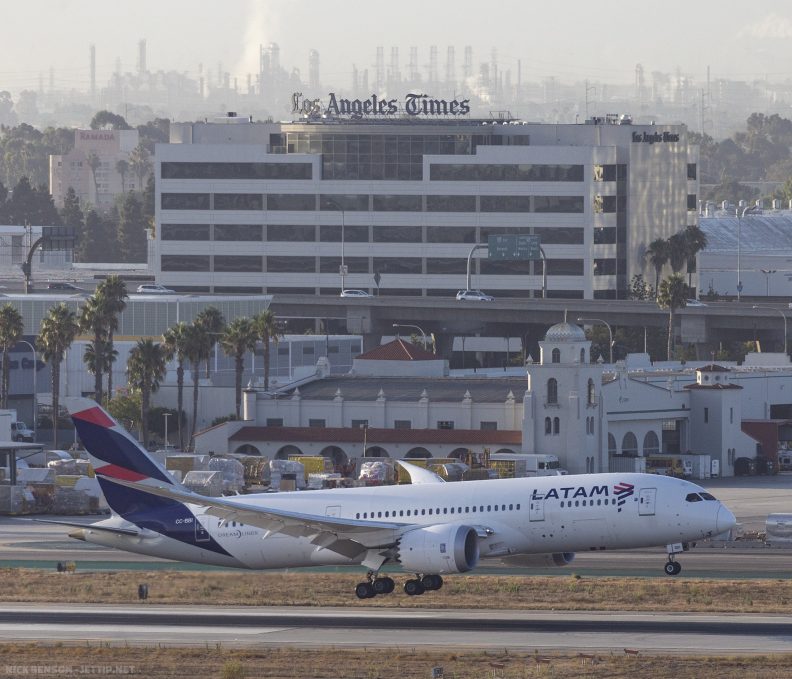 A Latam 787 arriving; while LAX doesn't quite match MIA with respect to South American heavies, there are still plenty to photograph. 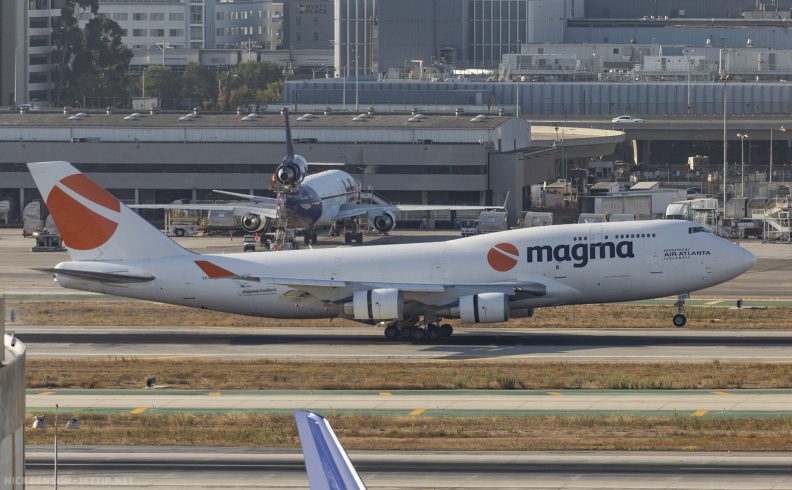 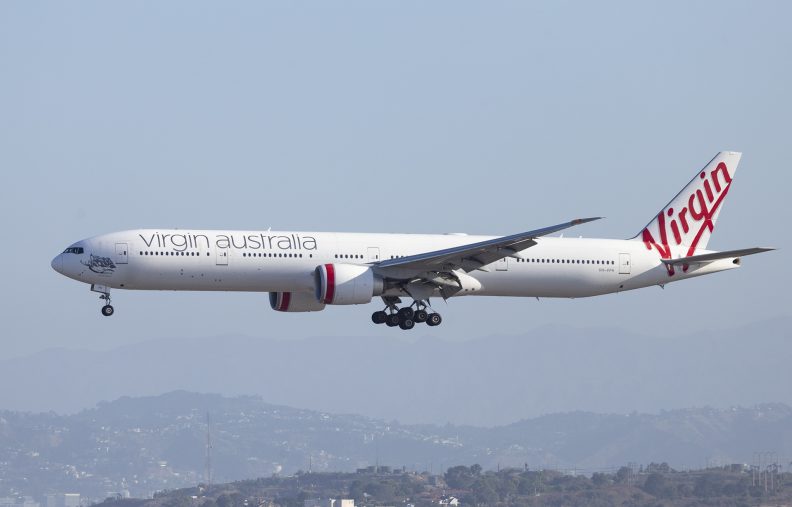 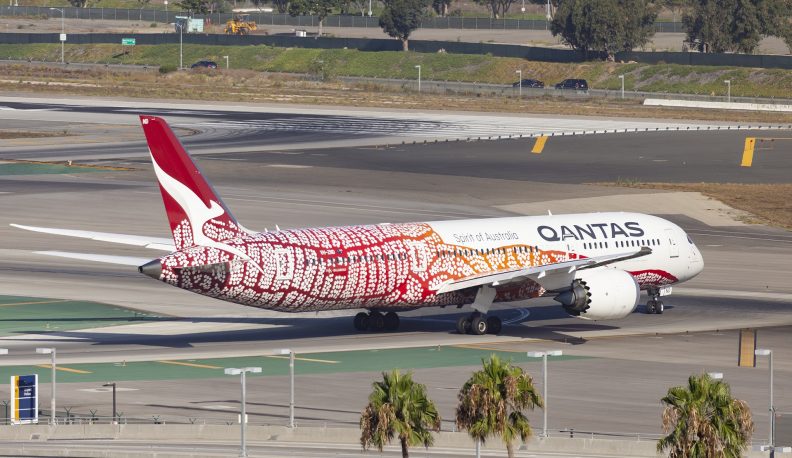 Special thanks to Ben and Heather at NYC Aviation for organizing SpotLAX, the H Hotel for hosting us, Cranky Flier for arranging Dorkfest, LAX for the airfield tour, and Isaac Alexander and Proud Bird for hosting trivia night. Check out #SpotLAX2019 and #CrankyDorkfest on Twitter for lots of additional coverage from everyone else who attended.