Sun Country Airlines is well-known for their colorful fleet of 737-700 and -800s that fly out of their hub at MSP. Perhaps I'm biased as they're the hometown airline here, but I think they're some of the best looking 737s flying. 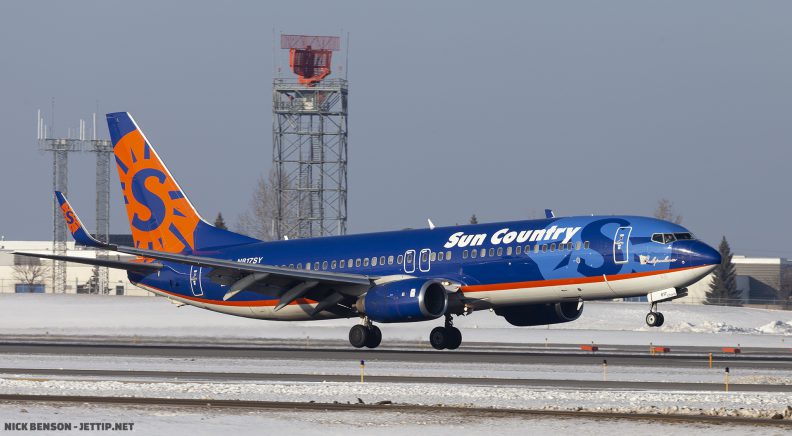 This is the oldest and most common paint scheme variation in service today, distinguished by titles (airline name) in proper "title case," and an over-sized light light blue version of the logo near the nose. 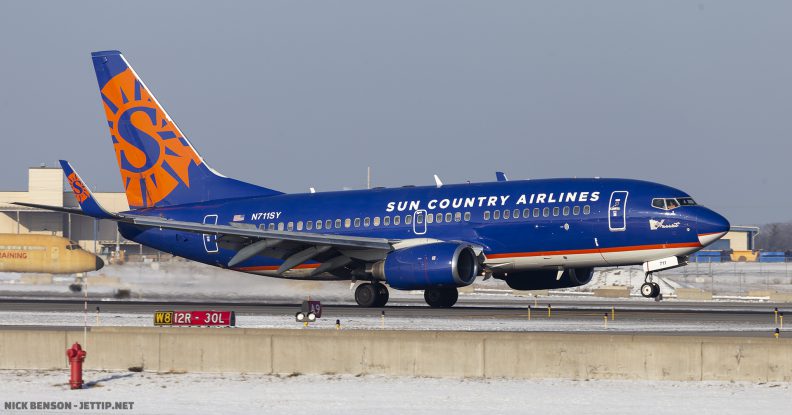 This simplified livery variant appeared in 2017 and is now worn by about a dozen aircraft. The titles are in uppercase, and the blue region is much larger (note the aircraft in this image has a nose cone in the old livery). 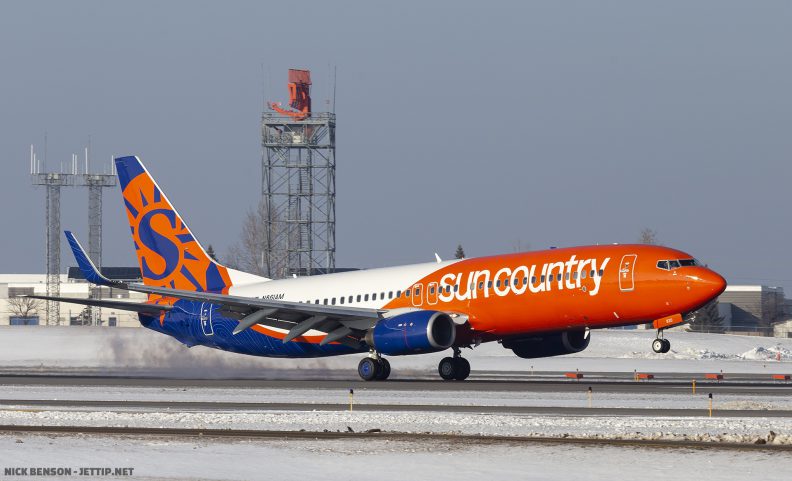 This is the new "Tide Pod" livery, which entered service in late 2018, and is currently worn by two aircraft, N860AM and N861AM. The new look was selected by employees, and the blue regions near the tail and winglets feature contours from a depth chart of Lake Minnetonka (Minnesotans are really into lakes). This appears to be a nod to the now discontinued practice of naming each aircraft in their fleet after a lake.

Sun Country is also noteworthy for being one of a handful of North American airlines that do seasonal equipment leases (Air Transat and Sunwing being other examples). For the 2018-2019 winter season, Sun Country will be flying three aircraft from Transavia, which receive a very spartan hybrid livery.

While the number of Tide Pod and Transavia variants remain small, they'll trigger smart flight alerts from JetTip if they visit your airport.