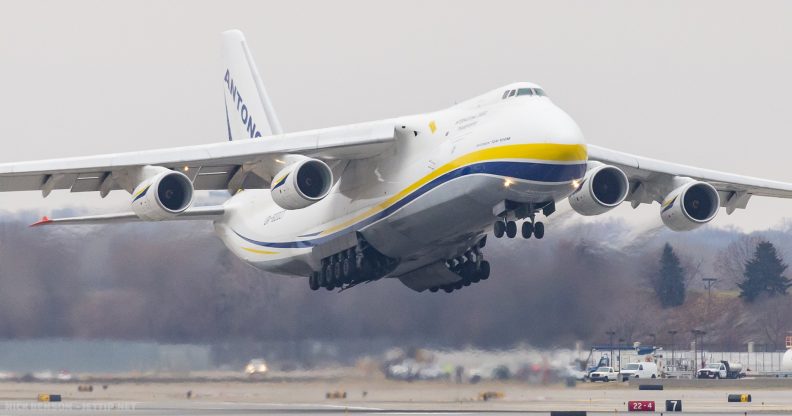 A laxative laden Antonov An-124-100M departing MSP for PHX on December 13, 2020. MSP has been a regular fuel stop for these Mumbai to Phoenix flights.

Aviation enthusiasts have been scratching their heads wondering about a series of flights being operated by Ukraine's Antonov Airlines between Mumbai and Phoenix. These flights have been unusual both in the number of intermediate stops being made (as many as six), as well as their frequency - three of the massive An-124s have completed the route so far, and a fourth is enroute.

The avgeek rumor-mill provided some hints at its cargo, with people saying it was carrying silica, seeds, or medicine; the payload is tons and tons of psyllium (pronounced "si-lee-uhm"), a plant grown in India, whose primary use is as a fibrous laxative. Coincidentally, psyllium is the main ingredient in Metamucil, which is manufactured in Phoenix.

One item of note for these flights has been the frequent number of stops they've made along the way between Mumbai and Phoenix. Aircraft on these flights have made appearances at BOM (Mumbai, India), KHI (Karachi, Pakistan), KRW (Turkmenbashi, Turkmenistan), LEJ (Leipzig/Halle, Germany), KEF (Reykjavík/Keflavík, Iceland), YYR (Goose Bay, Newfoundland and Labrador), BGR (Bangor, Maine), MSP (Minneapolis/St. Paul, Minnesota), and PHX (Phoenix, Arizona). With so many shorter legs, one could speculate they're trading range for capacity.

There have been four flights: 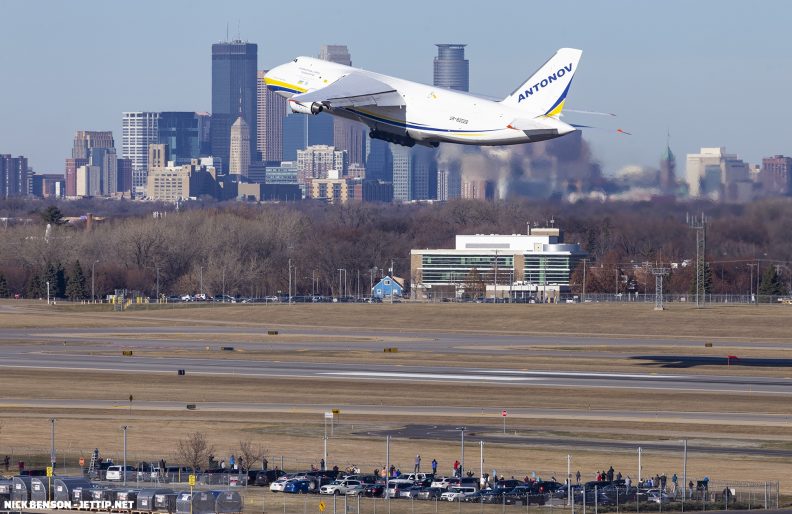 Dozens of people at MSP's official Aircraft Viewing Area enjoy the view of a Phoenix-bound An-124 on November 28, 2020.

Big aircraft are interesting to many aviation enthusiasts, and the An-124 is one of the largest aircraft flying. It has the highest payload capacity of any mass-produced aircraft, and it's longer, taller, and has a larger wingspan than most. The An-225, which is a heavily modified An-124, designed to carry the USSR's Space Shuttle, is even larger. Developed in Soviet Ukraine in the '70s and '80s, their visits to the US provide a rare opportunity to see a Soviet-era aircraft. If you'd like a heads up when one's on the way to your airport, check out JetTip's smart flight alerts.

Here in the US, most of the An-124s that visit are operated by Antonov Airlines or Volga-Dnepr. Volga-Dnepr recently grounded their fleet after a high-profile incident in Novosibirsk, Russia, though other operators, including Antonov, have continued flying theirs.

We had a visit from an @AirlinesAntonov #Antonov #AN124 #Ruslan on Saturday at @PHXSkyHarbor. I've seen AN-124's parked at PHX before, but this was my first time getting pictures of one flying. Really cool airplane to see up close. #Planespotting pic.twitter.com/EXaOuYFVN7

Why, exactly, are these flights taking place? Neither Proctor & Gamble (who produces Metamucil), nor Antonov Airlines have responded to requests for comment on this story.

Bulk agricultural commodities in these quantities getting shipped between India and Phoenix would usually make the trip by ship in an intermodal container, and then by truck or rail from the coast - the circumstances leading to shipping by air would have to be pretty unusual. There are some stories about the impacts of COVID-19 and severe weather on Indian exports, but it'd be nice to hear from someone with the real scoop - if you have any insights, please reach out - nick@jettip.net.